Android needs a bit of growing up for productivity

Tablets are on the cusp of a renaissance. Long described by analysts as a dying device category, tablets may have stumbled upon a new lease on life, a new reason for being. That will come through a redefinition of sorts, a transformation from content consumption to content creation and productivity. We’ve already seen that shift starting to turn, with the Microsoft Surface line for a good few years now, to Apple’s iPad Pro and Google’s Pixel C. But hardware is one thing. Software is a related but different story. And as far as Android is concerned, , and even iOS as well, the software has a bit of catching up to do.

This is not a blanket criticism of Android. Many of the growing pains that Google’s mobile platform is experiencing are also present in iOS. Some are even worse on Apple’s side. But given the iPad Pro’s head start and Google’s recent half-flop with the Pixel C, it is perhaps even more interesting to take a look at where Android currently stands and what can be done for the future.

Check out our in-depth review of the Pixel C to see how this nearly perfect hardware is somewhat marred by its software.

Tablets were initially designed for consuming content, like web pages, videos, and ebooks. They were, to some extent, larger but somewhat dumber cousins of smartphones. Advancements in mobile technology as well as the pervasiveness of the Internet, however, eventually introduced tablets to new use cases. People now compose documents, make great arc, and even compose music or edit videos on their tablets. In other words, tablets have become devices for productivity aside from entertainment.

Apple noticed this trend and Google eventually did as well. For Microsoft, it was really a no brainer as its core operating system was designed from the get go for that purpose anyway. It’s problem was getting to the other side, to become more touch and mobile friendly, which is admittedly a harder thing to accomplish considering decades worth of mouse and keyboard driven software. 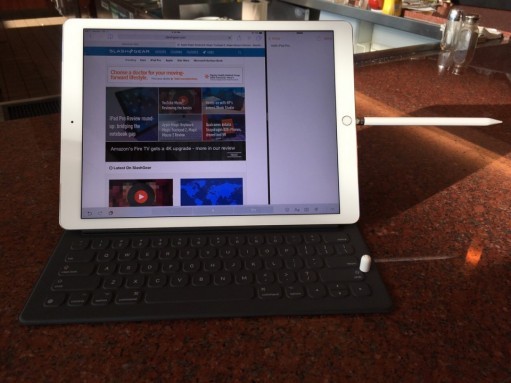 For Apple and Google, the challenge is to make their mobile platforms adapt to that new use case. And it wasn’t just about scaling apps to larger screens, which until today remains a sticking point. It would also mean retrofitting the platform or creating new conventions, like split window multi-tasking. Apple got to that point, partly, with iOS 9 and the iPad Pro. Google, however, seems to be a bit lagging behind.

The problem: a late tablet bloomer

It seems that Google has been traditionally late to the tablet party. It was, for example, slow to jump on the tablet bandwagon. Apple launched the first iPad in the first half of 2010. Near the end of the year, Samsung would launch the first Galaxy Tab, practically a 7-inch smartphone (it could make phone calls!). Even before that, there were already a few attempts at an Android slab. At that time, however, Google wouldn’t even consider Android on tablets. As such, the Android on the Galaxy Tab was literally a stretched out smartphone user interface.

It would be a year later in 2011 when Google would release 3.0 Honeycomb, a tablet-only release. It was, as some might put it, an unmitigated disaster. The release felt rushed and it showed in the quality of the software. It almost felt like Google was in a hurry to finally bring Android to tablets officially. Less than a year later, it would launch 4.0 Ice Cream Sandwich, for both tablets and smartphones, which would eventually improve the experience on tablets. But still not completely. 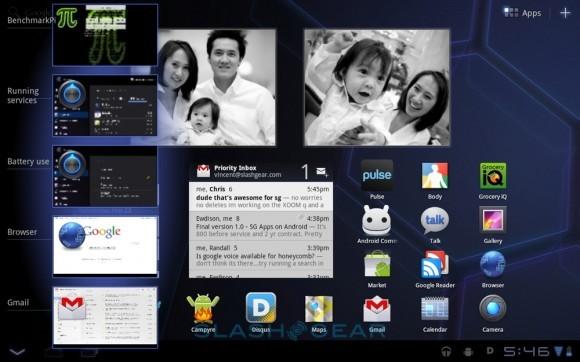 Fast-forward to today, there are still some apps that are not optimized for tablets. While in some cases it might be understandable for phone-only apps, many are just plain broken or painful to look at. And it’s not just the third party apps either. There are many features underneath Android’s hood that would have been great with tablets, like split windows, multiple windows, and more. Much of the requisite functionality is there, as evidenced by both OEM and third party “hacks” that enable these features. Google just hasn’t officially declared them as supported features, though it should probably do so really soon.

A peek at the future

An Android that scales to both tablets and mini PCs will have to address several key points. The good news is that much of them are already there, lying dormant or in need of more polish.

The first is input methods. Today’s tablets and their software were designed with only touch in mind. 2-in-1 tablets and PCs, on the other hand, live by keyboard and mouse. There’s little to complain about Android’s support for external keyboards. Support for mice, on the other hand, is inconsistent at best. Anything beyond a left click behaves differently depending on the app. Right-clicking may or may not work, as well as dragging to select. It is quite telling that the Pixel C’s keyboard doesn’t even have a touchpad, forcing users to fall back on touch.

A second and now more contentious area is UI multitasking. While Android users have long prided the platform to offer “true” multitasking (as opposed to earlier versions of iOS), this time Apple has beaten Google to the punch. The Pixel C’s large screen and resolution is perfect for split screen, but none of the apps, not even Android itself, supports that.

And finally, there also need to be changes under the hood as well. Somewhat like iOS, Android implements a rather aggressive memory manager, killing apps that are not used in the background to save up on resources. Great for smartphones but terrible for a PC-like setting. On tablets, depending on the case, that might still be forgivable but not for the more heavy multi-tasking the future might require.

And it’s not like Android isn’t capable of any of these. There have been various examples from OEMs and custom ROM makers that reveal that the functionality does exist beneath the surface. Samsung’s TouchWiz, though notorious for its heavy-handed customization, is a clear example of that kind of functionality. Of late, Jide’s Remix OS attempts to offer a near-desktop experience, both in interface and in OS behavior. And, to some extent, they do work, save for a some rough edges that do need Google’s hand.

Android was initially conceived as a smartphone platform, but in its nearly 8 years of (public) existence, it has spread to far more than the computer In your pocket, from tablets, to watches, to TVs, and even to cars. Android is truly everywhere, so it shouldn’t be surprising to see it in laptops and PCs in the very near future. How soon that future will come, however, is now up to Google. It has hinted that Android N will see many of these much needed changes finally and officially implemented. Hopefully Google won’t be taking its sweet time this time around.