We’ve got our fingers a tap tap tapping away already at the Android Market version 3.0.26 just announced a couple hours ago via Google, and what do you know? We’d love to give you a full look. This newest version of the Android Market has a full facelift and opens the Movie and Book doors to the world for full rental and purchase options. You’ll have to update your Videos and Books apps to gain access to these new bits of media – but all the new versions work today!

First what you’re going to want to do is take in the big changes in the front of the market. You’re going to see some big rectangular boxes dominating the landscape now, each of them containing a shortcut to a piece of media you can purchase, each of them color-coded so you know if they are apps, books, games, or movies. You’ll still be accessing the market with your Google account, so no need to update your credit card information or anything like that. 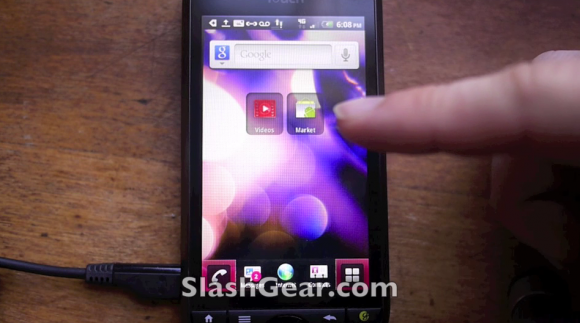 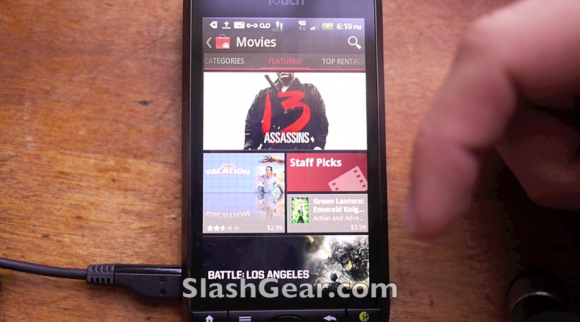 The first item that should be on your docket to look at is Videos. For example we accessed the classic cartoon and basketball film Space Jam. All we had to do is find the movie the same way we’d find an app, by searching, purchasing then the movie with the same process we’ve used to purchase apps in the past – two or three taps and we’re done! 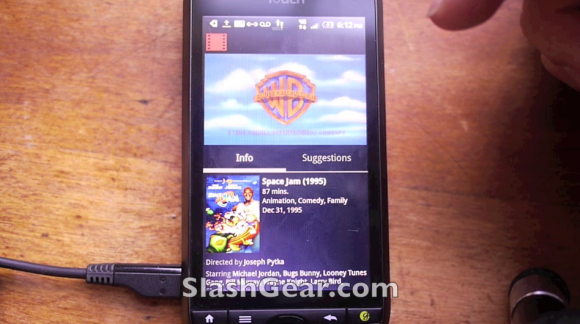 Once you’ve got the video though, what do you do with it? It’ll be sitting pretty in your official Google “Videos” app. Don’t have the most recent version? You’ll need to download it asap so you can get to that sweet 1990’s b-ball action. Movies sit inside the Videos app very similar to how they do in the most recent YouTube app. Coincidence? Methinks not. 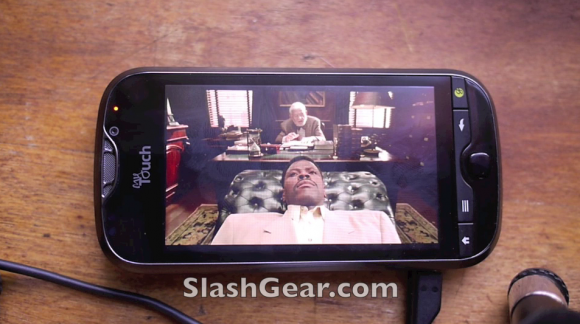 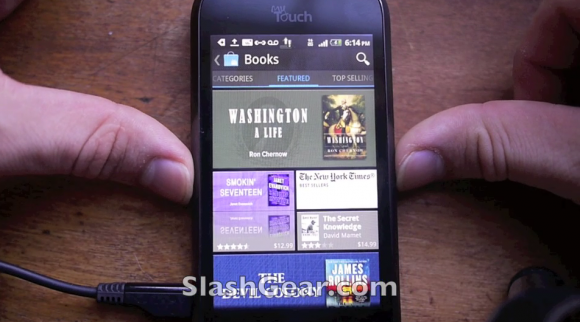 Books work VERY similar to Movies in how they’re purchased, downloaded, and set in an app. In this case they’re set in your stock Google “Books” app which, again, you’ll have to download if you don’t have the most recent version. Books open very basic and not in any real new way compared to how they’ve been working in the Books app this year thus far. 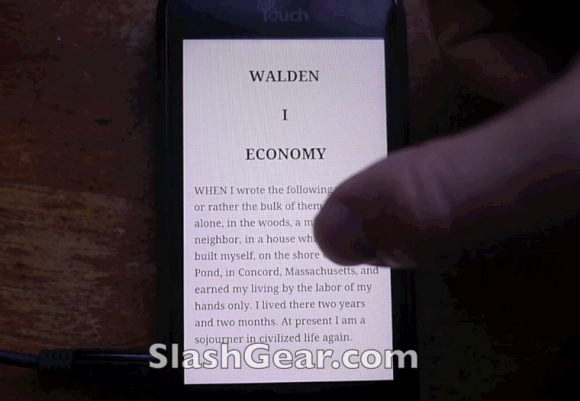 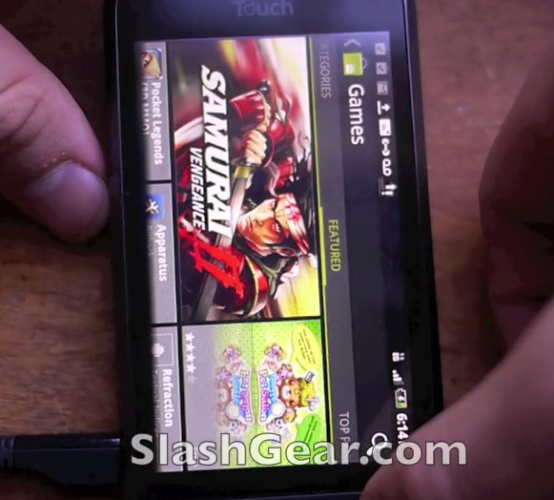 In that their individual listings aren’t all that new, Apps and Games sit in the market very much the way they have in the next newest version of the Android Market. The difference is in the aesthetics, a slightly nicer look, depending on how you look at it, and a nice way of handling landscape mode for each listing. 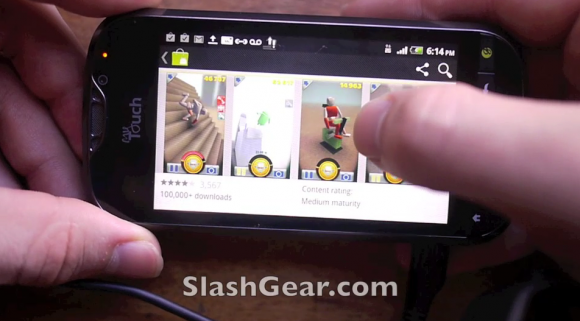 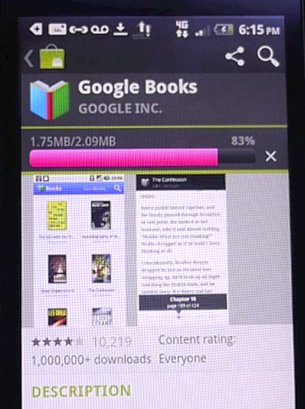 Have fun and keep grabbin them apps, and now movies and books! AND remember that you can now get a [hands-on video with the myTouch 4G Slide here on SlashGear] and a [full review of the device] over on Android Community!