As if you needed another reason to want the NVIDIA SHIELD Tablet, here’s one: this tablet will be getting Android 5.0 Lollipop as soon as NVIDIA can muster it. This means everything we discussed yesterday in our Android Lollipop guide: everything a Nexus needs to know and likely more. NVIDIA has been really good about incorporating Google’s must-have features for Nexus devices into their own tablet lineup and have incorporated some feature even Nexus devices don’t have yet – like on-device screen recording.

You might be asking yourself at this point – what’s the difference between the new Nexus 9 tablet and the NVIDIA SHIELD Tablet? Not just one whole heck of a lot. They’ve both got the same processor under the hood, both have front and back-facing cameras, and both have front-facing speakers. The HTC-made Nexus 9 does have a larger display and a few more pixels. 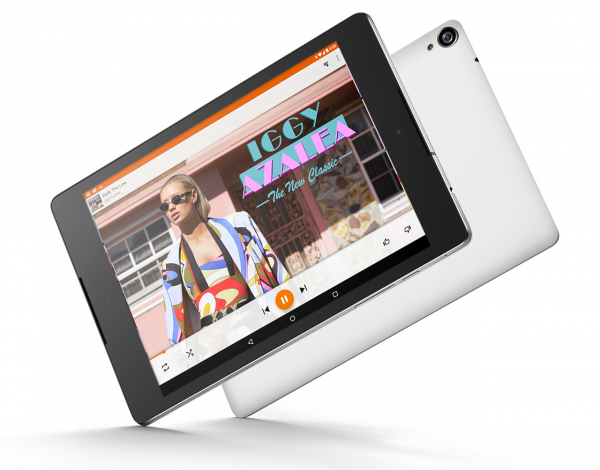 But the Nexus 9 won’t have the same PC connectivity that the SHIELD Tablet does. The NVIDIA SHIELD Tablet has its own stylus built in to its body, and it rolls with side-facing bass in addition to its front-facing speakers.

But don’t these devices look similar? Yes they do.

While neither NVIDIA or HTC will say, I’ve still got my suspicions that there was some design collaboration between HTC and NVIDIA at some point for NVIDIA’s tablet lineup. Keep your ear to the ground on that one.

We’ll be getting our hands on the HTC-made Nexus 9 soon – it goes on pre-order tomorrow and sale later this year. We’ll have both a hands-on and an eventual review as well. Stay tuned!