Today Google revealed the newest build for Android in Android 12 Beta 2. This operating system update is available for the latest Google Pixel phones as well as a variety of 3rd-party partner devices before the final full version is released later this year. Android 12 Beta 2 adds some interesting features, like microphone and camera indicators, microphone and camera toggles, clipboard read notifications, and a brand new “Internet Panel.” There’s also a newly-empowered Privacy Dashboard.

Android 12 Beta 2 works with new toggles for both Microphone and Camera access. This should be very, very interesting to see in play, as this is the first time Google’s given direct and simple access to overarching camera and microphone access.

With these toggles, you’ll effectively have the ability to virtually cover your camera and block your microphones. Apps will see a blank camera and silent microphone until you flip the switches back to ON.

Android 12 Beta 2 also adds microphone and camera indicators. In your status bar in the upper right-hand corner of your screen, you’ll see microphone and camera icons appear if they’re being accessed at any given time. Quick Settings will give users access to information on which apps are accessing camera and/or microphone data on-demand. 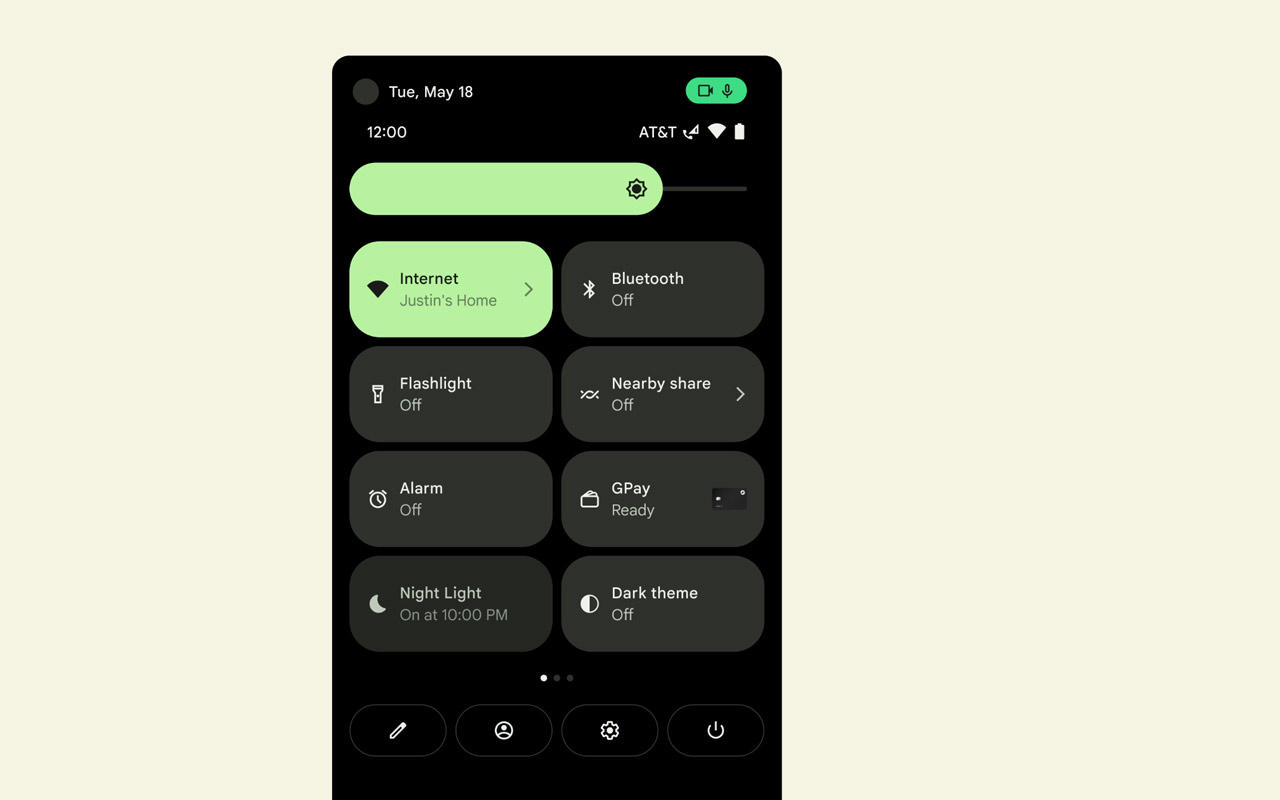 The “Internet Panel” is effectively the list of Wi-fi connections the device has available along with a toggle for mobile data. In Android 12 Beta 2, it’ll say “Internet” as well as “tap a network to connect.” This panel will appear VIA the Internet button in Quick Settings.

The Internet Panel is a good example of places where Google’s aimed to make the entire “connectivity experience” easier to access and simpler to understand. The “Internet” button should appear in the upper left-hand corner of an Android 12 device once the notification panel is pulled down, at the head of the Quick Settings collection. 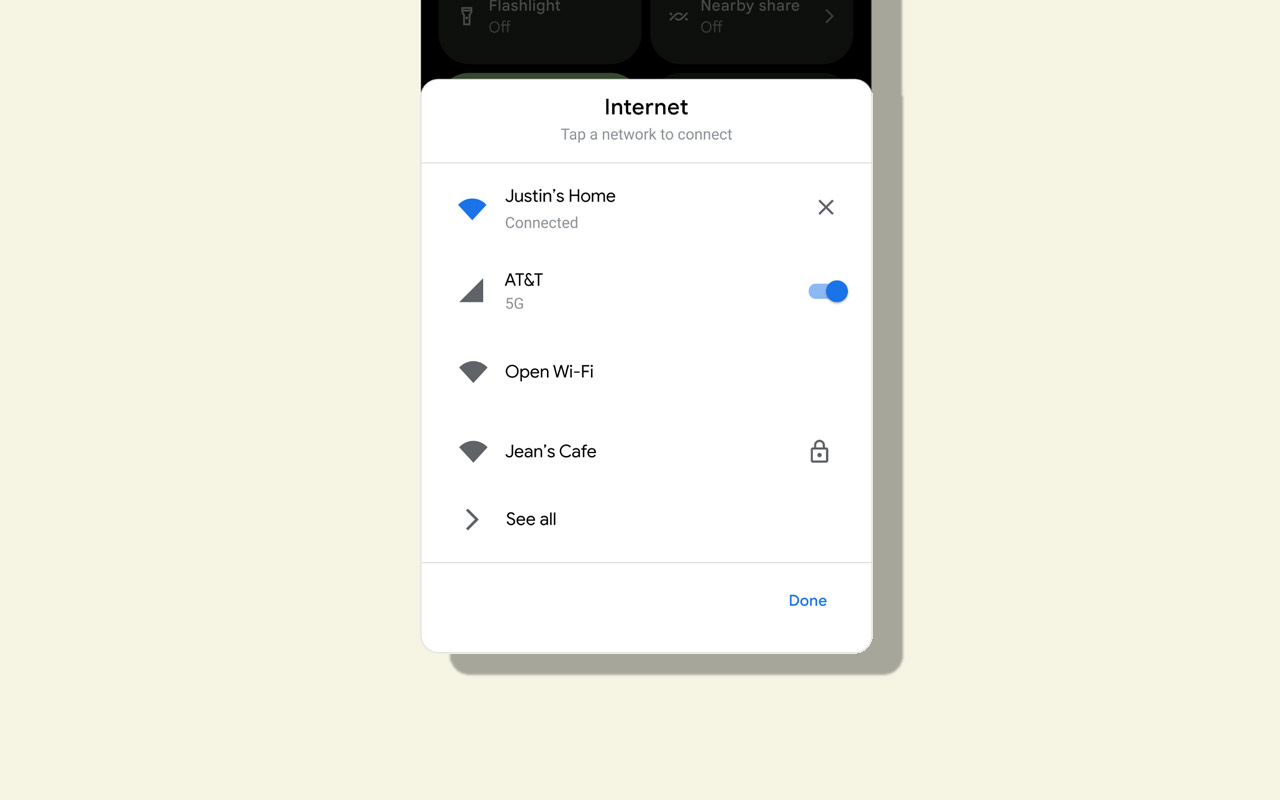 The Privacy Dashboard can be accessed in Settings. With this dashboard, users are able to access a “simple and clear timeline view” of all the points at which items like microphone, camera, and location were accessed over the past 24 hours. With this system, it’ll become a lot more clear how much certain apps are taking advantage of the amount of attention users give to app access to user data: very, very little. 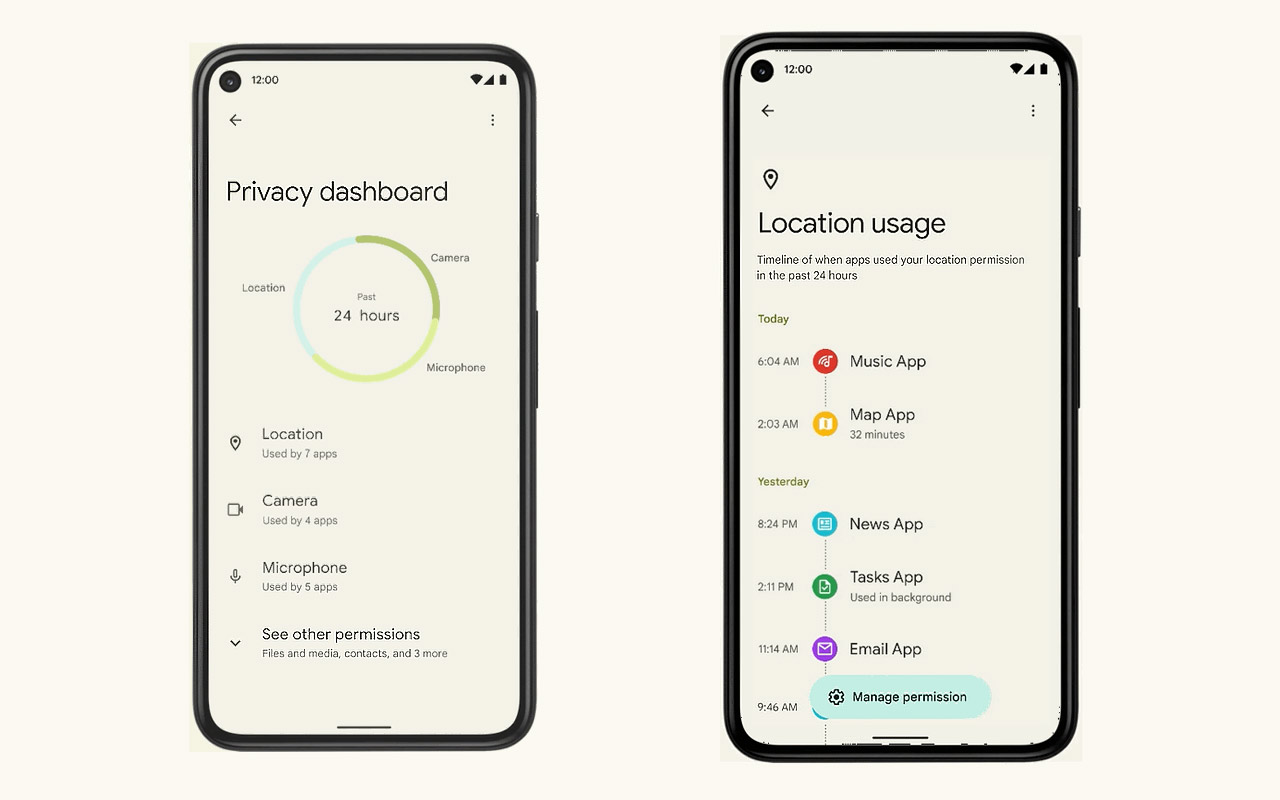 There’s a new “clipboard read” notification in Android 12 Beta 2 that appears whenever an app reads from a user’s clipboard. Android 12 Beta 2 won’t show the toast every single time – it won’t appear if the clipboard was copied from the same app that’s requesting the data in said clipboard. Can’t wait to see the custom mod that changes the toast into Mortal Kombat’s own TOASTY!