Researchers dug up what’s now the world’s oldest tattoo kit of its kind ever recovered. Four individual bone combs were found at a site in Tonga, Polynesia, and were revealed to the public this week. These implements confirm that the angle-hafted bone comb technology still used today has been in use for approximately 2,700 years or more.

Analysis suggested that at least two of the four bone combs were human bones. Co-author of the research and co-discoverer of the bones Dr Michelle Langley, from Griffith’s Australian Research Centre for Human Evolution, said the bones are most likely human. This, she said, was due to the fact that no other mammals of a size (equivalent to the bones) were on the island at the time the bones were created.

These bone comb tattooing instruments are not the earliest evidence of tattoos in the world. The earliest evidence of tattooing is on mummified remains approximately 5,300 years old. It’s the tools that haven’t popped up so long ago – until now. We’ve previously reported on the finds of the world’s oldest figurative tattoos if you want to take a peek. 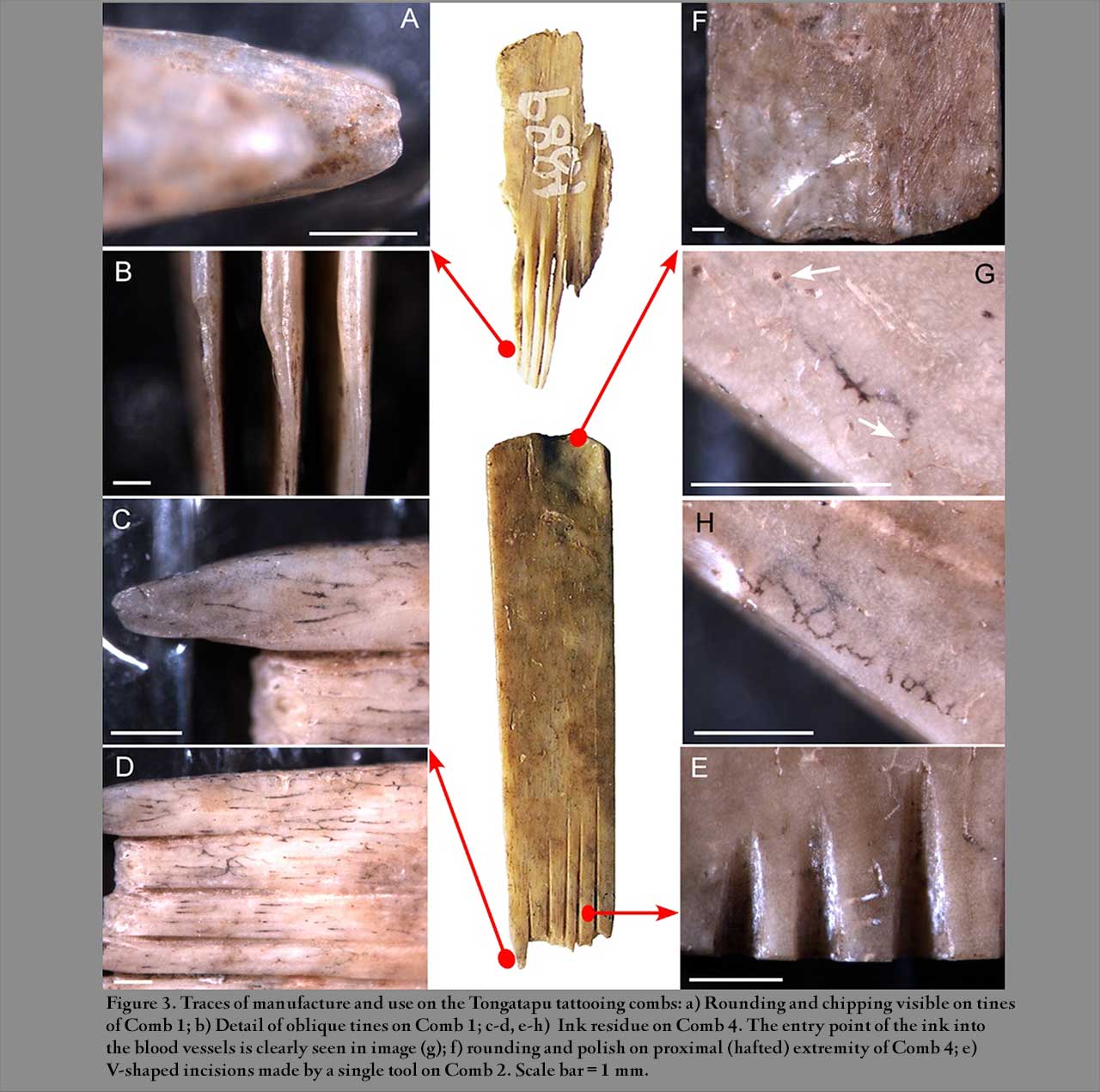 These bone comb tools are now part of a study which explores Pacific islands and their inhabitants. These tools are found on many such islands, and are a part of an Oceanic tattooing tradition of sorts.

Researchers aimed to answer questions about the arrival of the bone comb in the area, specifically about why and when this technology started to be used – or when it came to the islands via Neolithic dispersals around 3,000 years ago. Their analysis suggests these combs dispersed from West Polynesia to other parts of Oceania over the course of hundreds of years.

You can learn more about this subject in the paper “Ancient Tattooing in Polynesia” with code DOI:10.1080/15564894.2018.1561558 published March 1st, 2019. This paper was authored by Geoffrey Clark and Michelle C. Langley and is in the latest issue of The Journal of Island and Costal Archaeology.