Amazon’s DeepLens AI camera has begun shipping, offering developers a turnkey way to get started on deep learning, computer vision, and more, all packaged into a standalone gadget smaller than an Echo. Announced late last year, the AWS DeepLens camera is in reality a compact computer wearing a camera hat, and designed to be a gateway to using Amazon’s various cloud services.

That means making it super-easy to get started. Amazon preloads a variety of sample applications, showing some of the possibilities of computer vision and deep learning. There’s object detection that can differentiate between multiple categories, face detection, movement detection, and a real-time artistic style transfer that can change what the camera sees with an art filter.

The base of the 6.6-inch tall DeepLens camera is an Intel Atom powered computer, with Intel Gen9 graphics and 8 GB of RAM. It has 16 GB of storage, which can be expanded with a microSD card, and runs Ubunto OS-16.04 LTS. There are a surprising number of ports on the back: micro HDMI, two USB 2.0, and an audio output. 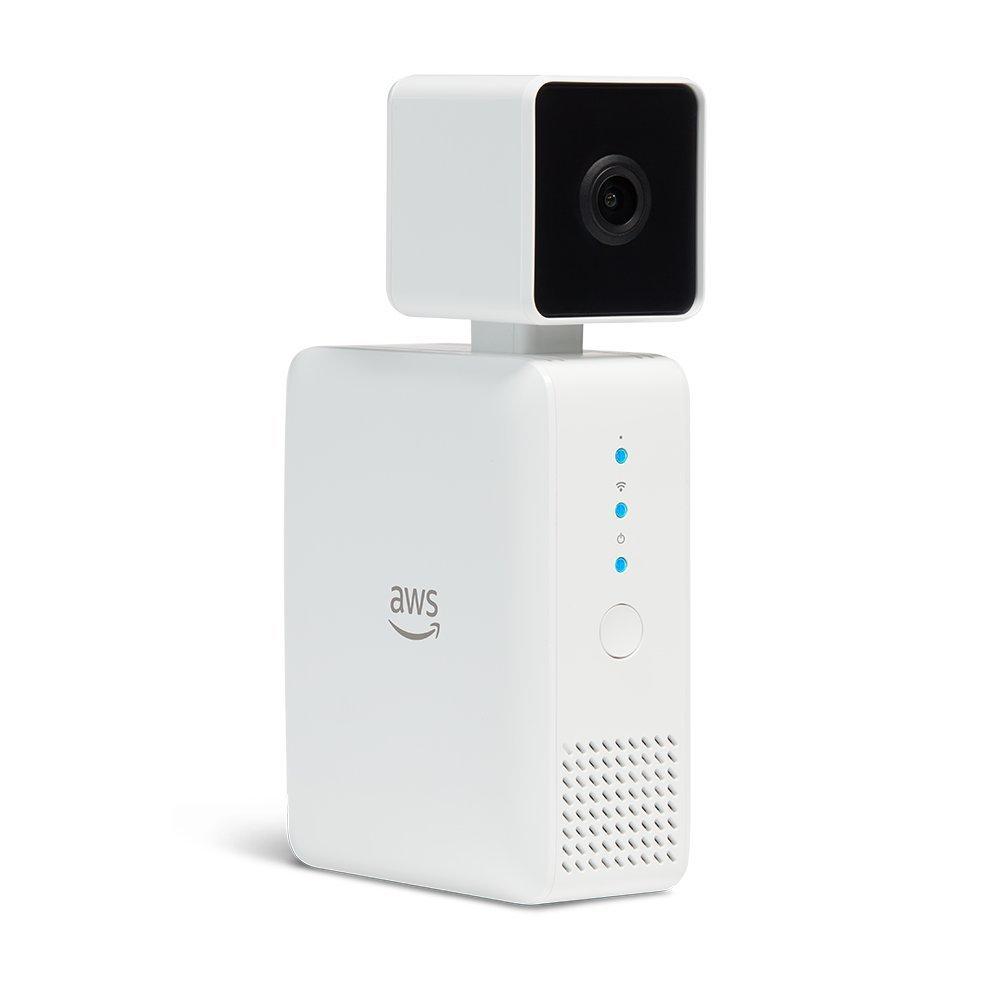 As for the camera, that has a 4-megapixel sensor and shoots up to 1080p Full HD video. Altogether, Amazon says, you’re looking at over 100 GLFOPS of compute power available locally, sufficient for deep learning predictions, on Full HD video, applied in real time.

Both the sample applications and the local processing is really just to whet the appetite, however. Amazon’s primary goal is to encourage developers to look to its far more powerful cloud for their processing needs, including SageMaker, its tool to create machine learning models. There’s also support for Greengrass, the AWS Internet of Things service, and Rekognition, its image analysis service.

Amazon isn’t limiting it to its own services, mind. You can also use TensorFlow and Caffe to develop, for example. If you’d rather, you could develop a service in SageMaker and then remotely deploy that to your DeepLens camera to run. The preloaded apps are designed to be easily customizable, so that even if you’re not up to speed with machine learning you should be able to get going relatively quickly.

While DeepLens isn’t the only machine learning hardware out there, Amazon’s attempt has the advantage of an existing suite of software and services to instantly integrate with. It’s also fairly affordable, at $249.