Amazon is enhancing its privacy features for Alexa, its smart assistant technology, making it easier to delete audio interactions in the face of growing user concerns around how much data is being saved. The new update arrives alongside the Echo Show 5, the latest smart display powered by Alexa from Amazon, which itself has a greater focus on privacy in the home.

While it’s not the first Alexa-powered smart display from Amazon to have a camera, for instance, the Echo Show 5 adds a physical camera cover for the first time. That provides some visible reassurance that the camera can’t see what’s going on in the room, alongside the promise that hitting the microphone mute button also electronically disables the video functionality.

In the process, it might make the Echo Show 5 more appealing to those who would like an Alexa smart display on their nightstand, but who have been dissuaded by the thought of the virtual assistant inadvertently watching them. The spherical Echo Spot, for example, was certainly sized for bedside duties, however the fact that it had a camera led some potential buyers to look elsewhere. Google, notably, opted not to include a camera at all when it launched the Home Hub (recently renamed the Nest Hub).

While Amazon can’t upgrade its earlier smart displays with a physical camera cover, all Alexa devices are getting a new set of privacy features. For a start, there’s the ability to selectively delete the audio recordings that Amazon saves of each Alexa interaction users have. These records are used by the company to refine the AI’s abilities, and were at the center of a privacy scandal in April when it was revealed that human auditors were listening to select recordings. 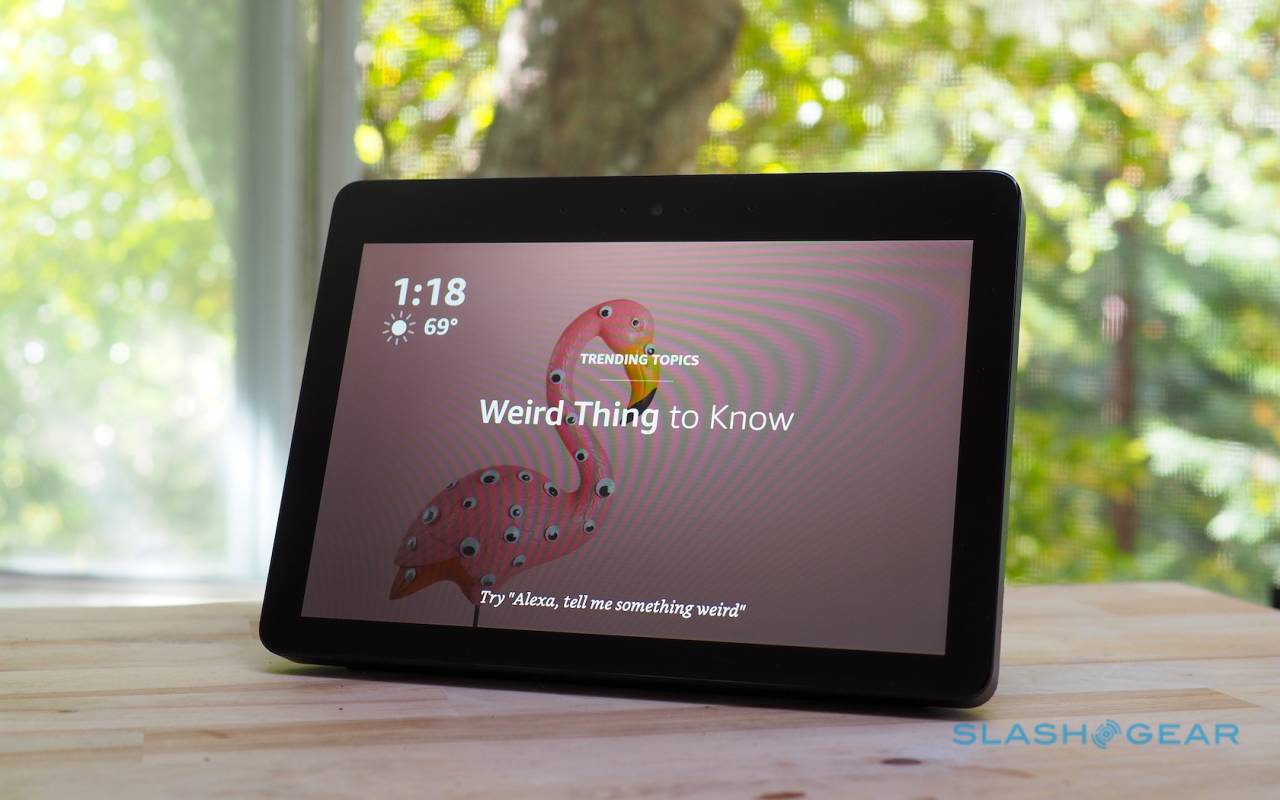 You’ve long been able to access those recordings through the Alexa companion app. Indeed, Amazon has also included tools there to report failures in Alexa understanding what was asked of the assistant, as well as remove the records from that timeline. However being able to actually delete the core recordings by voice is something new.

It should make doing so much easier, rather than digging through the Alexa app. Initially, Echo devices will support “Alexa, delete everything I said today,” clearing out all the relevant saved audio from that time period. Down the line, Amazon says, you’ll be able to get more specific, and say things like “Alexa, delete what I just said.”

There’s also a new Alexa Privacy Hub, which covers all Alexa devices. That’s more of a transparency effort than a tool for controlling Alexa, with Amazon setting out to undo some potential assumptions people might have about when the assistant is listening to them, how Echo speakers work, and what is being saved in the cloud. A separate privacy settings section allows audio files to be reviewed, and specific recordings – or all of them – to be deleted. It’s also a place for controlling skill permissions, the third-party abilities that developers can release for Alexa, and controlling how the assistant interfaces with a broader smart home system.

Amazon’s goal is undoubtedly to prevent what have become semi-frequent controversies around just how much data the retailer is able to gather – or at least intuit – based on Alexa interactions. It seems unlikely to win over the hardcore smart assistant skeptics, for whom bringing an always-listening device into their home seems like madness. However, the addition of more granular, easier control over what Alexa saves and what’s deleted might be sufficient to pacify anybody who might have been considering unplugging their smart speaker.