Amazon has revealed its plans for its new Amazon HQ2, a dramatic spiraling helix that it hopes to build in Arlington County, Virginia, and which makes its Spheres offices in Seattle look positively mainstream. Jeff Bezos’ retail behemoth is no stranger to unusual architecture, but newly released concept art for just what it has in mind for its second headquarters take that even further.

HQ2 will be dominated by The Helix, a spiral-shaped cone that will blend swathes of bulging glass with trees and other greenery. It’s a theme we saw the company explore with architects NBBJ, which designed the Spheres, only The Helix will allow the public to take advantage of the dramatic designs.

Intended to act as a new focal point in the PenPlace development, on the corner of 12th Street South and South Eads Street in Arlington County, The Helix will feature a huge hill climb that curves around the building. The goal, the company explained today, is to open that up periodically to the public, so that they can take advantage of the unusual architecture and its views.

The Helix, Amazon said in a statement, “will include a hill climb that allows people to traverse the entire height of the building and a variety of spaces for individual and team work or relaxation. Designed to reflect a shape commonly found in nature, The Helix will be open to the public select weekends every month.” 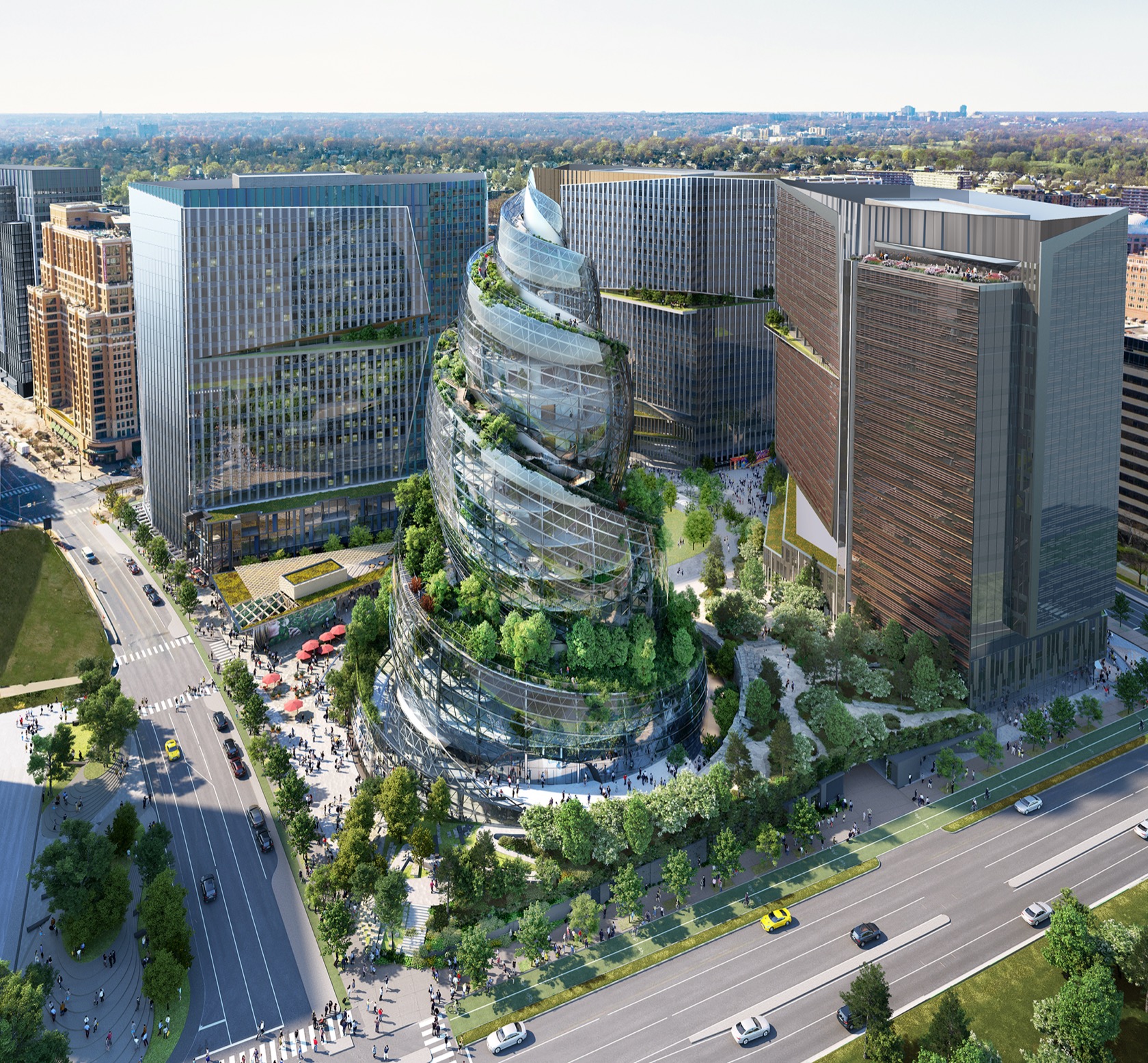 That public involvement is key in convincing stakeholders that Amazon’s huge disruption should be allowed to go ahead. In total, the company has submitted plans for four new buildings, NBC Washington reports, along with nearby spaces. It’s apparently hoping to have county approval by the end of 2021.

The Helix will be the tallest of the new contractions, standing a full 350 feet. The remaining buildings will be less dramatic, though still 22 stories in height. They’ll provide Amazon with the all-important office space it needs for its HQ2 expansion, with approximately 2.8 million square feet unlocked. 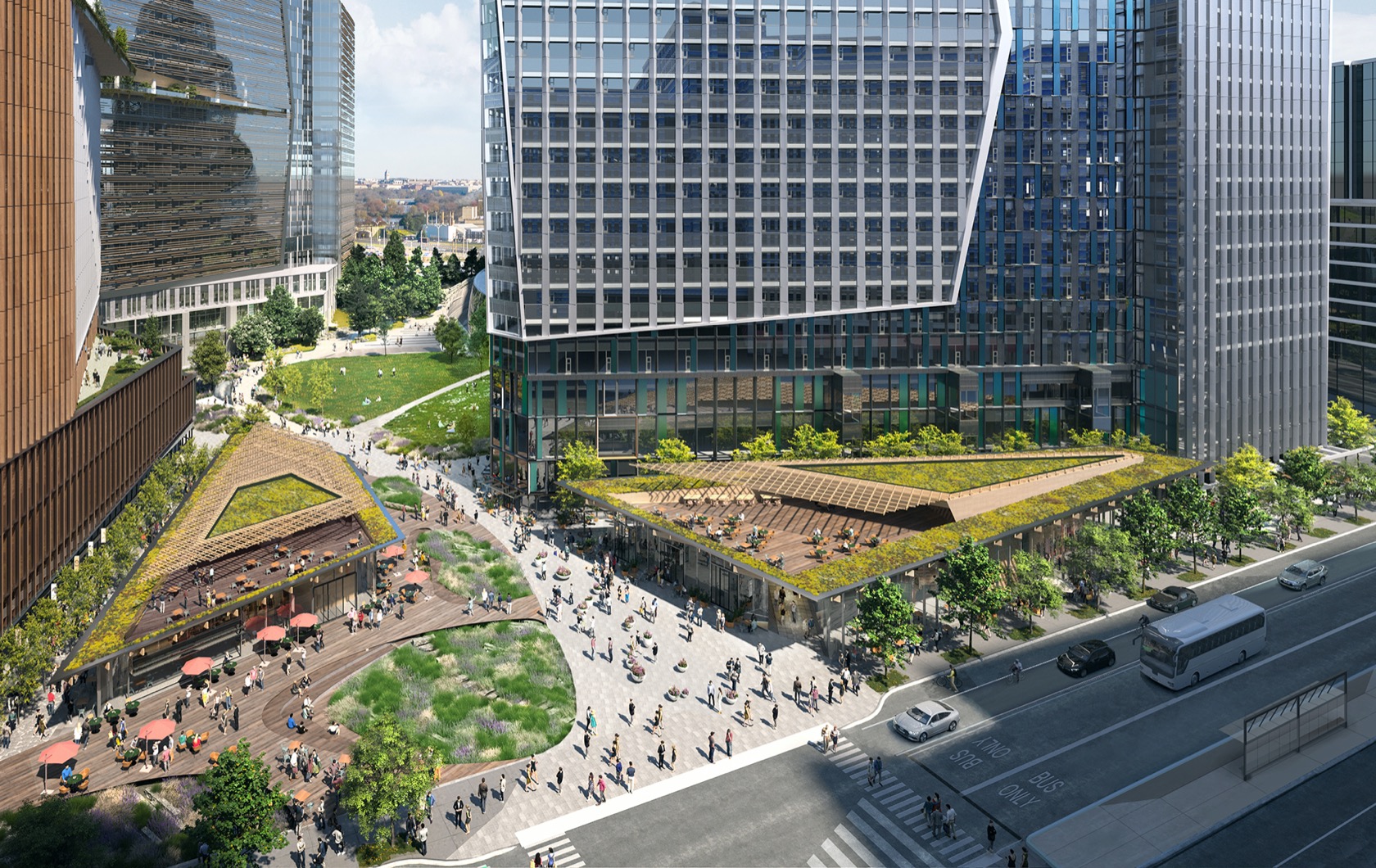 Some of the more mundane elements of modern life will be buried from sight. There’ll be underground parking garages, along with underground facilities for trucks and other uses. The surface will instead feature open spaces, an amphitheater for concerts, outdoor movies, and farmers’ markets, and other public spaces. A childcare center, food truck area, and dog run are also planned, together with numerous retail and food areas. 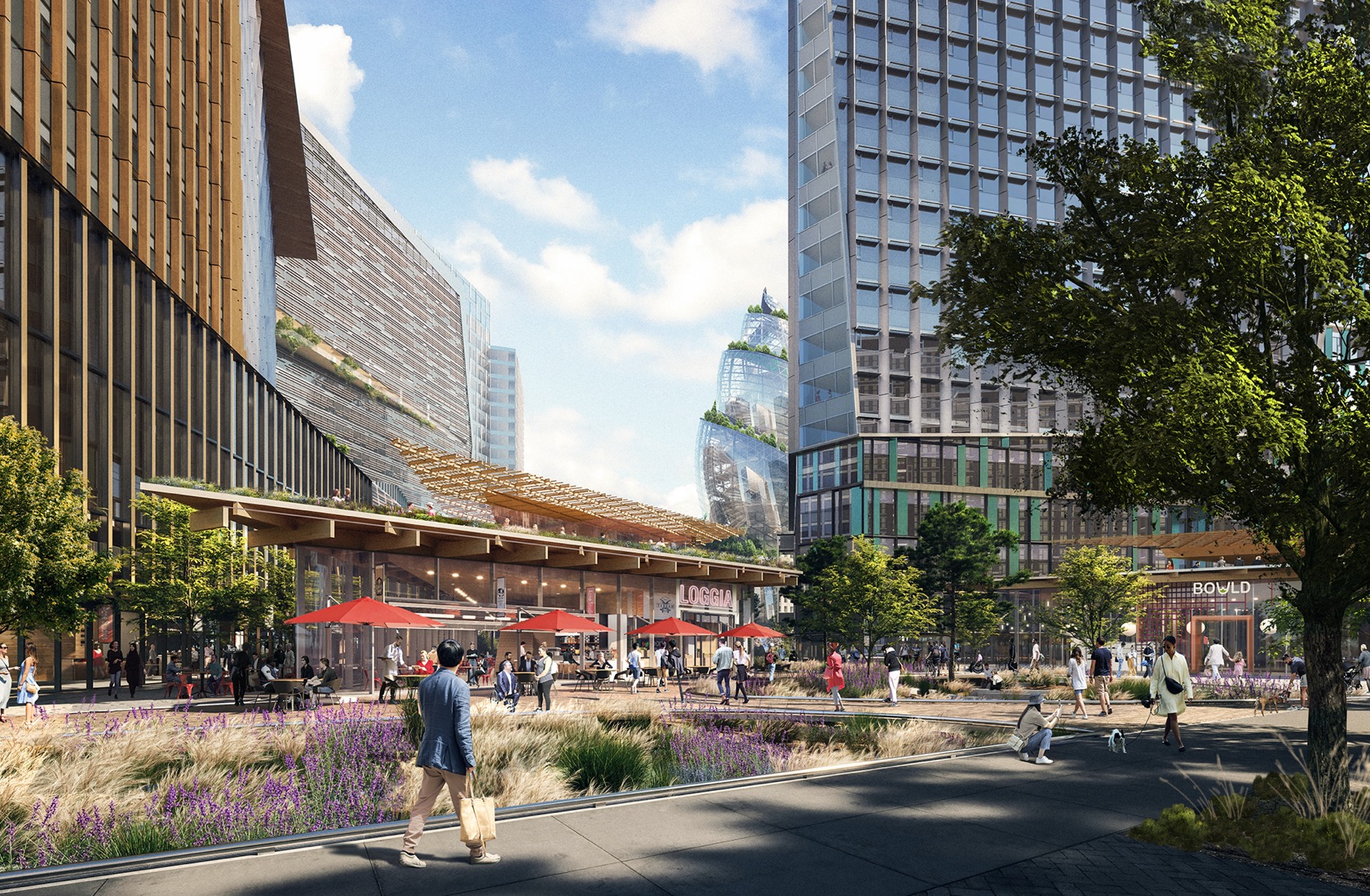 If it gets the go-ahead, Amazon says PenPlace construction could begin immediately, though it wouldn’t be expected to finish until 2025. The facility is designed to meet LEED Platinum sustainability certification, and will use 100-percent renewable energy from a nearby solar farm. That will power the all-electric heating and cooling system. 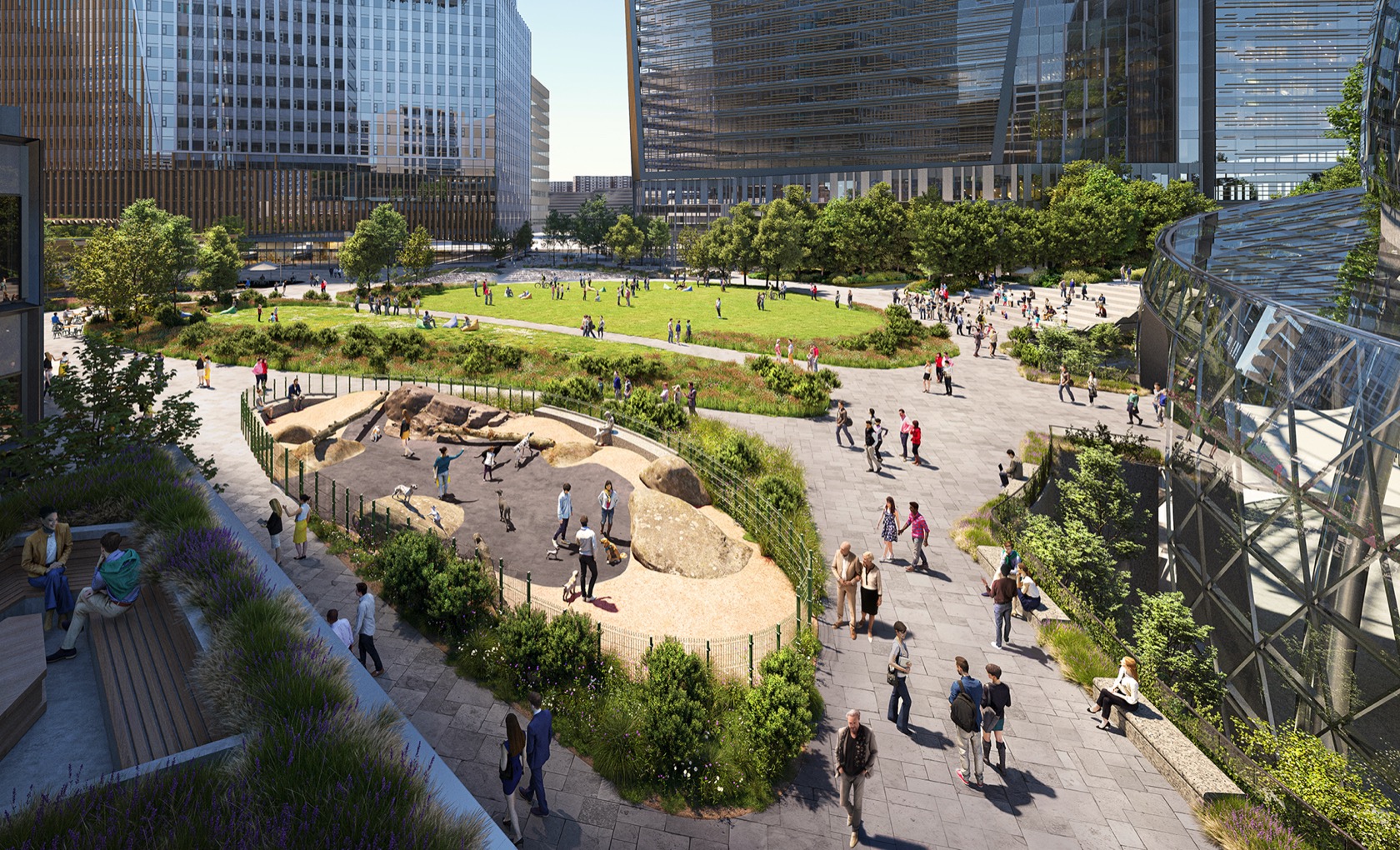 HQ2 saw Amazon pit hundreds of locations against each other, vying for the privilege of being home to the company’s second headquarters. Almost 240 places in the US competed in the early rounds, a shortlist narrowed down to 20 in early 2018. Amazon finally settled on Long Island City in Queens, New York, but then pulled the plug in early 2019 after facing unexpectedly strong push-back from residents and local businesses, among others. Northern Virginia had been tipped as a strong contender previously, ahead of the New York selection.