Amazon has unveiled its first robot, Amazon Astro, combining Alexa on a motorized platform that can roam around the home. Astro has a pop-up periscope camera on top, a moving screen on the front, and a cutesy expression to make it more appealing to families.

“In 5-10 years we believe every home will have at least one robot,” Amazon’s Dave Limp, VP of Devices and Services, predicts. “Customers don’t just want Alexa on wheels. To that end, we’ve embodied it with a unique persona, all of its own.” 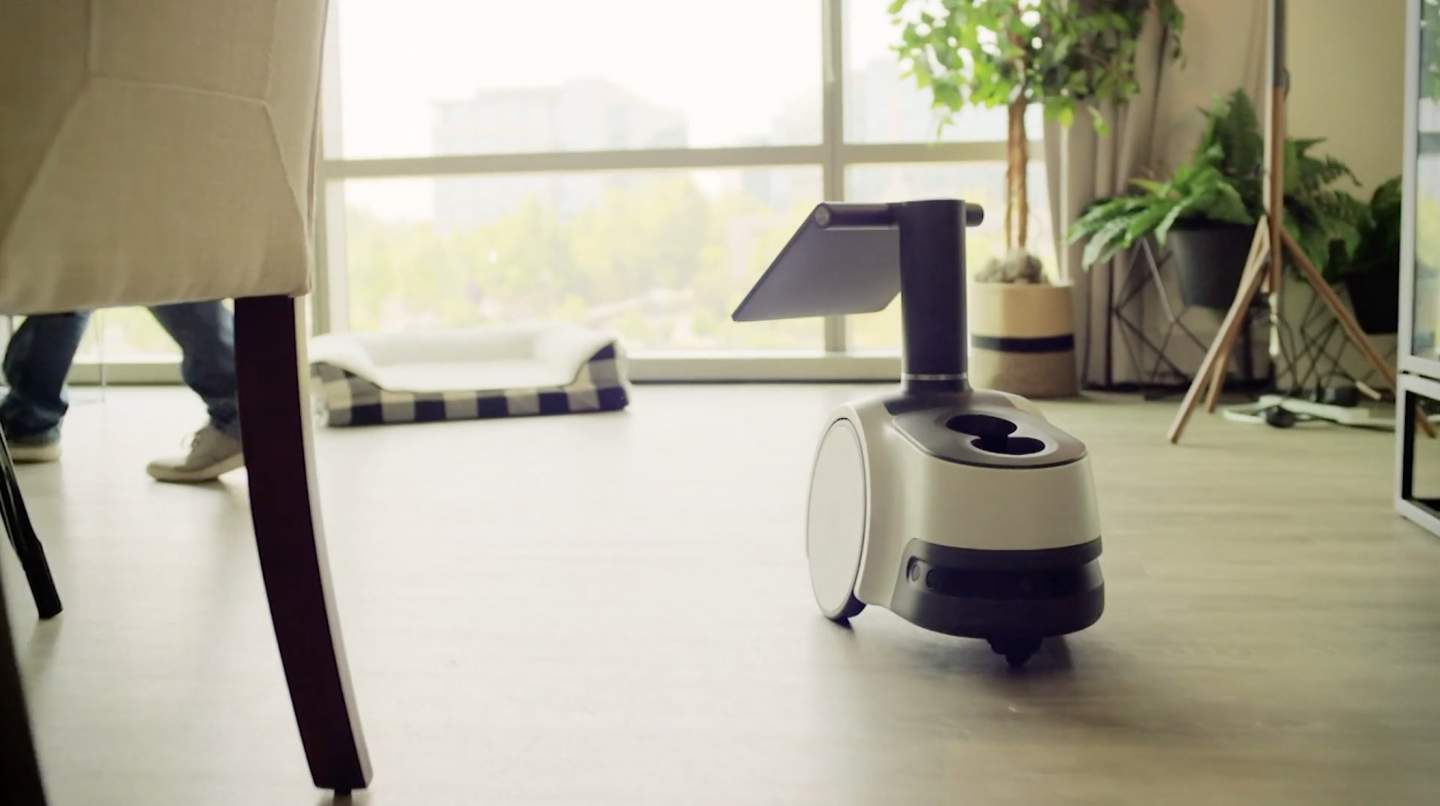 Astro has two big wheels to allow itself to navigate across different floor surfaces, and a third wheel at the rear. Amazon developed its own autonomous movement, home mapping, and visual understanding platform, with AI and deep neural learning so that the robot can know where things are. Meanwhile, new SLAM algorithms make sure it can navigate through without bumping into walls, pets, or anything else. 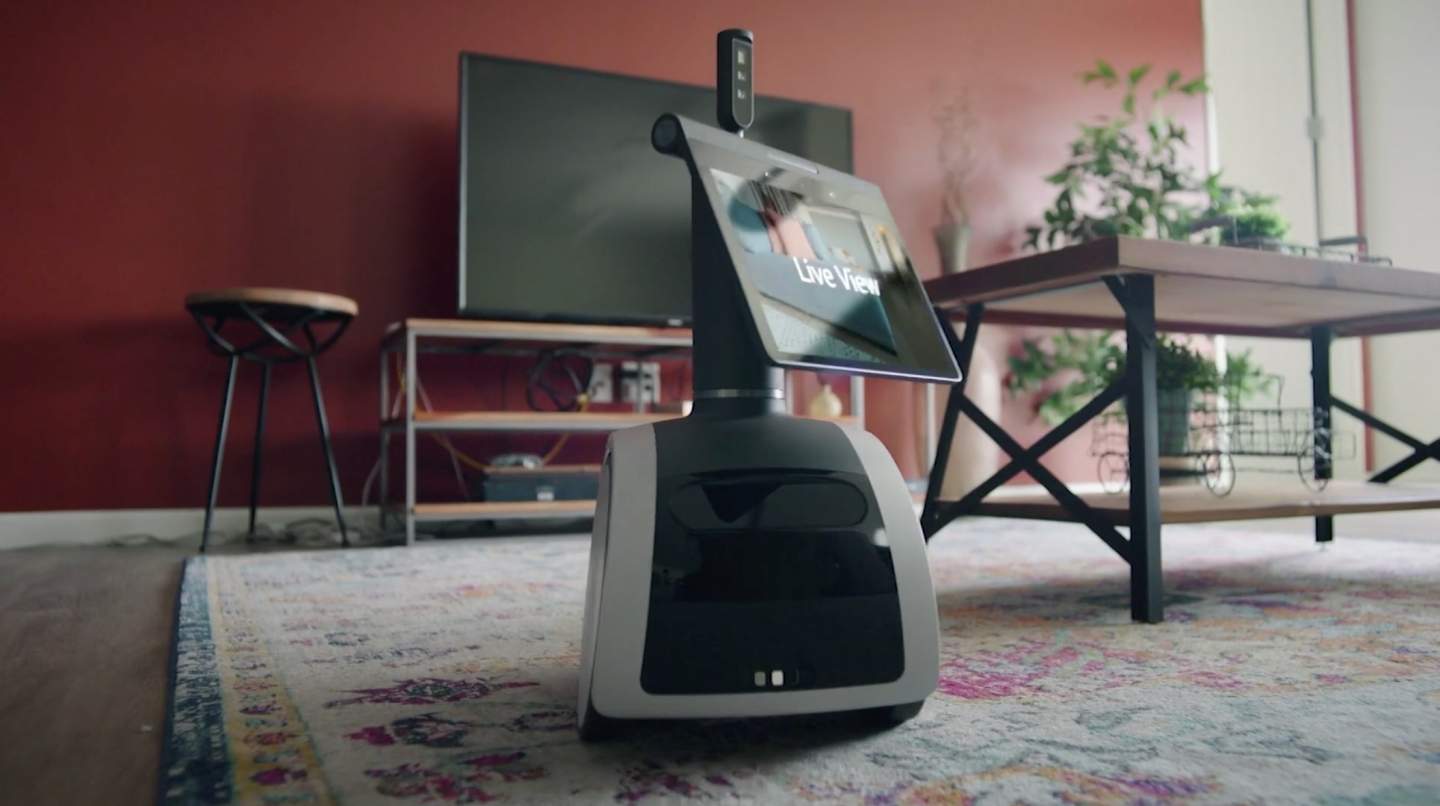 On the front, the display shows both Astro’s expressions normally, but can also show video calls and more. You can call someone with an Astro, and the robot will go hunt them down in the home. It can roam around at up to 1 meter per second. 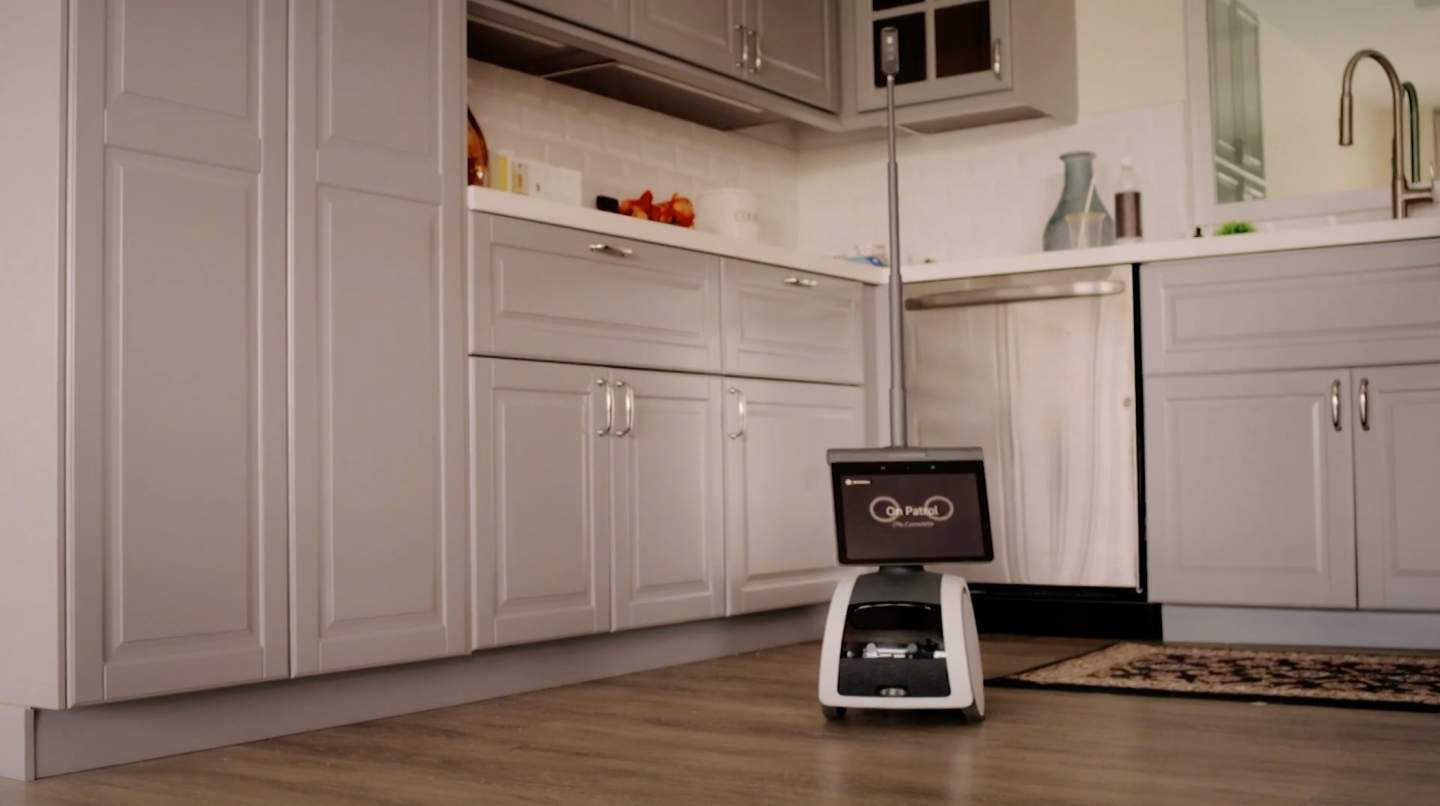 On the top there’s a periscope camera, which elevates up out of the robot. That can pop out just enough to see the person sat in front of Astro, or rise up to countertop level so as to check if you’ve left the cooktop on.

Routines can be set up to send Astro on preset routes, and if you’ve got an Amazon Alexa Together subscription – to help remotely care for a loved one – you’ll be able to have Astro notify you on things like when they get up. 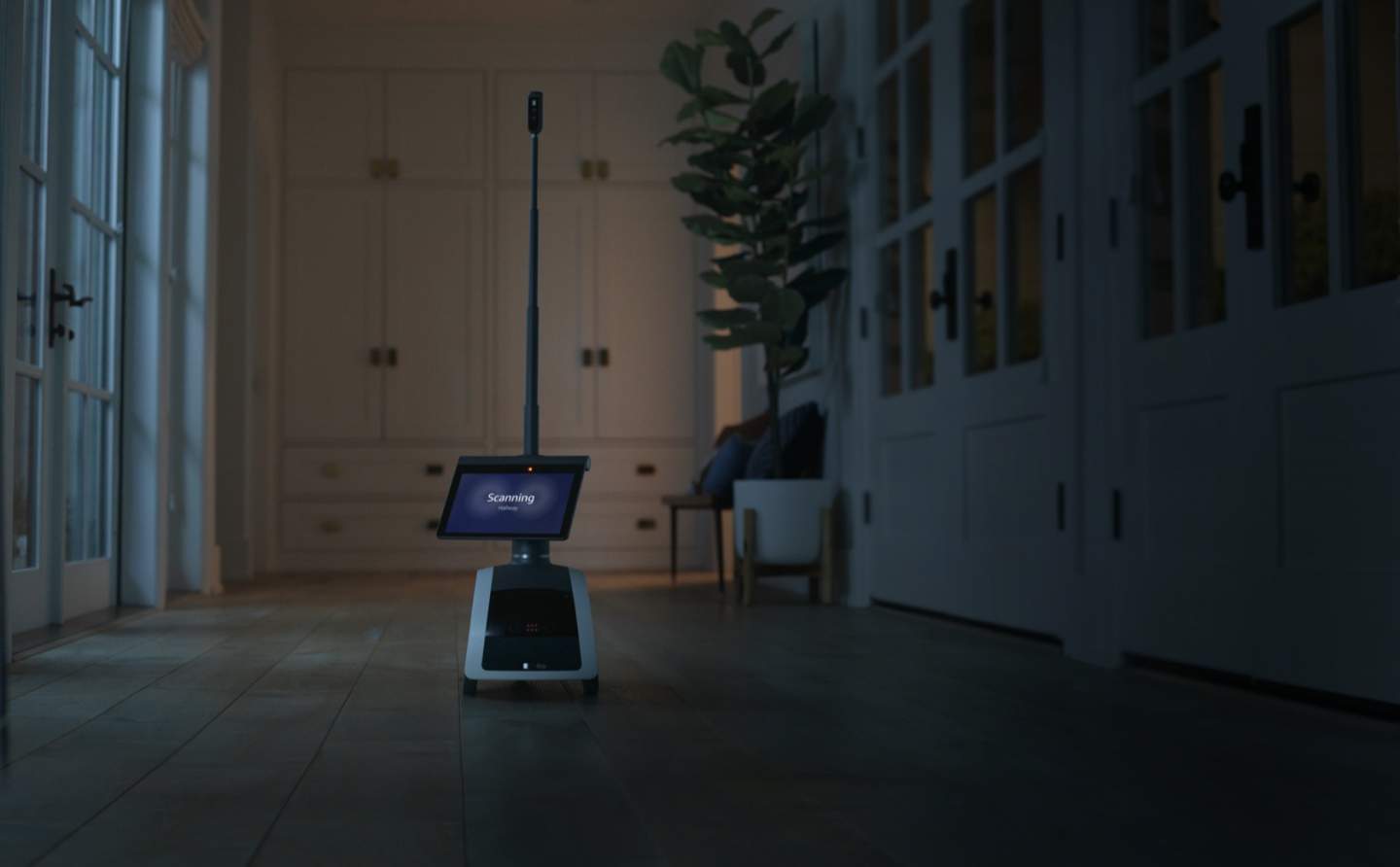 Astro can’t clean your house – sadly its base doesn’t include a Roomba-style vacuum – but it can patrol it, even sending alerts if it spots someone it doesn’t recognize. With the built-in microphones and Alexa Guard, meanwhile, it can hear sounds like a smoke alarm, carbon monoxide alarm, or glass breaking, and send a notification to your phone, too. The Astro app has a list of rooms, to make it easier to dispatch the robot to the right place.

If you have a Ring Protect Pro subscription, meanwhile, Astro can capture footage while it’s autonomously patrolling the home, and upload that straight to Ring’s cloud storage. It can also optionally proactively investigate an event your Ring security system picks up. 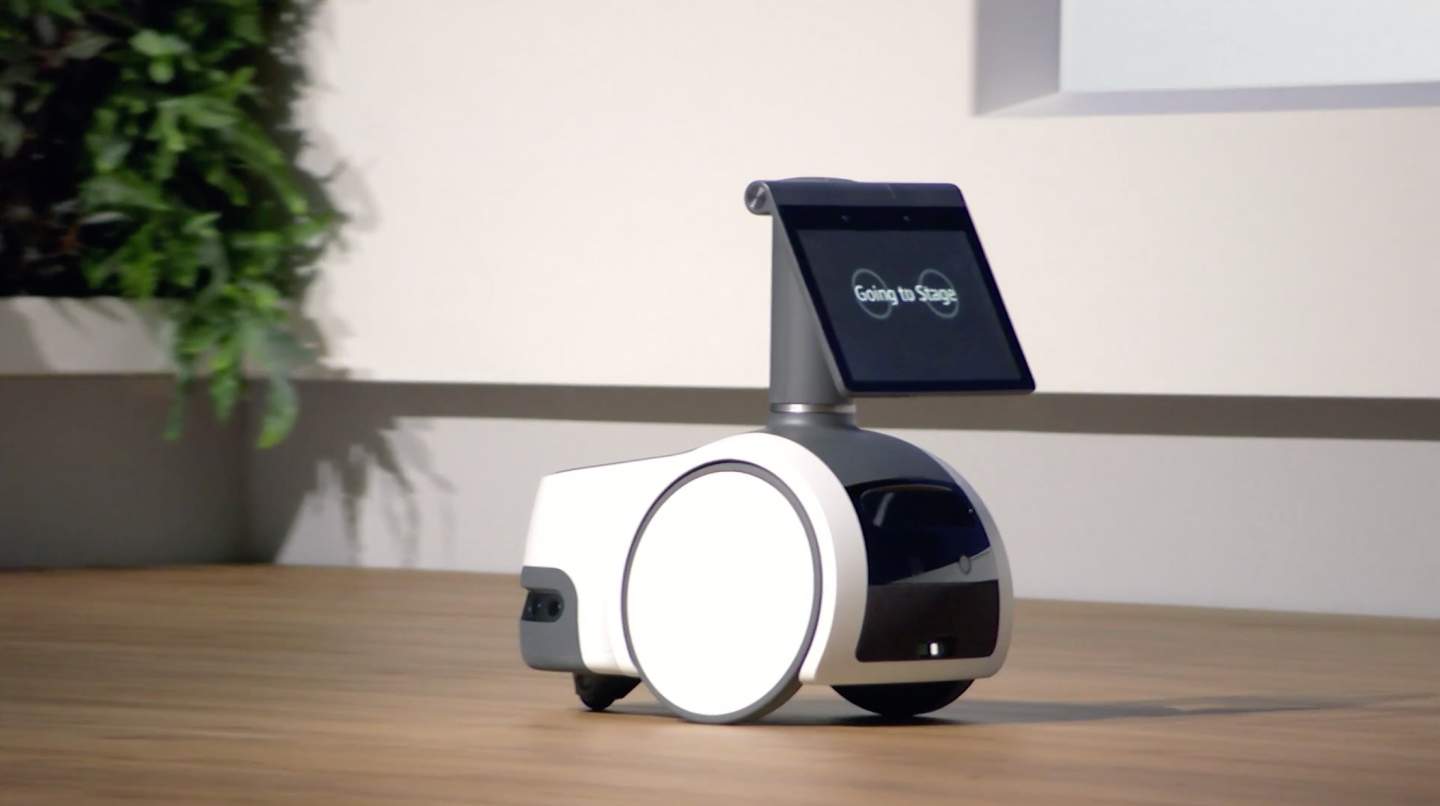 For privacy, since that’s likely to be a significant concern, there are several features and settings available. There’s the ability to set up out-of-bounds zones, for example, along with a Do Not Disturb mode that can limit how much the robot moves. That way, you could stop Astro from driving into the bedroom while you’re trying to sleep.

A button turns of the microphones and cameras, leaving Astro immobile. A red LED lights up, and the screen shows a red indicator, too. The LED light on the top of the periscope camera glows green when it’s streaming video or audio to the cloud. If you use the Astro wake-word, the light turns blue to show the robot is listening.

AI processors inside, meanwhile, aim to tackle as many requests as much as possible on the edge, rather than transferring data to the cloud. 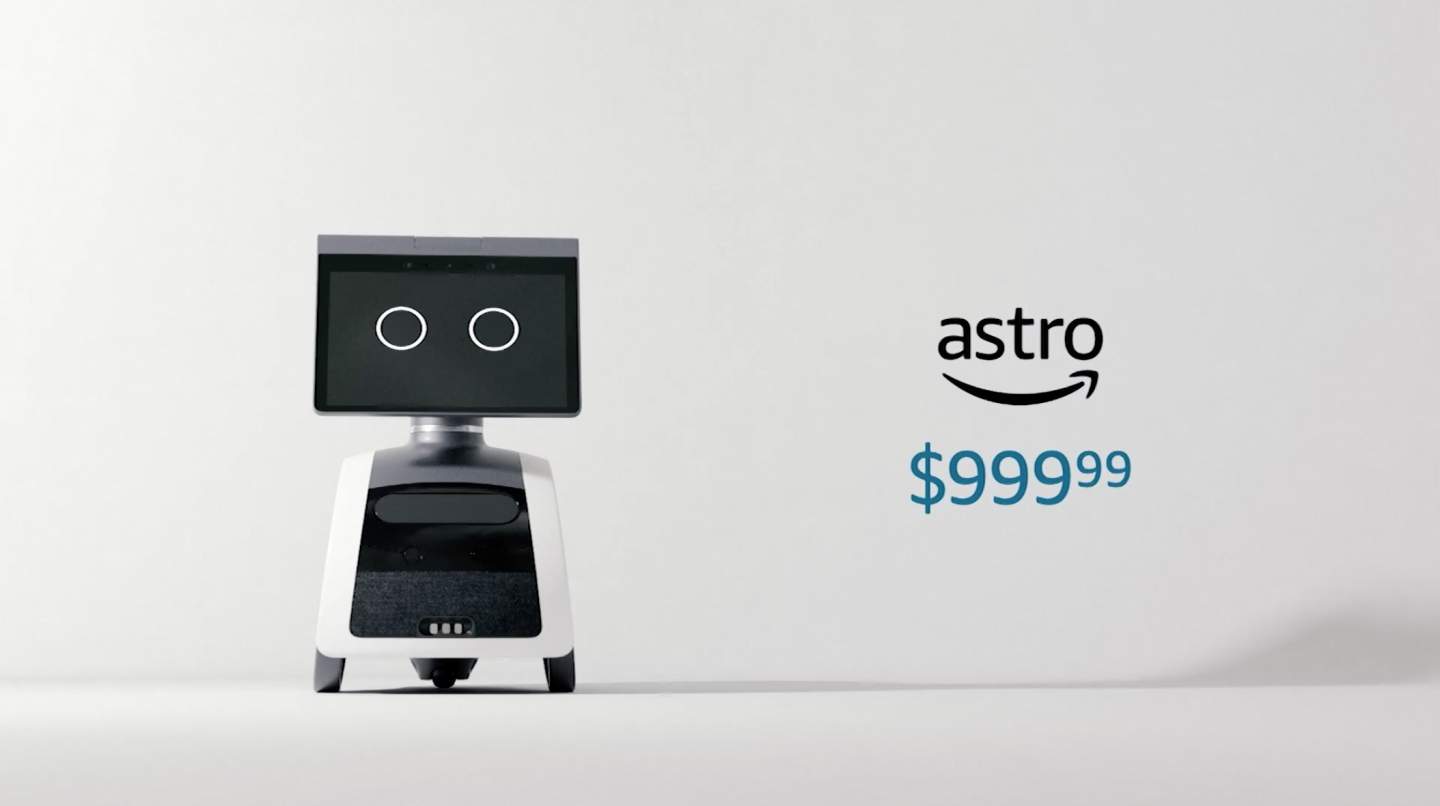 Amazon Astro will be part of Amazon’s Day 1 Editions project, its launch bed for more unusual products. It’ll have an introductory price of $999.99, and requests are being taken today. Those selected to receive the robot should start getting them later this year. 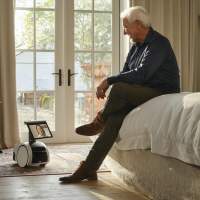 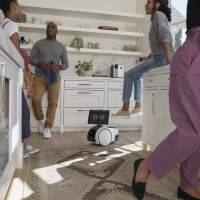 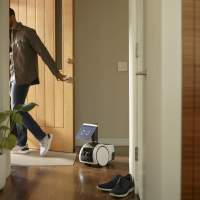 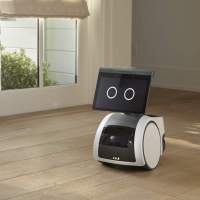 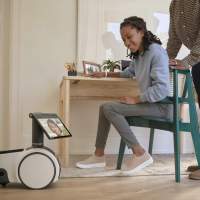