We’ve had our first long look at the upcoming massive multiplayer game EverQuest Next: Landmark this month, now it’s time to get up close and personal with some of the finest creations conjured up by those trailblazing first users already in the Alpha. While it’s still relatively tedious to find these buildings in the game – there’s one massive amount of land to traverse in this universe already – players have been more than willing to share their work with the Twitter universe and through the likes of Twitch. What you’re seeing here are some of the best of the best that we’ve seen so far.

If you’re this far into the article still wondering what EverQuest Next: Landmark is, by all means head down the rabbit hole: EverQuest Next Landmark Alpha: everything you need to know. We’ve had an interview with Terry Michaels, senior producer for the game as well, finding the reasons why the game was – and continue to be – developed the way it is. 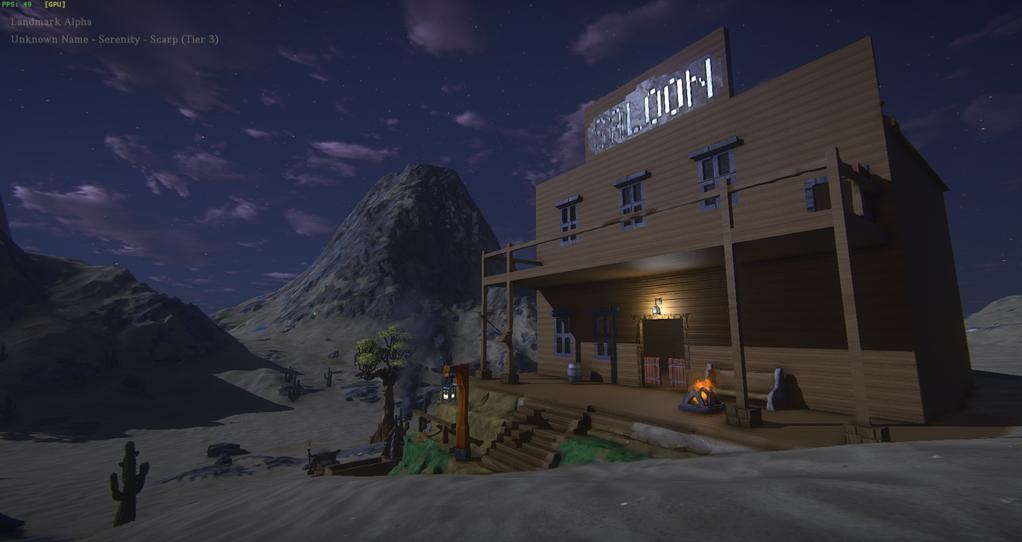 The first creation you’re seeing here comes from @kazak4x4 and is, as he calls it, “something different and cowboyish.” You’ll see a whole lot of wood elements being used here as well as some glowing material for the sign above, a couple of lamps below, and a small fire pit on the front porch. You’ll notice a lot of square elements – that’s a sure sign of a “work in progress” as this creator suggests. 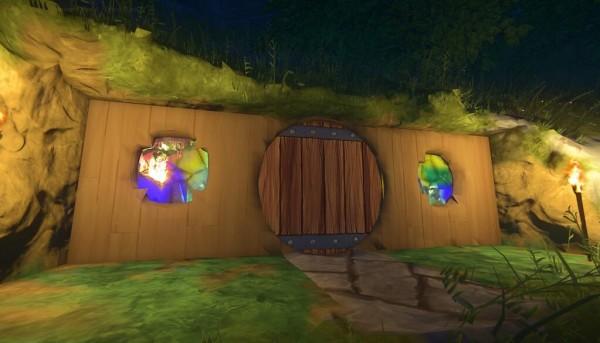 One of the smallest entries on our first list here comes from @Skylatron, showing just the front hatch of a hobbit hole. The reason this creation is here is for its implications – while most creations in EverQuest so far have been above ground, heading towards the sky, Skylatron makes like a true hobbit and begins to dig downward. You’ll also notice some rather strange elements being used as windows here for good measure. 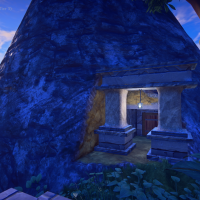 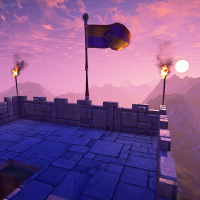 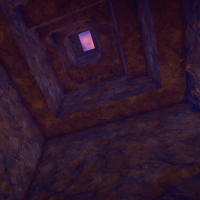 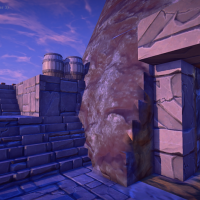 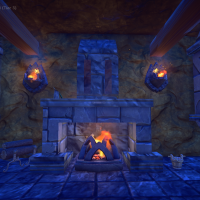 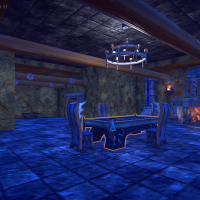 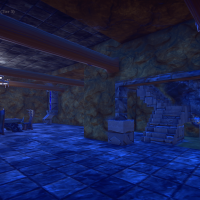 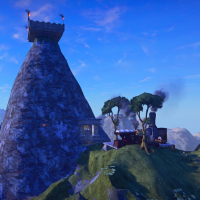 A far larger example of what can be done by digging inward – not necessarily downward – is in this example from Reddit user Keiser. Here his “Mountain Keep” is knocked out of a mountain which he’s made full use of – the mountain he’s also had to add to a bit, of course. EverQuest Next allows you to make natural shapes just as well as unnatural. 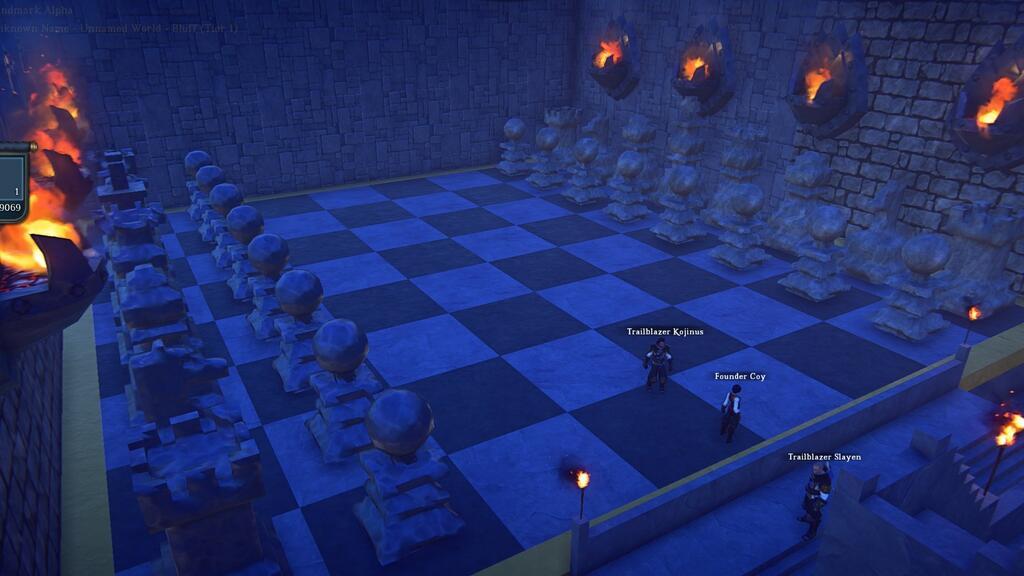 Director of Development for Everquest David Georgeson’s neighbor “Coy” created the chess board you see above. To create this board, Coy “spent many, many hours mining Obsidian.” To create unique buildings and sculptures in EverQuest Next Landmark, users must literally (in-game literally) go out and pick away at the landscape to harvest what they’d like to build said creations out of. Obsidian is found in mountainsides and underground. 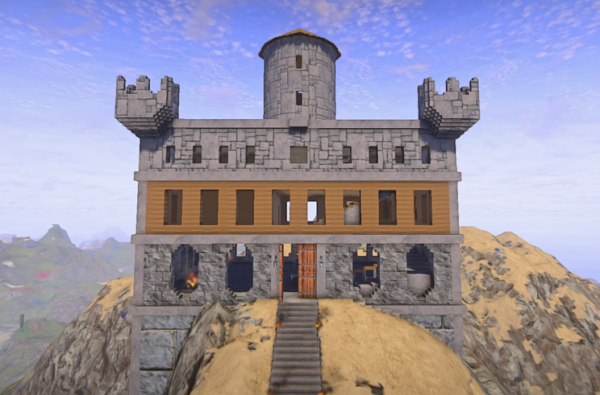 User Cody Bingham has created a hillside castle with both massive amounts of stone and wood. Here you’ll also see multiple levels integrated into a single building along with turrets and a tower. Don’t forget the steps. 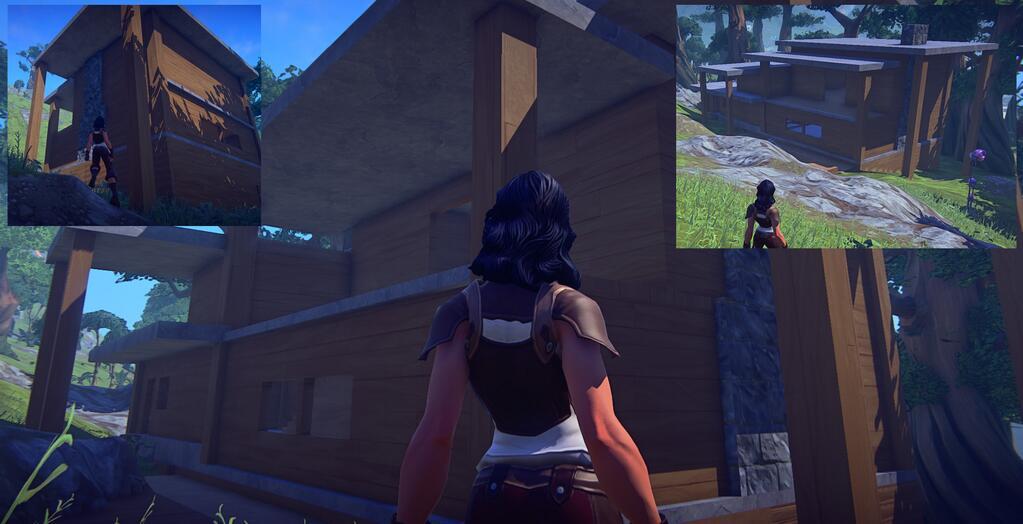 Hardcore gamer Elania Vikaernes is making an early effort to break the fantasy architecture trend, creating a more modern design with columns, flat-topped roofs, and a smart mix of wood and smooth stones throughout, save the craggy-rocked chimney. 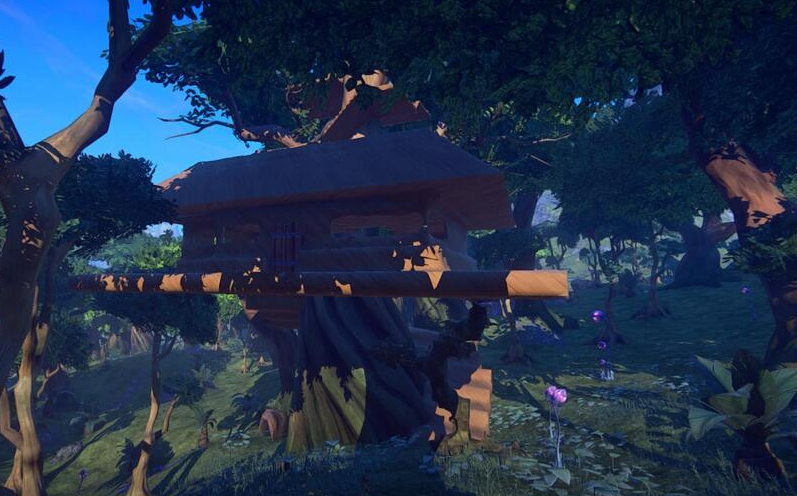 From an unknown builder comes this treehouse creation. Tweeted by Sony Online Entertainment President John Smedly, we’d welcome the constructor of this beauty to come forth and stake their claim for our list. Creating a building like this requires that the maker push outward from the center, building first a floor – like you would any other treehouse – then upward. This builder also created a spiral staircase for users to walk up and explore the building. 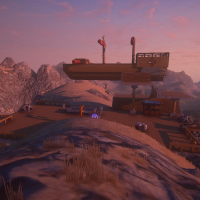 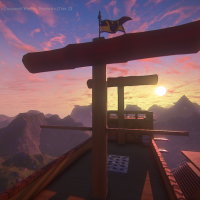 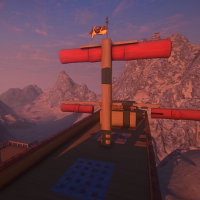 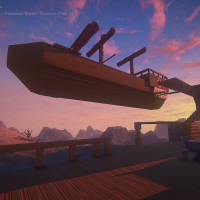 From the official EverQuest Next forums comes Krescentwolf with what he calls “Shiranui’s Airship” unlike most claims shared so far, Krescentwolf goes so far as to let us know where we can find it in the game as well – Serenity/Narrows. This ship hangs by a single plank in mid-air – as is perfectly legitimate in the strangely impossible physics universe that is EverQuest Next Landmark (for now).

One of the first EverQuest Next Landmark creators to go ahead and film a full tour of their first building is Voltas. Here he’s showing off his “first castle”, complete with designs in the floor tile, pillars to hold up stone floors, and a rather nice use of Templates. 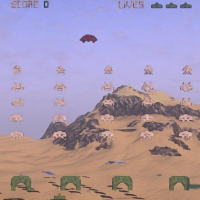 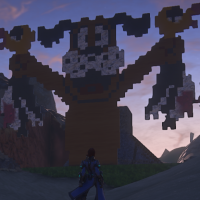 Finally there’s this rather boxy-looking pixel beast of a sculpture from SQiRL (not created by him, but submitted to the public by him), creating an ode to the classic Nintendo title “Duck Hunt”. This creation was made in response to the posting of the sculpture you’ll see below, another similar beast made to honor Space Invaders – they’ll both be counted as one here on our top 10, as they’re both as excellent as one another.

Have a peek and let us know if you find any other magical creations worthy of being shared right here and now – meanwhile we’ll be hunting, in-game and out!