Inside the newest Alcatel device to be revealed by the manufacturer this week, you’ll find the ability to run Android, Firefox OS, and Windows Phone. You’ll find four different variations of the device, each with its own display size: 3.5-inch, 4-inch, 4.5-inch, and 5-inch. The smallest of these devices works with 3G internet data connectivity, while the three larger models are made to run 4G LTE. These devices will probably be released outside of the USA at first – but cross your fingers for the future.

Each of these Pixi 3 smartphones works with a variety of colors. The smallest version comes in pink, blue, yellow, and white. The 4-inch version works with red, orange, green, and black. More colors are on the way, as well. 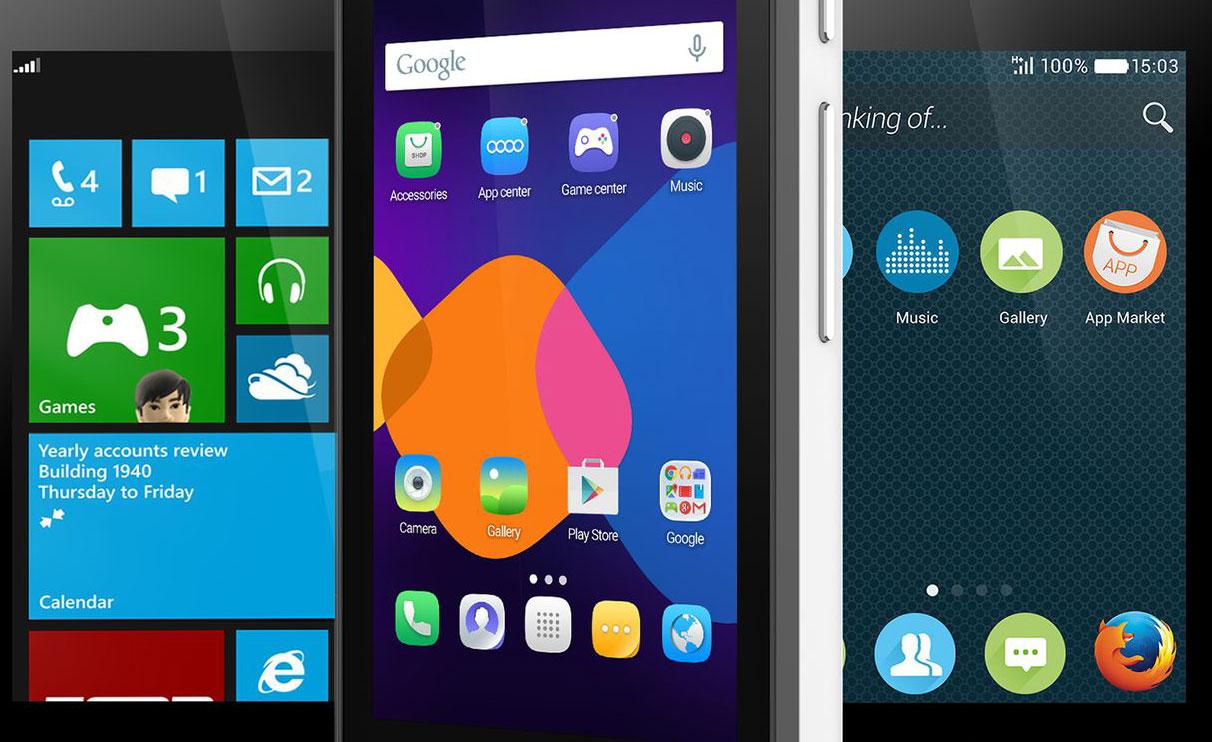 At this time it’s not entirely clear how Alcatel will go about releasing these devices with one or all three operating systems. It’s likely they’ll release with one, but open up to developers to switch at will.

We’ll be seeing each of these devices up close at CES 2015 and/or Mobile World Congress 2015 either next week or this February. Stick around SlashGear for more as we take a peek.