PlayStation Nike shoes were announced earlier this year – now it’s time for Microsoft to team with ADIDAS for the collaboration that HAD to happen. The first of these shoes was leaked in a document this week: Xbox x Adidas Forum Tech Boost. Per the leaked info, there’ll be at least three different shoes with Adidas x Xbox branding, all in the year 2021.

Per the info and imagery leaked to Complex, the first Xbox x Adidas shoes will be black and white. They’ll be called the Forum Tech Boost (style GZ3733) with Xbox x Adidas branding. Per the leaked imagery of this first promotional pair, they’ll have semitransparent white soles, mostly black upper bits, a white Xbox logo, and green accents.

While the PlayStation Nike shoes are largely white and blue, the Xbox Adidas stick with black, save the mesh inner lining over Xbox green, and optional green laces. Per the leak, this first pair will appear as a “promo” in June of 2021. After this, there’ll be two pair of Adidas “retro” Forum Mid sneakers released in October with Xbox x Adidas branding, followed by a November release of the Forum Tech in November of 2021. 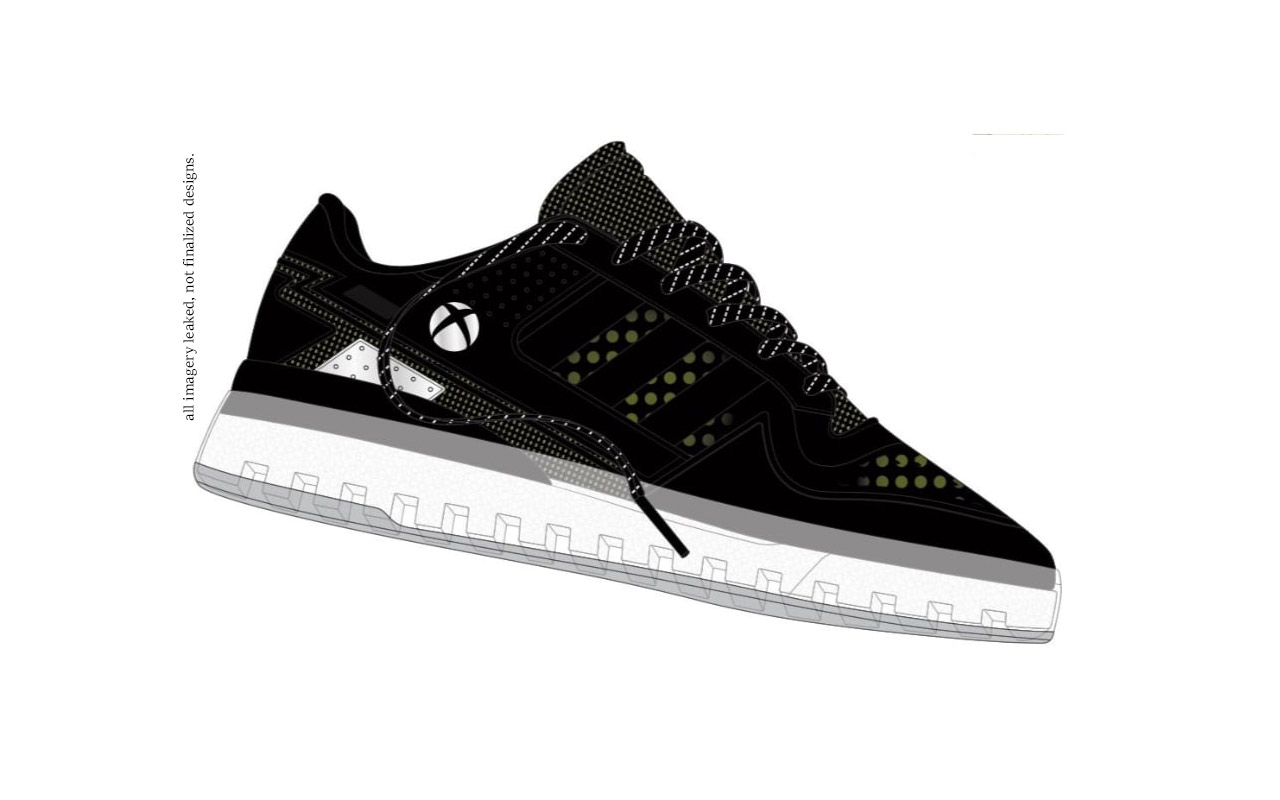 Another image (also leaked with Complex) shows a slightly different design, likely one of the first pair that’ll be released in 2021. This version also has a semitransparent sole, mostly black upper bits, and a white Xbox logo. The difference here is a “Xbox Series X” sort of honeycomb in black with green accents – that should be wild!

The solid nature of the Xbox logo paired with the decades of success Adidas has with cross-branded sneakers should make for a top-notch schedule here with Microsoft. Now, if only they had their own tiny baby display so they could stream Xbox games on the go… Or maybe just a way to turn one’s Xbox on by pressing the Xbox logo on the sneaker – that’s the key!