We’re living at a strange place in history, where companies that make video games are also teaming up with fashion brands to make clothing. Not just t-shirts with Mario on them, but fully-fitted custom sneakers, and high-end fashion pieces that cost massive amounts of cash. This week Microsoft announced their second set of special edition sneakers made with Adidas to celebrate the 20th anniversary of their Xbox video game console.

This second sneaker is more widely available than the first of the three. Microsoft is set to reveal three sets of Adidas sneakers this year, each with wider availability for purchase than the last. The first Adidas Xbox 20th Forum Tech pair were made to honor the original Xbox, and were not made available to the general public. Only a few pair were made, and they were given away in contests. 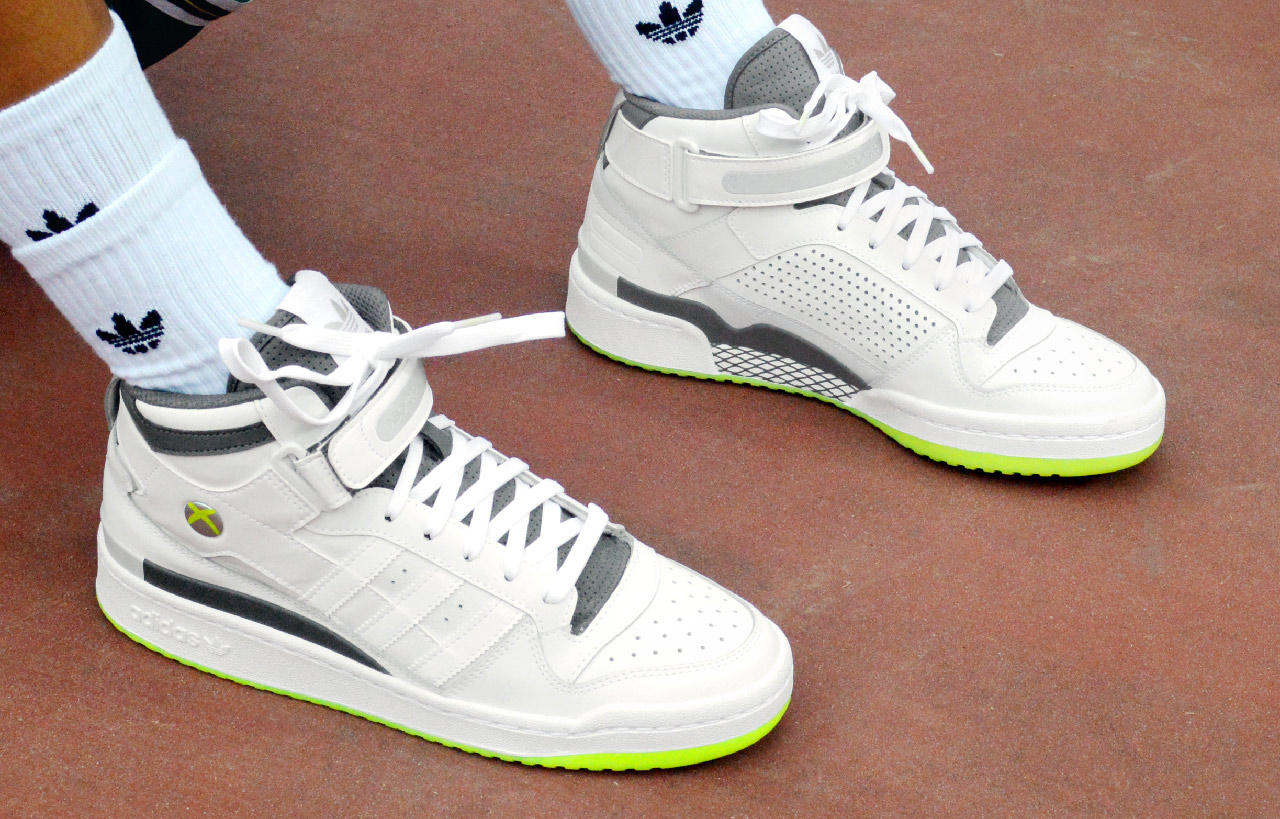 The second pair, the Xbox 360 Forum Mid, will be available for purchase in both the United States and Canada. This running shoe is mainly white, with a dash of silver and a splash of green. Each of the colors are in play to honor the design of the original Xbox 360 gaming console.

These sneakers should prove to be interesting to inspect, as Microsoft suggests they include “some hidden secrets for fans.” This includes visual references to the Xbox 360 Xbox button (console and controller), air vents, and disc tray (as you’ll see on the strap). The heel of the sneaker is a very subtle reference to the Xbox 360 memory unit slots and removable hard drive. 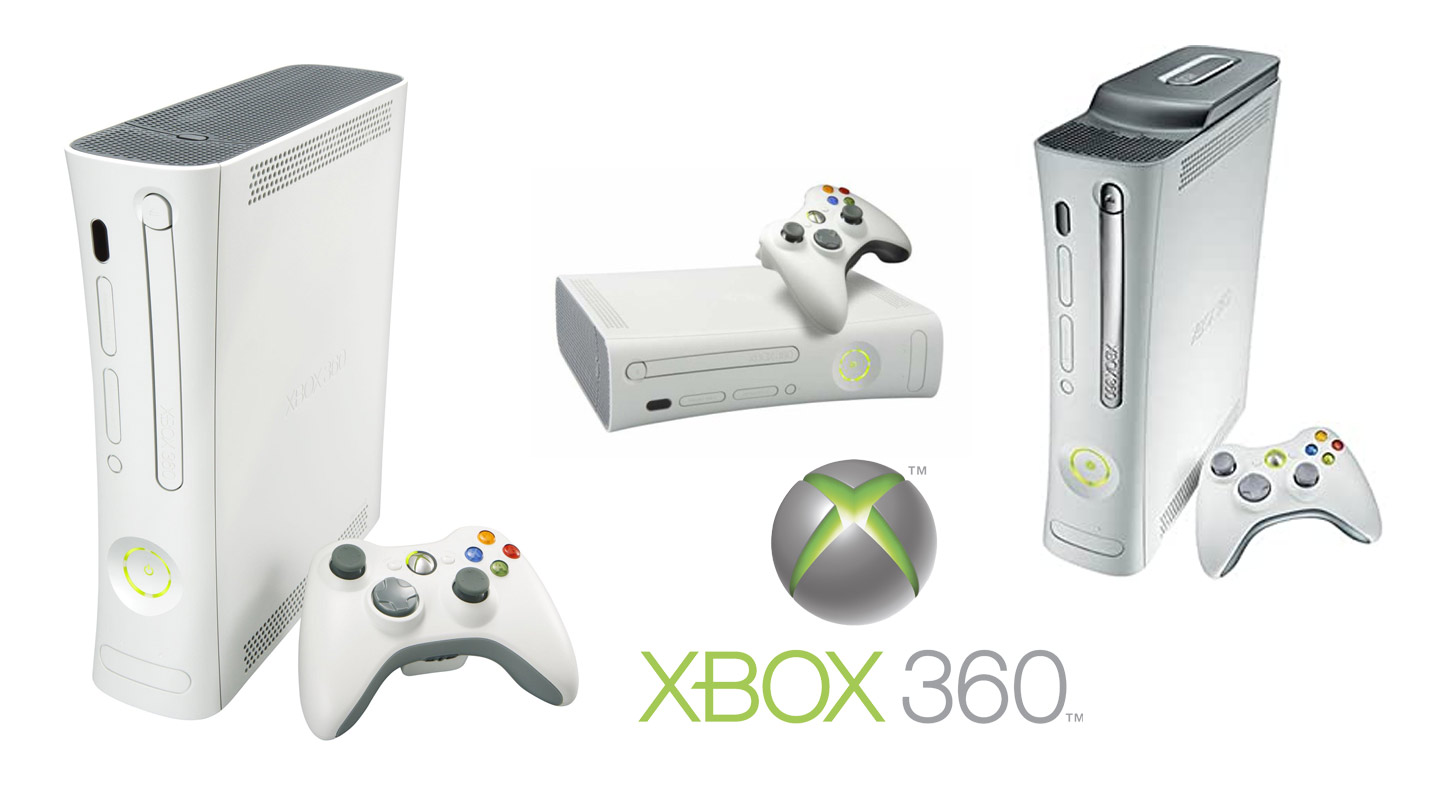 Though not shown in these earliest photographs and/or renderings, these sneakers will be sold in a box with four additional pairs of laces so that you can choose red, yellow, green, or blue. It’s sort of shocking that said laces aren’t included in the first pack of photos of these sneakers, as they undoubtedly add some significant visual flare to the relatively tame aesthetic these trainers present.

We’re currently waiting on Microsoft and/or Adidas to confirm the pricing on these sneakers. It’s likely they cost somewhere north of the standard price of the Adidas Forum Mids, which are generally around $100 USD a pair. These sneakers will be released for sale on November 4, 2021 starting at 7AM Pacific Time at the Adidas homepage. Sales will be open to USA and Canadian residents. 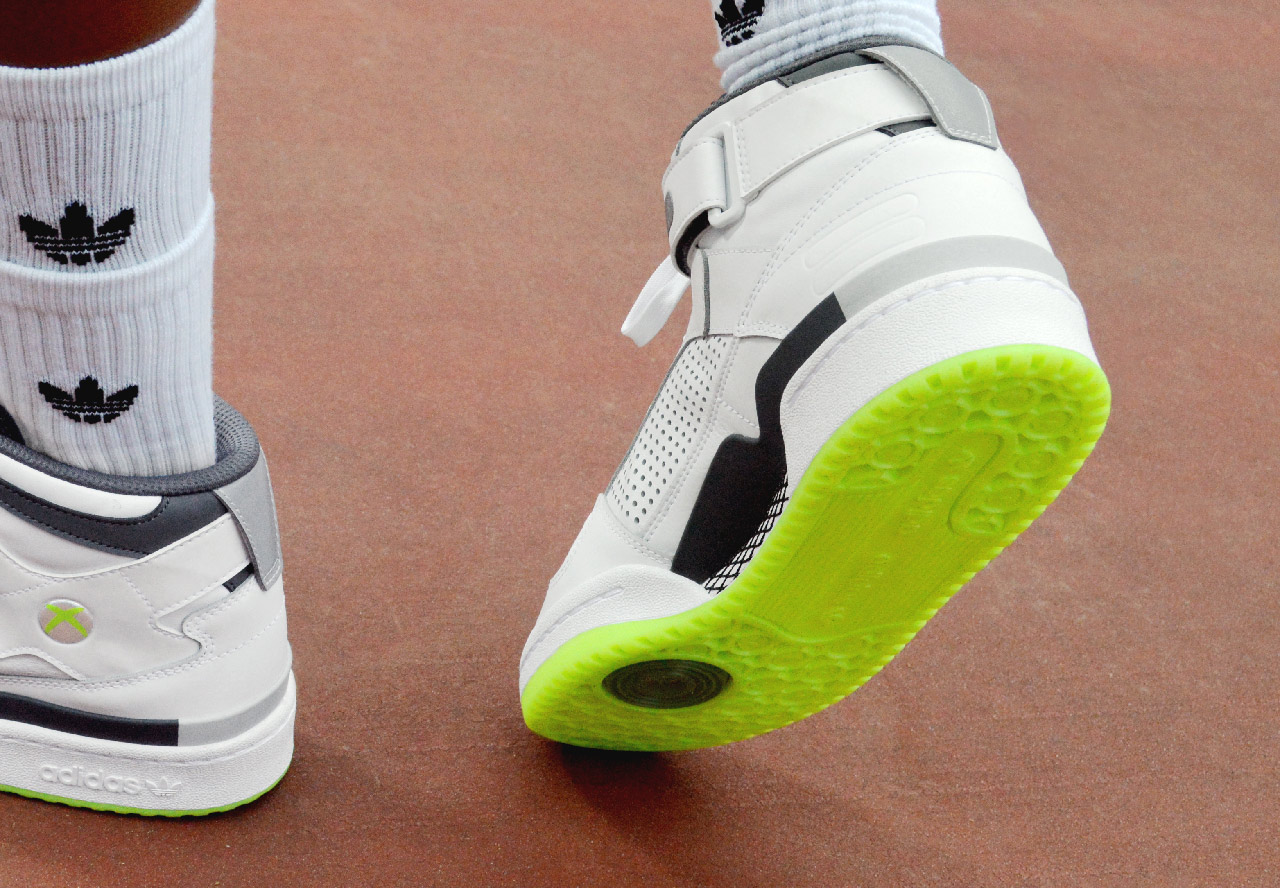 The third pair of sneakers will be revealed later this November, and they’ll be available for sale around the world. The final pair will celebrate the Xbox Series X, effectively skipping over the Xbox One – which isn’t such a terrible thing, given the details a pair of sneakers would need to draw on. One big black box isn’t all that exciting.

The Xbox Series X has the top vent circles and splash of color – that’ll be a bit more inspiring, and will hopefully make for an ideally-balanced pair of special edition sneakers. Better than the Apple sneakers, anyway.