Adidas has been experimenting with different ways of manufacturing sneakers for a few years now, from using recycled ocean plastic to a single piece of leather to 3D printing, all under the Futurecraft name. The company hopes to one day use the latter method for mass-production, and has just unveiled their attempt, the Futurecraft 4D, which it plans to sell 5,000 pairs of by the end of this year.

The Futurecraft 4D features a mid-sole that has been produced using a method known as Continuous Liquid Interface Production, a process that was created by the 3D printing startup Carbon. The method revolves around using ultraviolet light to solidify the shape of a design that’s come from liquid polymer resin.

Continuous Liquid Interface Production is not only a faster method of production that additive printing, but it also allows Adidas to pursue it goal of making 3D-printed shoes that are personalized for wearers’ foot shape and gait. The technology is still new and a ways off from being used for mass production, but as Adidas’ head of technology Gerd Manz notes, “This is a milestone, not only for us as a company, but also for the industry. We’ve cracked some of the boundaries.” 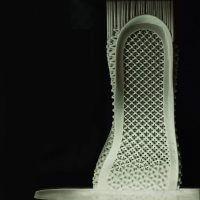 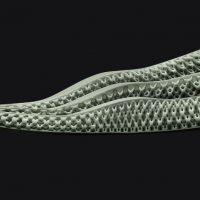 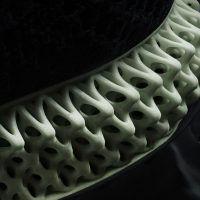 In addition to the 5,000 pairs that will go on sale later this year, Adidas says it plans to make a total of 100,000 pairs of Futurecraft 4D by the end of 2018. Carbon adds that it currently takes an hour and a half to print each sole, but the goal is to eventually bring that down to 20 minutes. There’s no word yet on how much the sneakers will sell for, but according to Adidas they will have a “premium” price.