The brand new Acer Veriton Z2620G is a lovely all-in-one machine that’s meant to look nice on your desktop at home or in the office. What you’ll notice in this machine that sets it aside from the rest of the pack is its ability to impress even before the cool green-lit on button is pressed. You’ll be running Windows 7 professional out of the box, but what you get when you run it is so so much more. This isn’t the highest spec-having computer in the world, but it’s definitely worth a double-take look for the cash it costs. Is this your new desktop computer for the next 2 years or so? Let’s have a look!

You’ll immediately have a bit of a smile on your face with a status identifying colored set of lights around the power/sleep button in the center bottom front of the unit. This button is able to put your whole machine asleep, turn it off and on, and will let you know what mode your machine is in at any given time. The entire machine is ready to go out of the box on the hardware side, but will require that you click through a set of yes, ok, ok, yes updates once you turn it on for the first time. Once you’ve got the whole thing set up, you’ve really got the whole machine here in one, and if you’re not the kind of person who minds the most basic set of controllers (mouse and keyboard) on earth, you won’t even need those as they’re contained in the box as well. 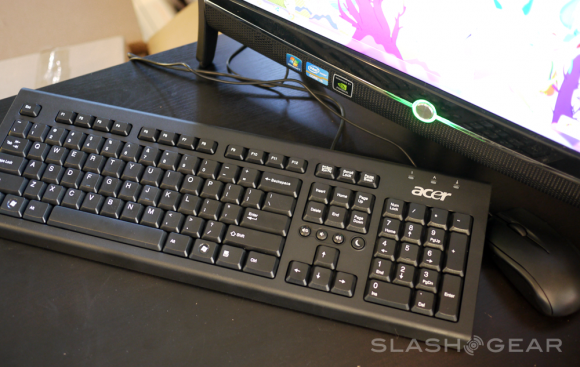 That said, the keyboard and mouse are the most basic of the basic, clunky keys and lightest plastic available contained within. These should be assumed to be only for the setup of the machine unless this is your first personal computer, in which case you’ll have a great time upgrading when the time is right. The display does not leave one wanting, brightness and viewing angles superb and top of the line, and the built-in speakers are certainly enough to tide over a single person using the machine for movies, music, and other media on their own. You’ll need some 3rd party speakers if you want to use this device as a media center for parties and movie showings, if you know what I mean. That said, the entire unit works perfectly with the Warpia StreamHD unit we also received this week, an few clicks in a couple of setup screens and we had 720p video feeding into the HDTV without trouble. Read more about this situation in our full review of the StreamHD. 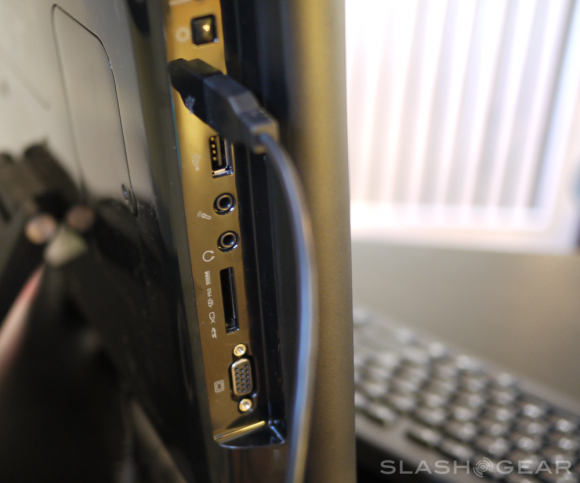 This computer certainly is not the king of gaming, but it’ll play all your favorites with basically no hitches in the least. The only drawback here is that you’ll have to use regular old 15-pin cable connector if you want to go up to a larger display — but again why would you want to when this computer will roll out with as much high definition on its own lovely display anyway?

Above take a peek at what we’re working with, then head down to the benchmark score chart from Geekbench and get your comparison on.

You’ll be running whichever version of Windows (or Linux, or whatever other oddball OS you’ve got in mind) with total success, and as this machine does come with Windows 7 pre-loaded, you’ll be off and running right out of the box. Inside the set of applications you receive will be sufficient for word processing and any and all of your homework or basic office needs, and as this computer runs a perfectly sufficient set of hardware bits behind the scenes, you’ll be able to run whatever other 3rd party applications you need without trouble as well. For you gamers out there, NVIDIA is under the hood, so you know good and well that you’ll be able to roll out with any of the top games in the market right now with a top of the line graphics experience.

The interface is swift, never once have I had to force an application to close, and running multiple monitors with the methods we’ve got available here has been perfectly successful.

For those of you that are wondering, I’ve not been working on a desktop computer now for several years. It’s a testament to the quality that Acer has cultivated here that I say that this all-in-one PC could easily continue to sit at the end of my desk and see daily use, even though I use my 15-inch notebook computer for most of my everyday work. The computer is by no means light, and certainly isn’t mean to be carried around with one to and from the office on the daily, but as the back bracket does fold down and the entire unit can be carried with two hands (cords and all), this isn’t the least transportable desktop computer on the block. 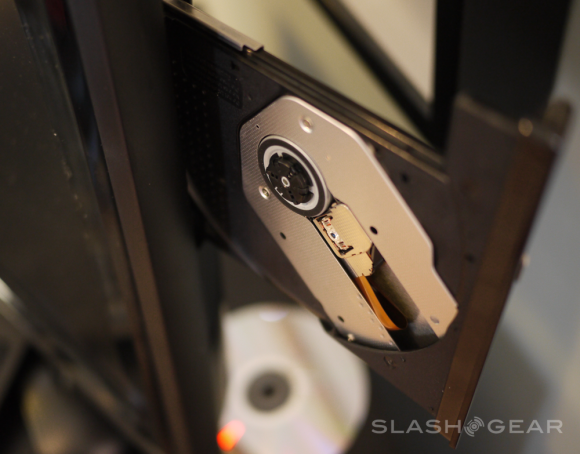 It’s an impressively designed computer that attains cleanliness and an overall nice look without the display even being on that attains such accolades without falling into the same trap many manufacturers often do these days: ripping off Apple. Instead Acer continues to keep their PC heads high making a modern machine which will impress even the most steadfast desires to look as good on the outside as it does on the in. That said, the inside does, again, work quick and nice, so no worries on that front. 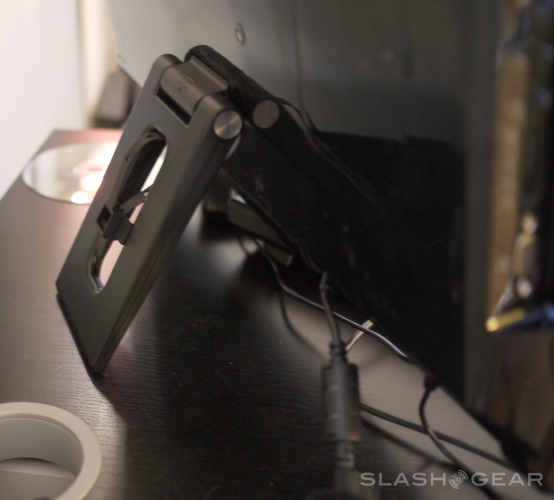 This computer was out of the box and up and running inside 30 minutes, and I’m no brilliant mastermind when it comes to non-Macs. I use a MacBook Pro for my daily activities because it does exactly what I need it to do and I’ve been using OS X for coming on 10 years in a row now — but Acer, what have you done? You’ve played a part in convincing me that Windows machines, the ones that turned me off of the idea that owning a desktop computer was a good idea for what I thought was forever, have now come to a point where I don’t even really care what operating system I’m running, the hardware being enough to leave a good impression on its own.

While I’ll be waiting until Windows 8 until I can really give the whole Microsoft world another shot as a day-to-day primary OS, this machine is already at the forefront of my mind as far as how I’ll be running with the devil when the time comes. It’s too bad this computer doesn’t have a touch screen or I’d never give it back — Acer, can you outfit it? Windows 8 on the horizon!