There’s a new massive telephone-capable tablet in town, and it’s made by Acer. The same folks that’ve released a 10-color strong tablet of nearly the same size earlier today have also shown off the Iconia Tab 7, complete with the catchphrase “Keep in Touch.” This 7-inch tablet is light, feels robust, and runs Android. 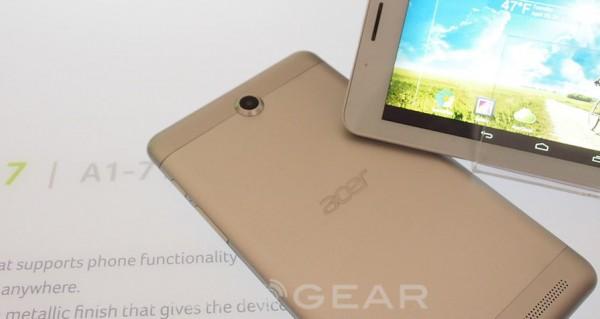 The version we’re having a peek at is silver – at the moment it does not appear that the company will be releasing any other colors. Up front we’ve got a 0.3 megapixel camera while around back is a 5 megapixel camera. Thus far it seems like these cameras are OK for general use – social networking sharing and the like.

Software is swift and smooth. Running a MediaTek MT8382 quad-core processor under the hood clocked at 1.3GHz, you’ll find that this machine is made for basic uses as well as high-powered games. 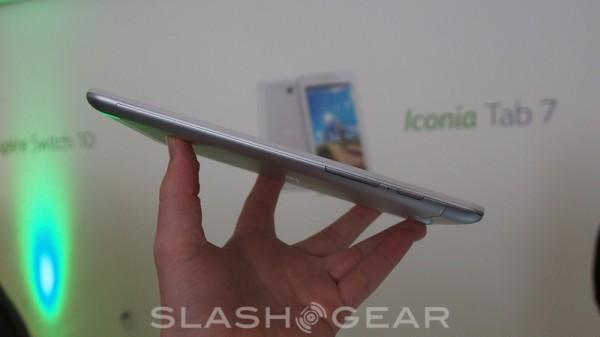 Using this device as a phone is strange, of course, just as strange as using any other massive 6-inch-or-bigger phone-capable machine. Here you really feel like you’re putting a tablet up to the side of your head, too.

At the moment there’s no entirely clear answer for when, exactly, this device will be released. We’re expecting this summer – stay tuned! 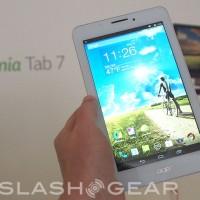 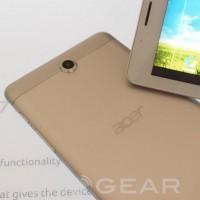 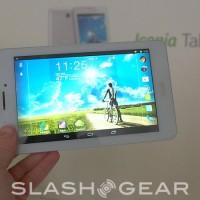 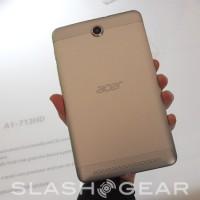 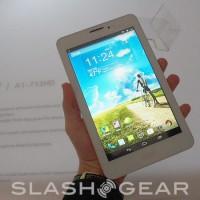 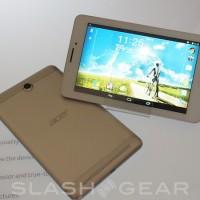 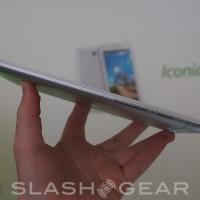