The consumer public is about to forget about the Microsoft Surface faster than it realized what it was looking at, and Microsoft knows it. What’s been presented this week is an impressive collection of features for a piece of hardware that developers would love to play with, but without a unified view with details in the background, Microsoft has no chance at chomping away at the still-dominant iPad’s market share. The Microsoft Surface tablet is not made to compete with the iPad, or so they might say, but it’ll be considered a tablet as long as it’s marketed without its keyboard – and rightly so.

What we’ve witnessed this week is a presentation by Microsoft that shows off what they believe is an ideal package for their new operating system Windows 8. There are two versions of the Surface tablet, one of them working with Windows RT, the other with Windows 8 Pro, both of them ready to go to battle with the developer world for supremacy in the Windows 8 market. But it will not compete with the iPad.

Check our our full hands-on with Microsoft Surface here.

The Windows 8 tablet market will be fleeting because Windows 8 is a non-committed operating system. It’s a system of two minds, one of them in the mobile world, the other in the desktop world – one made for your finger, the other made for your mouse. Because of this, it will be seen as a desktop operating system and users will want to use a mouse to work with it until the metro interface is done away with entirely. The Surface tablets will make great use of the metro interface, but because this is all still under the Windows brand umbrella, the vast majority of the users using the software will expect to be able to do all the things they’ve done on their own stay-at-home tower or notebook for many, many years. 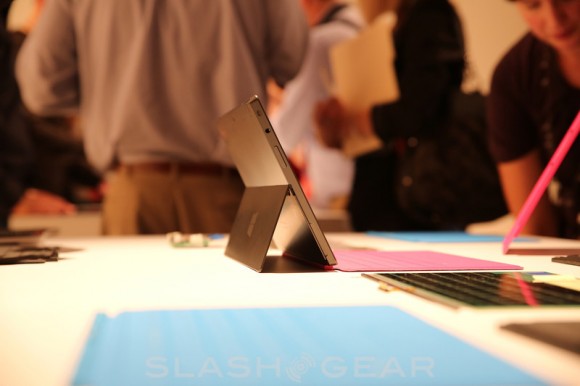 The Surface tablet, even the Windows 8 Pro iteration, will not be able to fulfill the needs of the power user. The Windows 8 Pro version of the Surface tab is aimed directly at power users, but because the keyboard is so drastically different from what we’re using today with a notebook – if only in its height from the table it sits on – it’ll be extremely difficult to convince power users that they should commit. 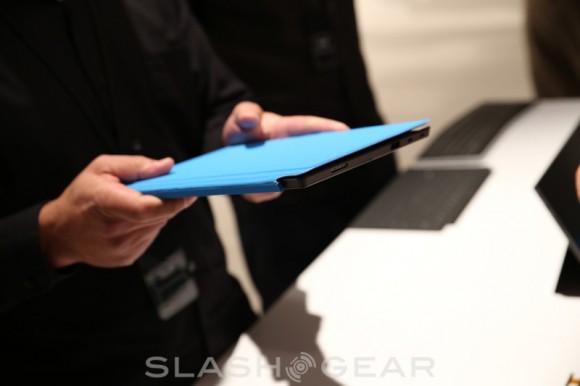 Microsoft imagines that this will be the end of the “laptop” name even though the industry has been fighting to do away with that name for the “notebook” for several years due to the heat they emit. This cannot happen as quickly as the hardware industry wishes it would – and the Surface tablets are going to have a tough time being adopted by hobby users because of it.

Take note of this, Microsoft:

Stay tuned as we continue to analyze the situation as the release of the Surface family of tablets is released later this year!