3D printed VR headset for OnePlus One has adjustable lenses

With the popularization and commercialization of 3D printing, you can almost make anything these days. With some patience and time, of course. 3D printers have been used to solve a wide range of problems, and non-problems, like replacement limbs for dogs or even chocolate. It was that same problem-solving thinking that lead Rene Meeh to face one his problems head on, almost literally. Meeh was able to make the first VR headset specifically designed for the OnePlus One smartphone. But it’s not just your regular VR headset either.

Virtual reality headsets that utlize smartphones is becoming a thing after Samsung came out with the Gear VR. Google unveiled its Do-It-Yourself Cardboard, which LG would later take for its own G3 smartphone. Even Apple has been discovered to have toyed with the idea years ago. The sad thing about these headsets is that they are designed for a specific smartphone only, perhaps with the exception of Archos’ VR glasses. So when Meeh wanted something similar for his powerful OnePlus One smartphone, we had no choice but to make one himself.

Much like Google Cardboard, the final product, which underwent various prototypes naturally, has no electronic components, which makes the contraption easier to replicate by others. It does require more than 3D printed parts, of course, like lenses, 4 screws, a headstrap, and a face foam. All in all, the VR headset functions simply as a holster for the OnePlus One. For controls, you’ll need a Bluetooth controller and for more immersive audio, a headset. 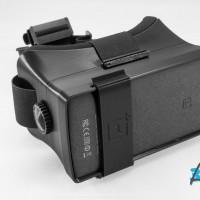 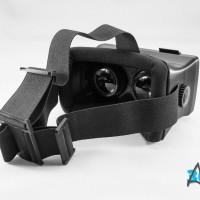 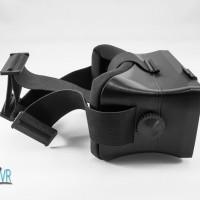 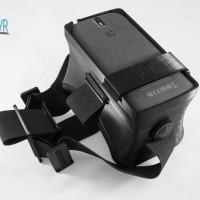 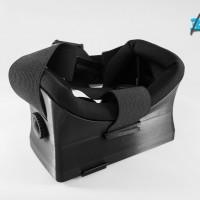 What makes this particular VR headset different from the likes of the Gear VR are the adjustable lenses. Meeh noticed that very few headsets make provisions for people with less than perfect eyesight. With Meeh’s implementation, the user can remove his or her own eyeglasses and adjust the lenses by turning the lens ring.

That said, this VR headset was made for the OnePlus One and the OnePlus One only, so it doesn’t really solve the problem of having a one size fits all kind of headset. Meeh does plan on offering kits that have all the needed parts included to make it easier for other to follow in his footsteps. Provided they have access to a 3D printer, of course.