3D printed iconic Shelby Cobra is all electric under the hood

We’ve seen some 3D-printed cars evolve from rough, inexpensive designs to dreamy, printed concept cars. In honor of the iconic Shelby Cobra’s 50th anniversary, the U.S. Department of Energy‘s Oak Ridge National Laboratory 3D-printed an electric Shelby Cobra. The vehicle’s whole body and chassis, even interior details like the headrests, were 3D-printed from lightweight, reinforced ABS. To give the cobra a modern twist, they gave the car a non-printed, electric engine. The DoE created the car, from design inception to final production, in six weeks.

According to designer Lonnie Love, PhD, “It’s not going to look like a printed vehicle. It’s going to look like a real car.” I’ve got to admit, he is right on that point. Its beautifully slick finish is enviable. One would never guess the body was made using single layer-by-layer printing.

The 3d-printed auto parts weren’t ready directly from the printer, they had to be sanded down and shaped, giving them the smoothness of a retail-manufactured car. The innovators developed a new paints to chemically bond with the printed surface, giving the Cobra its shimmering finish. 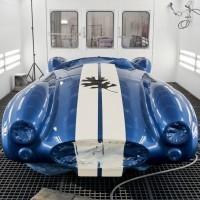 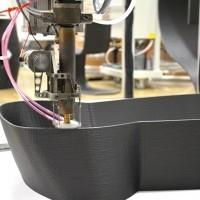 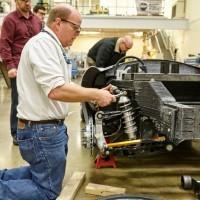 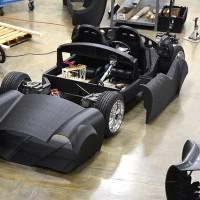 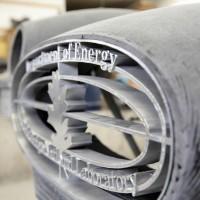 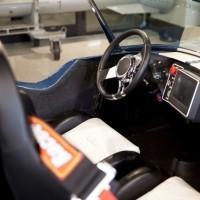 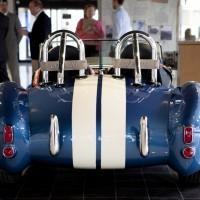 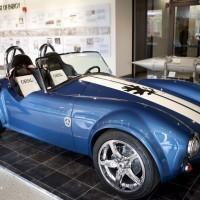 The printed Cobra uses an 100-kilowatt engine that can take the car from 0 to 60 mph in less than five seconds. The team actually quantified how much energy was spent manufacturing the car, and came to the conclusion that its 3d-printing method is one of the most efficient processes around.

Take a look at this behind the scenes video from the 3D printing of the iconic car.