You may have been distracted at the time, but Volkswagen revealed the 2022 VW Golf R overnight and the hotly-anticipated performance hatchback is shaping up to be the most advanced car to bear the nameplate so far. Flagship of the new Golf lineup, horsepower and torque are up over the old Golf R, but there are arguably more important changes behind the aggressive sheet-metal.

By the time the new car arrives, it’ll have likely been more than two years since the Golf R was officially offered at US dealerships. Volkswagen dropped the Mark 7 version in August 2019, and says that it expects the 2022 Golf R to land in the latter part of 2021. 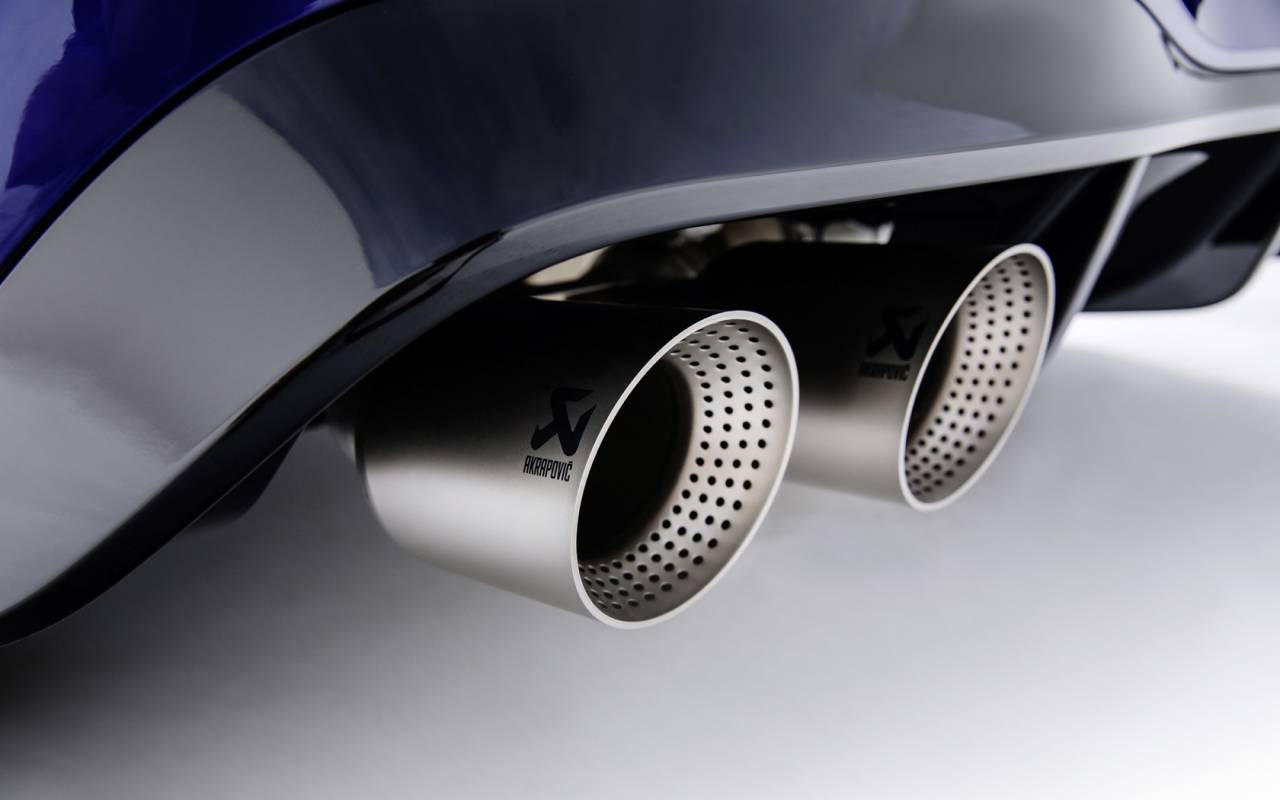 Purists will be delighted to hear that a 6-speed manual transmission is standard, with the 7-speed DSG automatic an option. Compared to the old car, power is up, too. The 2.0-liter turbocharged inline-four gas engine now packs 315 horsepower – 27 hp more than the old Golf R – and 310 lb-ft of torque. That’s enough, VW says, for 0-62 mph in 4.7 seconds, and a 155 mph electronically-limited top speed.

Certainly not dull figures, and numbers which best what Honda’s beloved Civic Type R offers. That currently gets 306 hp and 295 lb-ft of torque to play with. The first new Volkswagen cleverness is in how the 2022 Golf R’s power gets down to the asphalt.

Say hello to the new 4Motion

It’s no surprise that the new Golf R is all-wheel drive, what stands out is the system VW is using. The freshly-developed 4Motion system is paired with a new Vehicle Dynamics Manager, which also handles the electronic differential locks and the DCC adaptive damping. The result, VW claims, is a more natural, agile, and precise driving experience.

We’ll have to wait to see whether that’s true from behind the wheel, but mechanically it’s certainly an interesting setup. There’s a new rear differential, which can not only shift power between the front and rear axles, but between the left and right wheels too. Known as torque vectoring, it means the Golf R can push up to 100-percent of the available rear axle power to one side, helping make for tighter turns and less understeer.

4Motion is controlled by the Vehicle Dynamics Manager, which can adjust individual wheel damping 200 times a second, VW says. As well as deciding how much torque to apply to each of the rear wheels during torque vectoring, it can also apply the brakes to further slow the inside wheel in corners. If the sensors spot oversteer or understeer, they can mix those elements to address it in real-time. 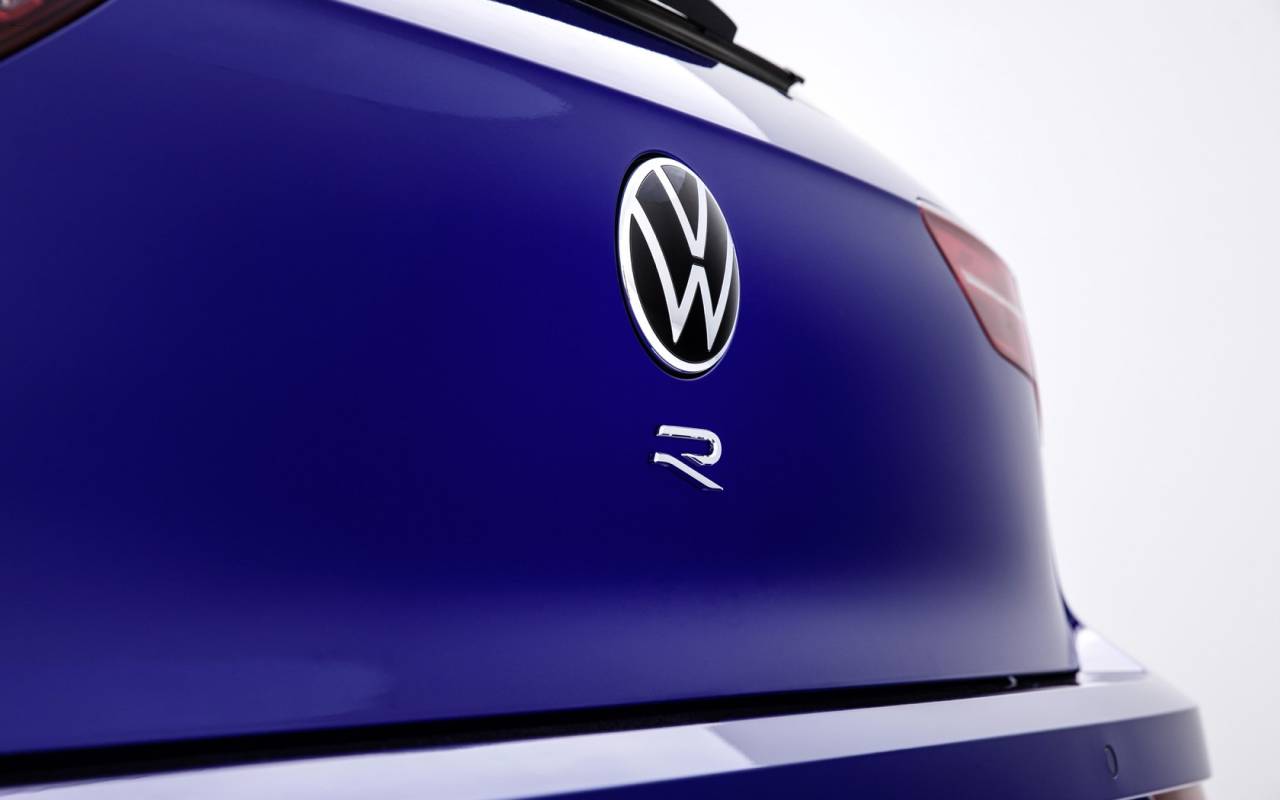 We’ve seen systems like this on supercars and more expensive performance cars before, but few that promise to be so relatively attainable as the 2022 Golf R.

New Special and Drift driving profiles are onboard

While the Vehicle Dynamics Manager may be doing much of the magic behind the scenes, that’s not to say the Golf R driver doesn’t have a hand in how the hot-hatch reacts. The Driving Mode Selection system carriers the same Comfort, Sport, Race, and Individual modes as before, but VW has thrown in Special and Drift modes too. The automaker expects most driving to be done in Sport, while Race shuts off the coasting feature, bumps up engine sound, and makes the transmission, damping, steering, and 4Motion systems all more aggressive. 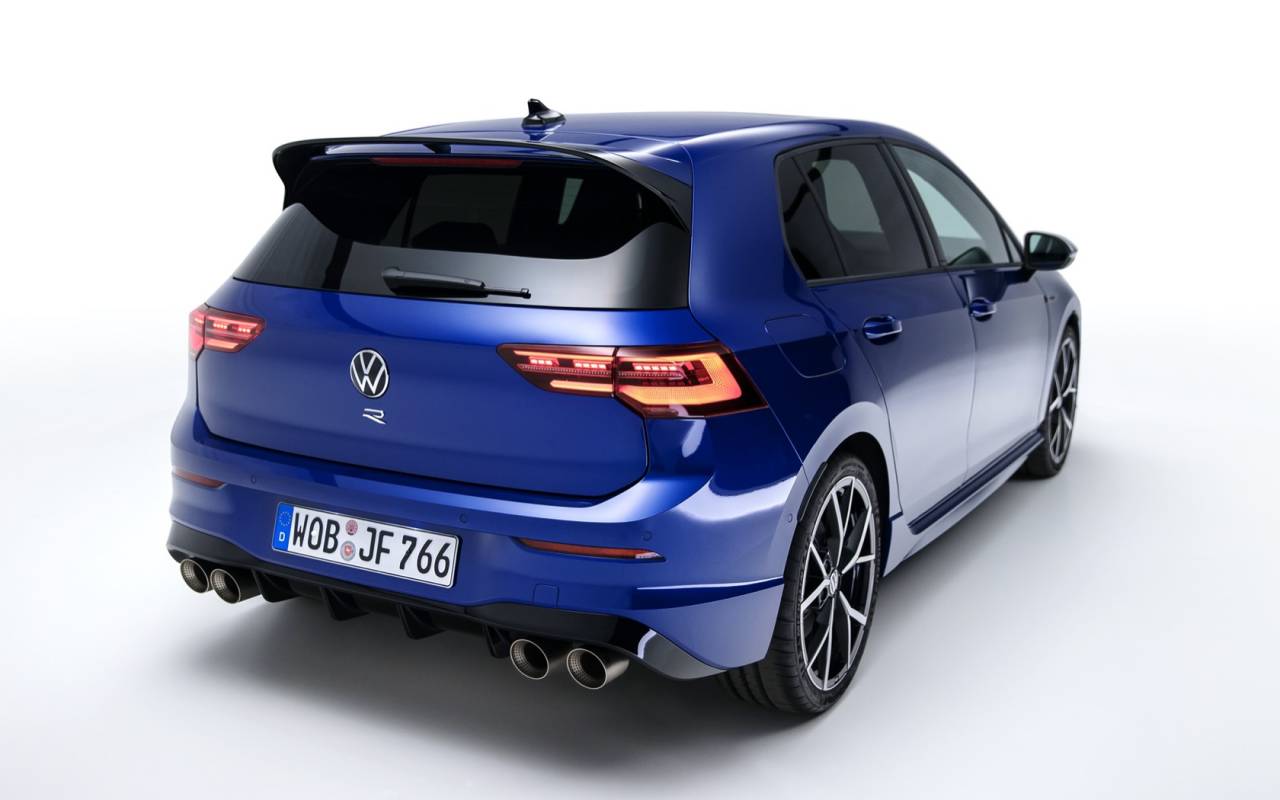 Special, meanwhile, is VW’s program for the infamous Nordschleife. It actually softens the dampers, helping ensure maximum rubber-to-road contact on undulating tracks, while the 4Motion settings and others are optimized for dealing with one corner following another in rapid succession. VW has also tweaked how the automatic DSG transmission handles downshifts, finessing how brake pressure ahead of corners causes the gearbox to step down through the ratios. 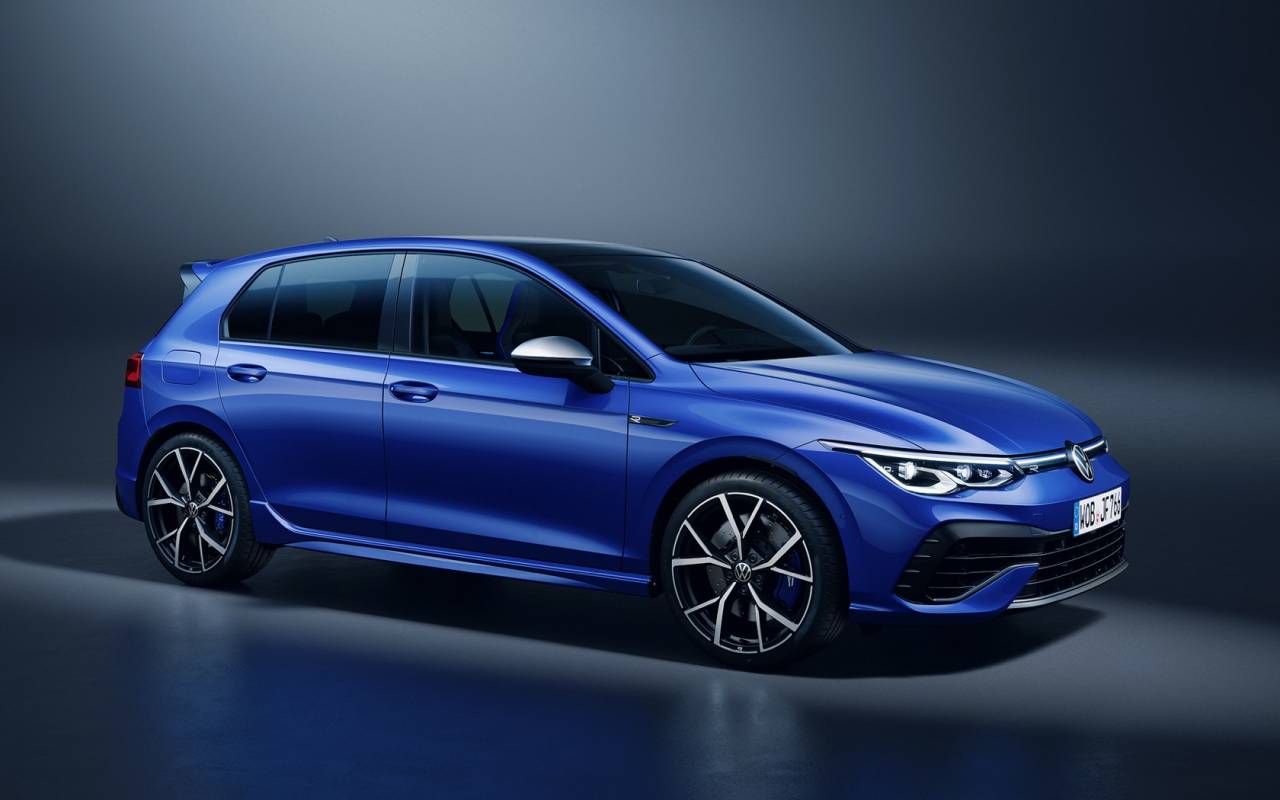 The new Drift profile, meanwhile, flips all that on its head. Figuring you actively want to go sideways, rather than cling to the corners, it changes the 4Motion settings and the stability control so that the usual reluctance of AWD vehicles to drift is overruled. That includes switching to ESC Sport mode, a halfway measure of shutting the system off that holds the stability and traction control a little further at bay, without deactivating them completely. If you’re feeling really confident, mind, you can turn ESC off entirely.

Inside, a sleeker and smarter interior

The Golf Mk8 already had a more high-tech cabin than its predecessor, including available digital instrumentation and a new infotainment system. The 2022 Golf R makes the 10-inch Discover Pro infotainment touchscreen standard, along with the Digital Cockpit driver display, but it also adds a new steering wheel. 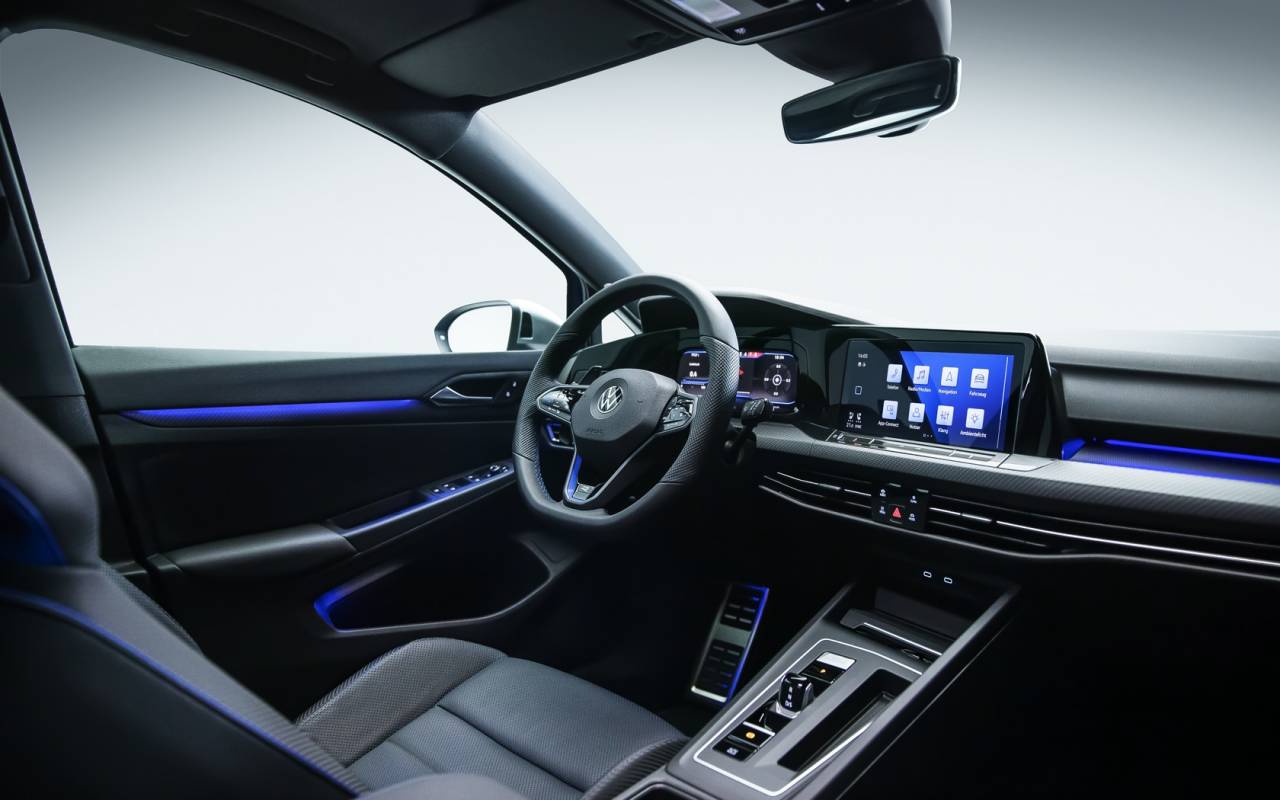 That has a special design for the Golf R, plus DSG paddle-shifters. What’s most clever, though, is the smallest detail: the new R button. 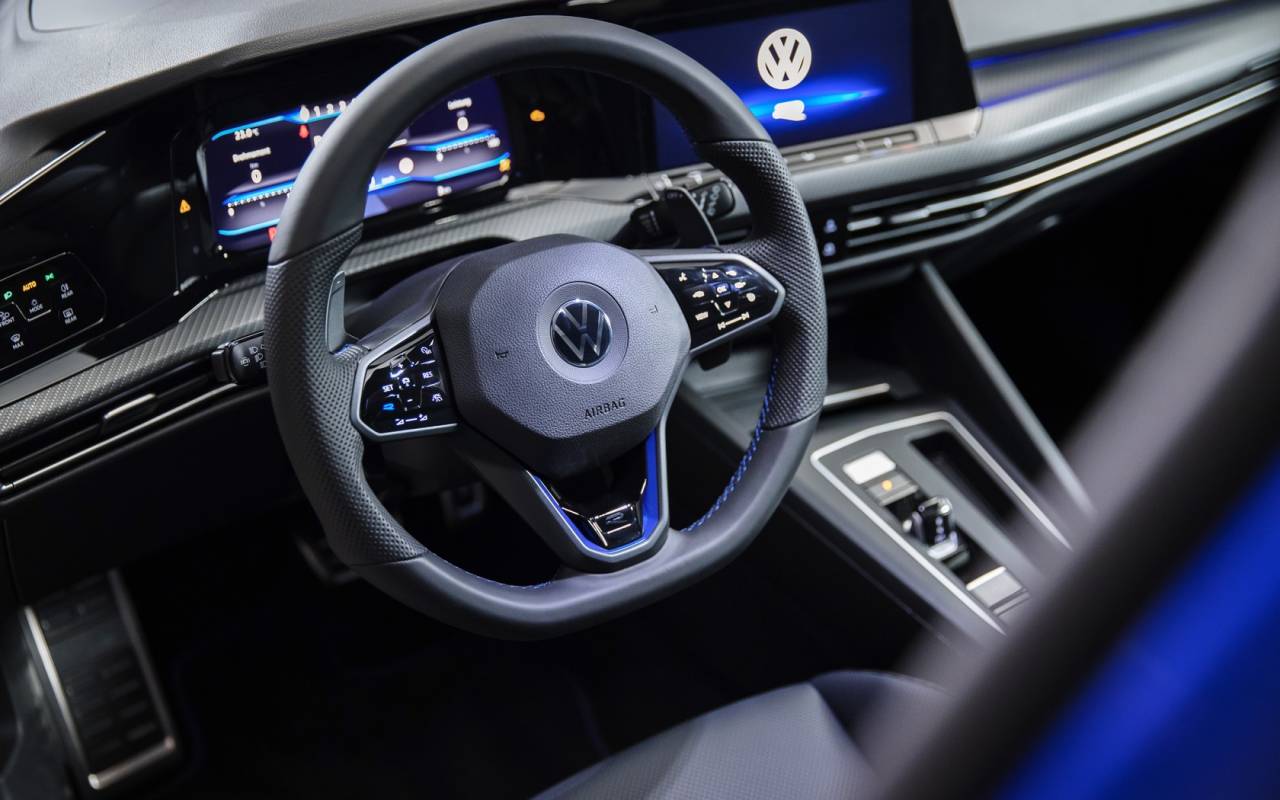 Tap that, and the Golf R steps through the different driving profiles. However you can also press the R button more forcefully, and jump straight into Race mode. After all, if you find the perfect stretch of winding asphalt to play with, you want to make sure your new hot hatch is set up, eager, and ready to make the most of it.

Pricing for the 2022 Volkswagen Golf R in the US will be confirmed closer to the car’s release next year.