The 2022 Volkswagen Tiguan is arriving soon, and it’s brandishing a new face along with fresh interior updates. But how soon? Apparently, Europe will get the refreshed Tiguan later this year, while the U.S.-spec long-wheelbase Tiguan won’t arrive until late 2021 as a 2022 model.

It’s quite far off, but the new VW Tiguan will make it worth the wait. And while the final details are still a bit sketchy at this point, Volkswagen was kind enough to release a teaser image of the 2021 Tiguan. According to the German carmaker, the new Tiguan will receive updated powertrains, a bevy of fresh technology, and a revitalized fascia.

Based on what we’re seeing, it seems the new Tiguan’s fascia inherited some styling DNA from the new VW Atlas Cross Sport. It also bears a striking resemblance to the VW Jetta and eight-generation Golf, which doesn’t come as a surprise. The new Tiguan has slimmer lighting elements and a wider front grille. The aim was to give the Tiguan a sharper, sportier vibe while maintaining the dignified vibe of the outgoing model. 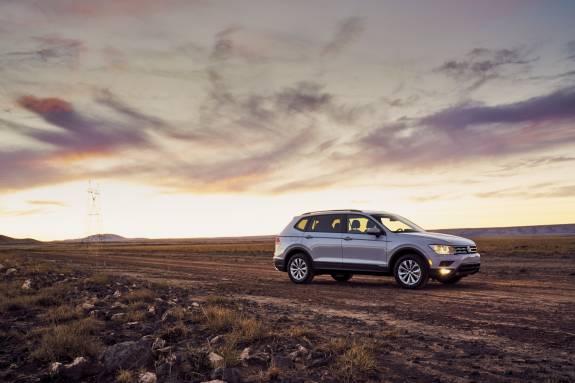 In a media conference call, Volkswagen’s head of product marketing shared some important features of the new Tiguan. According to Dr. Hendrik Muth, the refreshed Tiguan will keep the all-important third row, which remains a popular feature to U.S. customers. He also said the vehicle will also get full LED lighting for the headlights and taillights, although VW’s Matrix Beam Headlights will only be offered in Europe. 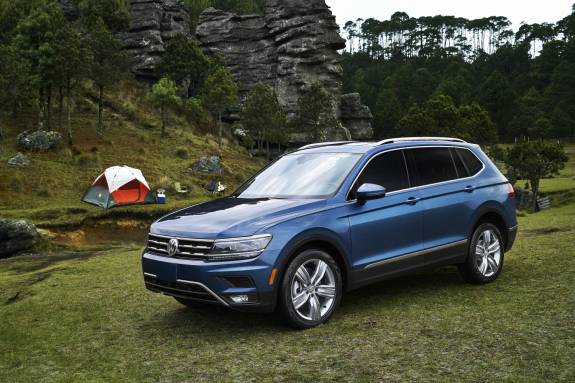 The 2022 Volkswagen Tiguan will remain powered by VW’s B-cycle 2.0-liter turbocharged four-cylinder mill, good for 184 horsepower and a healthy 221 pound-feet of torque. A high-performance R-Line Tiguan is waiting in the wings along with a plug-in hybrid (PHEV) model, although it’s too early to speculate at this point. 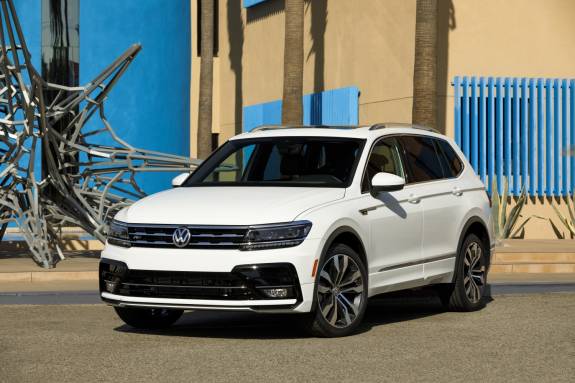 In Europe, the new Tiguan will still be offered with an updated diesel engine with twin-dosing technology. According to Dr. Muth, the new diesel is engineered to reduce NOX emissions by more than 80-percent while reducing harmful CO2 emissions.