The 2022 Toyota GR 86 recently debuted online, five months after the new Subaru BRZ made its official debut last year. And this got us thinking: Is Toyota cooking up a storm for its latest two-door sports car (to differentiate the 86 further from its BRZ platform-mate)? Or is Toyota simply taking its sweet time in releasing the third and newest member of its GR (Gazoo Racing) lineup after the GR Supra and magnificent GR Yaris?

First, let’s talk about the name change. Formerly called the 86, it is now officially renamed the GR 86 yet is still co-developed with Subaru. Still, the 2022 Toyota GR 86 follows the same recipe as the outgoing model. It’s still a 2+2 sports coupe with two doors, a rear-wheel drivetrain, and a Boxer engine in the front. 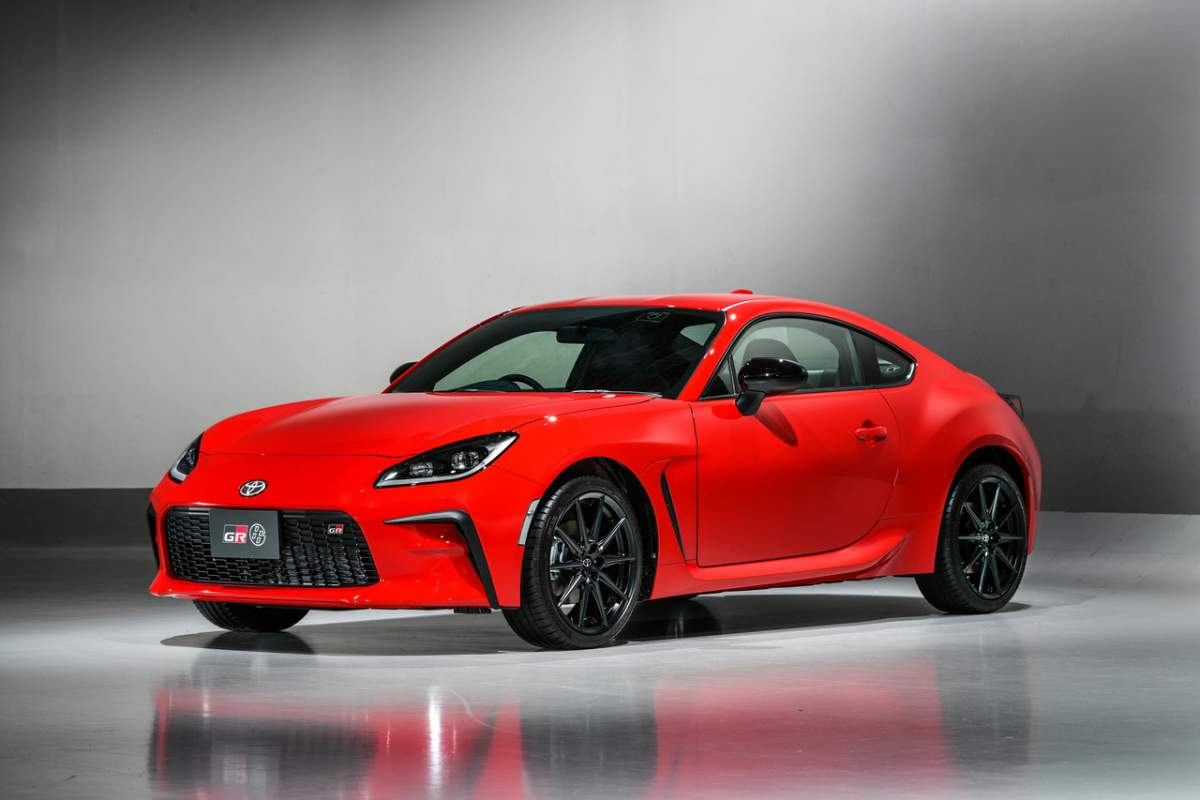 Speaking of the engine, the newest Toyota GR 86 will carry the same 2.4-liter naturally-aspirated flat-four engine first seen in the 2022 Subaru BRZ. Toyota has yet to announce the power figures, but we reckon it’ll mirror the BRZ’s engine output, producing 228 horsepower and 184 pound-feet of torque. And in case you’re asking, the new engine pumps out 23 more horsepower and 28 more torques than the old 2.0-liter Boxer mill.

According to Toyota, the new engine offers faster responses to the throttle pedal throughout the rev range, allowing the new GR 86 to rush from zero to 60 mph in 6.3-seconds, almost a full second faster than the outgoing model. As usual, a six-speed manual is standard, while a six-speed automatic remains optional. If you choose the latter, you get Subaru’s EyeSight safety features as standard, too. 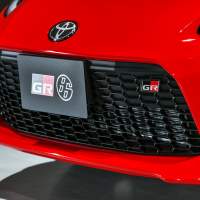 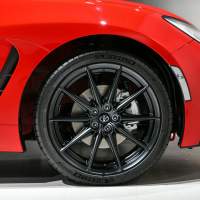 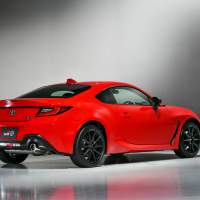 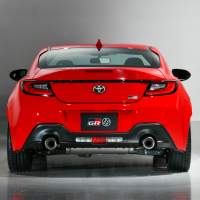 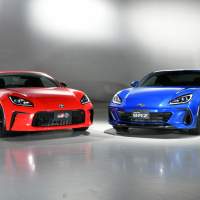 Toyota is the first to admit that its newest GR 86 has almost identical body dimensions to the old model, limiting the height and hip-point to aid handling and agility. It also means retaining its lightweight architecture despite having a larger engine, tipping the scales at around 2,800 pounds. Helping the cause are aluminum roof panels and fenders to reduce weight further. 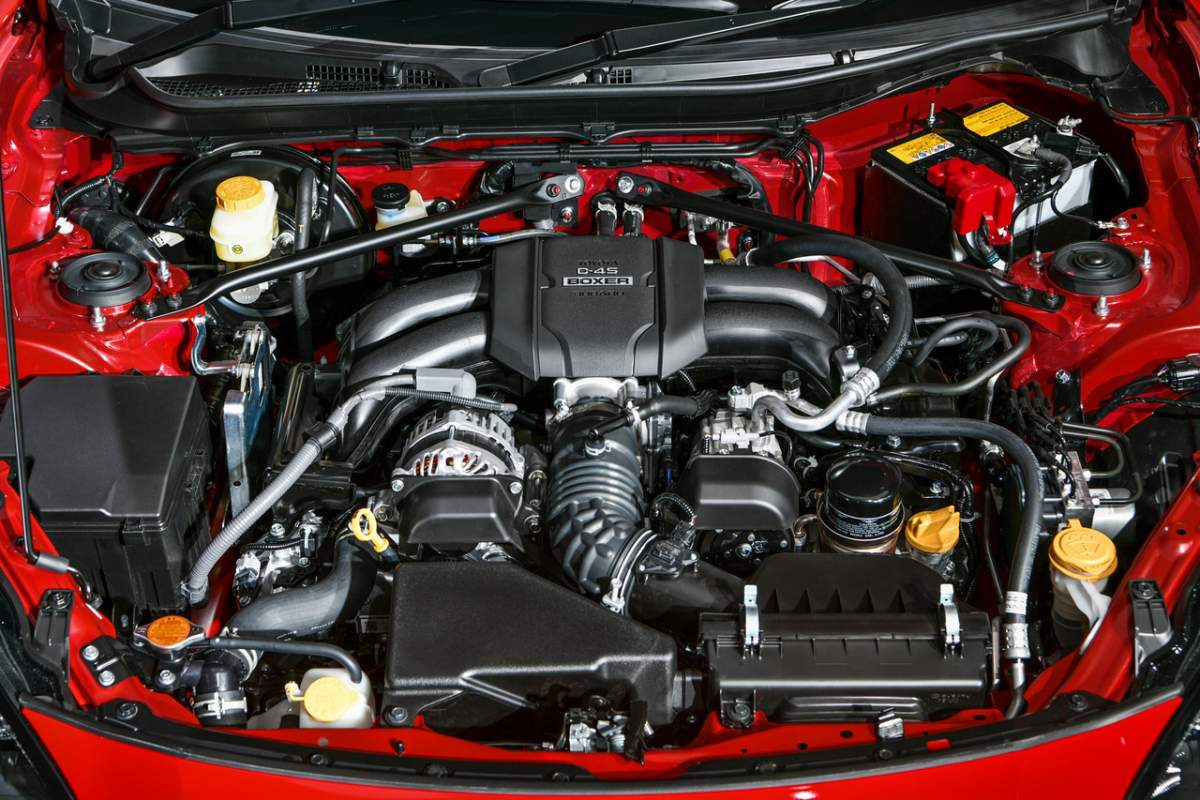 It still has a long hood, a curvy roof, and a rather stubby rear end like the outgoing 86, but it now has new headlights, taillights, and a functional Matrix front grille. Like the new Subaru BRZ, the Toyota GR 86 offers 50-percent better torsional rigidity for nimbler handling. 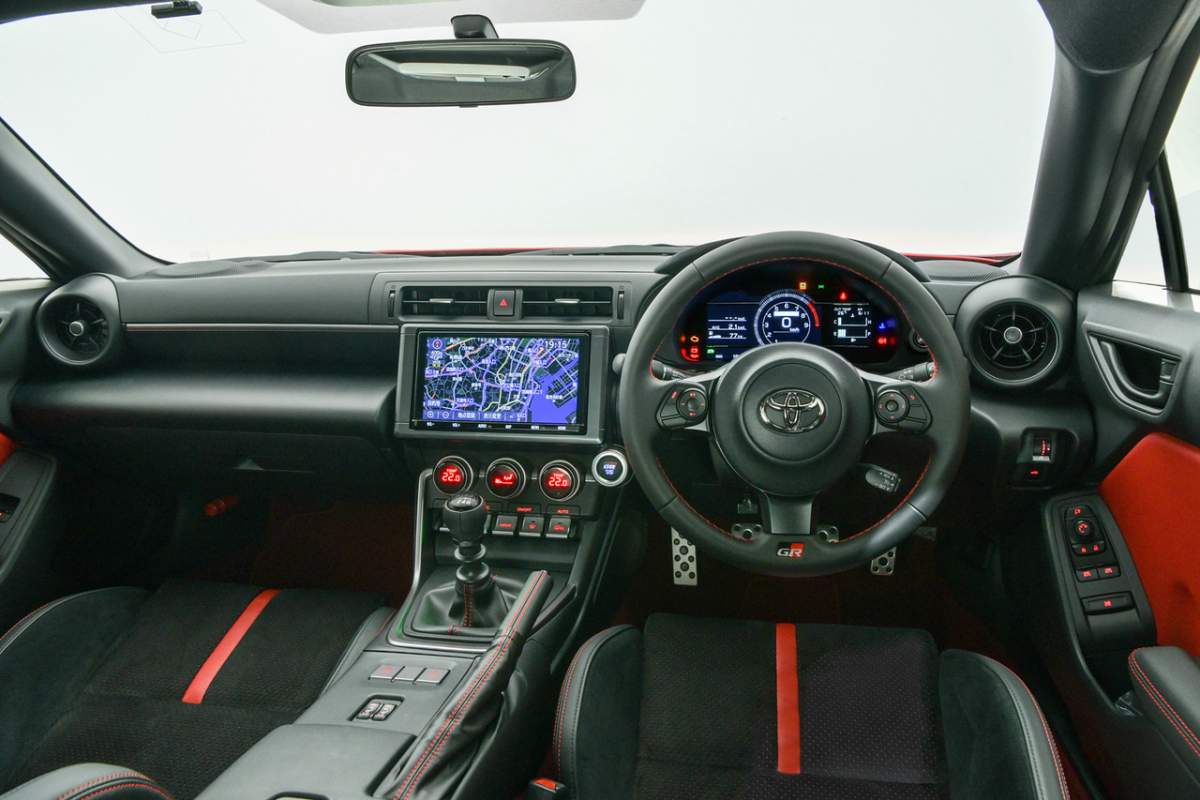 Inside, the new GR 86 has a new 7.0-inch digital instrument cluster with a new animated startup sequence depicting the piston movements of the car’s horizontally-opposed Boxer engine. The 2022 Toyota GR 86 will go on sale in Japan this autumn, with the first U.S. deliveries arriving later this year. Pricing and other specifics will follow soon.