Crossovers and SUVs may be sweeping new vehicle sales, but that doesn’t mean enthusiast cars are going anywhere, something the 2022 Subaru BRZ is eager to remind us of. Revealed today, the new version of the popular and affordable sports coupe gets a thorough reworking, with more power and improvements in handling, styling, and cabin accommodations.

It’s been eight years since we first saw the BRZ, Subaru’s co-development with Toyota quickly earning itself a reputation as an unexpectedly low-cost route to an entertaining drive. Like its Toyota 86 sibling, the BRZ prioritized the basics: low weight, a low center of gravity, and a punchy engine with a manual transmission. 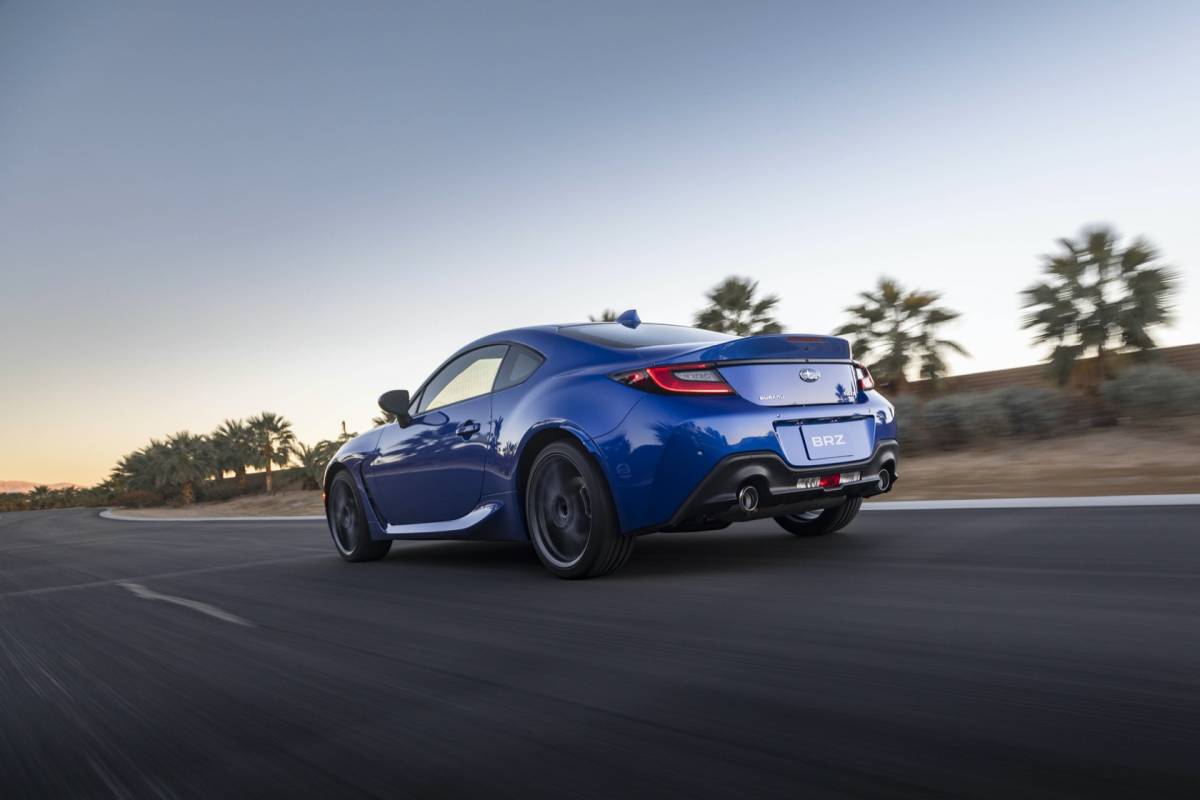 It was an interesting response to the ever-popular MX-5 Miata, but just as Mazda’s roadster has had to evolve with the times, so too does Subaru’s coupe. The 2022 BRZ gets a bespoke chassis, with “near perfect” weight distribution according to Subaru, that borrows elements from the Subaru Global Platform for its other models. It’s stiffer than before, the automaker claiming a 60-percent increase in front lateral bending rigidity and a 50-percent increase in torsional stiffness.

That should add up to better handling and a more engaging drive, as too should the new engine. That’s a naturally-aspirated 2.4-liter BOXER, good for 228 horsepower at 7,000 rpm and 184 lb-ft of torque at 3,700 rpm. It’s linked to a 6-speed manual gearbox as standard, but Subaru will offer a 6-speed automatic with paddle-shifters as an option. 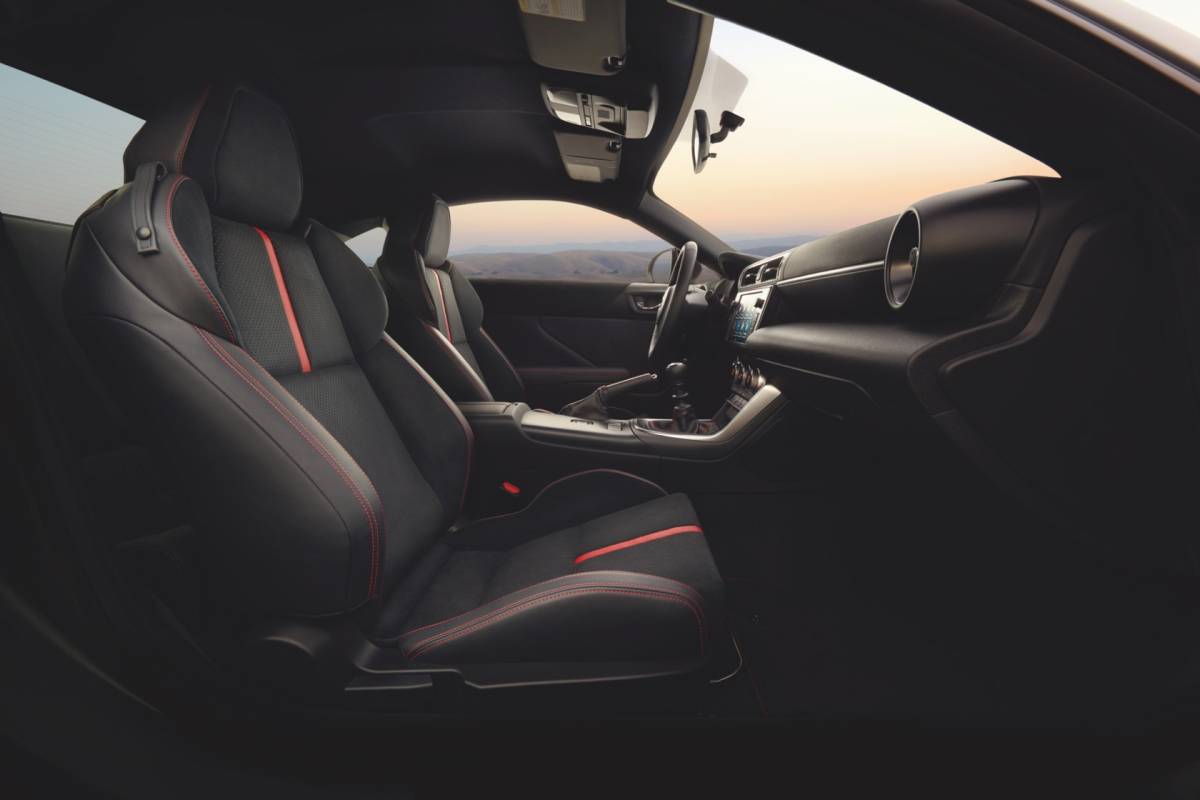 Both will get a limited-slip rear differential, MacPherson-type struts at the front, and double-wishbone rear suspension with coil springs. Curb weight is expected to be just north of 2,800 pounds for the manual car. 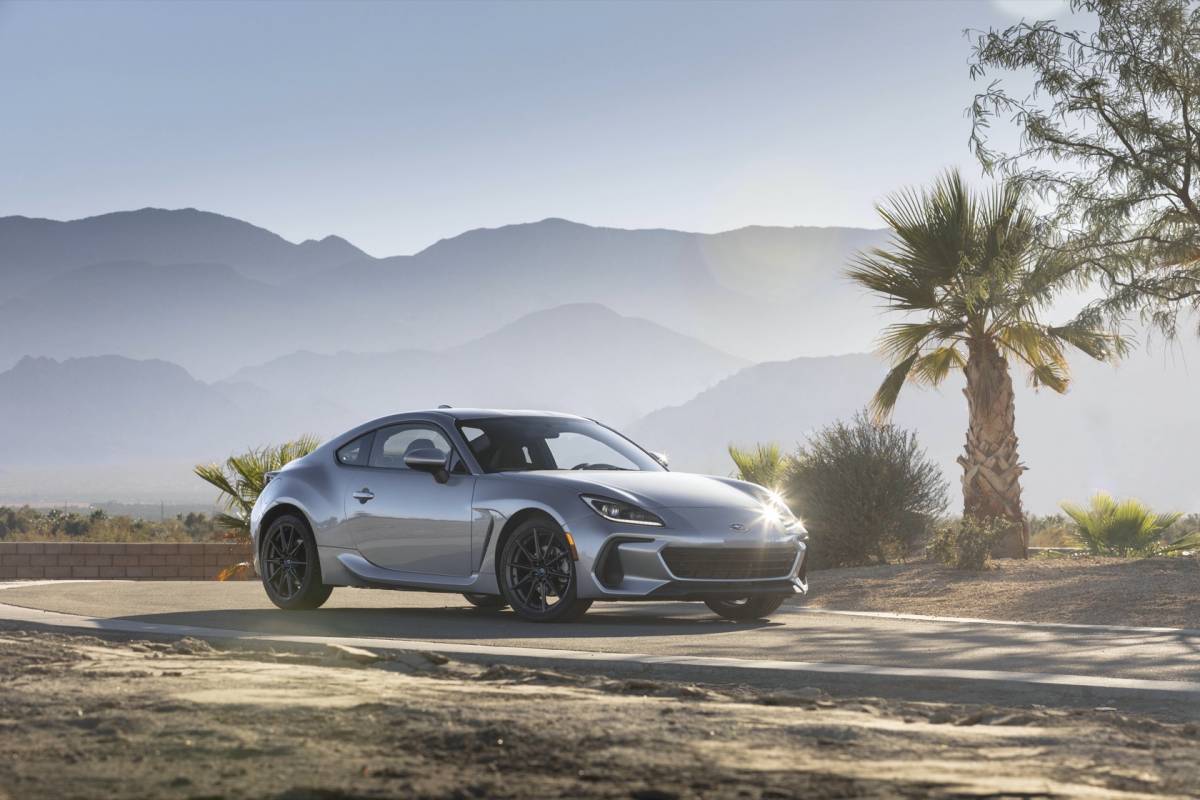 The power numbers aren’t outrageous, but then again they don’t really need to be. The focus is engaging performance, hence things like the new Sport mode with automatic throttle blipping on the automatic car. The Vehicle Stability Control system has five settings, so that the electronic nannies can be tamped down – or turned off completely – for track use. 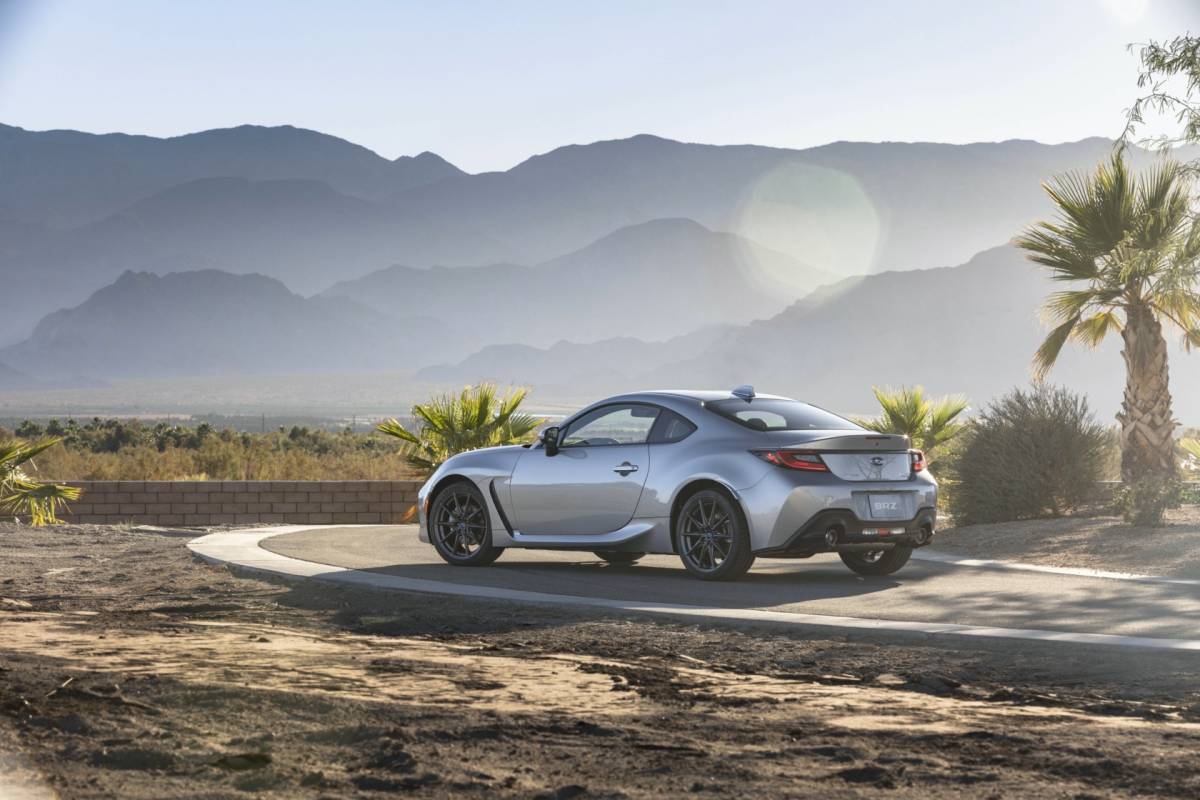 Outside, there’s a more aggressive look. About an inch longer and a half-inch lower than before, the 2022 BRZ has a bolder grille and more functional air intakes at the front. The greenhouse has been slimmed, too, and there’s a double-bubble roof in a nod back to classic racers. More functional venting features on the front fenders, to help with downforce, and there’s a wider track at the rear and dual exhausts. A ducktail rear spoiler is standard. 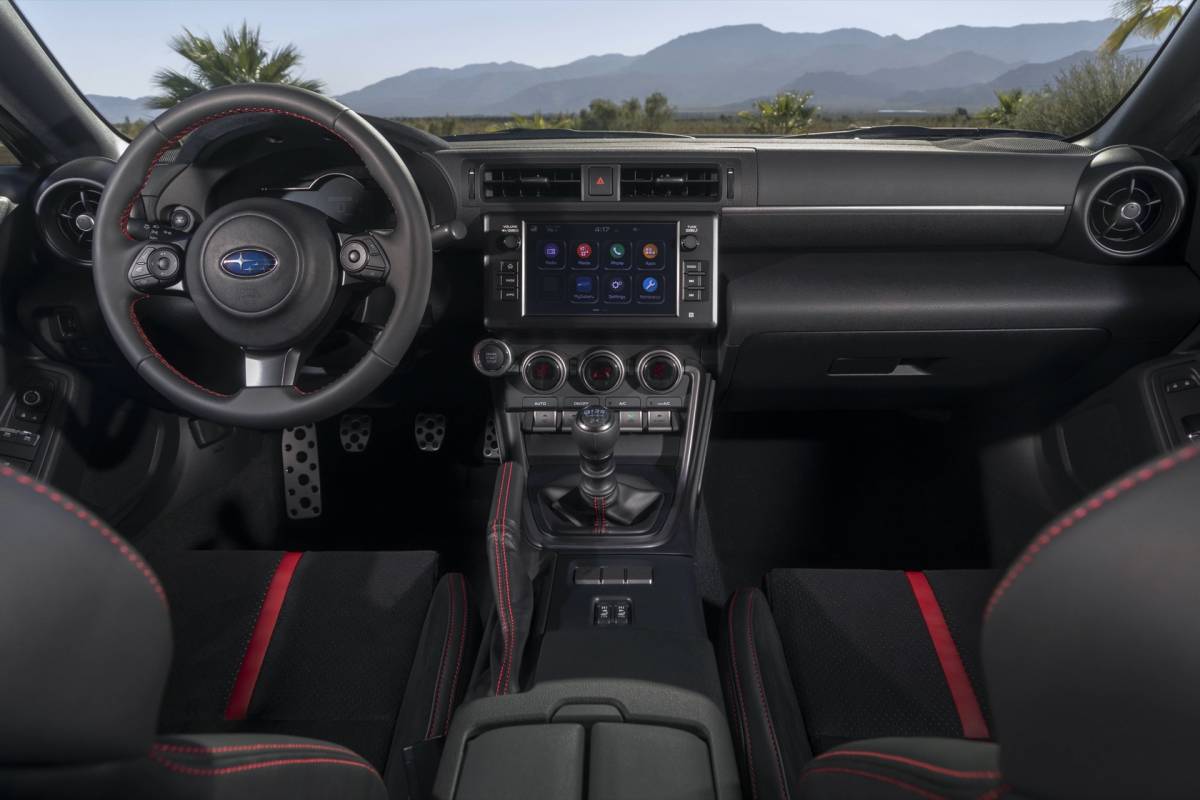 As for the inside – never the old BRZ’s strength, it has to be said – Subaru has given the 2022 car a big upgrade. There’s now a new, 7-inch digital dashboard, with custom track mode graphics. The 8-inch infotainment touchscreen uses Subaru’s latest Starlink system, with Android Auto and Apple CarPlay support as standard. Automatic cars get Subaru EyeSight Driver Assistance.

Bucket seats with red contrast stitching are standard, as are folding rear seats. It’s still a 2+2, mind, so the back row is probably still more useful for storage than passengers. Subaru will have two trims, Premium and Limited, with differences including 17-inch wheels on the former and 18-inch on the latter. 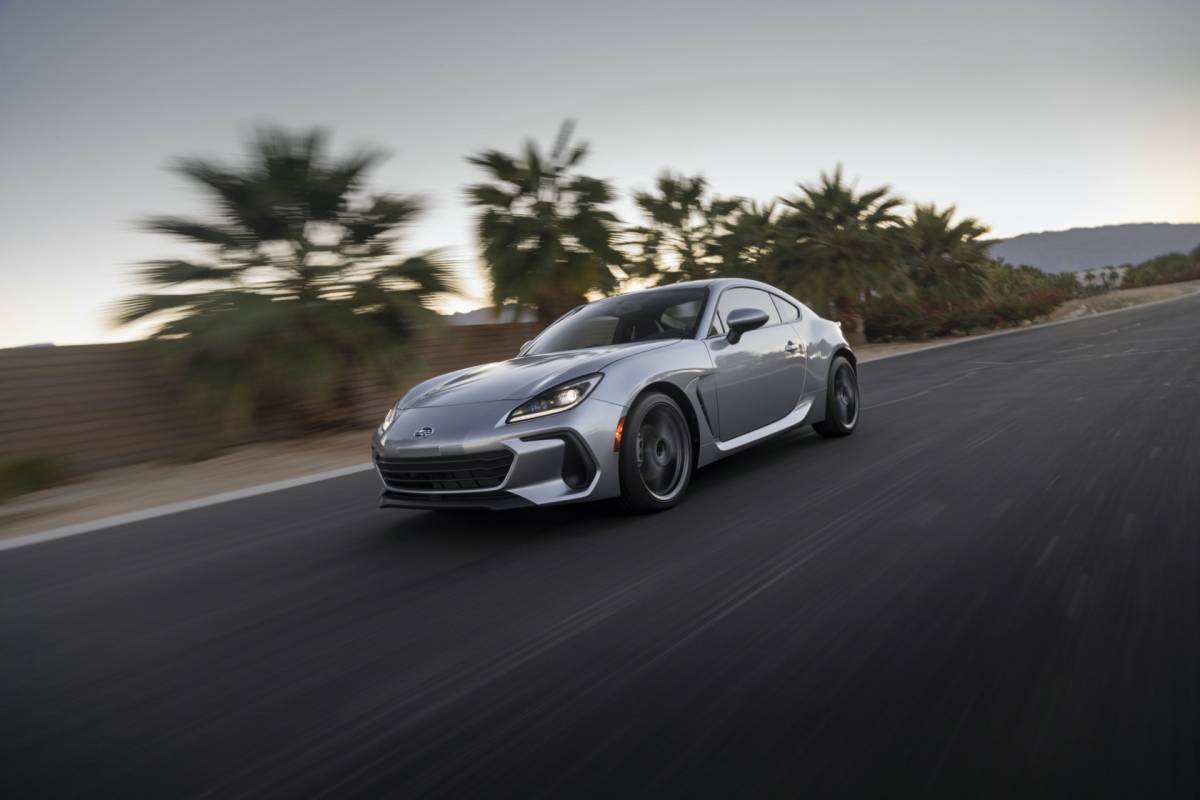 The result, Subaru says, is the lightest rear-wheel drive 2+2 production sports car available in the US, or at least it will be when it goes on sale in the early fall of 2021. Pricing will be confirmed closer to that release.