Toyota is adding a new crossover to its US line-up, with the 2022 Toyota Corolla Cross giving the longstanding nameplate a mini-SUV version. Based on the latest Corolla sedan, the new Cross version will be available in front-wheel drive and all-wheel drive versions.

Both will use the TNGA-C platform, Toyota’s architecture for compact cars. They’ll also share the same engine, a 2.0-liter Dynamic Force model with 169 horsepower. It’s borrowed, in fact, from the Corolla S. 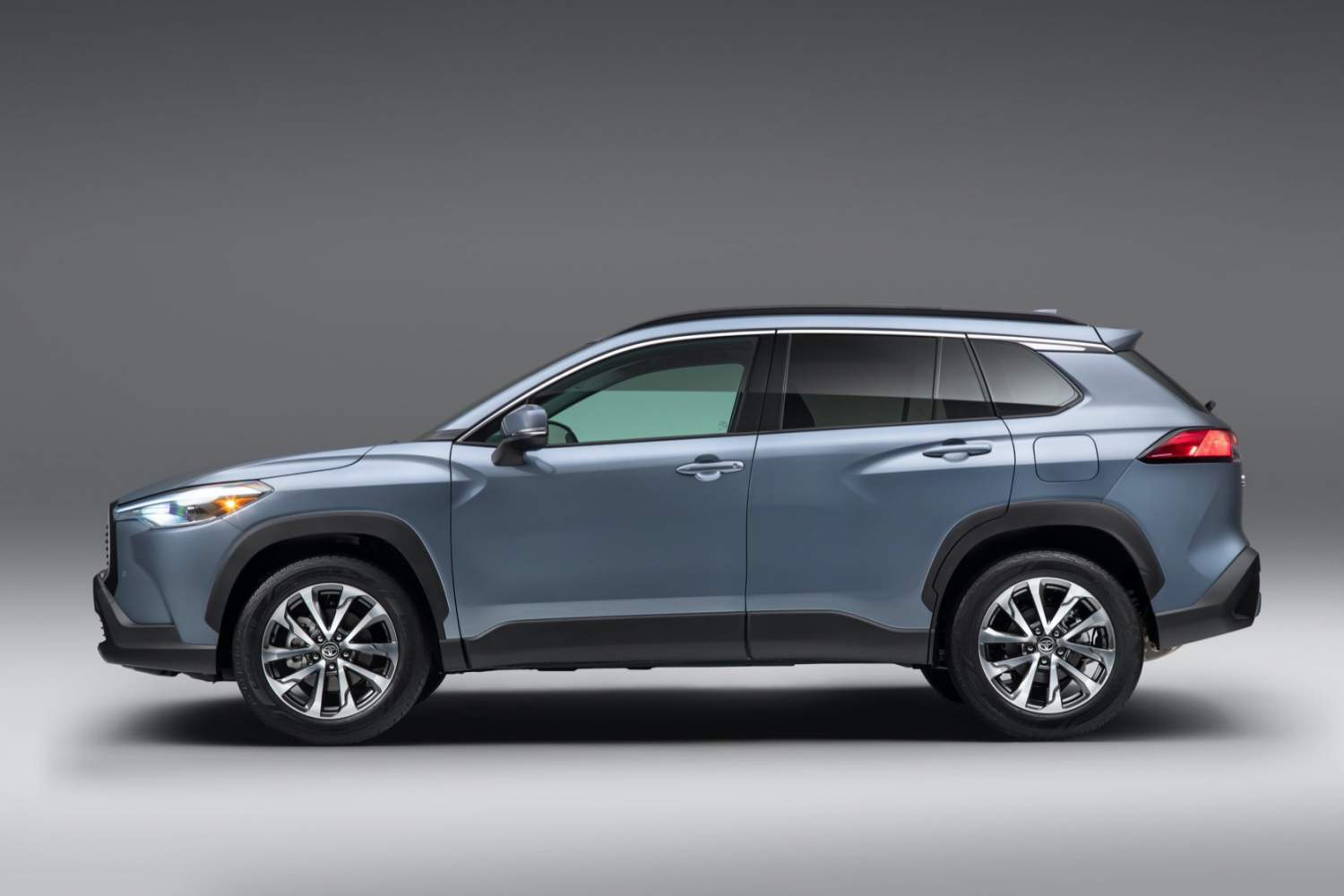 That means, although it uses a continuously-variable transmission rather than a regular automatic, it features a physical first gear too. Toyota calls it Direct Shift CVT, and it helps with a more enthusiastic pickup away from a standing start. It also means the 2022 Corolla Cross is rated for up to 1,500 pounds of towing. 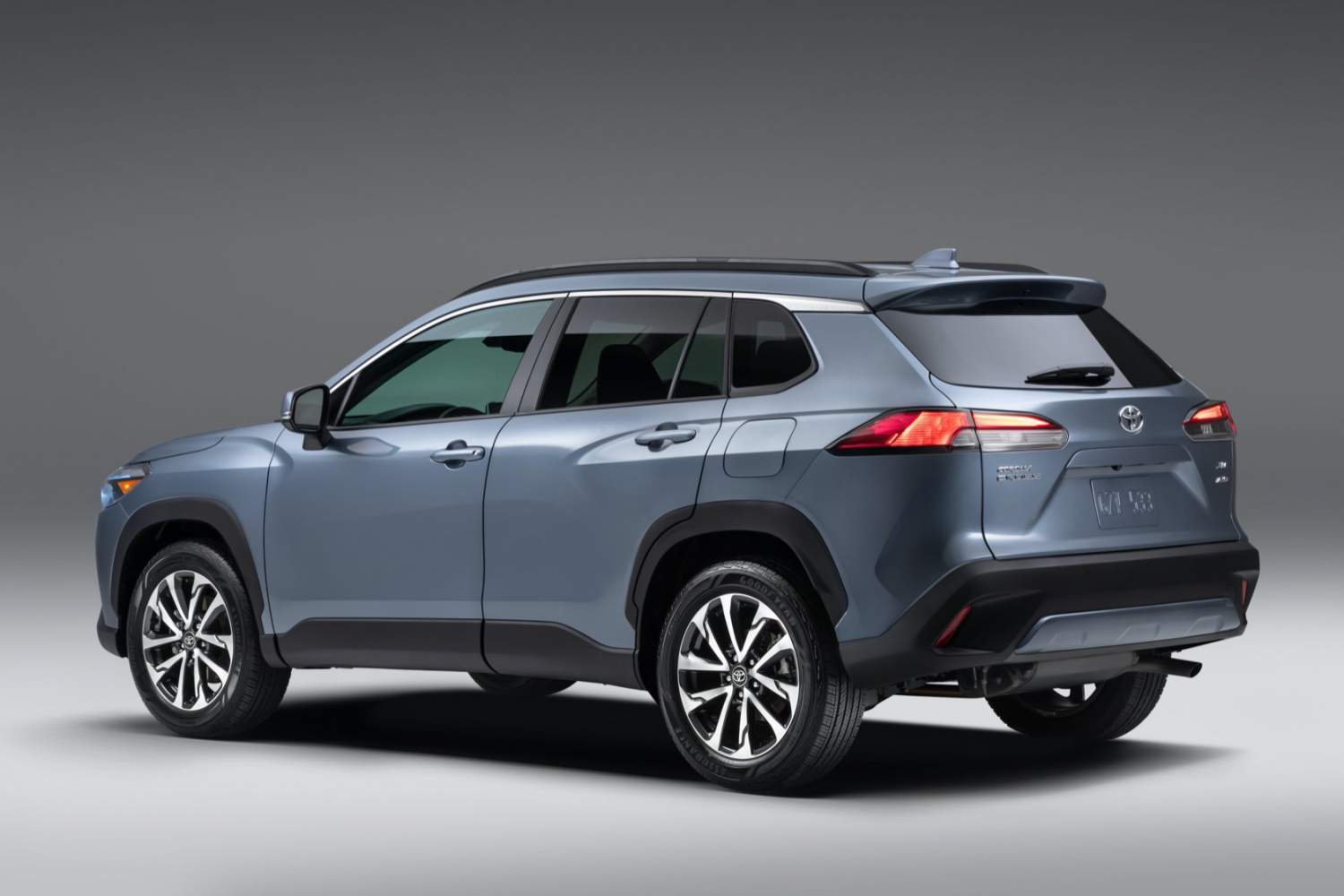 Front-wheel drive models get a new torsion beam rear suspension system, while all-wheel drive versions use a fully-independent suspension. The AWD Corolla Cross also uses Dynamic Torque Control, which can push up to 50-percent of the engine’s power to the rear axle when required. Alternatively, it can disengage the rear wheel drive altogether, for improved economy.

Toyota expects the 2022 Corolla Cross to get 30 mpg combined for the AWD version, and 32 combined for the FWD, on the EPA’s test cycle. There’s no confirmation on a hybrid yet, but Toyota is teasing more drivetrain news later on. 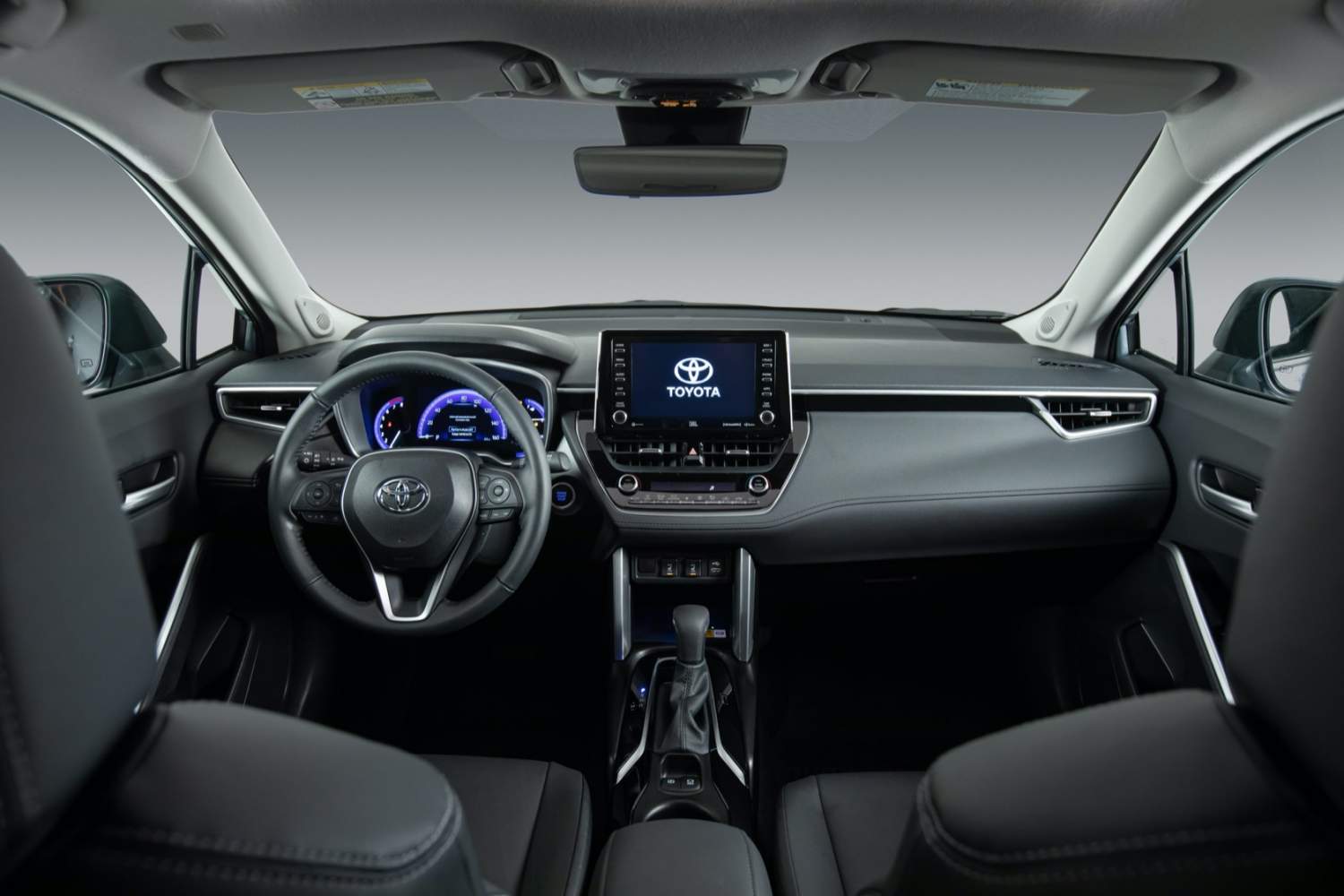 As for the design, Toyota has shifted the Corolla up in scale. There’s a black grille and standard LED lighting, along with black body accents. The rear gets an integrated spoiler and LED taillamps. There’ll be three grades – L, LE, and XLE – with the L getting 17-inch steel wheels and the XLE having 18-inch alloys. 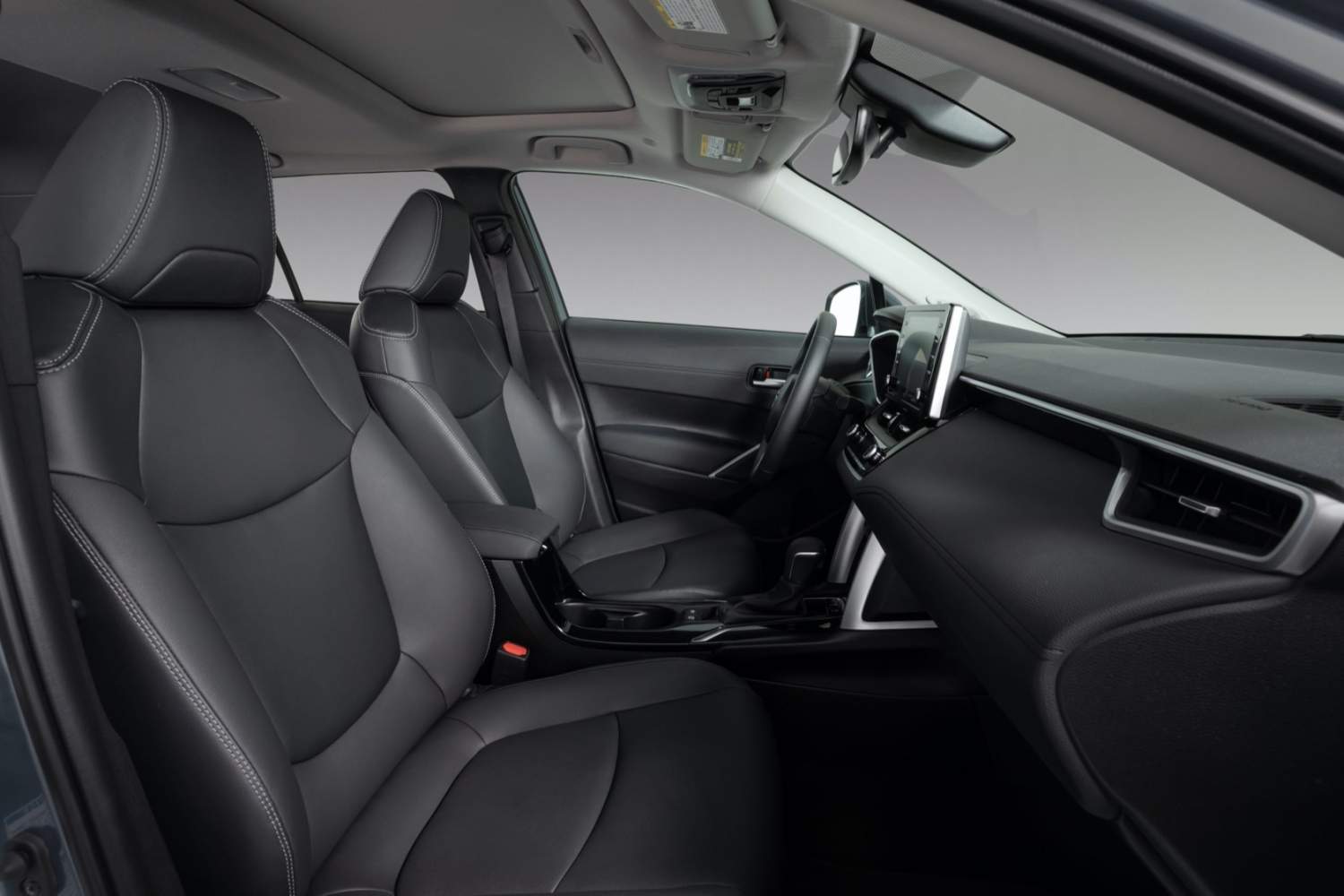 Inside, the rear seats have a 60/40 split as standard along with HVAC vents, with a power liftgate and a rear center armrest optional. Other options include a power moonroof, single- or dual-zone automatic climate control, SofTex upholstery, and a 10-way power adjustable driver’s seat with lumbar adjustment. Heated front seats are available, too.

Toyota plans a range of official lifestyle options, too, including a roof rack with crossbars and a bike rack. There’s 8.1-inches of ground clearance, and between 24.3 and 25.5 cu-ft of cargo space depending on whether you opt for AWD or FWD. 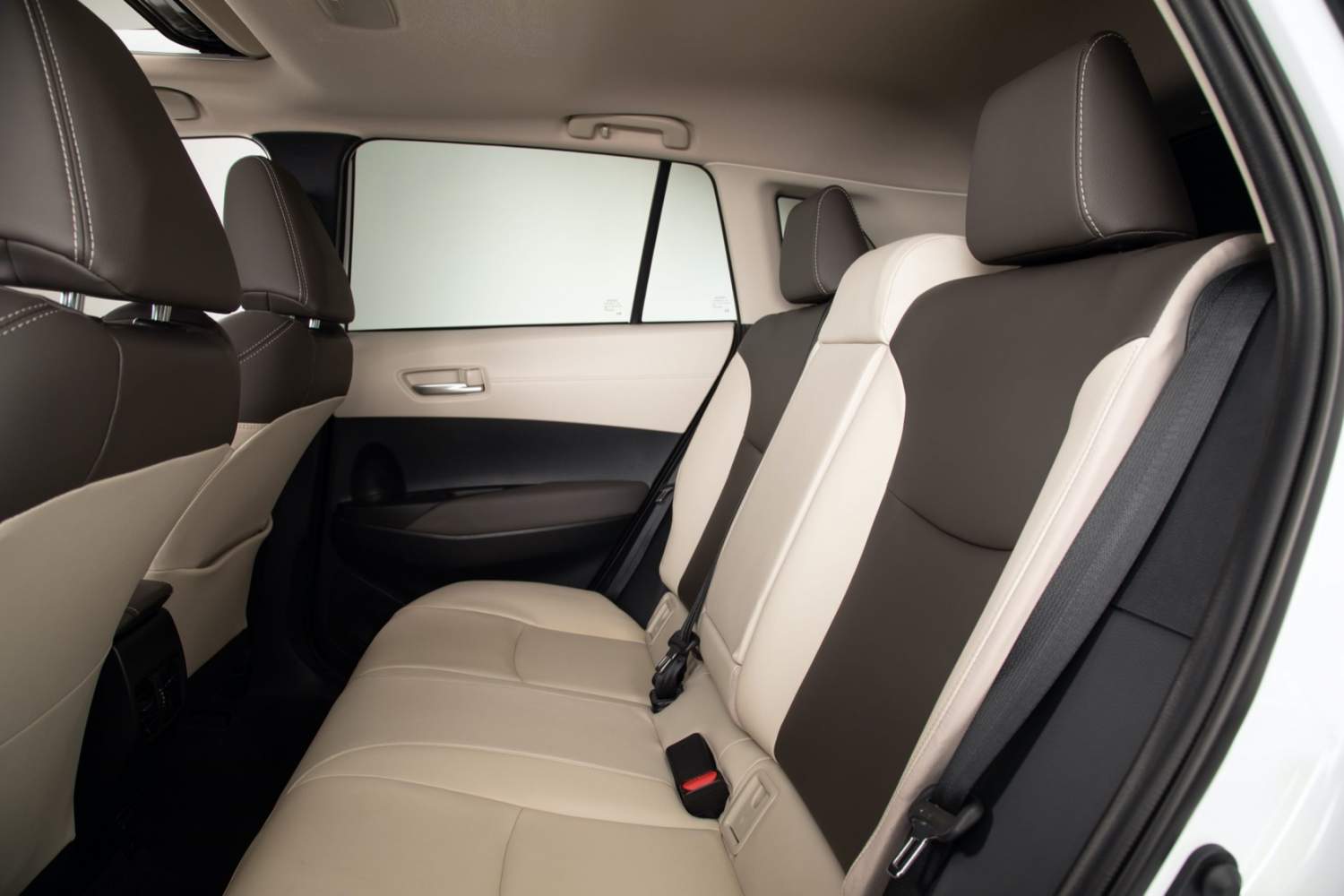 On the tech side, there’ll be Android Auto and Apple CarPlay as standard. A 7-inch driver display will be optional, as will an 8-inch central touchscreen; LE and XLE get wireless phone charging. LE and XLE trims get two rear USB charging ports, too. 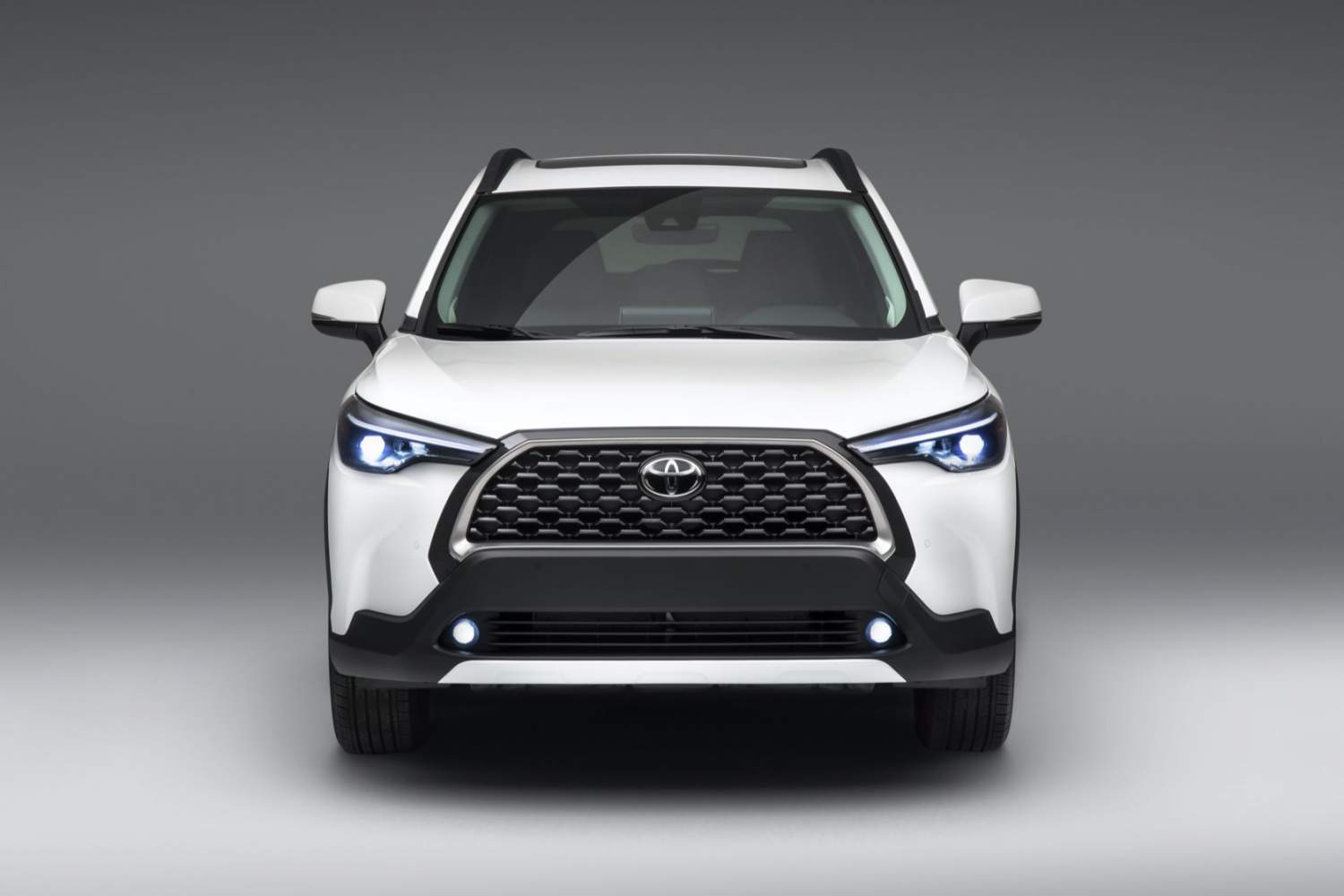 A JBL audio system with 9 speakers is available, plus Amazon Alexa support. SiriusXM is standard. Toyota Safety Sense is standard across all three trims, while LE and XLE get blind spot monitoring and rear cross-traffic alerts. Corolla Cross XLE trim gets front and rear parking assistance with automatic braking, too. All versions get nine airbags.

Pricing will be confirmed closer to the 2022 Toyota Corolla Cross’ arrival in dealerships later this year.