The all-new Mitsubishi Outlander will join this year’s Rebelle Rally with two veteran drivers and Sammy, a two-and-a-half-year-old, all-black, German Shepherd PTSD service dog. It turns out Sammy has a knack for off-roading across 1,500 miles of punishing terrain, and his master U.S. Air Force veteran Selena “Mason” Converse, is pretty much willing to oblige.

“Part of my PTSD treatment is the use of a service dog,” said Converse. Service dogs provide treatment of PTSD symptoms, much like a medication could, but other times better than medication can. As a team of female veterans, I believe it is so important to share our story and help others understand that PTSD does not have to control your whole life.” 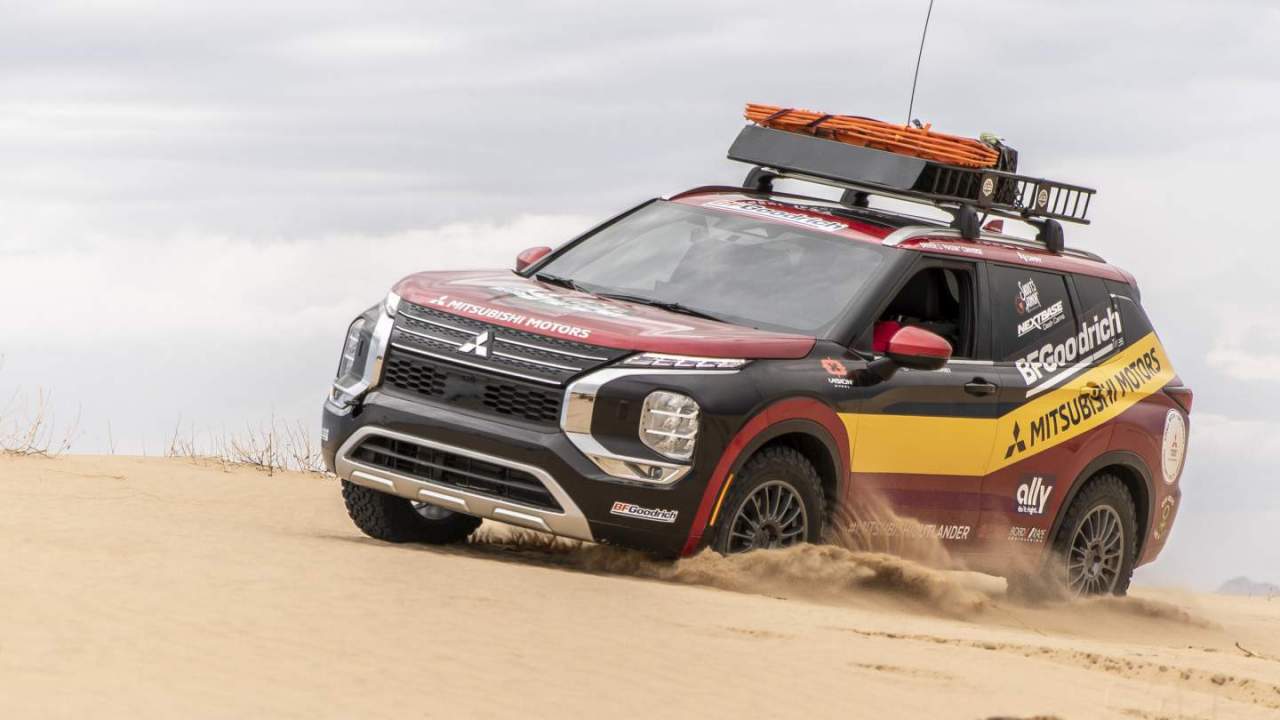 Joining Converse and Sammy is U.S. Navy veteran Erin Mason, sister-in-law of Converse and the owner of Mason Converse Media. The trio will partake in a grueling desert adventure across the wild deserts of Nevada, Arizona, and California in a specially prepared 2022 Mitsubishi Outlander crossover. In addition, Pet Wellness company Skout’s Honor is loading up the Outlander with a set of probiotic grooming and wellness products to keep Sammy comfy in the desert. 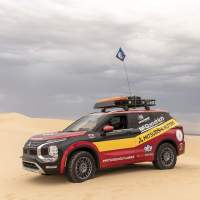 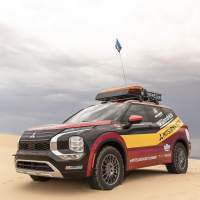 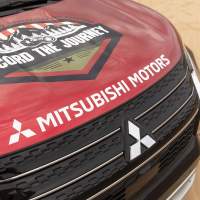 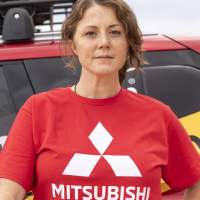 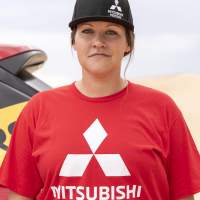 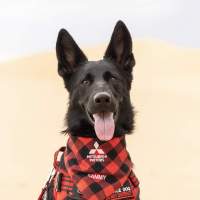 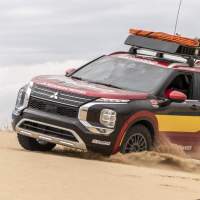 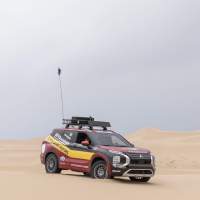 If you’re old enough to remember, the words “Mitsubishi” and “rallying” go hand in hand, so it’s exciting to see the Japanese carmaker getting back to its off-road and rallying roots. Mitsubishi made rallying history twenty years ago when Jutta Kleinschmidt won the Dakar rally in a Mitsubishi Pajero Evolution, becoming the only woman to win the world-famous Paris-Dakar rally. Honoring that momentous achievement is a red, black, and yellow livery for the Rebelle Rally version of the 2022 Outlander. 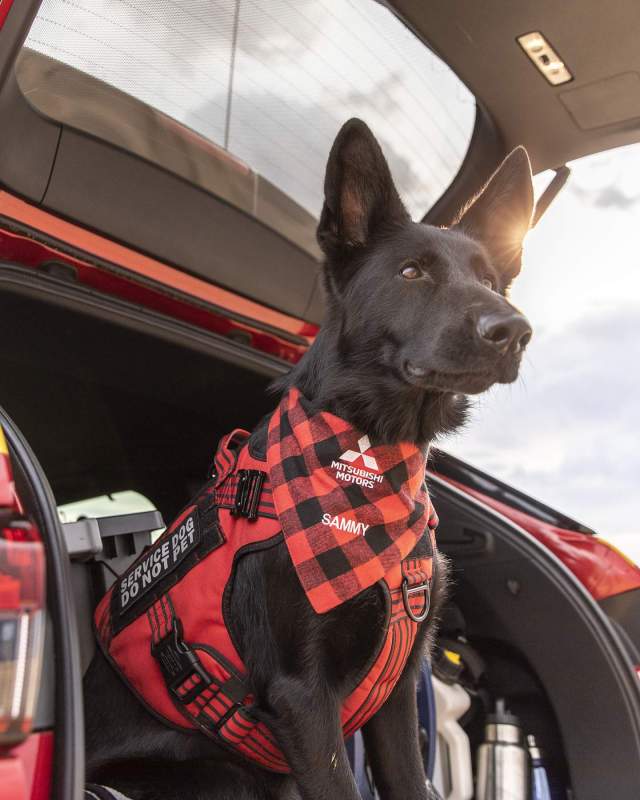 According to Mitsubishi, the Outlander is “lightly modified” than stock, although the details remain scarce. However, we know the 2022 Outlander is leagues ahead of its predecessor in the design, features, and build quality aspect.

Under the hood is a 2.5-liter naturally-aspirated four-cylinder engine pumping out 181 horsepower and 181 pound-feet of torque. Front-wheel drive is standard, but we reckon the Rebelle Rally Outlander will have Mitsubishi’s rally-proven Super All-Wheel Control all-wheel drivetrain. This year’s Rebelle Rally is running from October 7 to 16, 2021.