The 2022 Lexus IS 500 will play a starring role in the upcoming Eternals movie by Marvel Studios. Lexus is the official automotive partner of Eternals, and the Japanese automaker unveiled a new “Parking Spot” marketing video starring the IS 500 and Kumail Nanjiani as Kingo, a genetically engineered superhuman doing his best in finding a suitable parking spot.

We all know Kumail Nanjiani as Dinesh from the HBO comedy series Silicon Valley. However, Nanjiani is the perfect actor to play the role of Kingo, who happens to be a Bollywood star before the Deviants entered the fray. Kingo is doing his best to find a safe parking spot for his brand-spanking-new Lexus IS 500 in the promotional video directed by Anthony and Joe Russo, the brothers behind Avengers: Endgame.

But as it turns out, even superhumans have trouble finding parking spaces in the city. What’s more, Kingo is doing it amid an intergalactic superhero war, trying to dodge space debris, projectiles, and crumbling infrastructure in the process. “We’re incredibly excited to team up with Marvel Studios’ ‘Eternals’ to showcase our very own superhero, the first-ever V8 IS 500, which ushers in a new Lexus F SPORT Performance Line,” added Vinay Shahani, Lexus vice president of marketing. 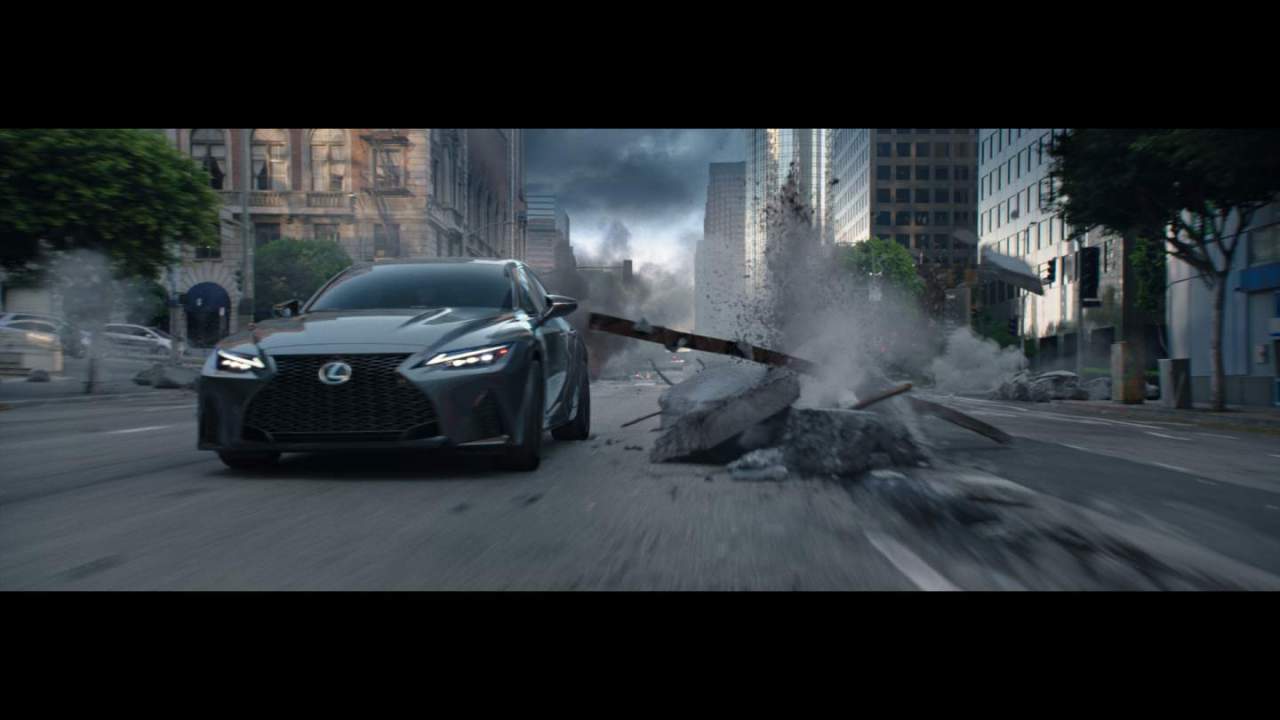 The 2022 Lexus IS 500 F Sport Performance has a 5.0-liter naturally aspirated V8 engine pumping out 472 horsepower and 395 pound-feet of torque. It goes from zero to 60 mph in 4.5-seconds, presumably enough to outrun falling space debris. You can hear the V8 rumble in the “Parking Spot” video, having the aural sensation (and pull) of a muscle car. 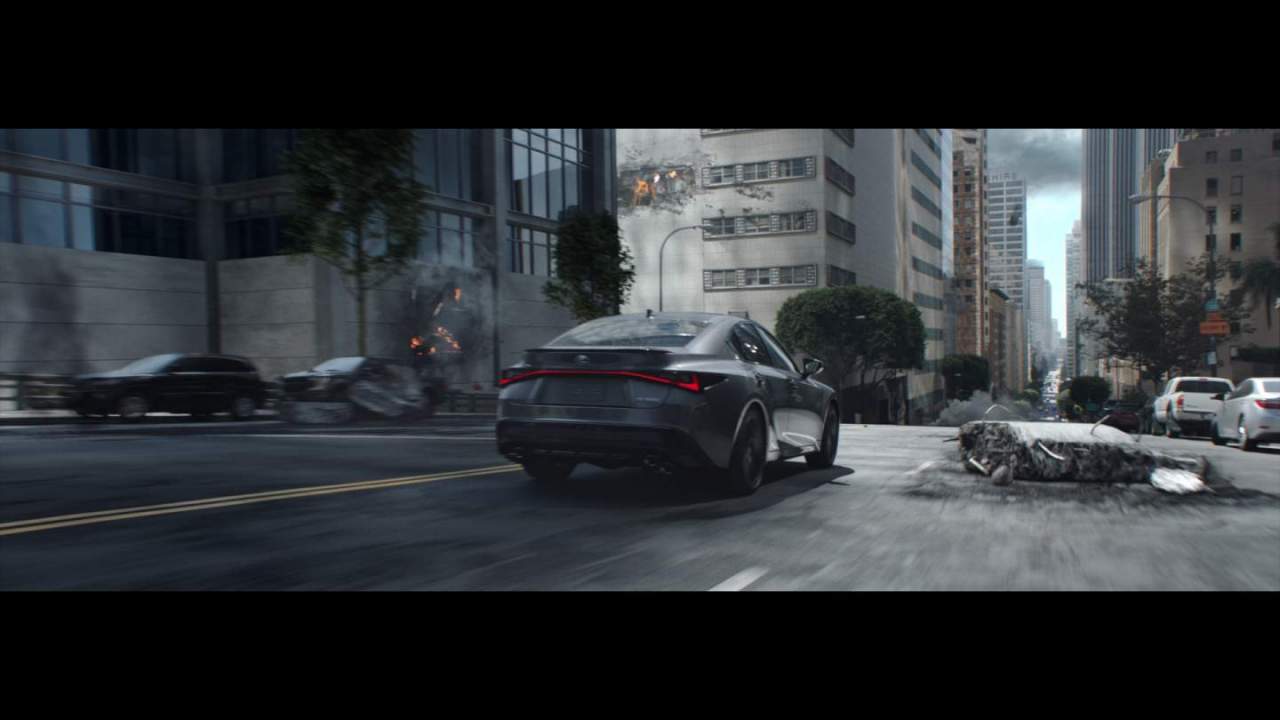 Equipped with the dynamic handling package, a Torsen limited-slip rear differential, and adaptive variable suspension, Lexus claims sharper handling, accurate steering, and a sportier driving experience. Also standard are 19-inch wheels, bigger brakes, and a burlier good design. And despite having a larger V8 motor, the IS 500 is only 143 pounds heavier than an IS 350 F Sport with a V6 engine. Kingo will surely approve. 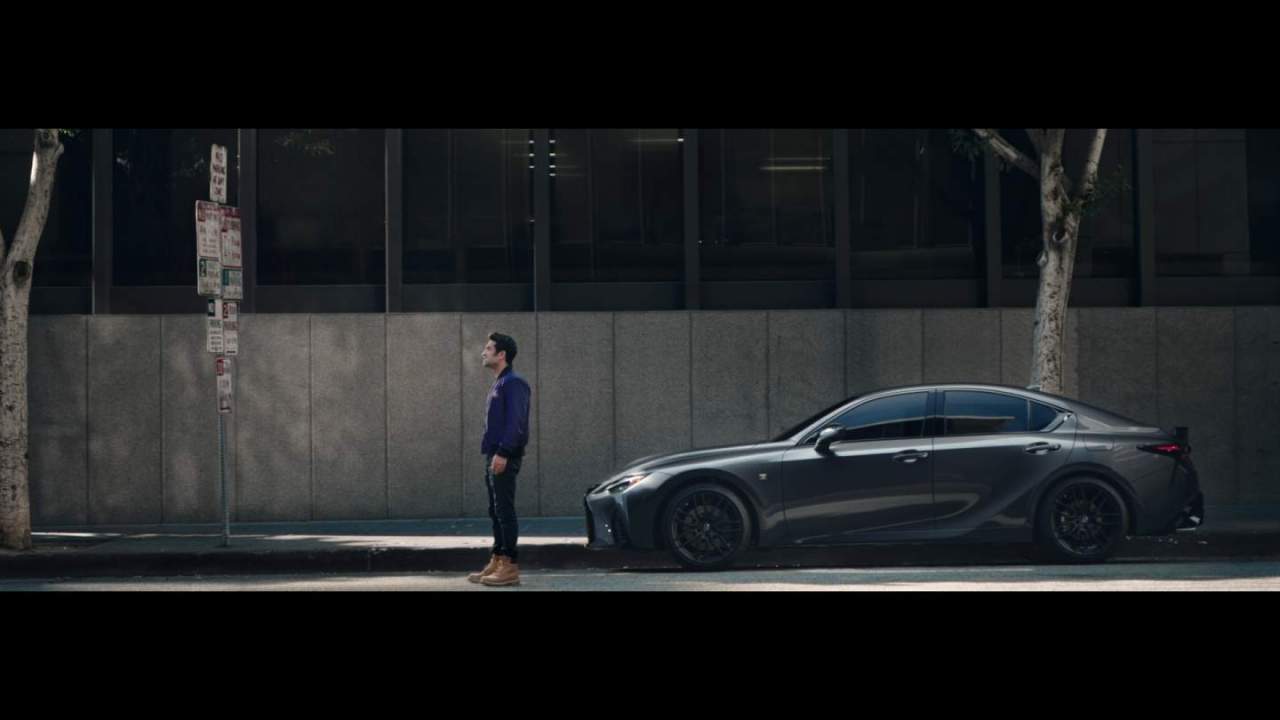