Volkswagen has revealed the new 2021 VW Golf GTI, the latest generation of the iconic hot hatch, and it’s bringing an electrified friend along for the ride. Set to make its full debut at the Geneva Motor Show 2020, the new Golf GTI and the 2021 Golf GTE hybrid promise lashings of tech to go along with their enthusiast-focused tuning.

They’re based on the eighth generation Golf, which Volkswagen revealed back in October 2019. Back then, the automaker showed off the new infotainment system it had cooked up for the car, including a 10-inch central touchscreen and a digital instrumentation cockpit. At the time, though, what we really wanted to see was the sportiest versions.

The most important factor is the drivetrain, of course. For the 2021 Golf GTI, VW opted for its 2.0-liter turbocharged inline-four, with 241 horsepower and 273 lb-ft of torque. It’ll be paired as standard – in Europe, at least – with a 6-speed manual transmission. A 7-speed dual-clutch DSG gearbox will be offered as an option. 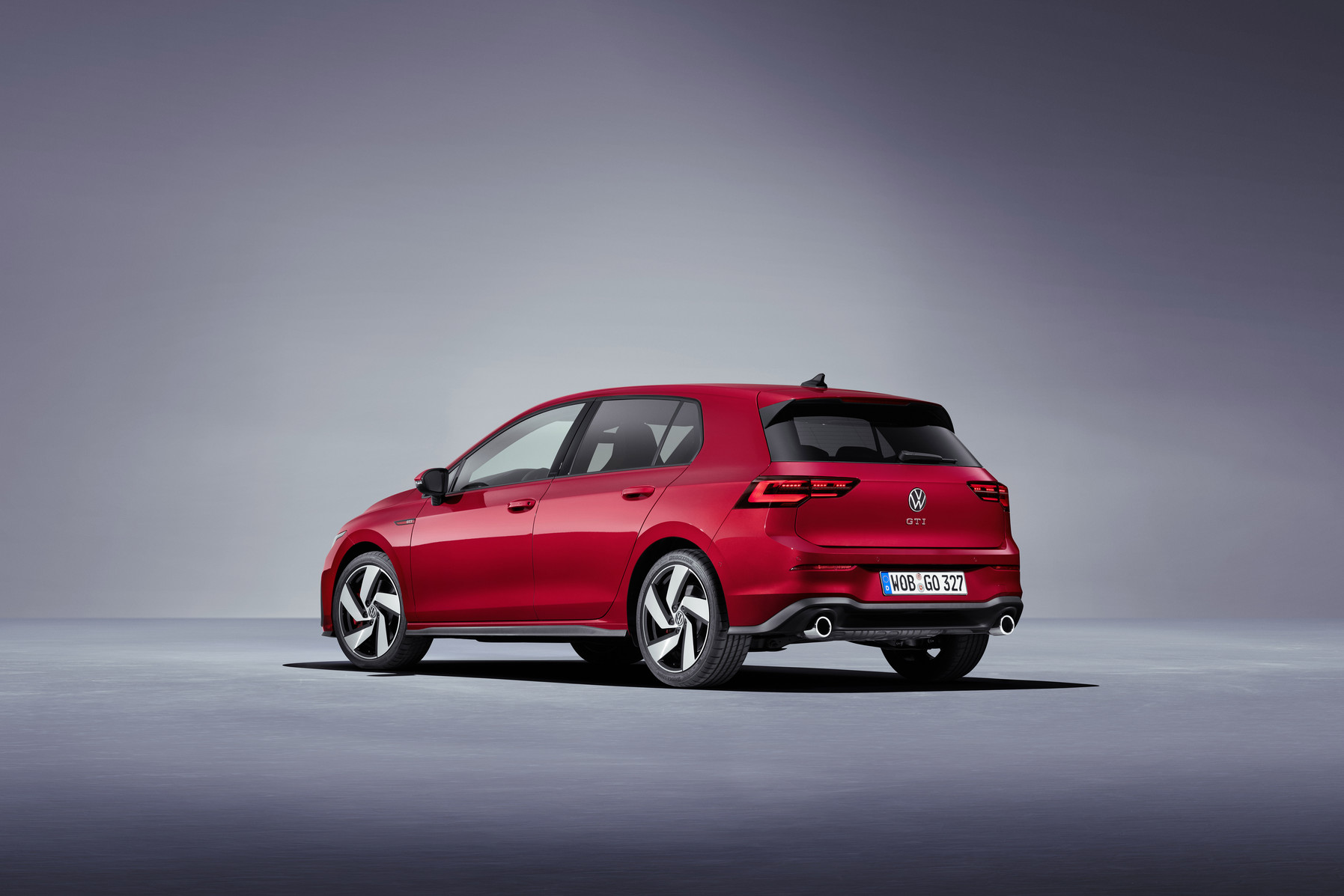 VW has used a McPherson front axle and multi-link rear suspension system, combined with its new Vehicle Dynamics Manager. That brings together the XDS and the regulated dampers of the optional DCC system. The automaker claims it adds up to a broader spread between the most sporting settings and the most comfort-focused.

The DCC adaptive chassis control is adjusted by the drive mode system, with each wheel’s shock absorber individually adjusted according to the road conditions. In Comfort mode, for example, VW says the Golf GTI will be as “decoupled” from the road surface as much as possible; in Sport, it’ll minimize body movements and the most direct handling. An Individual mode will allow precise adjustment, beyond even the limits of the preconfigured modes. 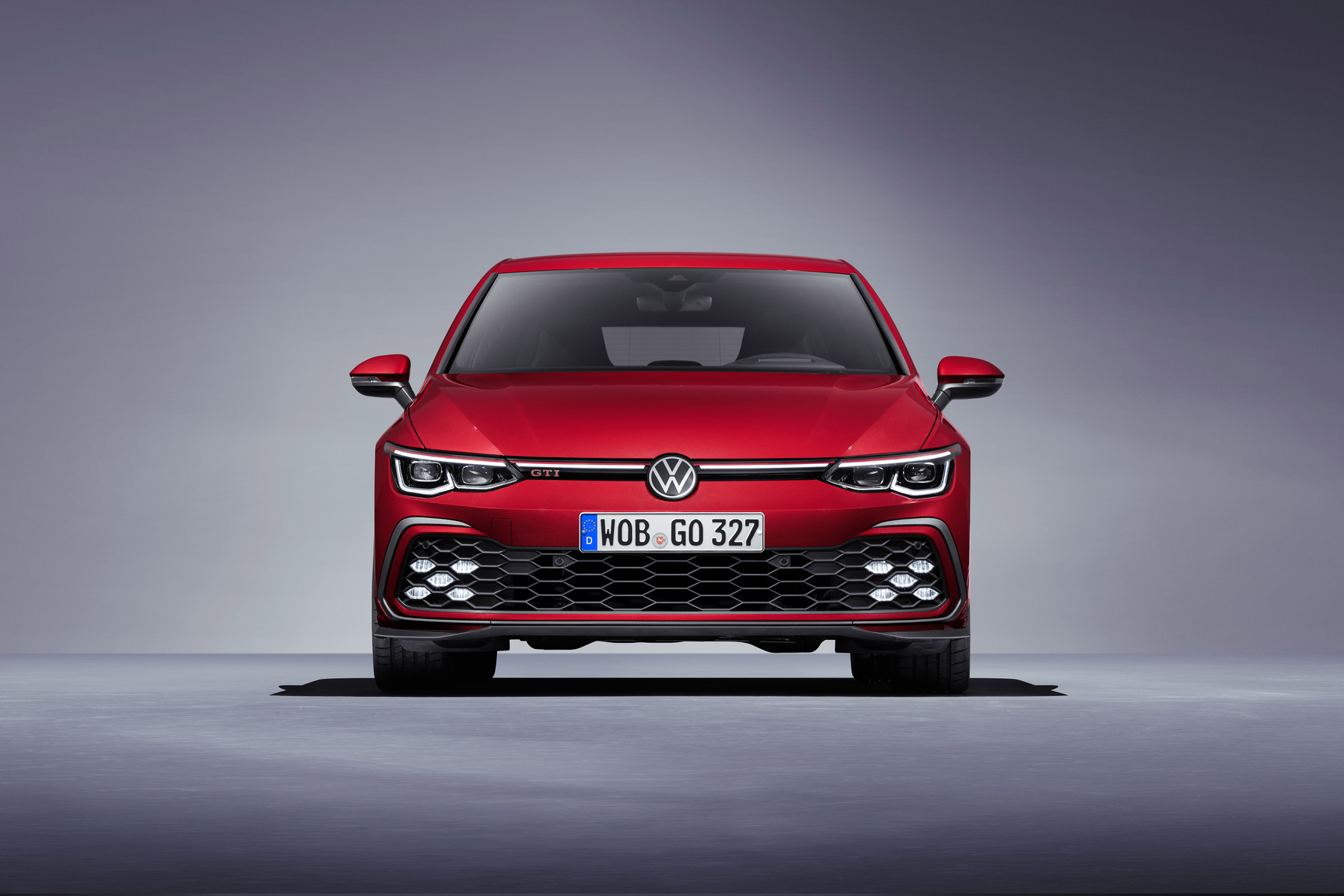 Outside, LED headlamps are standard, with the GTI having a red accent line across the fascia. An LED strip in the headlamps matches that as a daytime running light, and the radiator grille is illuminated too. Underneath is a larger honeycomb air intake, with integrated fog lamps. 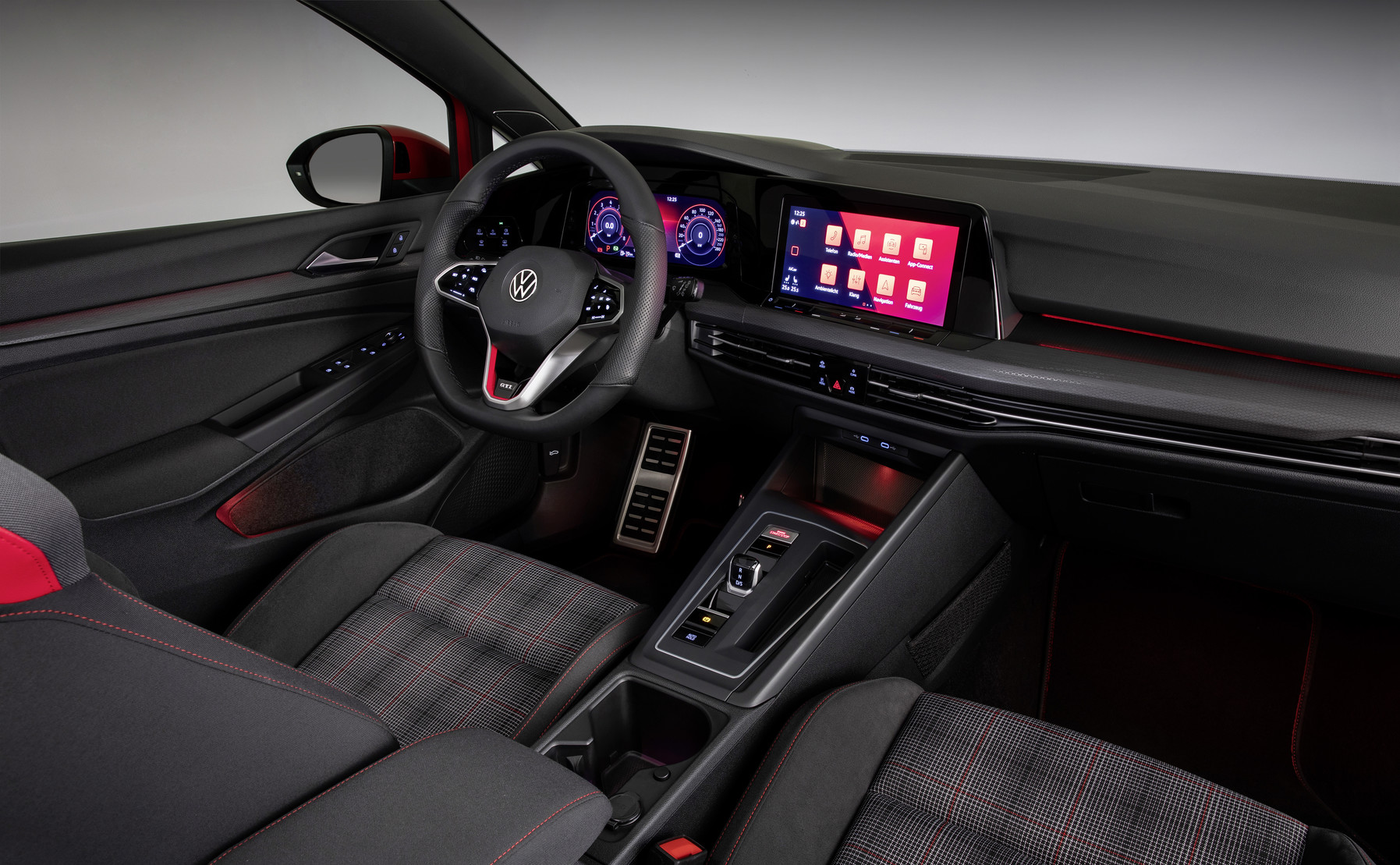 Inside, meanwhile, there’s a sports steering wheel with three silver double-spokes, a black golf ball shifter knob, and sports seats in classic tartan with black side bolsters. The wheel gets new touch controls and – optionally – a Travel Assist button that allows the Golf GTI to hit 130 mph.

As for the infotainment, there’s a 10.25-inch Digital Cockpit and a 10-inch infotainment screen. Background lighting is standard with 30 different colors, and there’s a stop-start button that pulses red when the doors are opened. 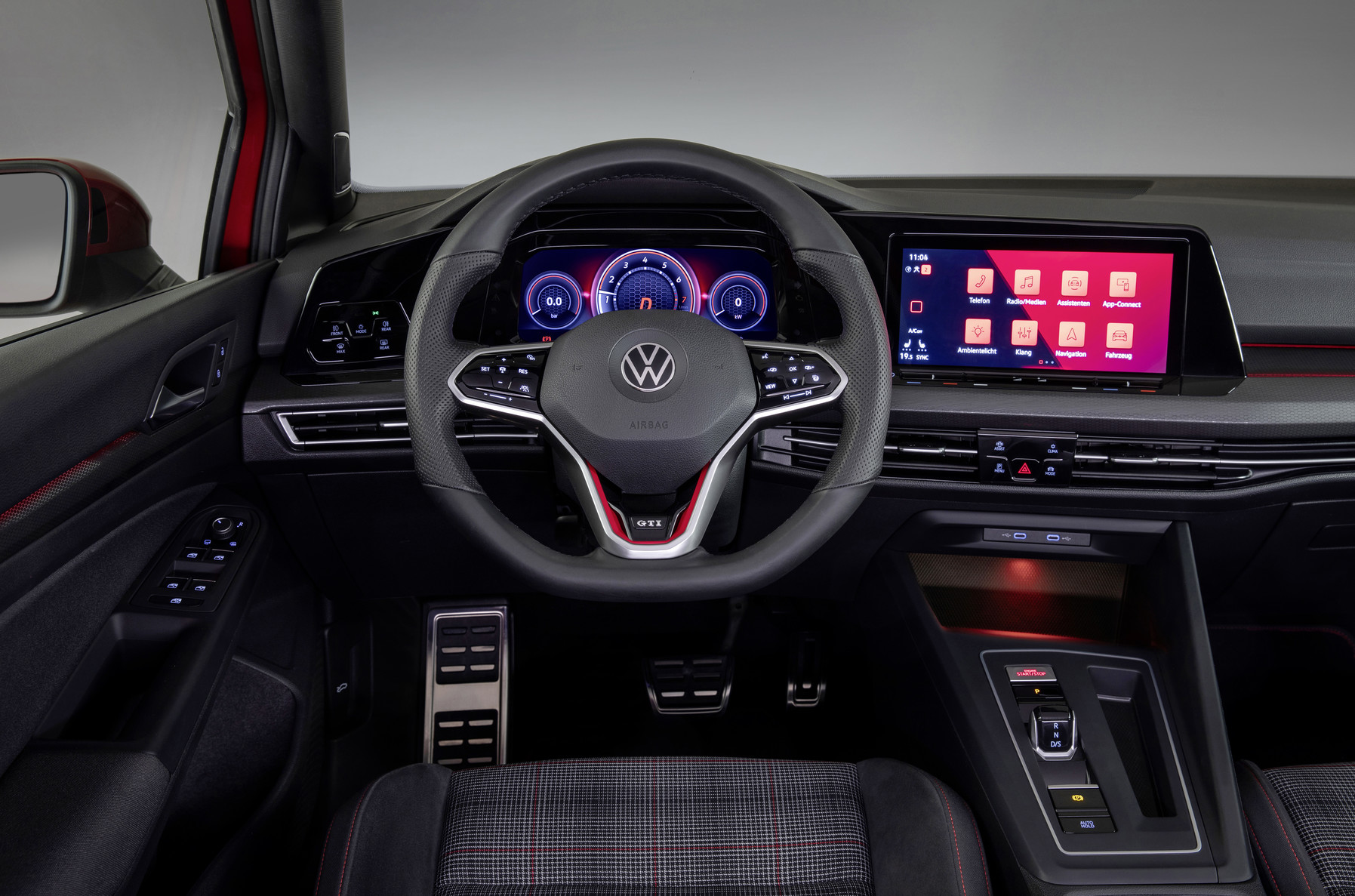 The 2021 Golf GTI won’t be alone in Volkswagen’s performance range. It’ll be joined by the 2021 Golf GTE, a plug-in hybrid version of the car. It has the same 241 horsepower as its gas-only sibling, but achieved via the pairing of a 1.4-liter turbocharged gas engine and an electric motor. 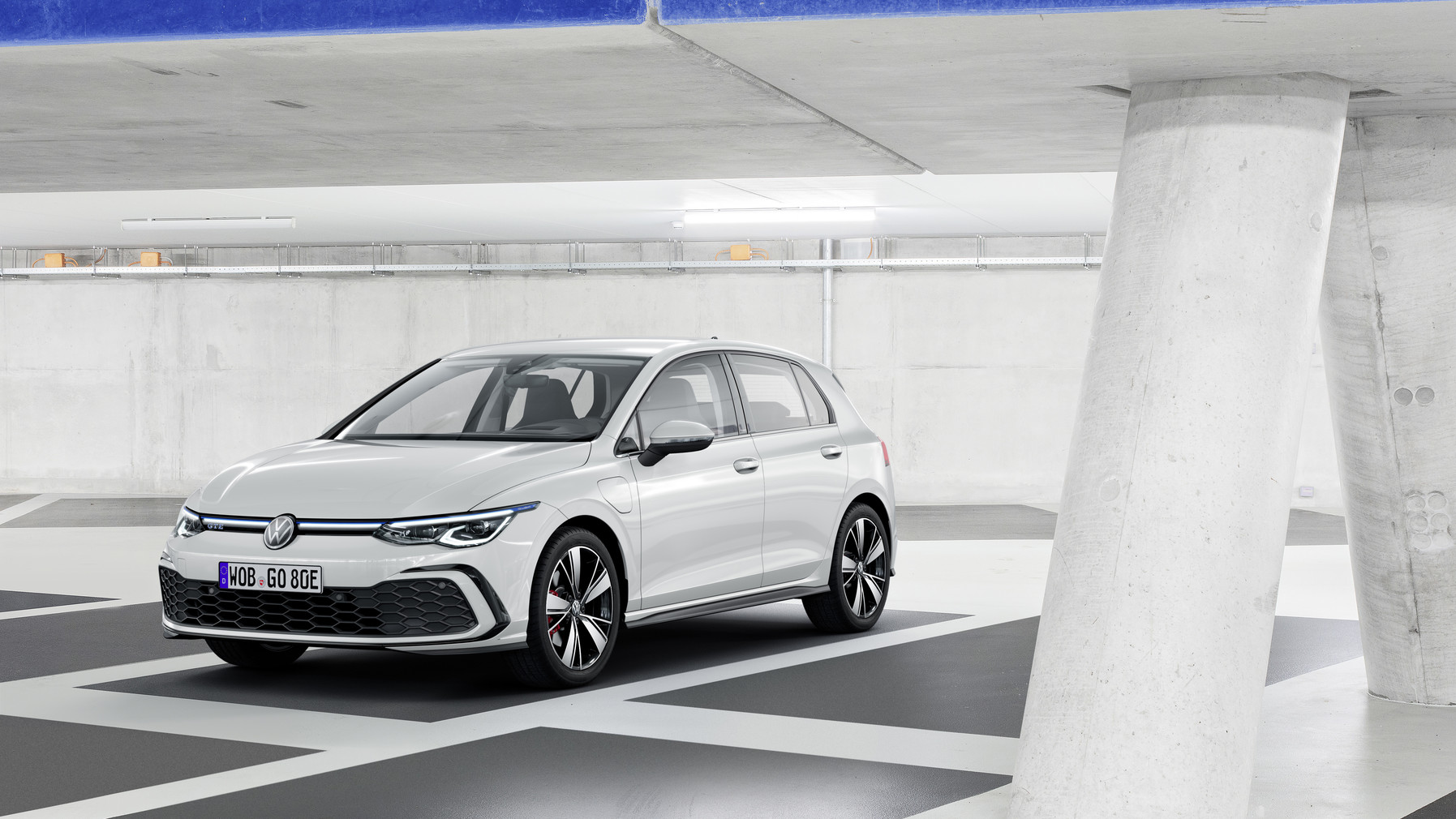 VW throws in a new li-ion battery and a 6-speed DSG transmission as standard. Maximum torque is actually better than the GTI, at 295 lb-ft. The GTE will also do around 37 miles of all-electric driving, and can be driven at up to 80 mph in electric mode. Indeed, the car actually starts in all-electric E-MODE by default, assuming the battery is charged up. 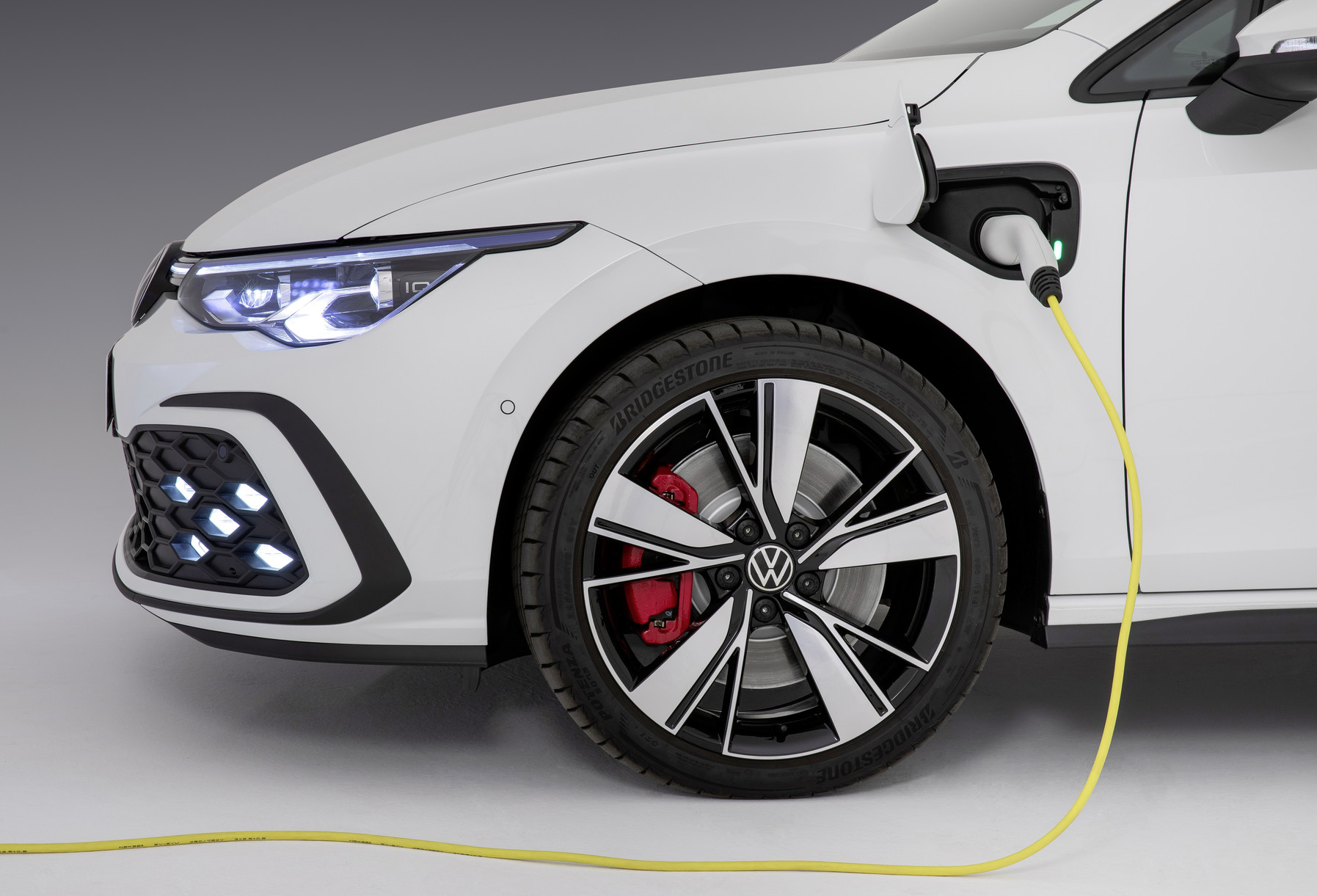 In Hybrid mode, meanwhile, there’s the option to either use the power of the battery, hold it at the current level, or increase it using the gas engine. VW’s navigation system takes into account road and topographical data to figure out the best route, and even proactively adjusts the charge settings to get the best possible electric range. 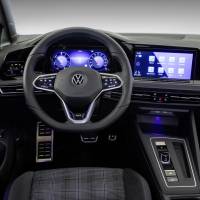 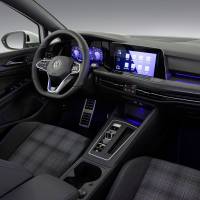 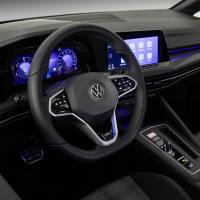 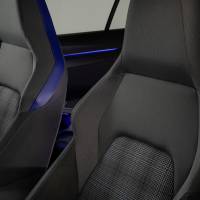 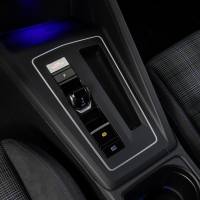 What VW hasn’t said yet is just when the new cars will reach the US. Indeed, it hasn’t even confirmed that the Golf GTE hybrid will make it to American shores; there’s also a Golf GTD turbodiesel, which almost certainly won’t be getting a US debut. Volkswagen of America may very well tweak the power figures, too, so don’t expect the exact cars you see here. 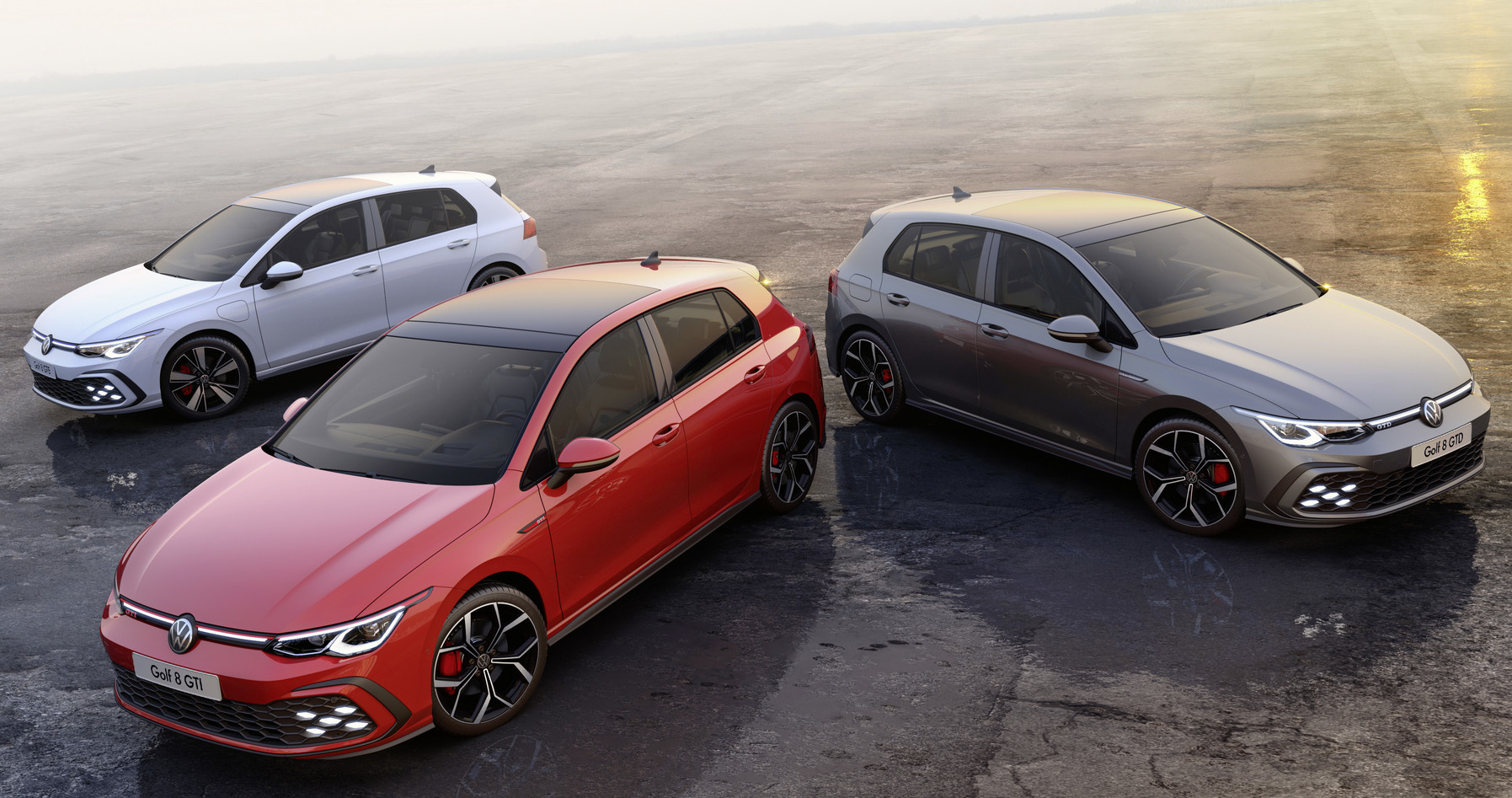 As for pricing, that too has been kept under wraps. In Europe, the Golf GTI has always been focused on relatively affordable performance. In the US, though, VW’s decision not to offer most of the Golf range has made the GTI variant something of an outlier. Still, we’re not expecting a vast change from the current GTI’s roughly $29k starting price.