We were expecting good things from the 2021 Toyota RAV4 Prime plug-in hybrid, but new official economy figures released confirmed by the EPA suggest there’s another surprise in store. Announced back in November 2019, the new RAV4 PHEV was billed not only as Toyota’s most fuel-efficient version of its compact crossover SUV, but its most powerful too.

That comes via standard all-wheel drive, and a clever gas-electric drivetrain. At the front there’s a 2.5-liter four-cylinder Atkinson-cycle gas engine, which is good for 176 horsepower. An electric booster converter contributes more power, with an electric motor for the rear wheels.

The electric side is powered by a new lithium-ion battery, which Toyota mounts under the floor. A heat pump HVAC system – borrowing tech from the Prius Prime – helps to avoid tapping that battery for cabin air-conditioning duties. That way, the RAV4 Prime PHEV can focus on range. 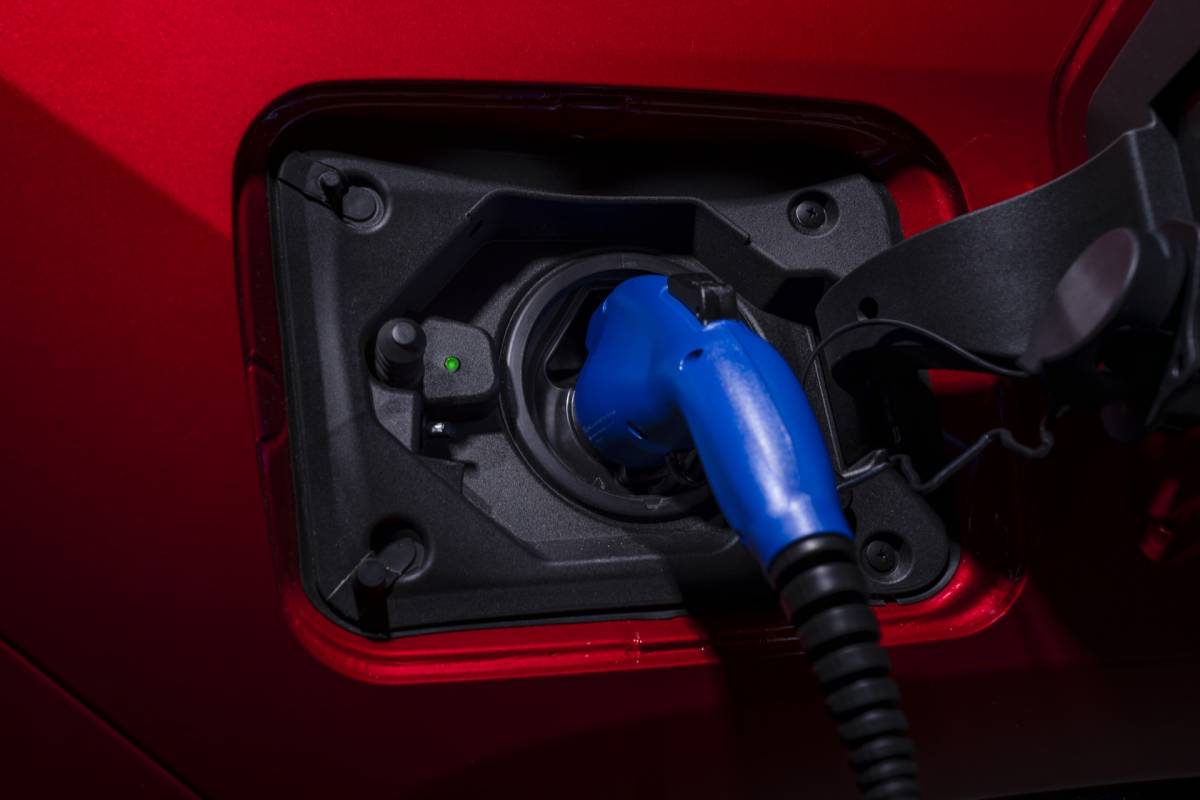 It seems to have worked out, too. Back when the crossover was announced, Toyota was expecting 39 miles of all-electric range. Not enough to shame a fully-electric SUV, true, but given the typical driving behaviors of the average American family, enough for the chores of most days to be dealt with on battery power alone.

Now that the upcoming crossover has passed through the EPA’s official rating process, though, that range number has actually increased. The 2021 RAV4 Prime plug-in hybrid is good for 42 miles of electric-only driving, that says, while total range with gas and electric power combined is 600 miles. 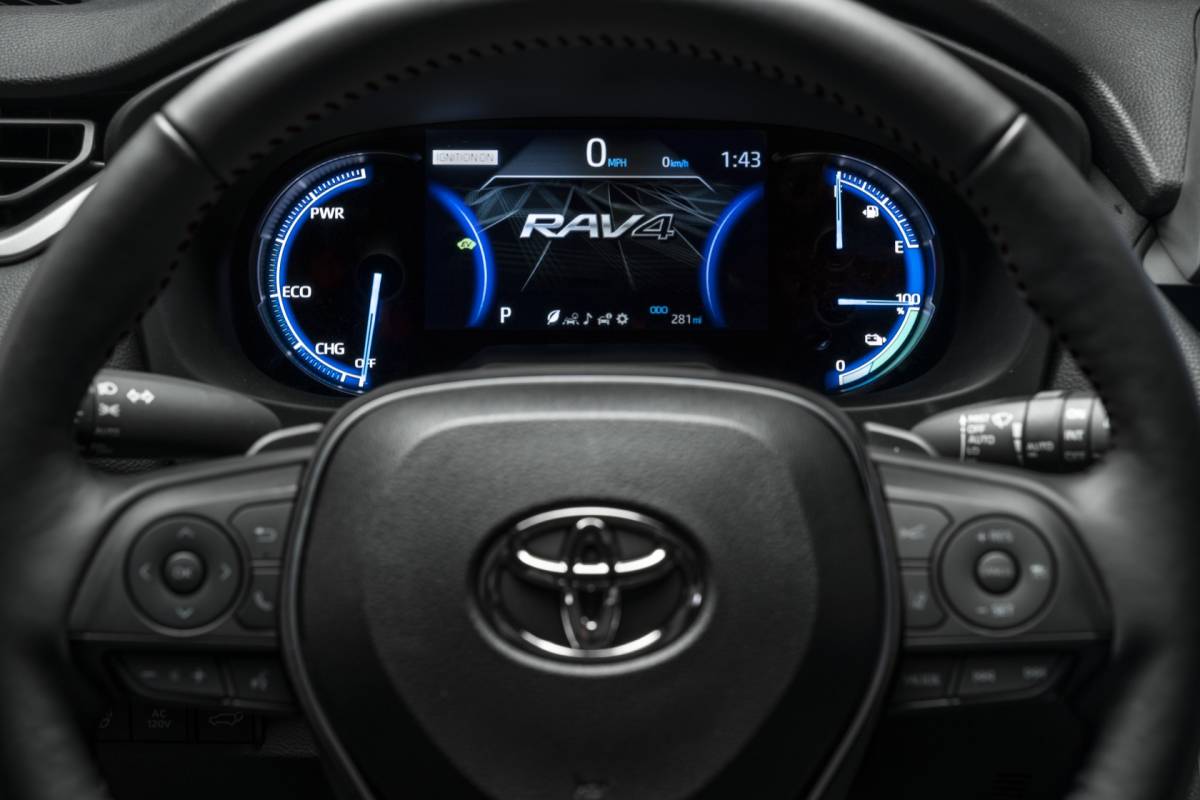 It’s an impressive figure, and leaves the new RAV4 looking all the more competitive. The EPA gives the small SUV a 94 MPGe figure for its combined city/highway rating, and 38 MPG for gas alone.

While you might think this would be a competitive segment, in reality would-be PHEV SUV drivers don’t actually have much choice right now. Ford’s Escape plug-in hybrid is pretty much your main alternative – that is, unless you’re willing to look into small luxury SUVs with a significant jump in price tag – though it’s only available in front-wheel drive, not AWD. 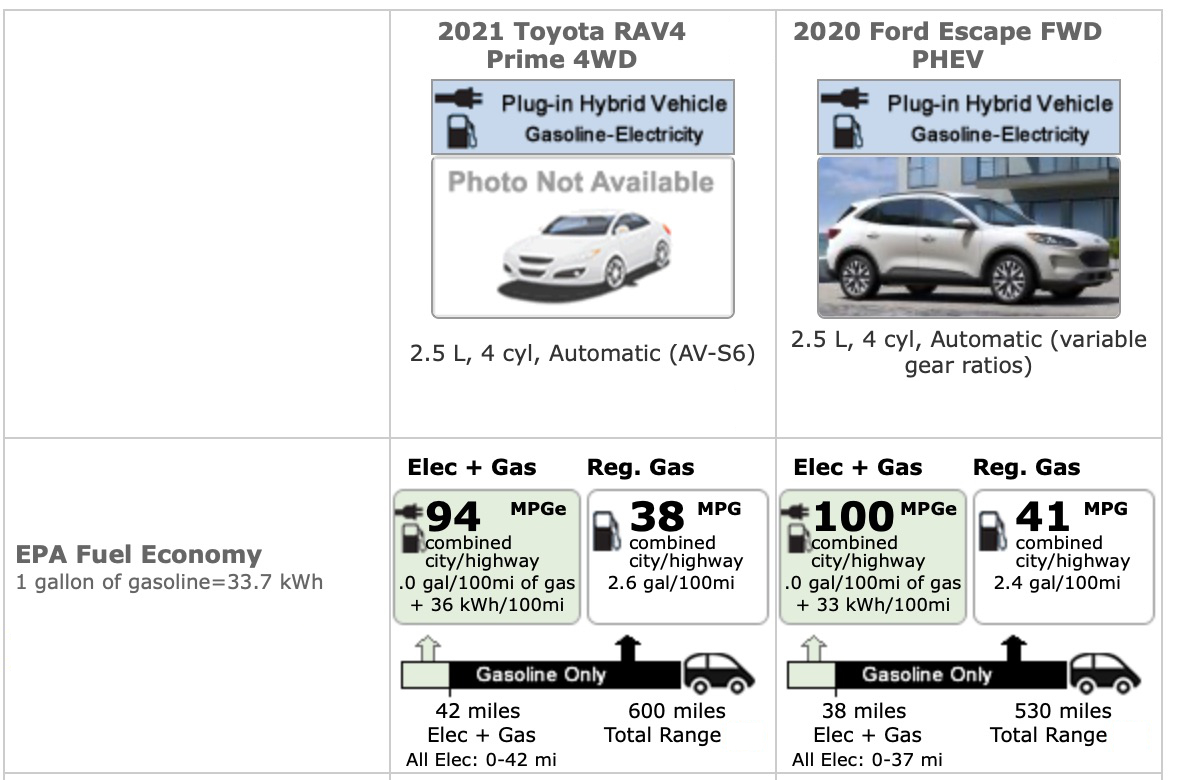 That helps it with the EPA rating of 100 MPGe, and the 31 MPG combined rating for use on gas-driving alone, both of which are higher than the Toyota manages. However the RAV4 Prime PHEV gets further on electric: the Ford is rated for 38 miles, and total range is significantly shorter, at 530 miles.