Ford has whipped the covers off a new PHEV, with the 2020 Escape Plug-In Hybrid promising to best its RAV4 PHEV nemesis on economy – and on price. Headed to dealerships with a 100 MPGe fuel economy rating, the newest Escape variant packages the automaker’s gas-electric drivetrain in an SUV body.

That means it can accommodate a bigger battery than the Fusion Energy plug-in hybrid, and thus deliver more all-electric range. While 37 miles of EV-only driving isn’t exactly going to put pure-electric cars to shame, it’s nonetheless 11 miles more than the old Fusion Energy PHEV could manage. 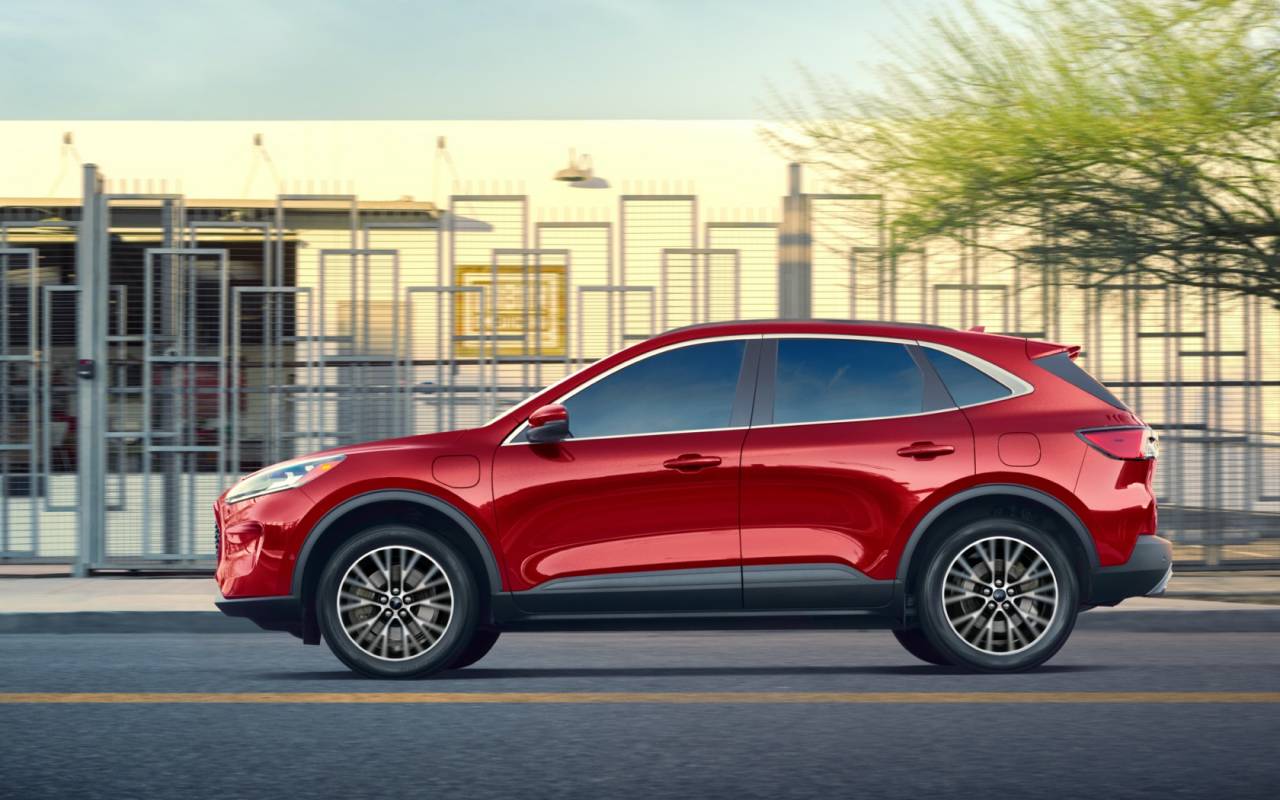 Really, though, Ford’s big rivalry is with what’s across the road at the Toyota dealership. Compared to the RAV4 plug-in hybrid, the Escape PHEV is good for 6 MPGe more, Ford points out. It’s also roughly $5,000 cheaper.

Your money gets you a 2.5-liter Atkinson cycle gas engine and an electronic continuously variable transmission (CVT). That’s combined with an electric motor and a 14.4 kilowatt-hour lithium ion battery. Notably, there’s not just one plug-in hybrid version of the 2020 Escape. Instead, Ford will be offering the powertrain on every trim of the compact SUV, bar the S and SE Sport. 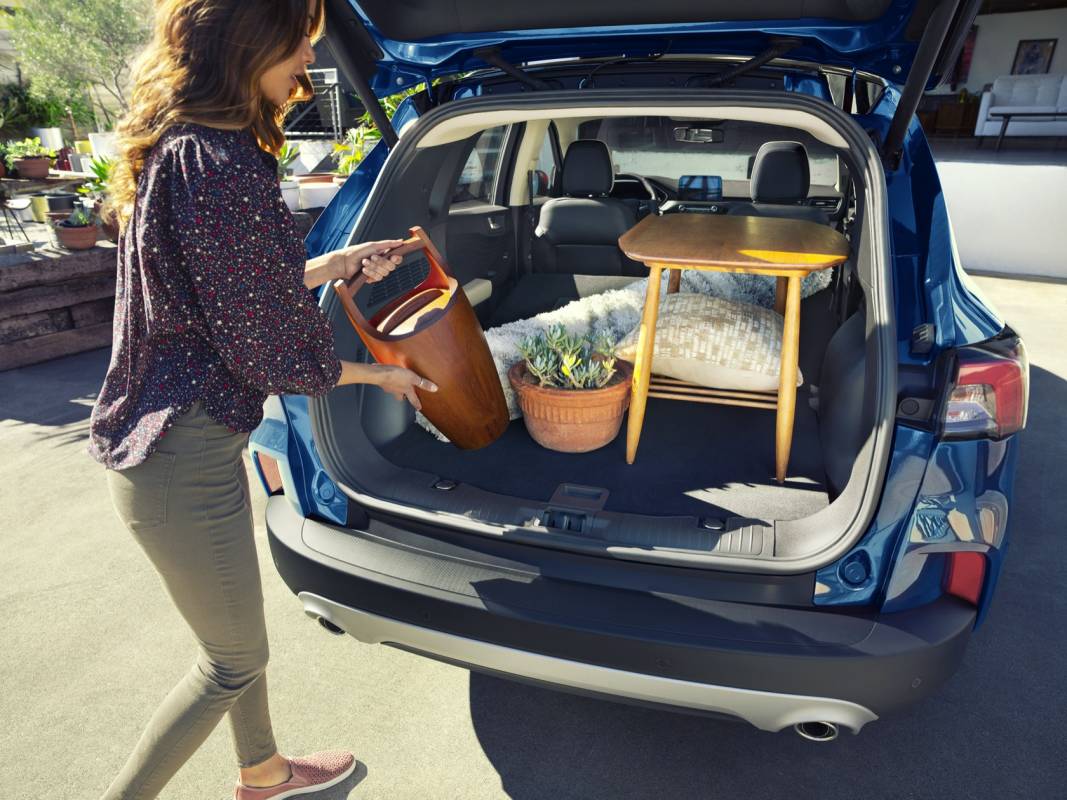 There’ll be four driving modes to choose between. Auto EV mode leaves the decision between gas or electric up to the Escape PHEV, which will switch between the two depending on the current conditions. EV Now mode, meanwhile, forces the PHEV into all-electric driving. 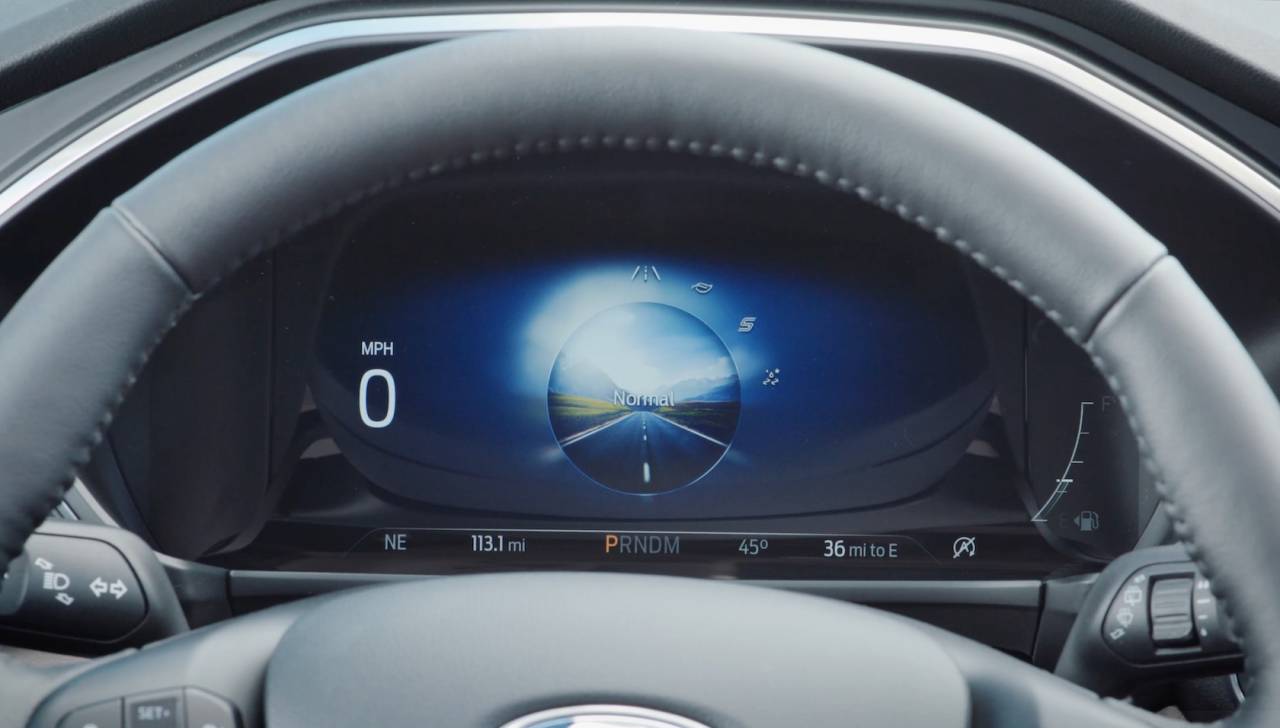 EV Later mode is basically the opposite of that, saving the battery’s charge for use later on, and powering the Escape solely on gas power. A new EV Charge mode rounds out the quartet, which uses the gas engine as a generator to top up the battery for later us.

That’s assuming you’re not plugging in, of course. There’s a Level 2 compatible charging port on the car, which – if supplied with a 240V outlet – will see the 2020 Escape Plug-In Hybrid charge up fully in around 3.3 hours. With a 110V Level 1 charger, meanwhile, you’re looking at 10-11 hours, Ford says. 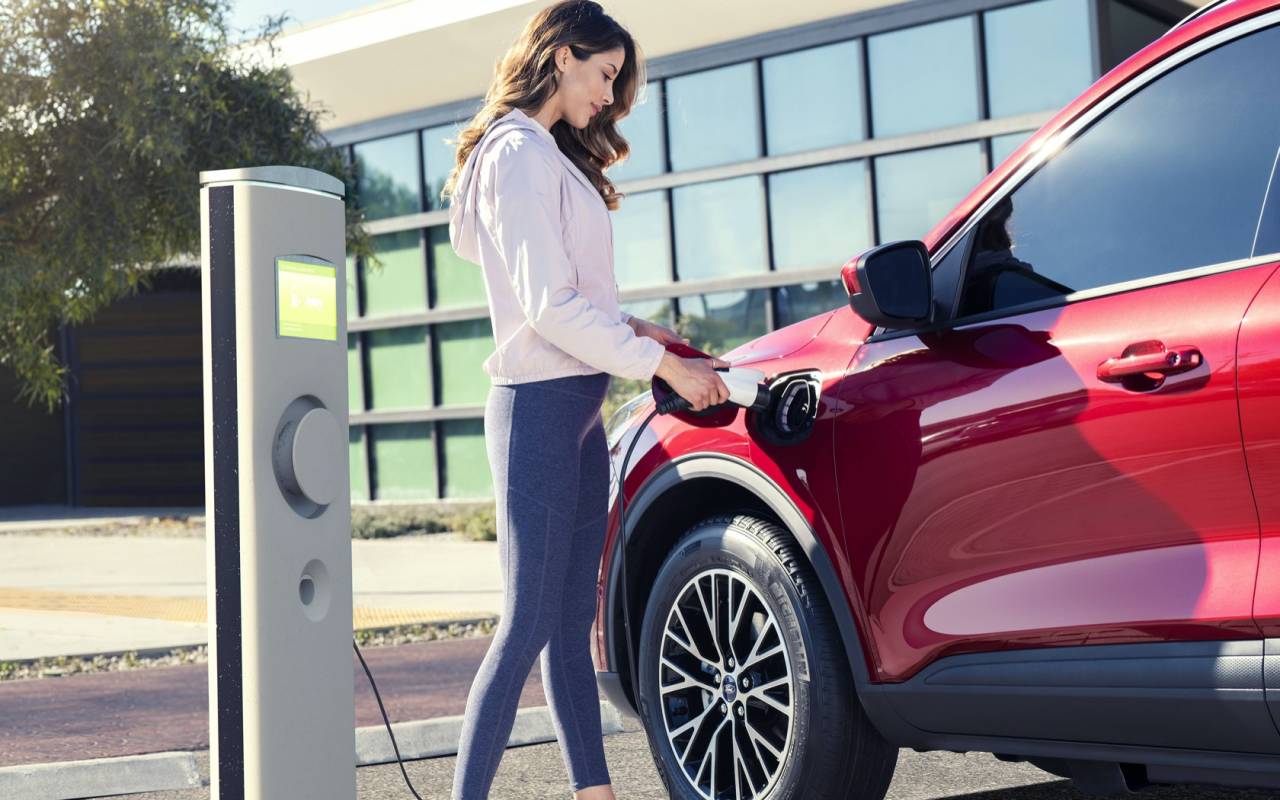 The battery itself is hidden under the rear bench, which leaves the cargo area free for, well, cargo. Like its brethren, the 2020 Escape Plug-In Hybrid comes with Ford Co-Pilot360 as standard, while options include adaptive cruise control with lane-centering, evasive steering assistance, and Active Park Assist 2.0. You can also have navigation.

The 2020 Escape PHEV will be priced from $35,000. That’s before any federal or stage incentives for electrified vehicles.