Mercedes-Benz has teased what’s possibly the most important car interior it has developed in years, with the new S-Class’ tech promising a big upgrade over what you’ll find in dealerships today. The new luxury sedan will feature a big new touchscreen display to dominate the dashboard, while the driver will get an augmented reality head-up display.

Long the flagship of Mercedes’ line-up, the S-Class is out of reach of most drivers. Nonetheless, the technologies it introduces are an important preview of what traditionally trickles down to more attainable models in the range.

Previous generations have introduced driver’s and passengers’s airbags, electronic stability control, and new cabin tech. While it hasn’t always been immediately available on cheaper Mercedes, those features and more have generally begun to show up more broadly across the automaker’s cars and SUVs. That’s why this latest-generation MBUX infotainment system is so important. 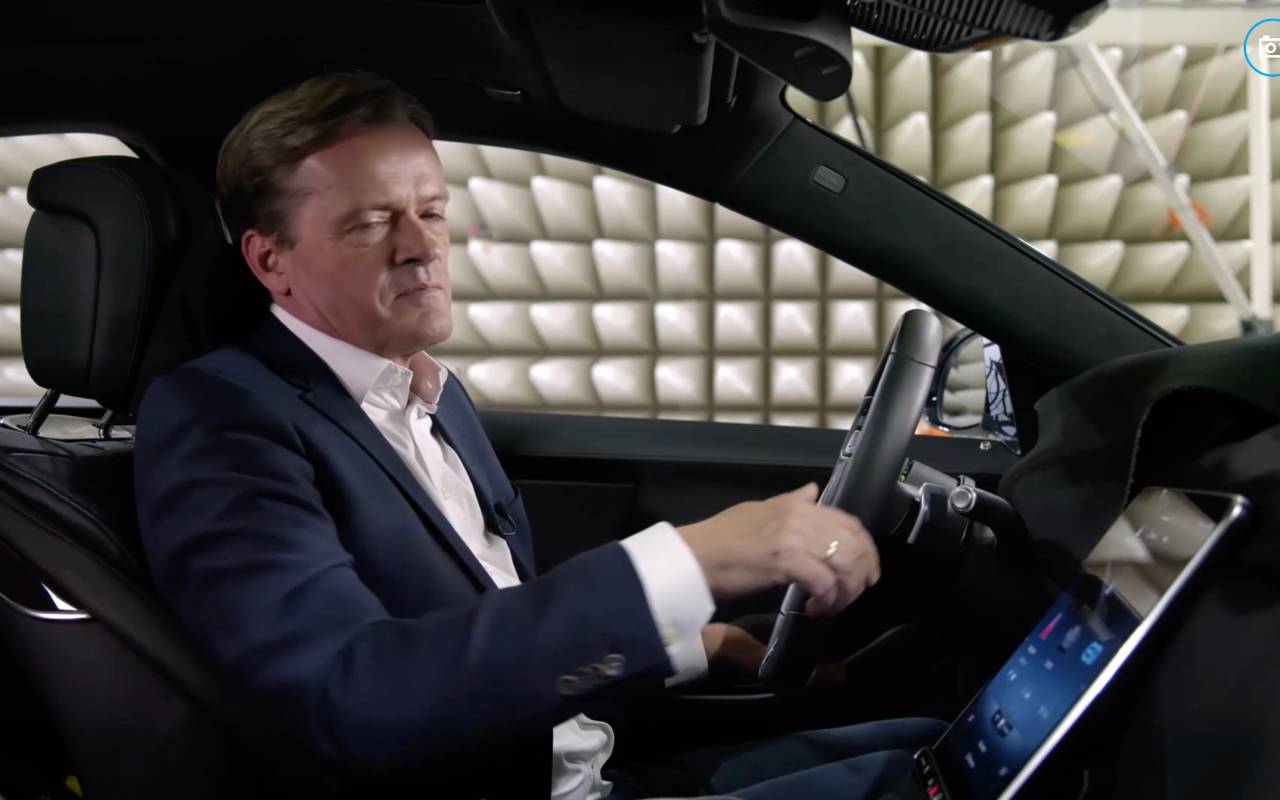 The new 2021 S-Class won’t be shown off in full until September, so we’ve some way to go before the sedan is revealed in its entirety. What we do know, however, is that there’ll be a plug-in hybrid version, as there is in the current range. Mercedes’ new hybrid drivetrain, however, will significantly extend the electric-only range: the automaker is suggesting 100 km (62 miles) will be possible, compared to the 30 km (19 miles) of the existing car.

You’ll be able to ask the upgraded MBUX voice assistant for what the remaining range is, one of a number of new features. The dashboard of the new S-Class will have a sizable portrait-orientation touchscreen making up most of the center console. From there, the driver and front passenger will be able to control HVAC settings, multimedia, navigation, and features like the massage seats and other luxury add-ons. 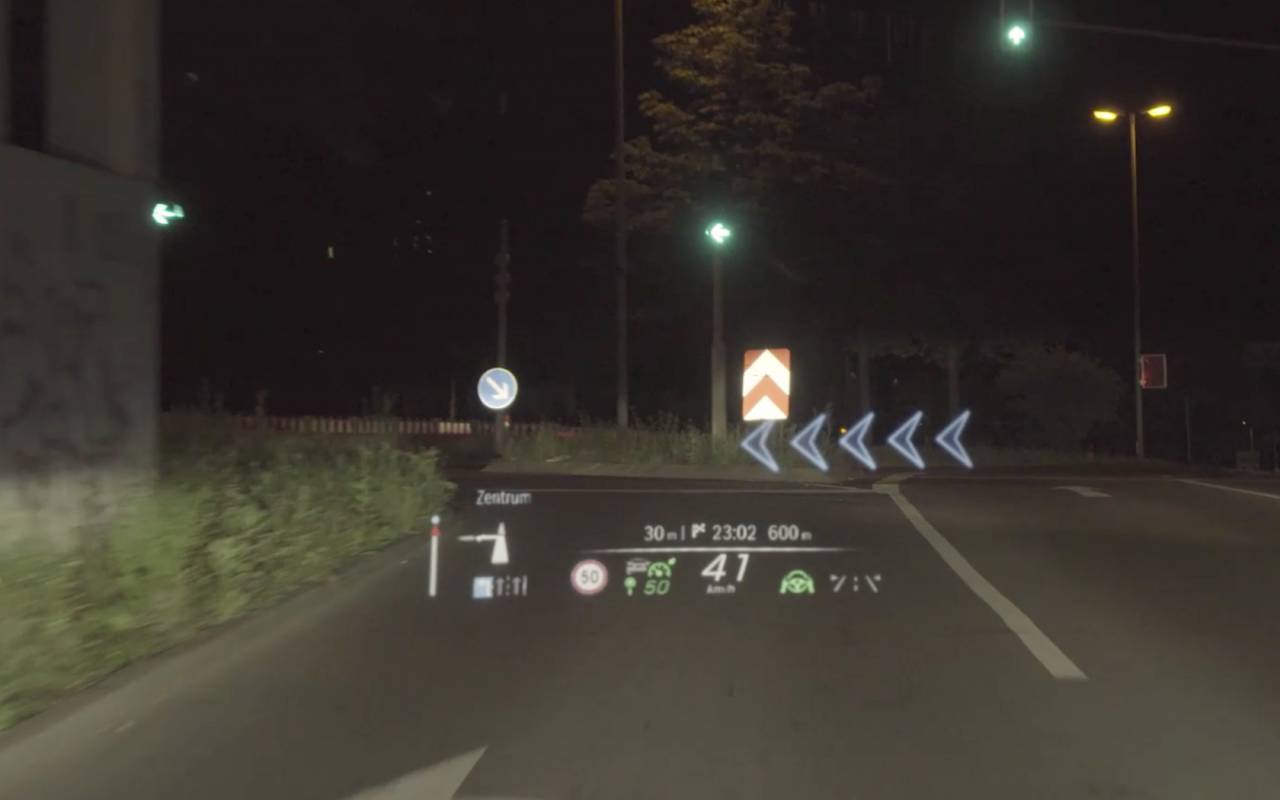 That may only be the second-most intriguing display in the car, however. Mercedes is also teasing a new augmented reality head-up display (HUD), which will be able to overlay navigation instructions directly over the driver’s view of the road ahead.

The current iteration of MBUX does have AR navigation as an option, and you can add a HUD, but the two systems aren’t in fact integrated. Instead, as it operates today, the AR directions are overlaid onto a view ahead of the car on the center infotainment display, as seen from a front-facing camera. It’s clever, but it does require glancing away from your direct view of the roadway. 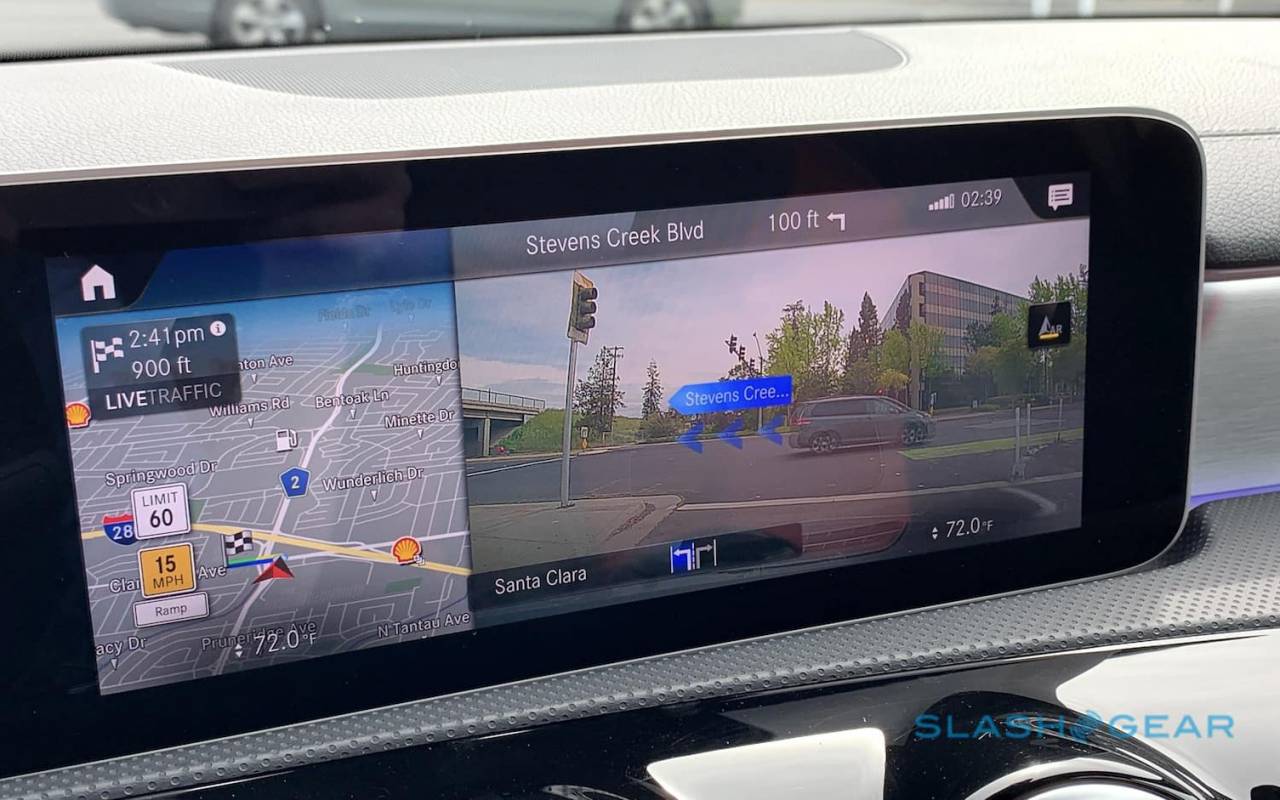 This new AR HUD has no such problems. Since you look “through” the screen, which is projected on the windshield, Mercedes can overlay animated arrows that track upcoming turns and junctions. The arrows gradually blink out as the maneuver approaches, moving around the HUD as the car itself reorients.

We’re not expecting the full windshield to be turned into a HUD; that’s still the realm of concept cars, at least for now. Still, Mercedes is likely putting a significantly larger HUD into the new car, so as to maximize the real-estate drivers will have to work with. We’ll know more later this week, when the automaker pulls back the curtain on the new version of MBUX.