Mercedes-AMG is in the mood to break speed records. Most recently, the 2021 Mercedes-AMG GT Black became the fastest production car to lap the Nürburgring Nordschleife, recording a time of 6:43.616 to complete the 12.8-mile track. Additionally, it completed the longer 12.944-mile racetrack at 6:48.047.

As you saw in the video, the track conditions were ‘less than ideal’ for breaking speed records. A large portion of the track was damp, while certain sections were littered with small water puddles. Additionally, the ambient temperature was a cool 44.6 degrees while the track temperature was 50 degrees, so we bet the car could have gone faster under warmer (and drier) conditions. 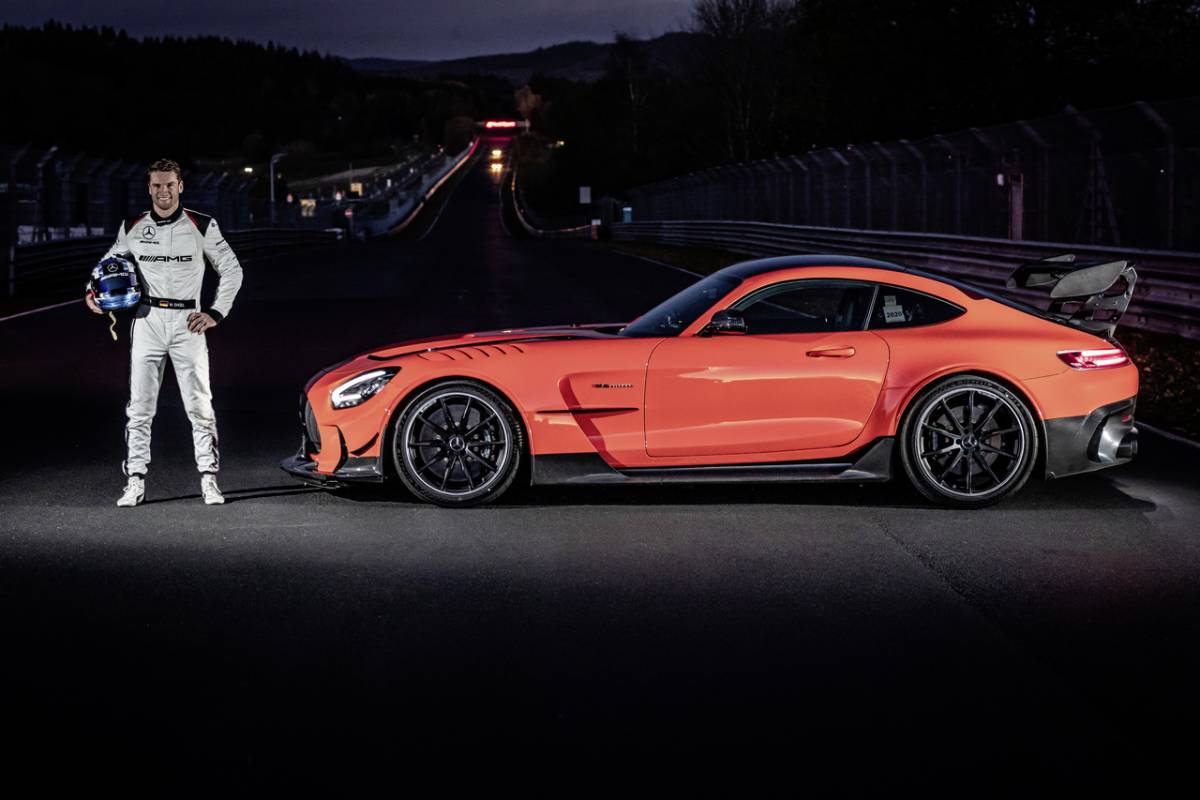 “To finally drive around the Nordschleife in 6:48.047 minutes with a production road car in these track conditions is really awesome,” said Engel. “With speeds of up to almost 270 km/h in the Kesselchen section of the track or well over 300 km/h on the long Döttinger Höhe straight, the AMG GT Black Series is significantly faster than my GT3 race car.” 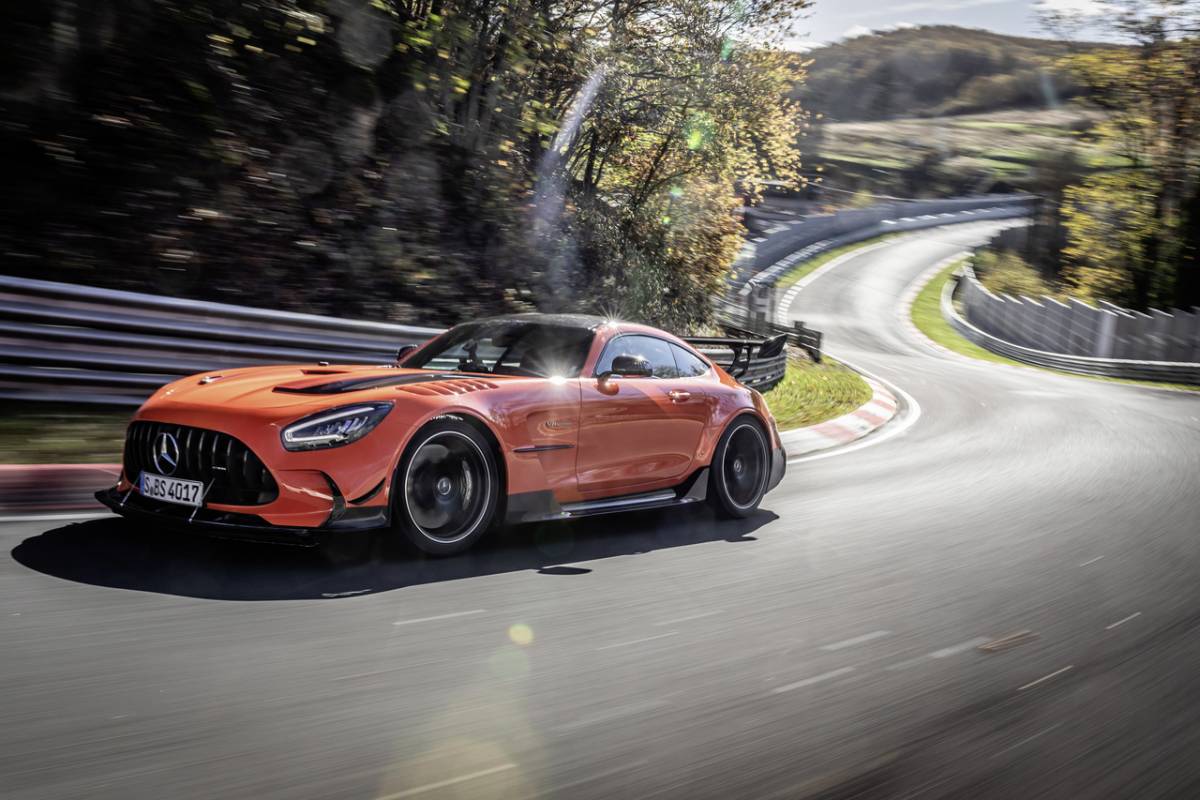 The impressive part is Mercedes-AMG did it in a factory stock GT Black Series. But to claim the record despite dreary track conditions, Engel and the team took advantage of the car’s adjustable suspension and aerodynamic kit – which are all standard on the production model. The carbon-fiber front splitter was extended to its full ‘Race’ position while the lower and upper wing blades of the rear spoiler were set in the middle position. 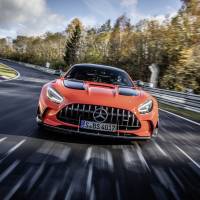 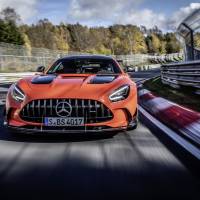 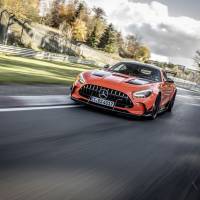 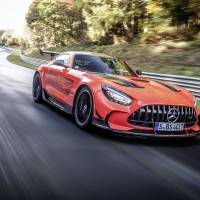 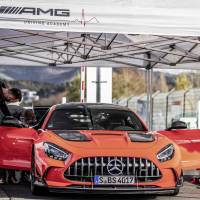 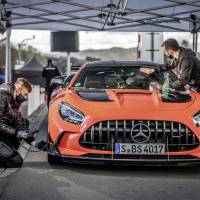 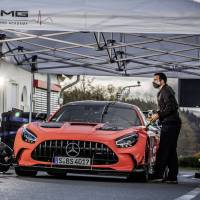 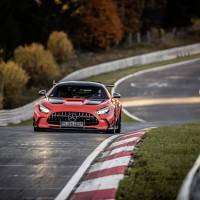 Also, the adjustable AMG coilover suspension was lowered by five millimeters at the front and three millimeters at the back. Meanwhile, the camber was set to negative 3.8 degrees at the front axle and 3.0 degrees at the rear. The anti-roll bars were dialed to the stiffest setting, while the nine-stage AMG traction control was set to six and/or seven on certain parts of the track. 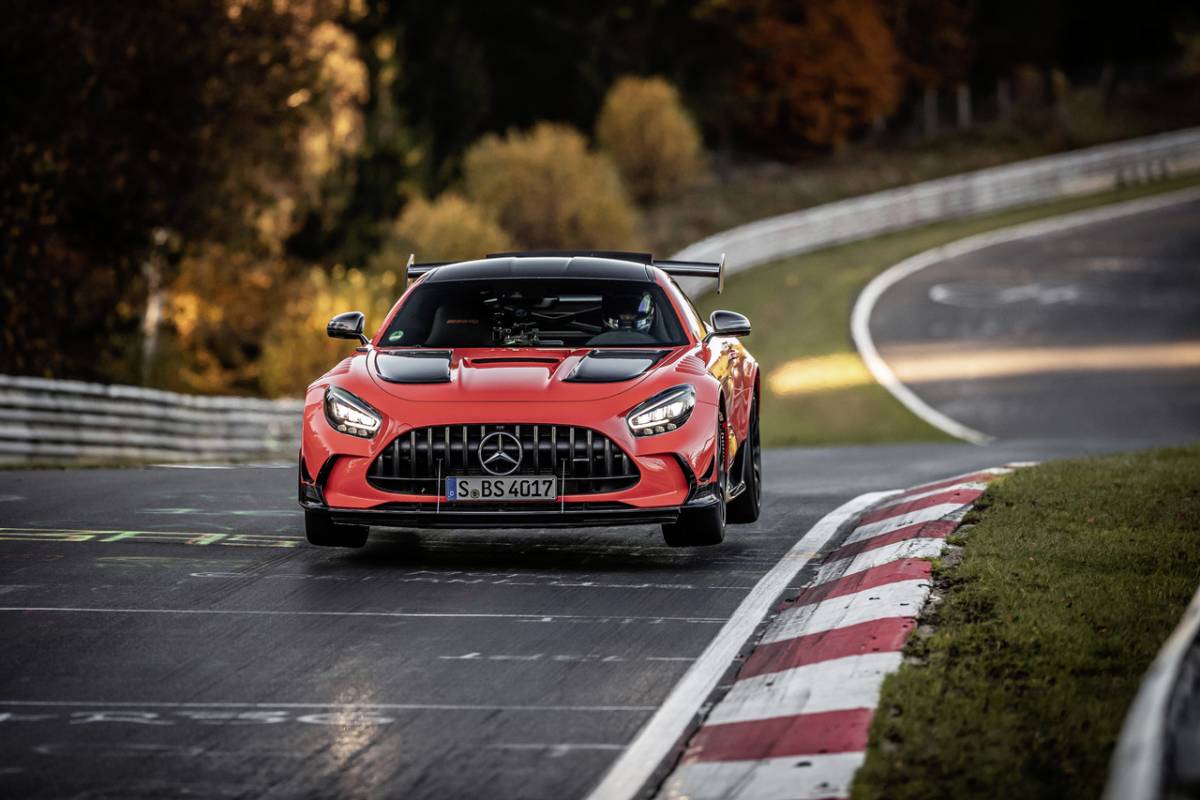 The 2021 Mercedes-AMG GT Black Series is the most powerful production AMG vehicle to date. It’s also the most expensive with base prices starting at around $389,000. In return, you get a 4.4-liter twin-turbocharged V8 engine producing 730 horsepower and 590 pound-feet of torque. The latest Black Series has a 202 mph top speed while it accelerates from zero to 60 mph in 3.1-seconds.

This calls for a toast. Herzliche Glückwünsche, Mercedes-AMG!