The 2021 Lexus UX 200 isn’t just the automaker’s smallest SUV, it’s the most affordable model in the whole line-up. Kicking off at $33k, the UX looks far more expensive than it actually is, with arguably the best example of Lexus’ at-times-divisive design language so far.

The oversized spindle grille doesn’t look quite so “Predator’s maw” here as on other Lexus models, and the sharp creasings and contours, chunky wheel arch extensions, and restrained application of chrome leave the UX looking more youthful than its siblings. It’s also impressively compact, at under 15 feet in length and with a 34 foot turning circle adding practicality during city driving. 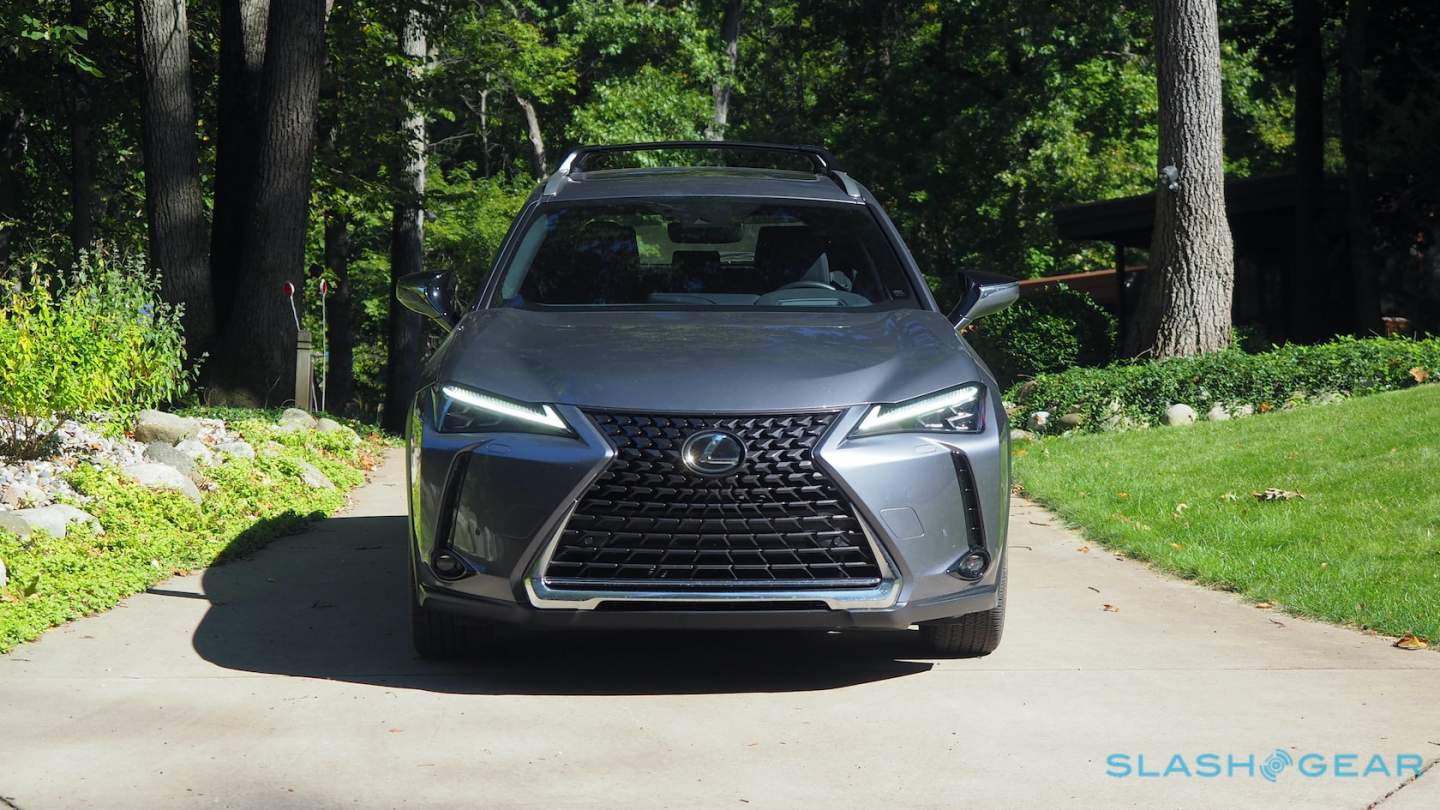 Day to day, though, the UX 200 is fine. Just… fine. The driving experience doesn’t really live up to the styling, and it definitely feels like Lexus tuned things for urban zip. Push harder, though, and as well as a laggardly 8.9 second 0-60 mph time the 2.0L starts to lose composure. It’s just a little noisier, and raspier, than you’d expect for something with a Lexus badge on the snout. 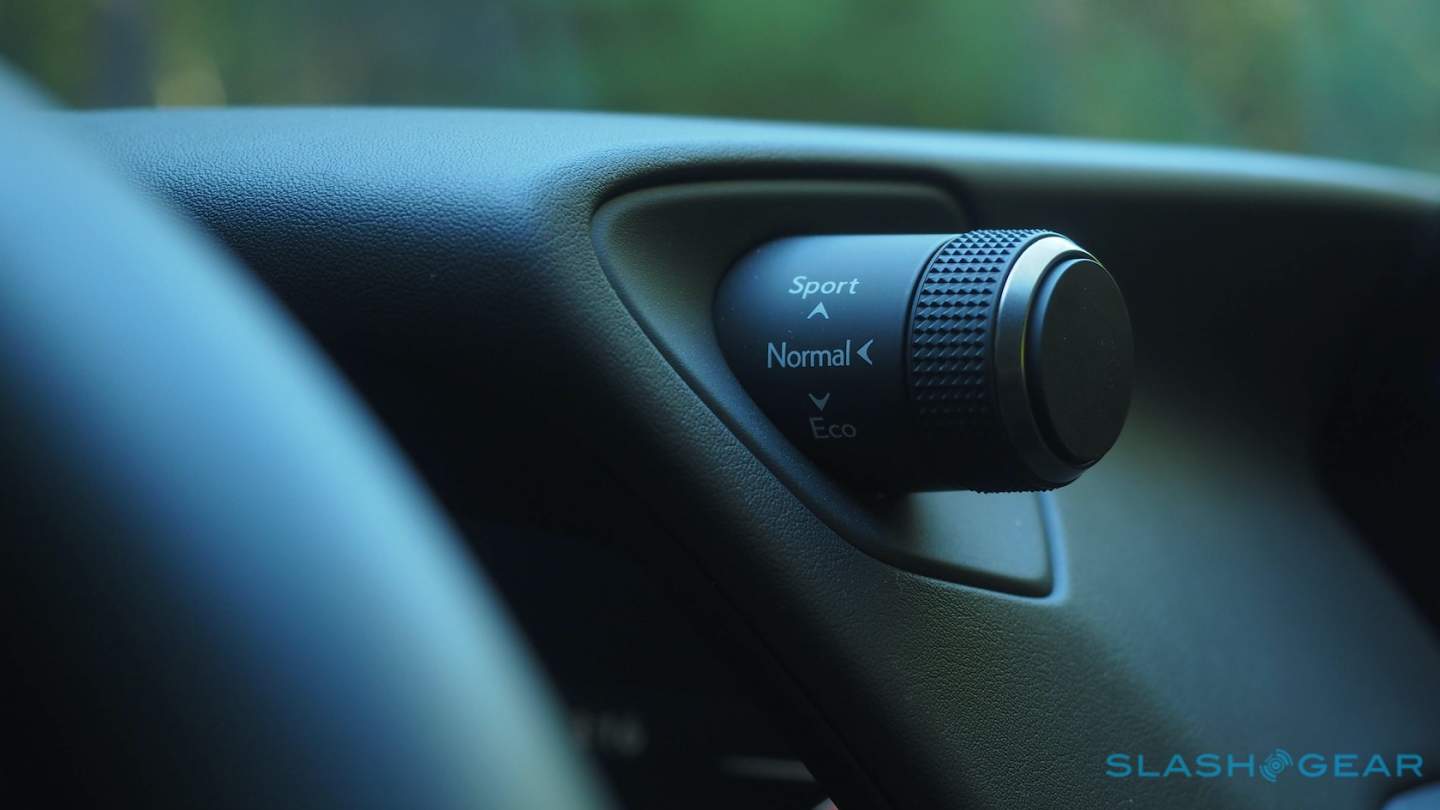 Lexus’ firm suspension keeps things reasonably flat, and snicking the drive mode knob to Sport loads a more aggressive mapping into the transmission. That also adds a little more pep to stop light getaways. Still, this is far from being a performance SUV, and at times I found myself longing for at least some adaptive damping to lend some distance from pothole bumps and shudder.

Inside, Lexus’ cabin is a little dark and dour, though the switchgear and materials generally belie the sticker. Sharing parts bins with the bigger, more lavish SUVs and sedans pays dividends for this entry-level model, and in Luxury trim there’s a decent amount of standard features, too. 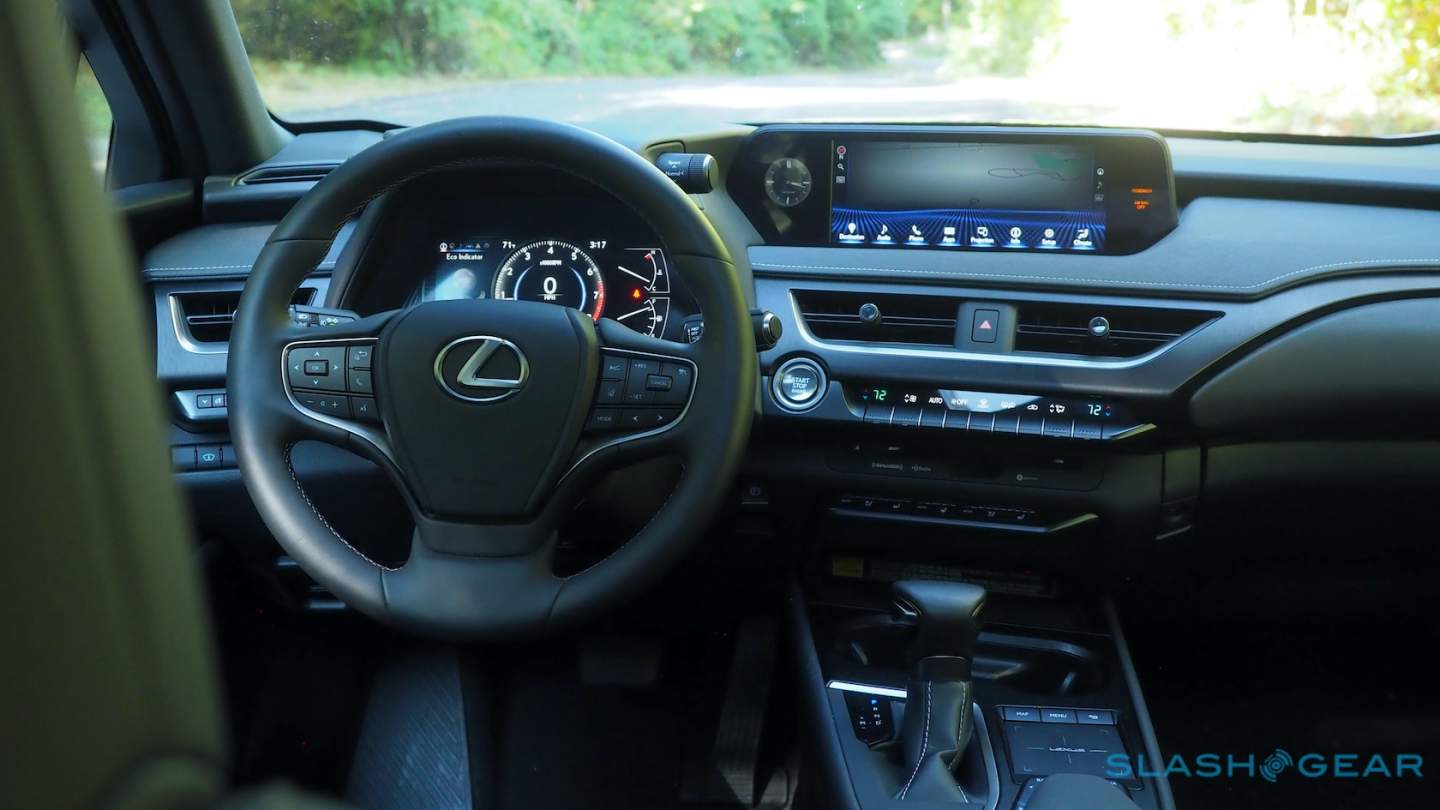 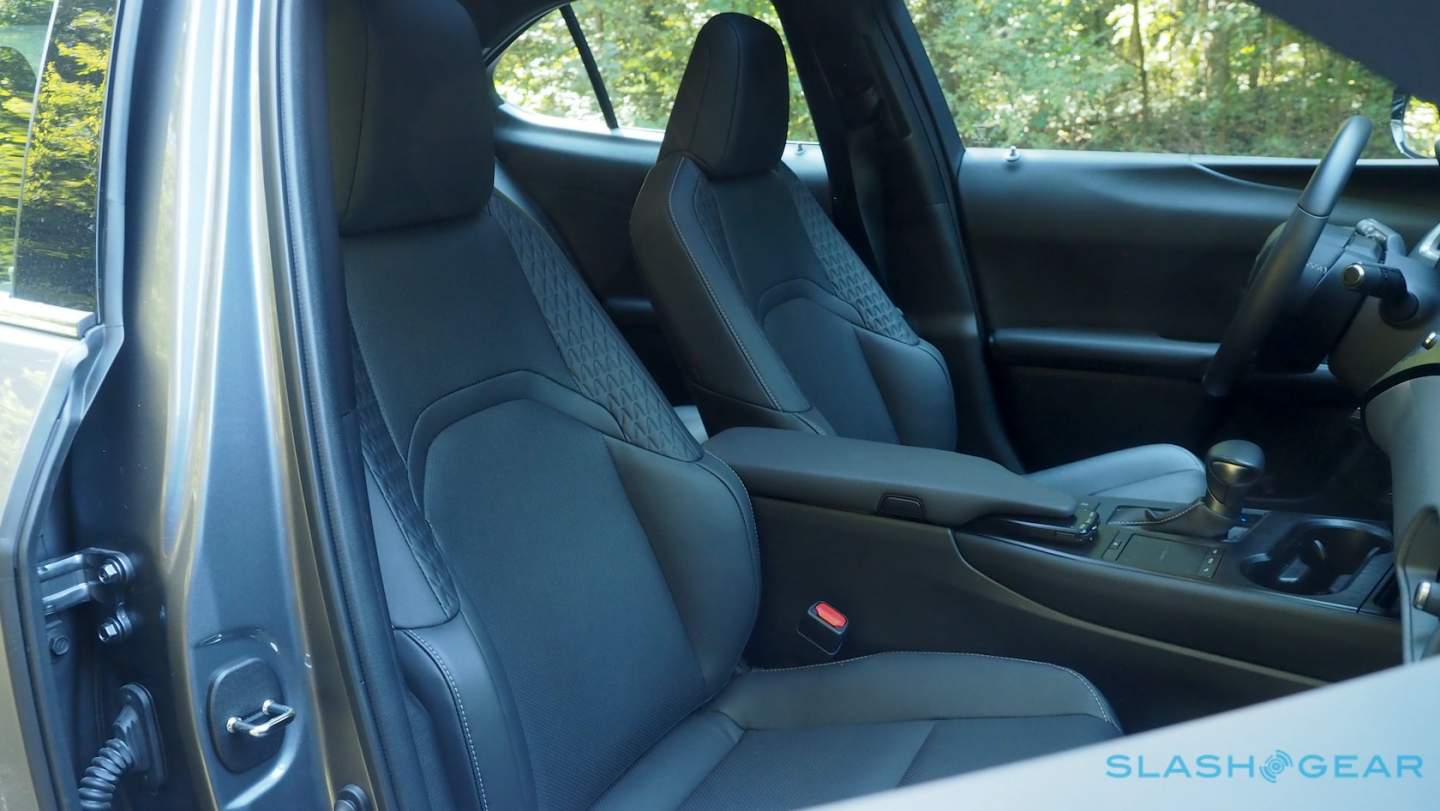 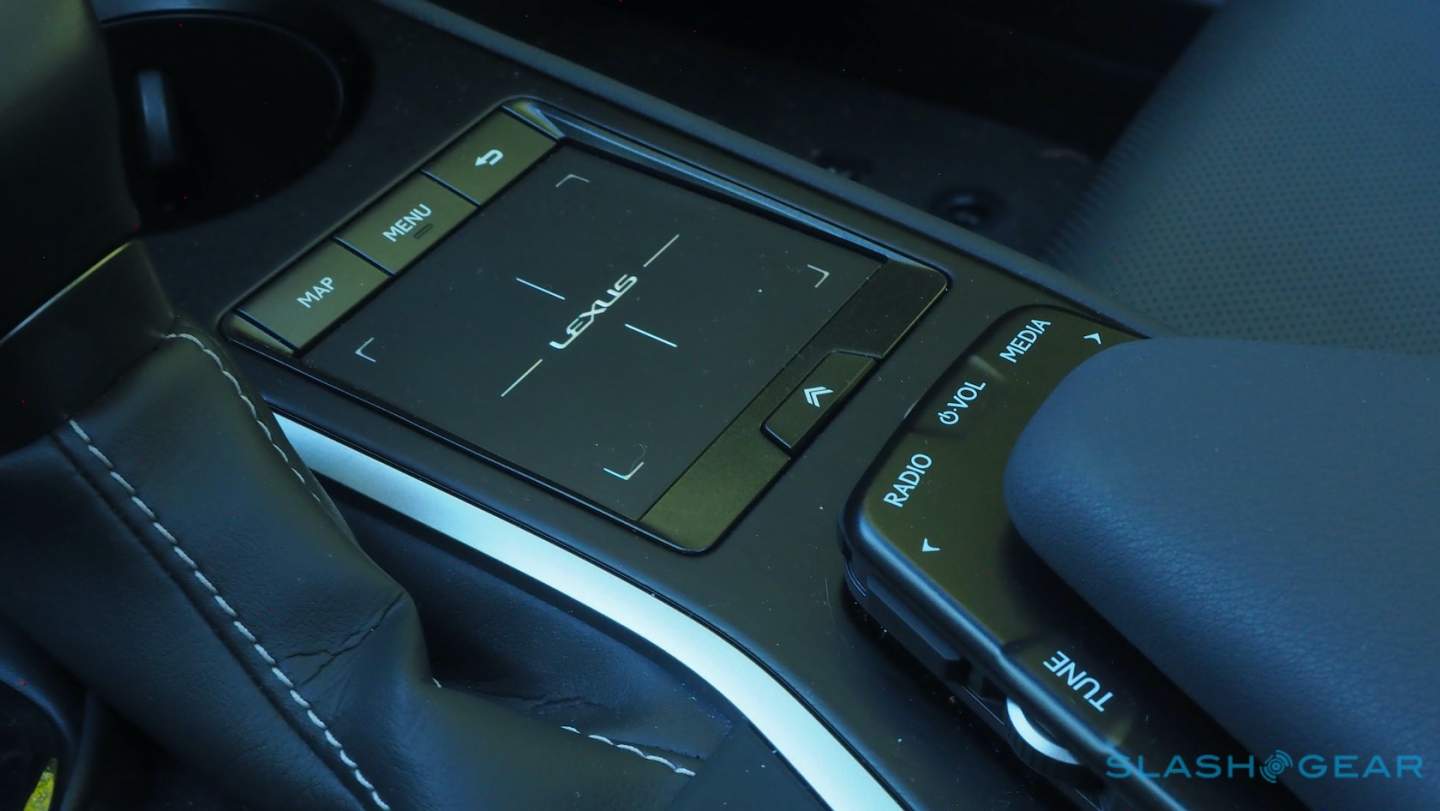 As with most Lexus models in recent memory, the most frustrating feature is the infotainment system. Navigated by an unlovable touchpad in the center console, the 10.3-inch display in this Luxury trim certainly isn’t small – some of Lexus’ German rivals look positively miserly in comparison – but controlling it is a recipe for expletives. The UI lacks personality and color; thankfully Android Auto and Apple CarPlay are standard, though it’s still tedious not being able to reach out and tap their icons.

The good news is that Lexus (and Toyota) is readying a new infotainment system. One which finally embraces touchscreens, looks far more user-friendly, and should put to rest the constant refrain of complaints and annoyances. The bad news is that there’s no telling when it might actually arrive in the UX. 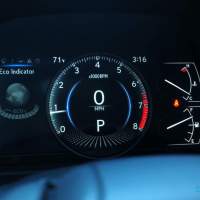 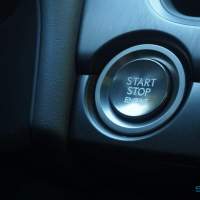 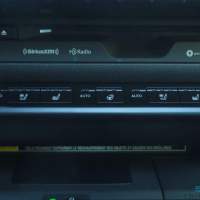 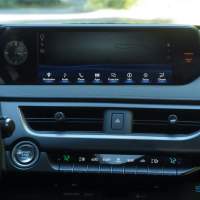 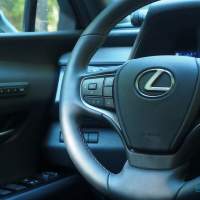 It’s not the only annoyance worth noting. The UX’s cabin is snug, and the high shoulder line only exaggerates that feeling. Those in the rear may struggle with legroom, and kids in particular might have issues seeing out over the sills. Things get no better in the trunk, where once you’ve got past the relatively tall loading edge, you’ll find just 17.1 cu-ft of space waiting for you. 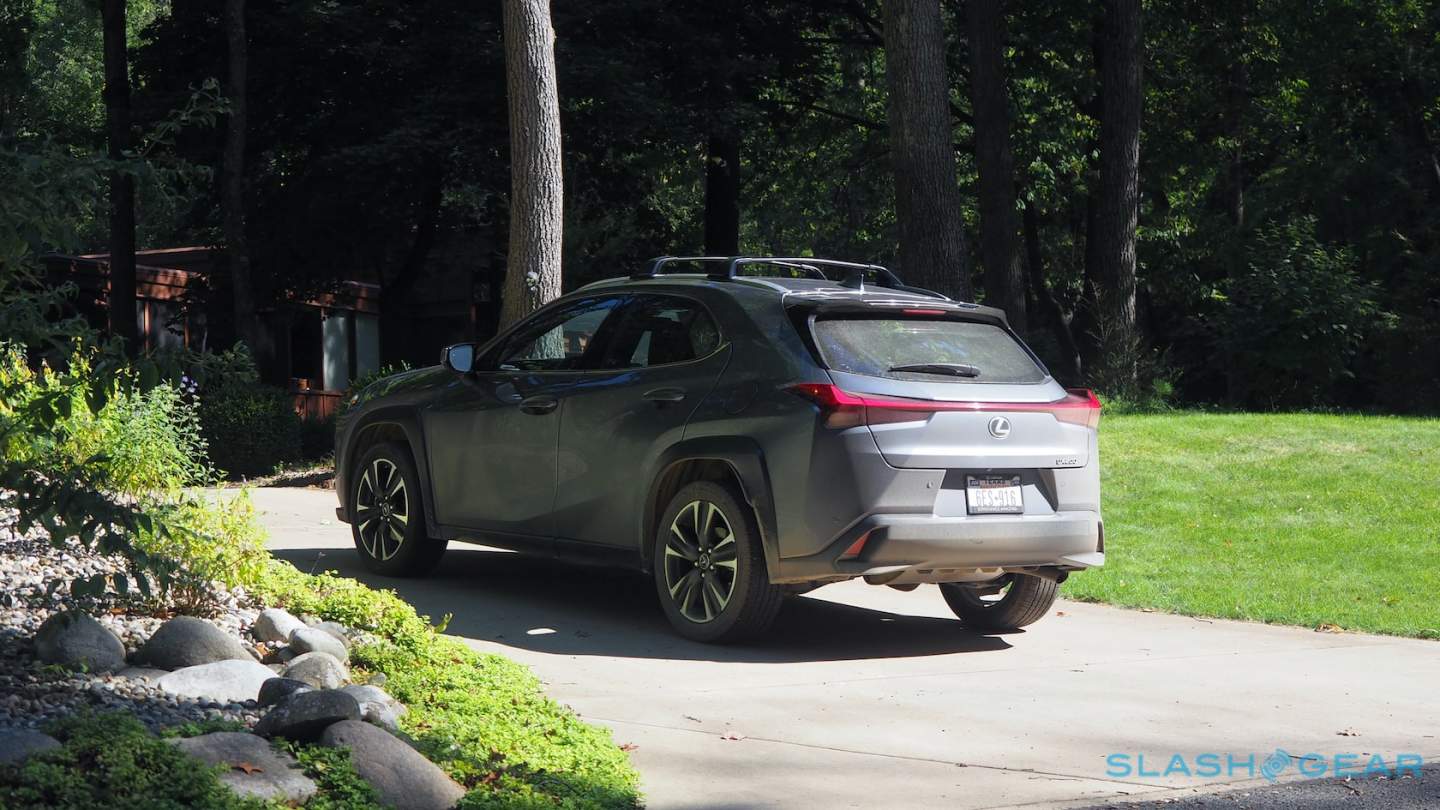 Lexus’ engine choice pays dividends in frugality and, while the UX 200 may not be the hybrid of the pack, it’s still unexpectedly efficient. Lexus quotes 29 mpg in the city, 37 mpg on the highway, and 32 mpg combined. In my own driving, leaning toward urban routes, I saw 31.5 mpg on the trip computer.

The US hybrid, meanwhile, has a 39 mpg combined rating, though you pay a $2,200 premium for the gas-electric drivetrain. Also working in the UX 200’s favor is that Lexus is quite happy for you to use regular gas, rather than premium.

A solid standard equipment list, eye-catching styling, and impressive economy give the 2021 Lexus UX 200 some instant appeal, but the equation struggles a little when you dig a little deeper. That frugal 2.0L lacks power and refinement, the cabin is hardly roomy, and practicality takes a significant hit when you consider the size of the trunk. The UX may be a compact crossover, but I think we’re still right to expect something slightly less compact than this. 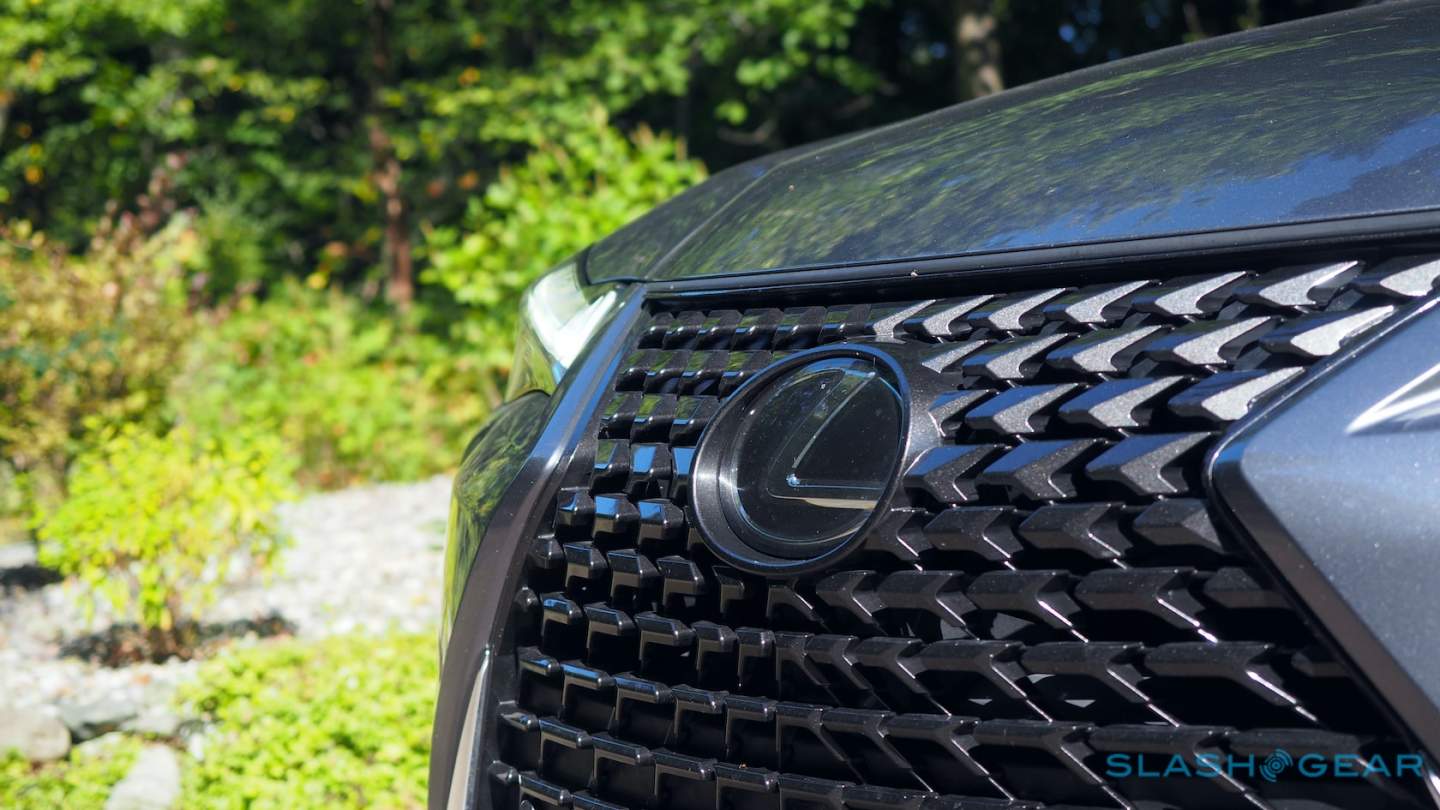 With more power and the promise of even better economy, the UX 250h and its hybrid drivetrain would help address some, though not all, of those complaints. At some point, though, you’re within spitting distance of the more spacious NX (which starts at $37,610), which feels a far better choice for a young family.

As a design exercise for DINKs, though, much of the UX’s charm pushes through. The cheapest Lexus turns heads, and earns its share of admiring glances. You just have to be willing to compromise elsewhere for that attention.