Following the 2021 Kia K5’s debut last week, the South Korean automaker has finally unveiled base prices for its newest midsize sedan. According to Kia, the new K5 starts at $24,455 for the base LX with front-wheel drive. True to form, the base K5 is $300 more than the outgoing Optima, but you do get a lot of car in return.

Next up the trim ladder is the K5 LXS with base prices starting at $25,455. The K5 GT-Line starts at $26,355 while the EX is at $28,995. Kia is offering a premium package for the EX GT-Line and EX starting at an additional $1,600 and $3,400, respectively. The premium package includes sportier exterior accoutrements along with a bevy of advanced driver-assist systems. 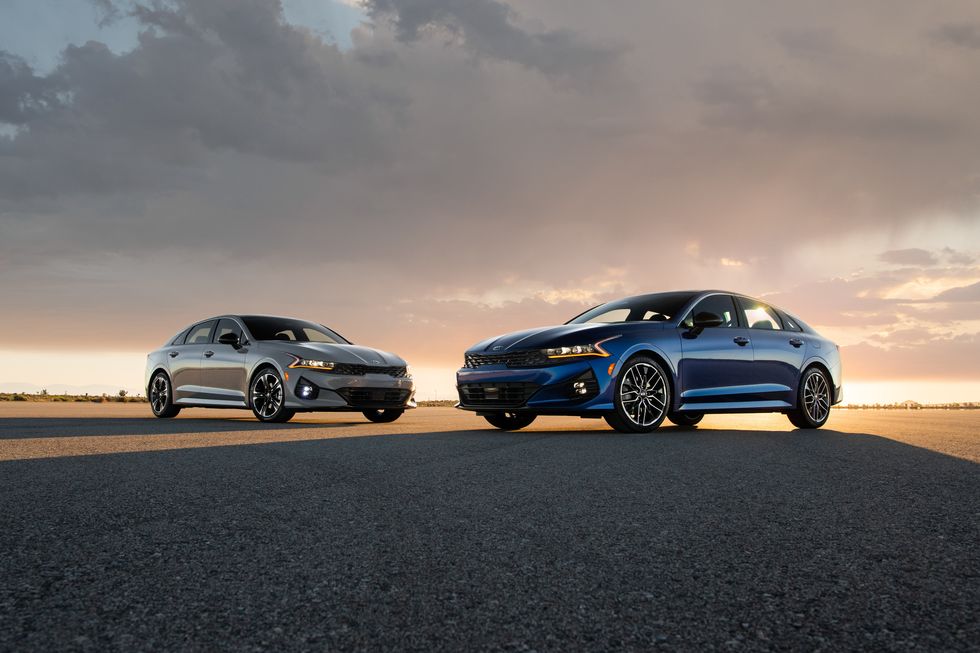 All the aforementioned K5 trim models are powered by a turbocharged 1.6-liter four-cylinder engine with 180 horsepower and 195 pound-feet of torque. The engine is mated to an 8-speed automatic transmission driving the front wheels. The 2021 Kia K5 achieves an estimated EPA rating of 29/38/32 mpg. 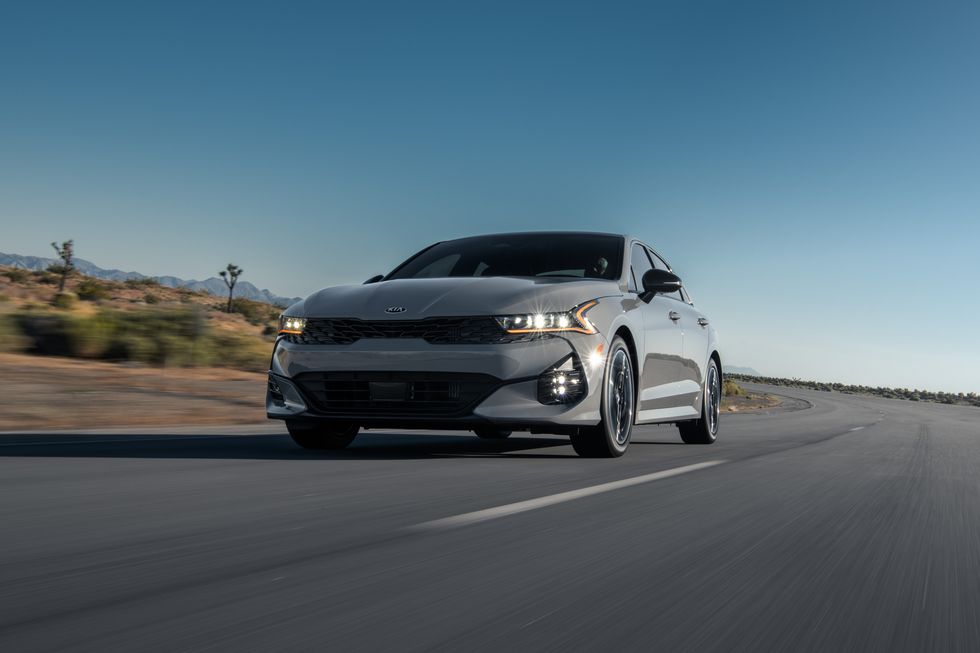 Kia’s newest K5 sedan is also available with an all-wheel drivetrain. However, AWD is only offered on the LXS and GT-Line trim. The K5 LXS AWD starts at $27,555 while the GT-Line AWD is at $30,055. The GT-Line is available with a special edition package that adds gloss-black trim, a panoramic sunroof, and gray exterior paint for an additional $800. 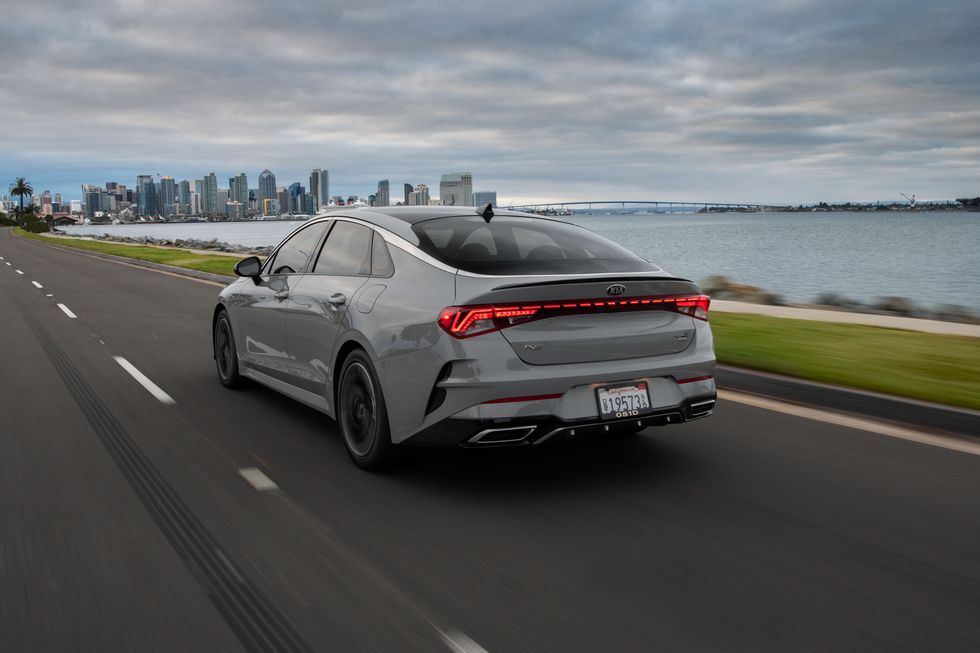 The crème of the crop is the K5 GT arriving this fall. It has a more powerful turbocharged 2.5-liter four-cylinder motor pumping out 290 horsepower and 311 pound-feet of torque.

With this much power, the K5 GT is fast enough to breach zero to 60 mph in 5.8-seconds. Base prices for the 2021 Kia K5 GT start at $31,455. The K5 GT is available with a GT1 package which includes LED headlights, a heated steering wheel, a Bose premium audio system, and a 10.3-inch infotainment touchscreen with Apple CarPlay/Android Auto to name a few. 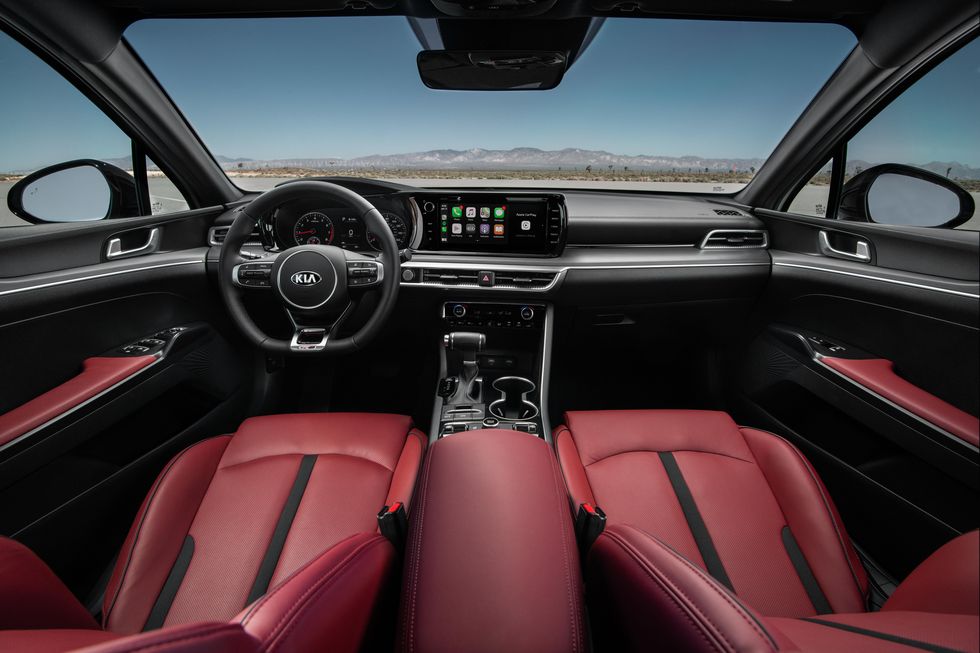 The 2021 Kia K5 is slated to arrive later in the summer. It may have a higher base price than an equivalent Toyota Camry, Honda Accord, and Hyundai Sonata, but the top-of-the-line K5 GT is competitive enough despite having less power than a V6-powered Camry.