Kia officially announced the all-new 2021 K5 is slated to replace the Optima in the midsize sedan segment. The new K5 is touted to be Kia’s most powerful midsize sedan, and it’s arriving with a slew of turbocharged engines. Based on the N3 third-gen platform as the new Hyundai Sonata, the K5 inherited some design cues from the gorgeous Kia Stinger to give it an edge among competing midsize sedans.

First off, the Kia K5 is a marvelous-looking sedan. It previews a modernized version of Kia’s textured ‘tiger-nose’ grille which now extends into the redesigned headlights and hood structure. Meanwhile, most prominent is the unique Z-shaped running lights to give the K5 an unmistakable lighting signature. 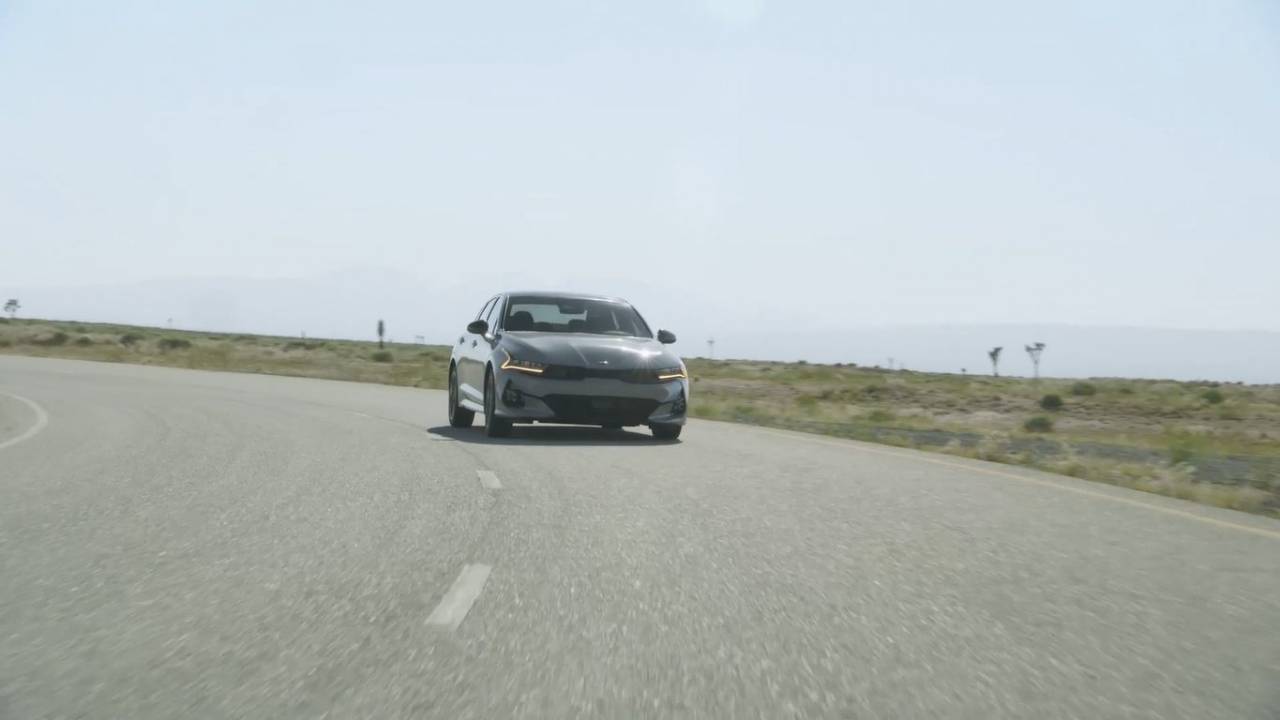 Viewed from the side, the K5 can easily be mistaken for a Stinger with its low-slung silhouette and sloping roof, the latter of which wraps around the rear windshield. The 2021 K5 is 2.0-inches longer and an inch wider than its predecessor, but it also sits 0.8-inch lower to give it a dynamic stance. It also has a longer wheelbase to offer a roomier interior than the Optima. Rounding up the sporting look is a new set of 16-inch to 19-inch alloy wheels. 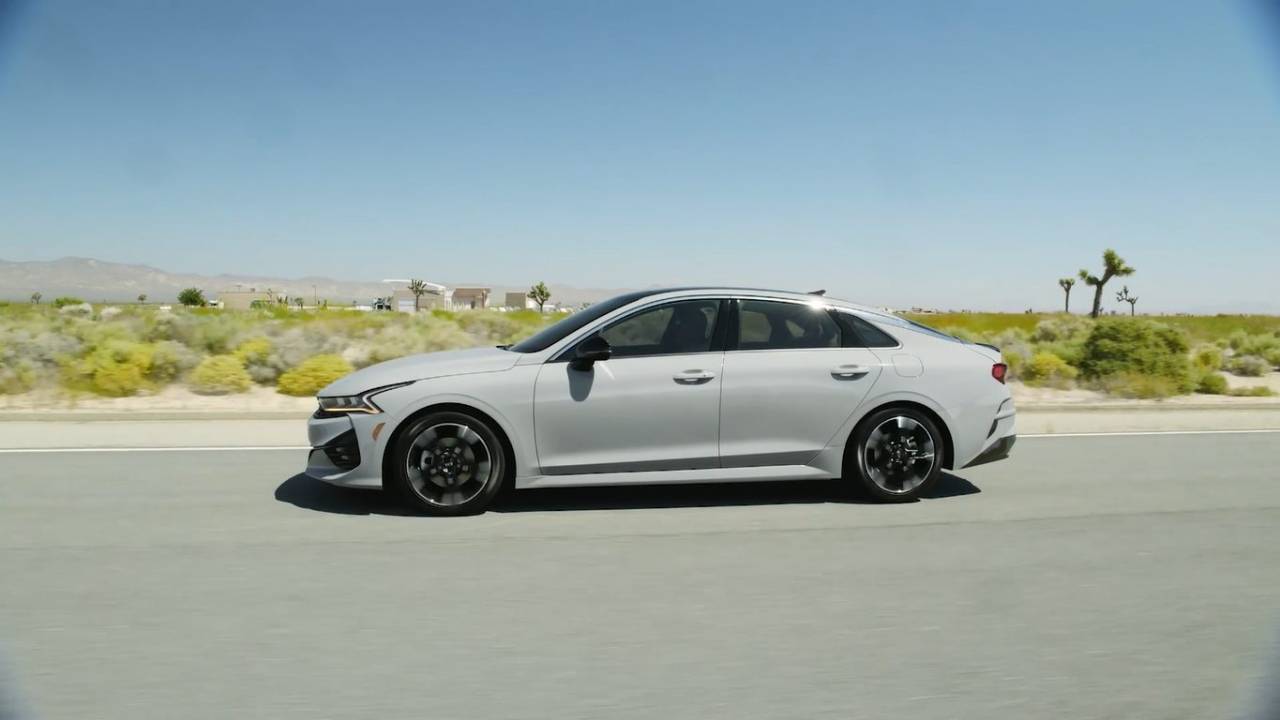 Unlike the Hyundai Sonata, the all-new Kia K5 will come to North America with a range of powerful turbocharged engines. According to Kia, the K5 will be sold in four trim models: LX, LXS, GT-Line, and EX. Apparently, a high-performance K5 GT is also arriving this fall. The base engine is a turbocharged 1.6-liter four-banger with 180 horsepower and 195 pound-feet of torque. The K5 GT is equipped with a turbocharged 2.5-liter four-cylinder motor with 290 horsepower and 311 pound-feet of torque. 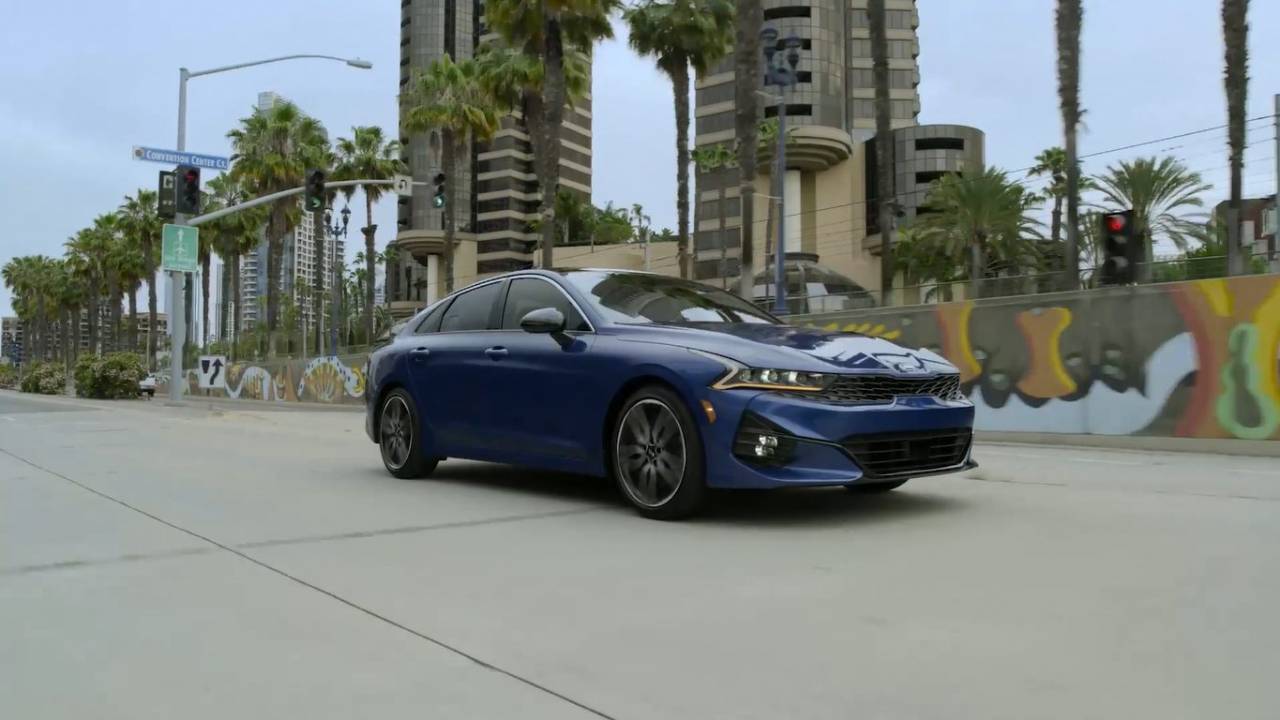 The smaller mill is connected to an eight-speed automatic transmission driving the front wheels. The larger 2.5-liter engine is mated to a new 8-speed dual-clutch automatic gearbox with a wet clutch pack. All-wheel-drive is optional across the board.

Inside, the cabin benefits from an open layout design with premium materials and a mixture of metallic and wood appliques. Lower trim models receive an 8.0-inch touchscreen while a 10.25-inch display is available along with server-based navigation, wireless Apple CarPlay and Android Auto, and Kia’s UVO telematics system. 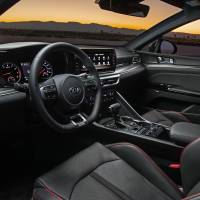 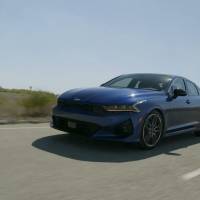 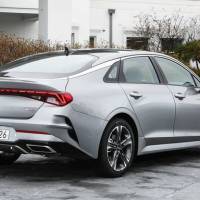 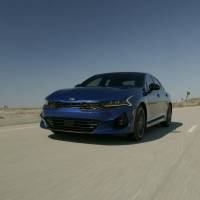 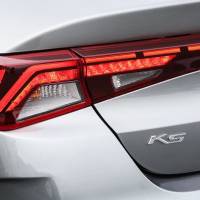 On the safety front, the 2021 K5 is handsomely equipped with standard forward collision warning, collision avoidance assist, driver attention warning, and lane following assist among many others. The new Kia K5 will be manufactured in West Point, Georgia along with the Telluride SUV, and is anticipated to arrive later in the summer. Pricing and other details will follow at a later date.