Pricing for the new Jeep hybrids has been confirmed, with the 2021 Jeep Wrangler Sahara 4xe and Jeep Wrangler Rubicon 4xe Launch Editions slotting in at the top end of the SUV-maker’s range. Announced earlier this year, the first electrified Wrangler models combine a four-cylinder gas engine with two electric motors, for what the automaker claims is a bump both in economy and performance.

The gas engine is a 2.0-liter turbocharged inline-four, with a low-inertia turbo and direct-injection. Mounted to it is a high-voltage eTorque motor generator unit, in place of the standard alternator. It’s also used to help charge the 400-volt, 17 kWh lithium-ion battery pack. 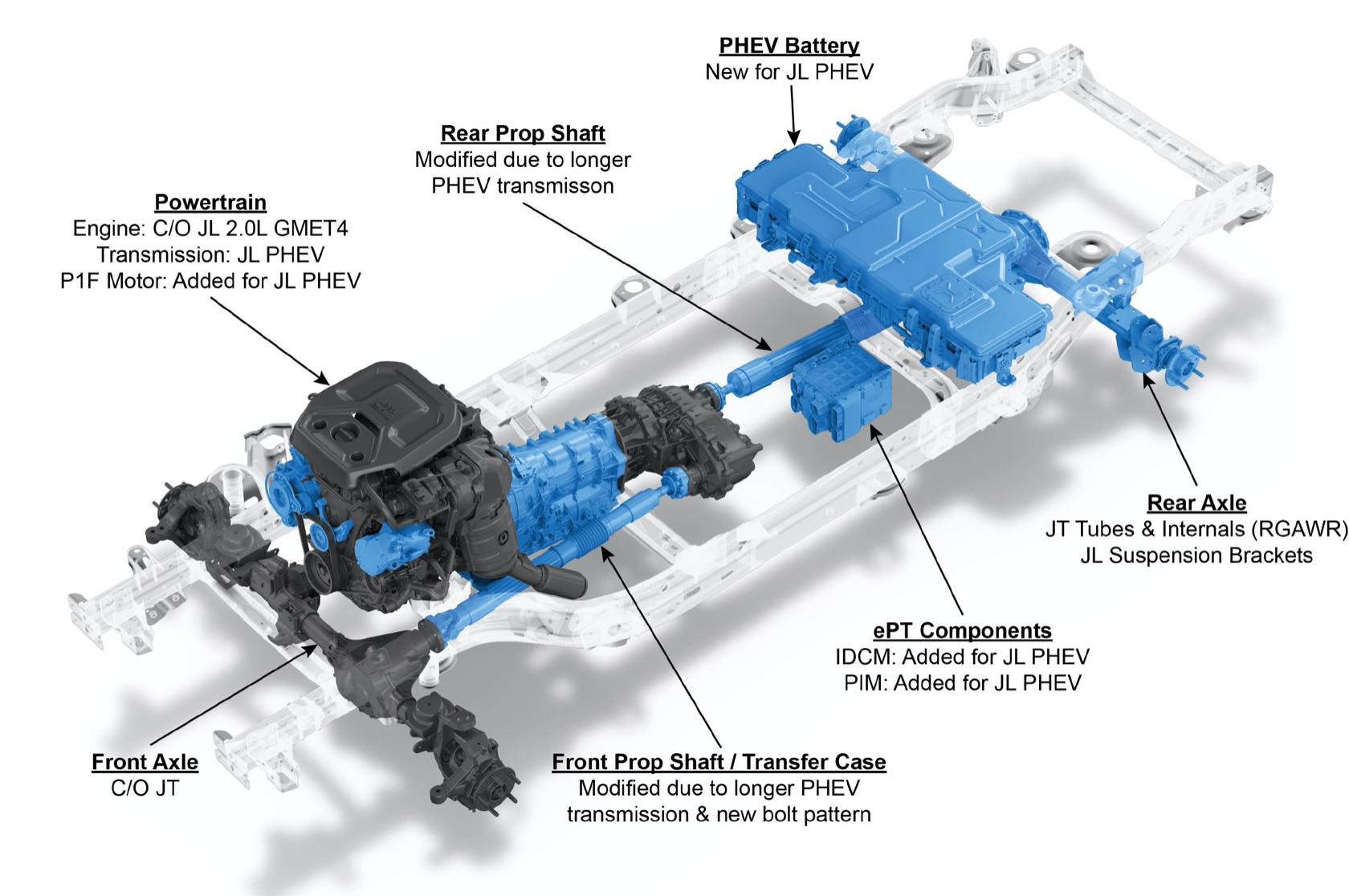 The second electric motor, meanwhile, is mounted at the front of the transmission case. Unlike the first, it’s capable of powering the Wrangler 4xe on electric power alone, leaving the gas engine shut down. It’s paired with an eight-speed ZF automatic transmission.

Together, it leaves the electrified SUVs capable of driving in pure-electric mode, on gas-only mode if the battery is depleted or being saved, or in the most potent hybrid mode. That way, you get 375 horsepower and 470 lb-ft of torque, and an EPA estimated 50 MPGe. 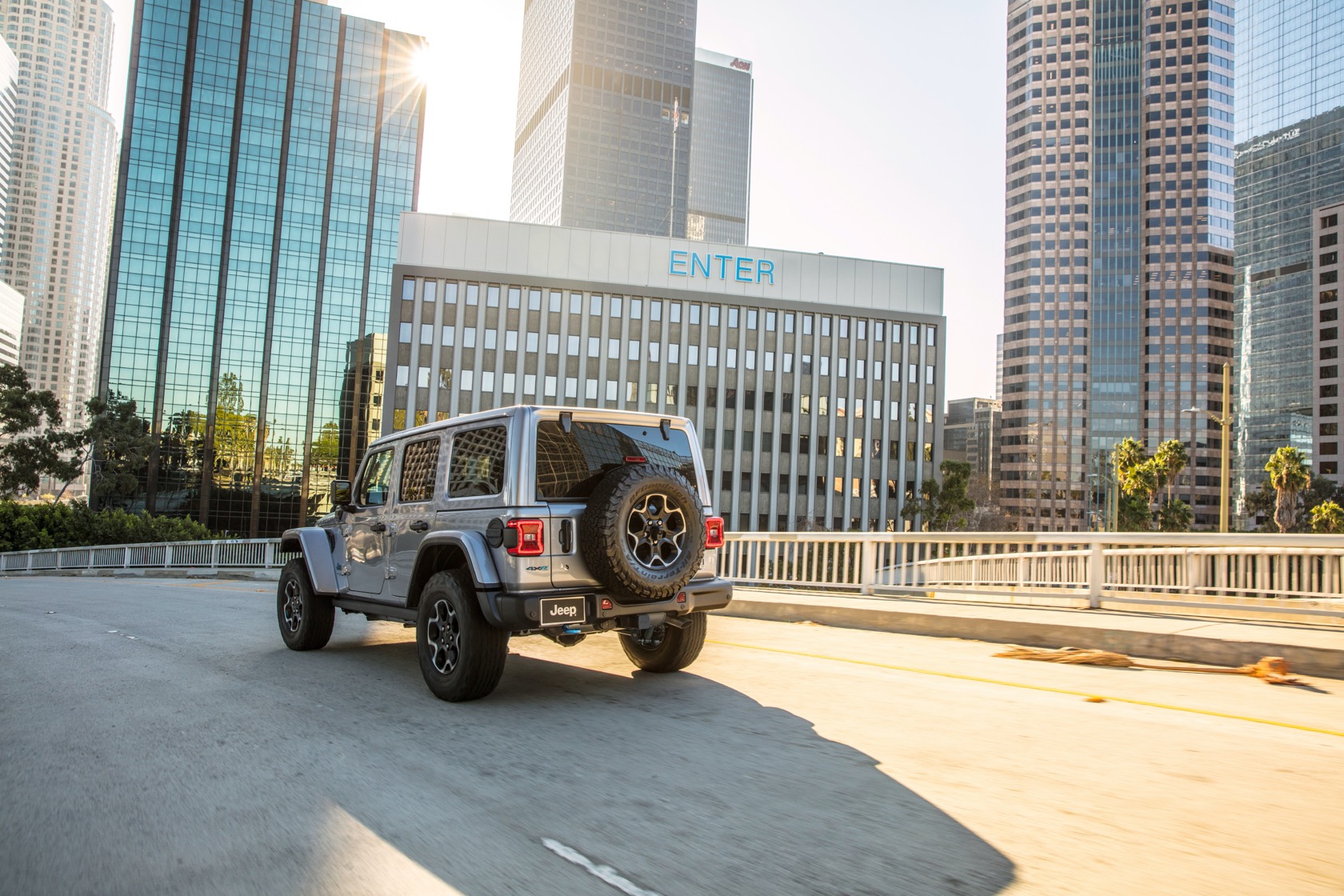 There’ll be two versions initially. The 2021 Wrangler Sahara 4xe Launch Edition will be the most affordable, kicking off at $47,995 (plus $1,495 destination), but before any applicable federal and state tax incentives. That could bring it down to $41,990 with the $7,500 federal tax credit. 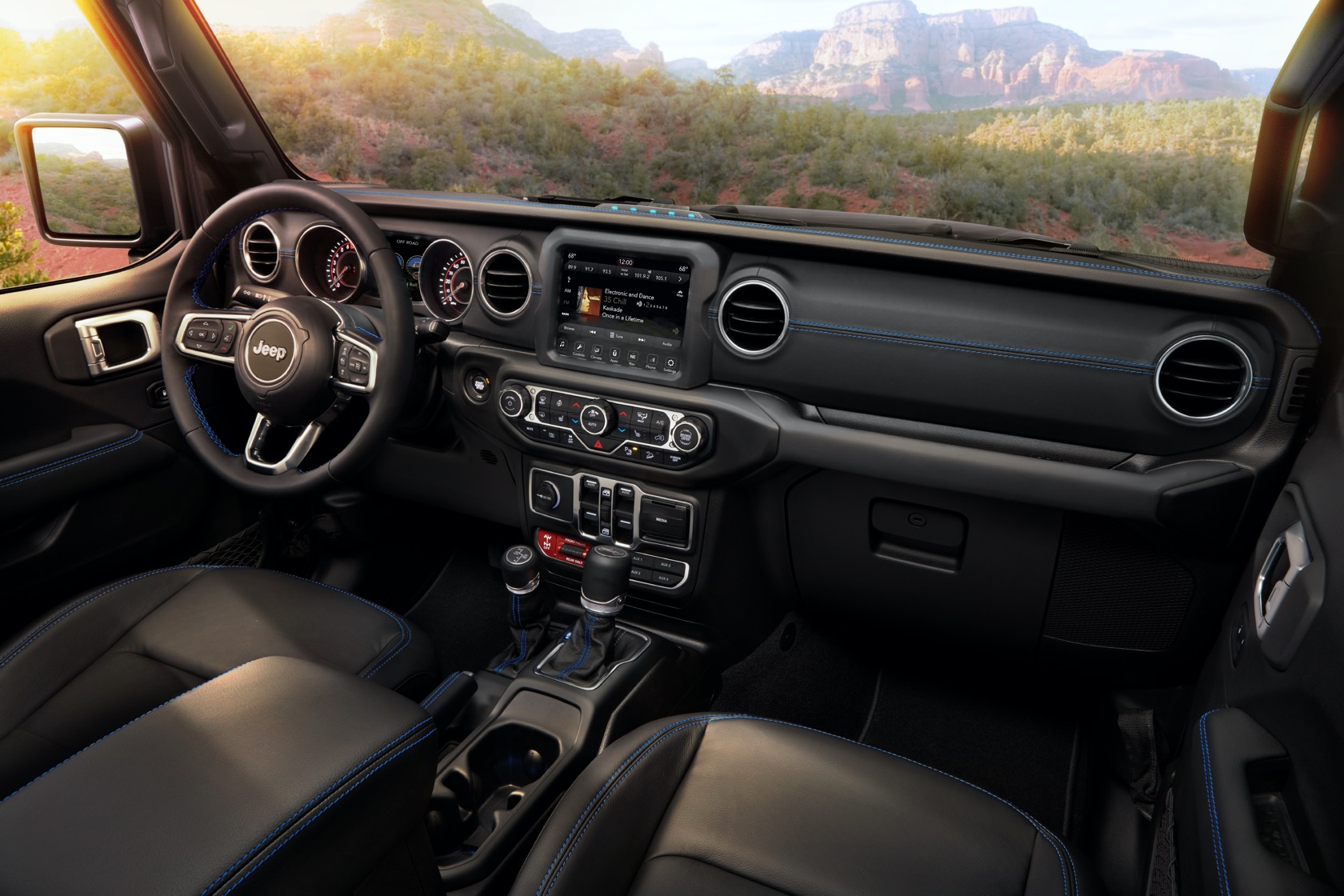 It has the LED lighting, same Uconnect infotainment, and same Alpine audio system. However it swaps the Selec-Trac system for a 4:1 Rock-Trac Heavy-Duty Full-Time 4WD System. Both trucks can do 0-60 mph in 6.0 seconds, Jeep claims. 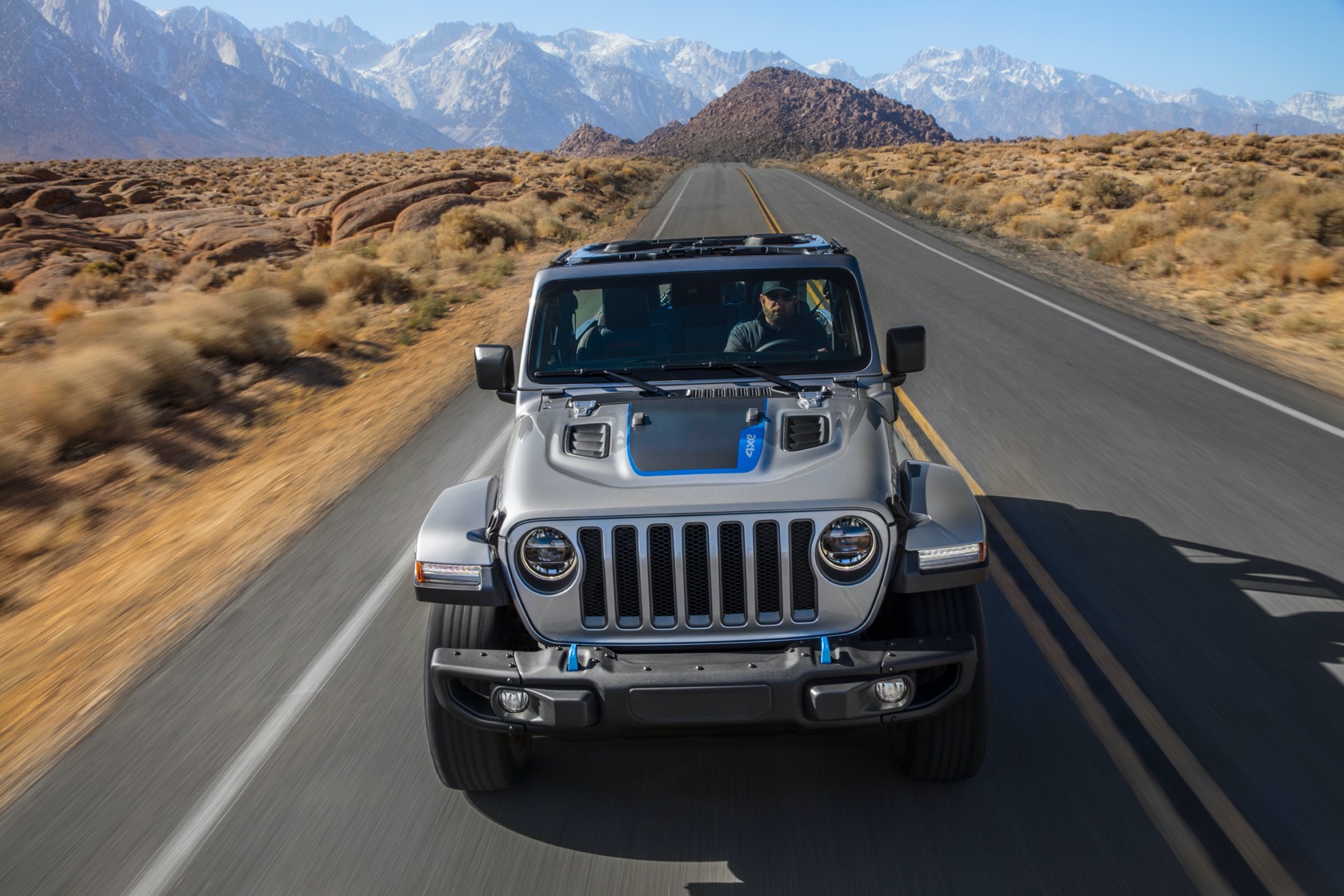 Jeep is building the Wrangler 4xe at its Toledo Assembly Complex in Toledo, Ohio, and says that deliveries are expected in Q1 2021. It won’t be the only place we see the 4xe badge, however, with the automaker planning to use it to distinguish all of its electrified models, including both the initial hybrids and the eventual full-electric Jeep SUVs that are on the roadmap.