The 2021 Jeep Wrangler 4xe has placed first and second overall at the recently concluded Rebelle Rally. Motivated by Team 4xEventure (team 129) led by Nena Barlow and Teralin Petereit, the duo took the most points in four of the seven stages to win the plum. It also took home the Bone Stock and Electrified titles while taking five of the top 10 spots and securing the top three positions at the grueling 1,500-mile trek across the deserts of Nevada and California.

Meanwhile, the mother and daughter team of Christie and Emily Benzie (Team 117 Jeep Thrills) took a single stage win while never finishing out of the top 10, enough to bring home second place overall. Jeep 4×4 vehicles have won five of six overall wins since the Rebelle Rally started in 2015, proof that Jeep is still king of the wild outdoors despite imminent threats from Ford’s Bronco SUV. 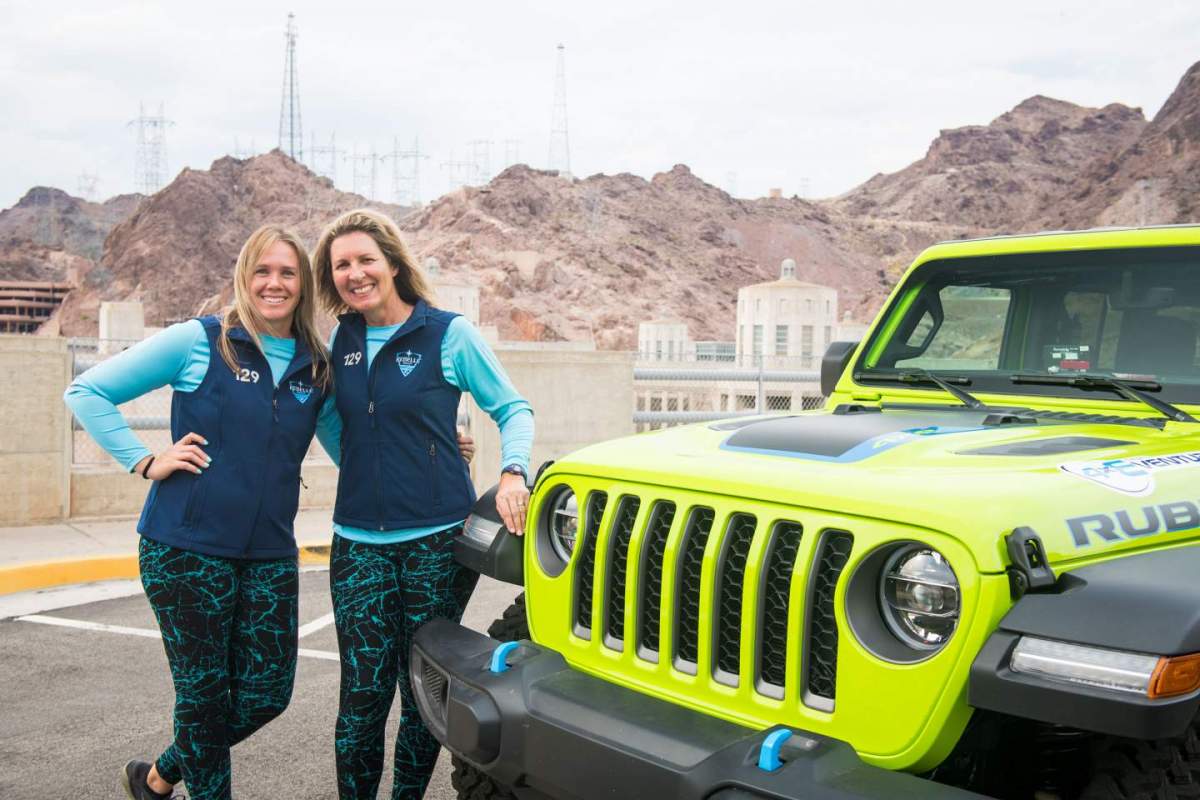 “The Jeep brand had supported the Rebelle Rally since the beginning six years ago and, this year, we were excited to showcase the new Wrangler 4xe in the most difficult off-road rally conditions,” said Jim Morrison, Vice President, Jeep Brand North America. 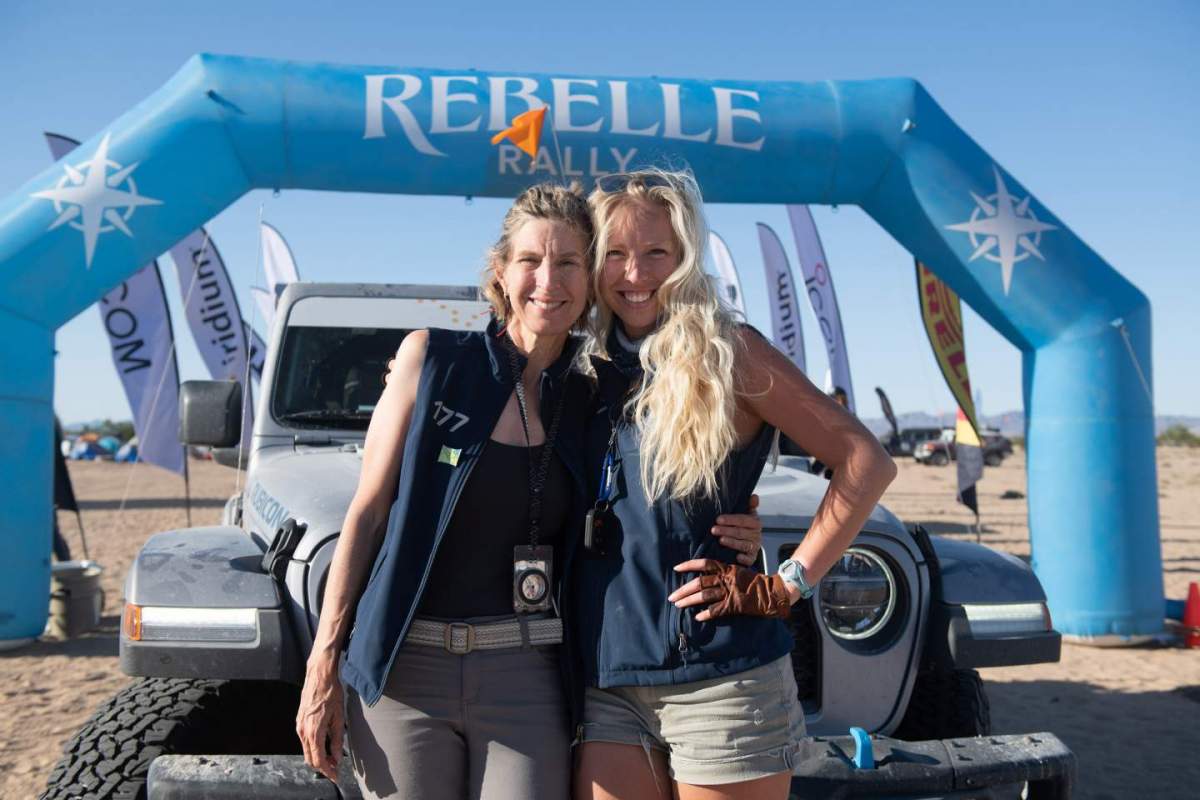 The Jeep Wrangler 4xe is a bold attempt in electrifying an everlasting off-road icon. Under the hood are a gasoline-powered 2.0-liter turbocharged inline four-cylinder engine and a Torqueflite eight-speed automatic gearbox. It also has two electric motors: one mounted beside the engine to replace the alternator and another electric motor in front of the eight-speed transmission. 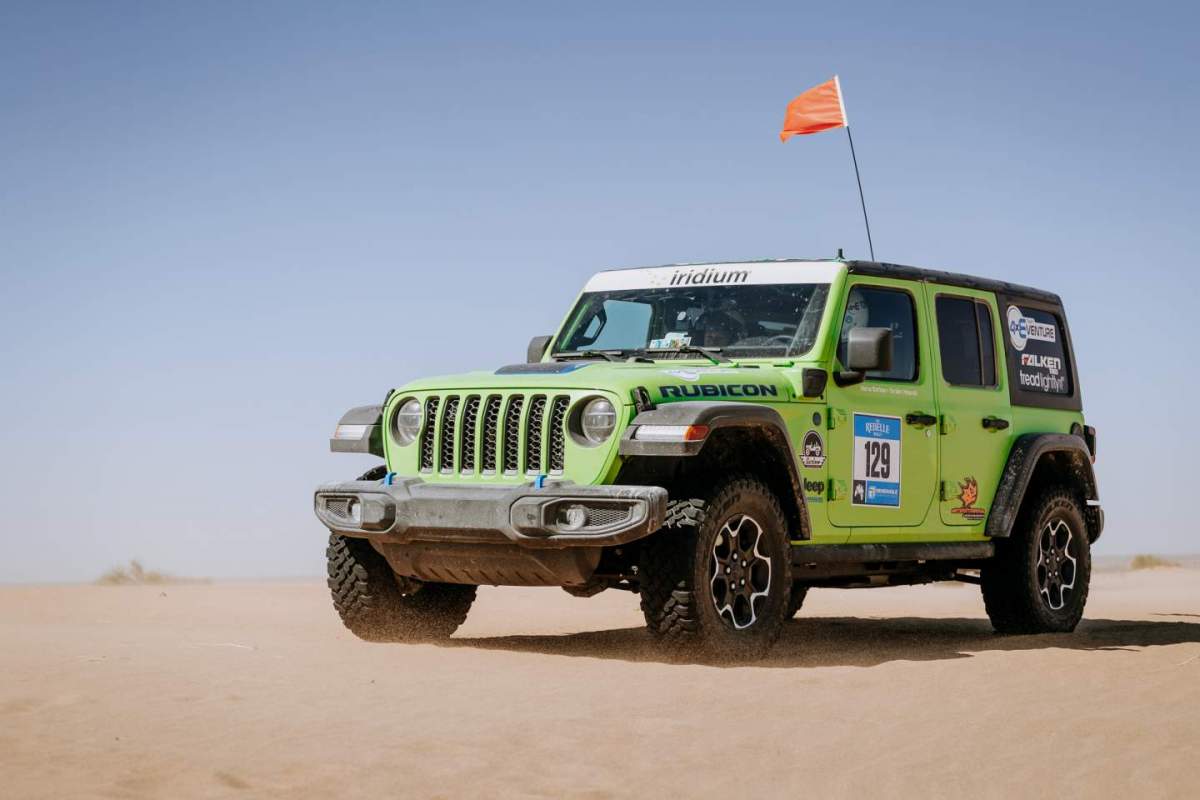 All told, the Jeep Wrangler 4xe dispenses 375 horsepower and 470 pound-feet to all four wheels while returning an impressive 50 MPGe and 21 miles of all-electric range. The electric motors draw power from a 400-volt, 17 kWh battery pack under the rear seats. Since water and electricity don’t mix, Jeep made sure that the battery pack, wiring, and high-voltage electronics were watertight, enabling Wrangler 4xe to conquer 30-inch water crossings. 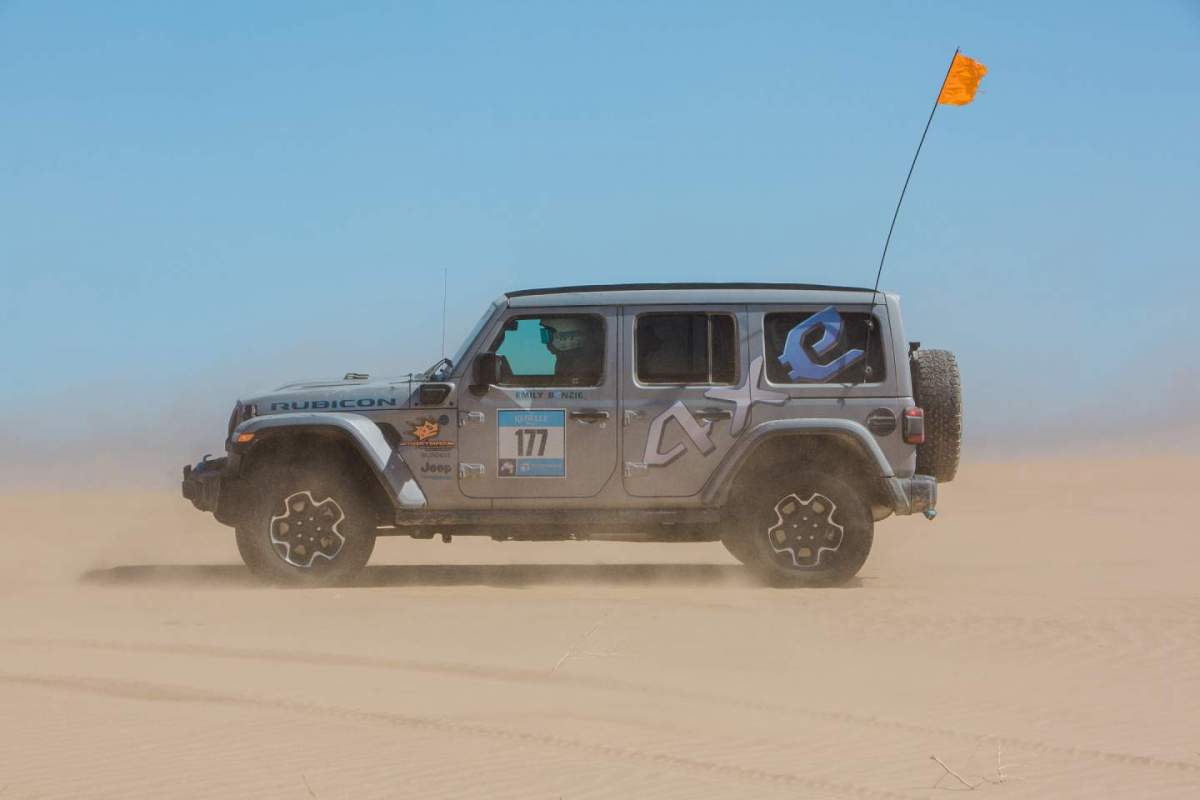 The Wrangler 4xe has three E-Select driving modes. Running in hybrid mode makes the most use of gasoline and electric power. In contrast, electric mode prioritizes all-electric driving and will only run the gas engine once the batteries run out of juice. However, eSave mode prioritizes gasoline power and saves battery energy, while the battery charge option replenishes the battery using power from the gas engine.