Brand identity is a tricky thing to get right. If the second-generation Ridgeline had a problem, it was that it was just too similar, from the front at least, to Honda’s Pilot. That’s not a bad looking SUV, no, but if you weren’t confusing the Ridgeline for its (mechanically similar) sibling, you were probably questioning its softer aesthetics compared to most rival pickups.

There is, for better or worse, a design language we expect from trucks. While practicality is king, they also have to look burly and tough; we expect road presence and a sense of invulnerability, too. The original Ridgeline was odd-looking enough that the conversation instantly shifted to that love-it-or-hate-it appearance, but Honda’s second attempt was just close enough to a family SUV to be an outlier in its segment. 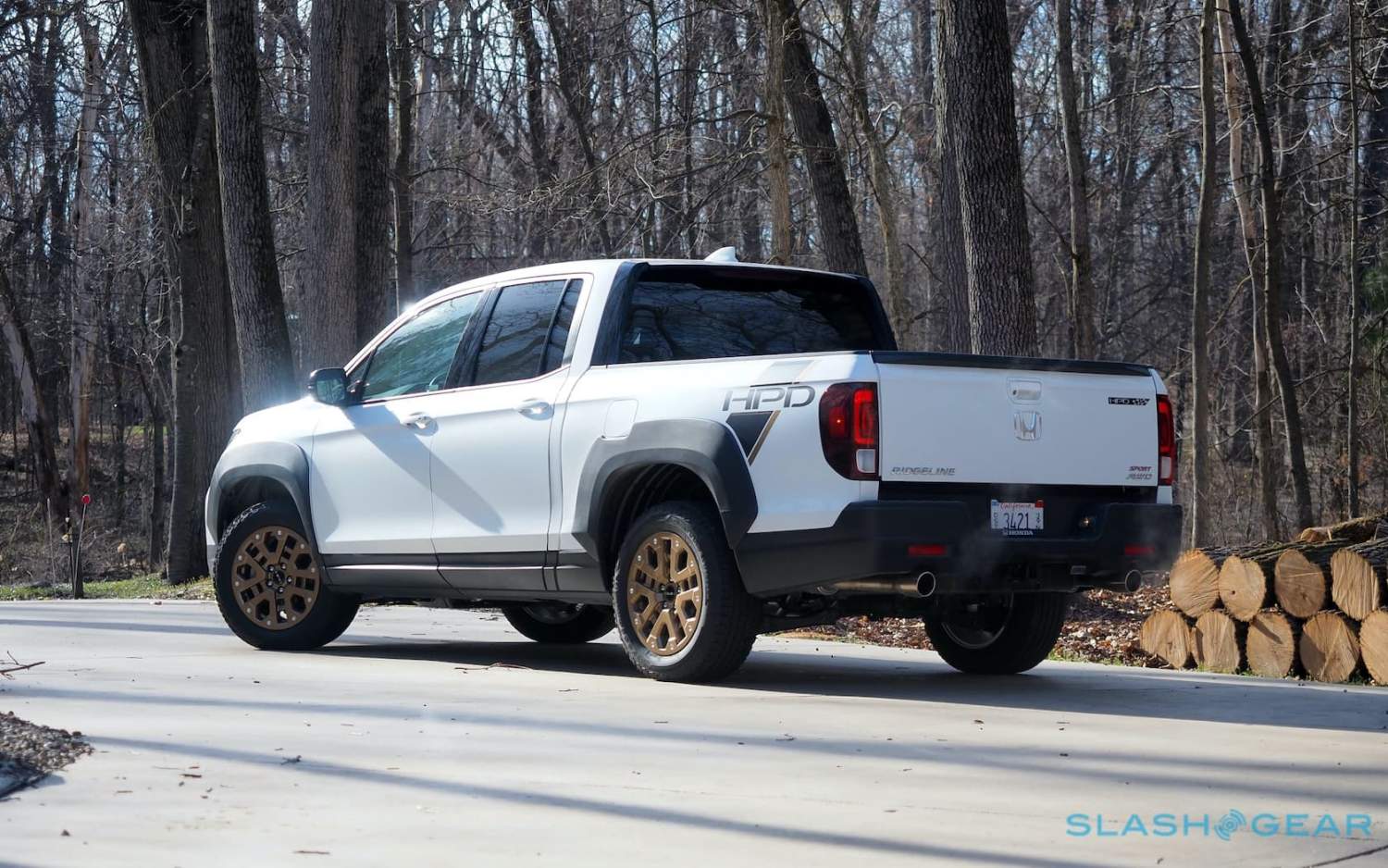 Ironically, of course, a family-minded pickup is just what the Ridgeline always has been, and what it excels at. Driving one is a reminder that trucks don’t need to be lumpy and coarse; they don’t need to wallow and flex across pockmarked asphalt. The Ridgeline’s issue was that it looked a little too much like the SUV it drove like, and so that’s what Honda has changed. 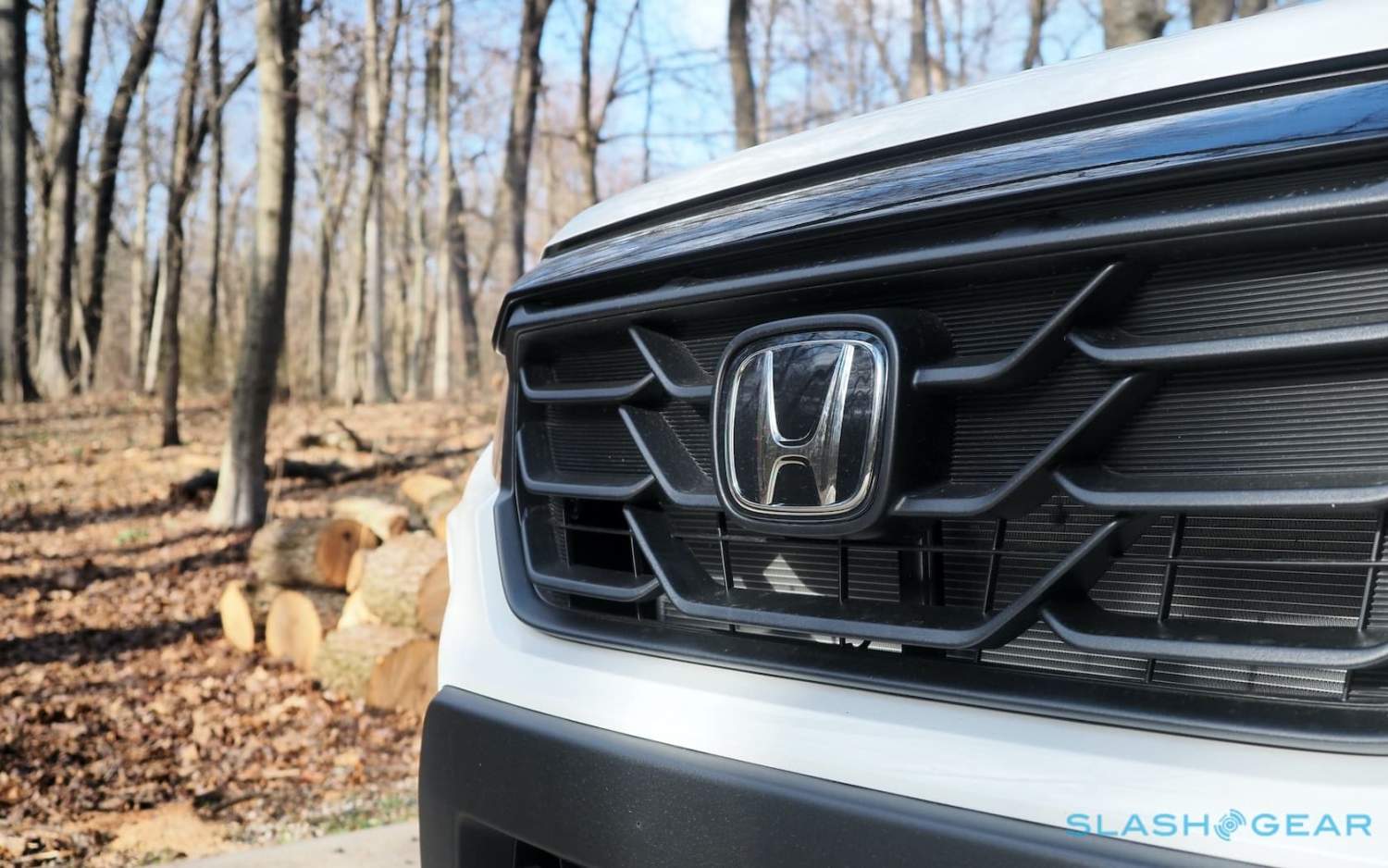 The 2021 Ridgeline gets a brand new front, with everything forward of the A-pillar redesigned. The grille is beefier and more dominant, with wider, scalloped mesh and – on some trims – a chromed strip over the top. It’s more upright, too, between new LED headlamps, while the hood bulges to emphasize the standard V6 engine. 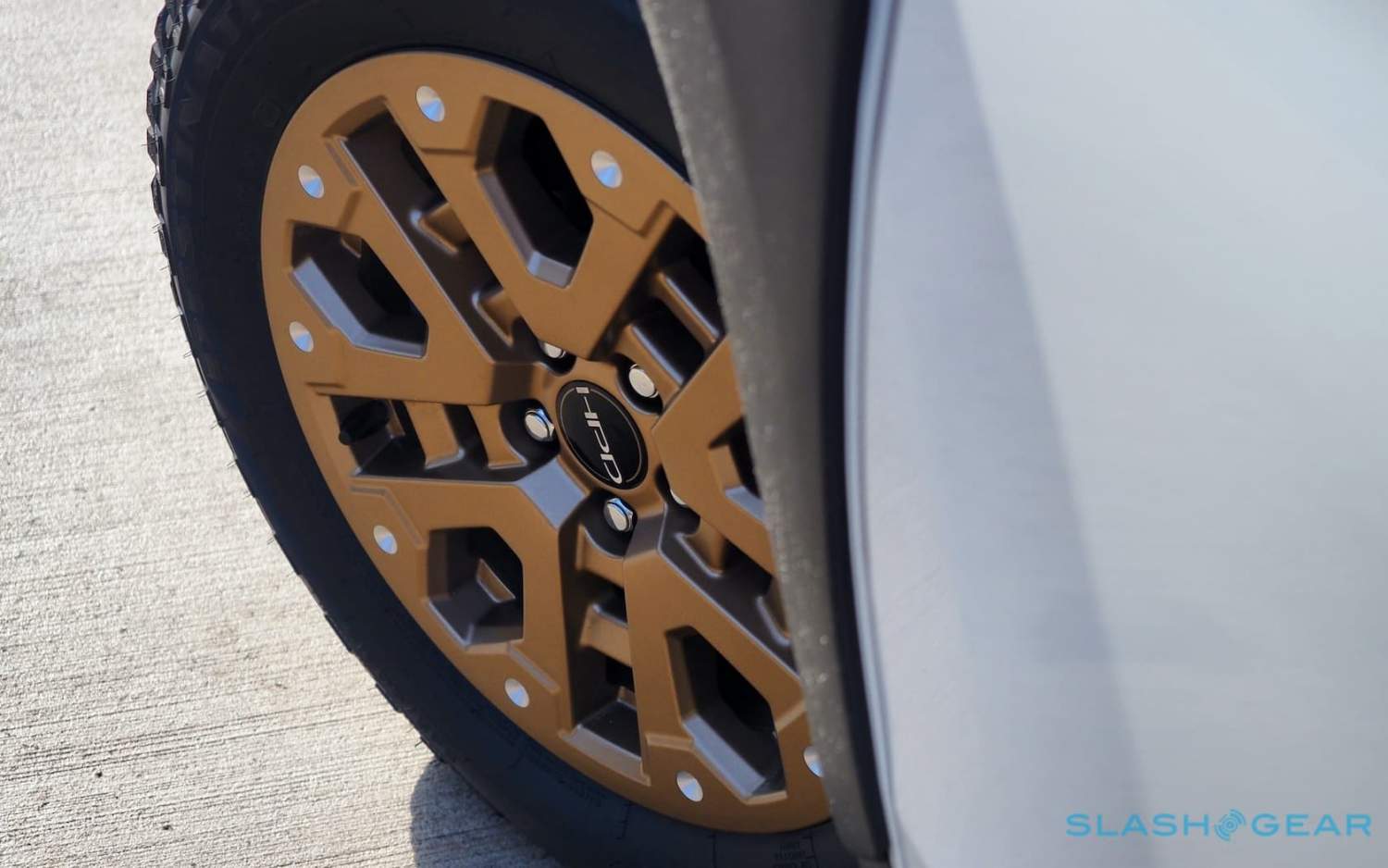 Chunkier plastic cladding for the arches and a new lower bumper add to that visual heft (Honda, ever eager to make maximum use of a change, also uses the functional side vents in that bumper to create aerodynamically-beneficial air curtains around the side of the Ridgeline). New skid plates, a new rear bumper and a 20mm wider track help keep the whole thing looking planted, meaty, and like it’s taking pickup heritage a little more seriously. 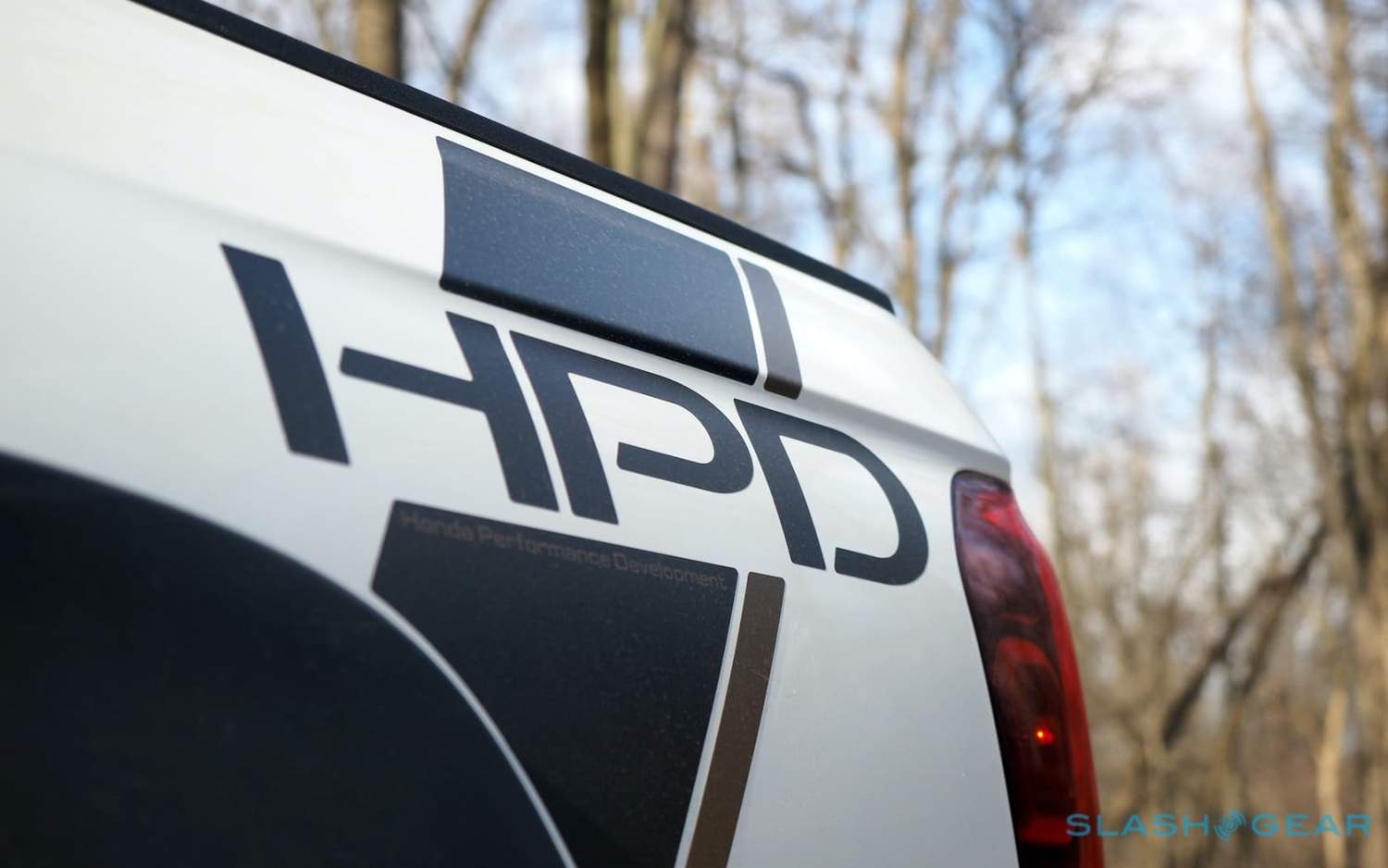 My Sport review model came equipped with the $2,800 Honda Performance Development (HPD) Package. That adds 18-inch HPD alloy wheels in a rather fetching gold, plus special fender flares, a unique grille, and – edging on a little too much for my tastes – various HPD decals and emblems. Alternatively there are more practically-minded options packs, like the $1,465 Utility Package with its running boards, roof rails, and crossbars, or the Function+ Package which, for $1,315, adds a hard tonneau cover, cargo nets for the bed and trunk, and cargo dividers. 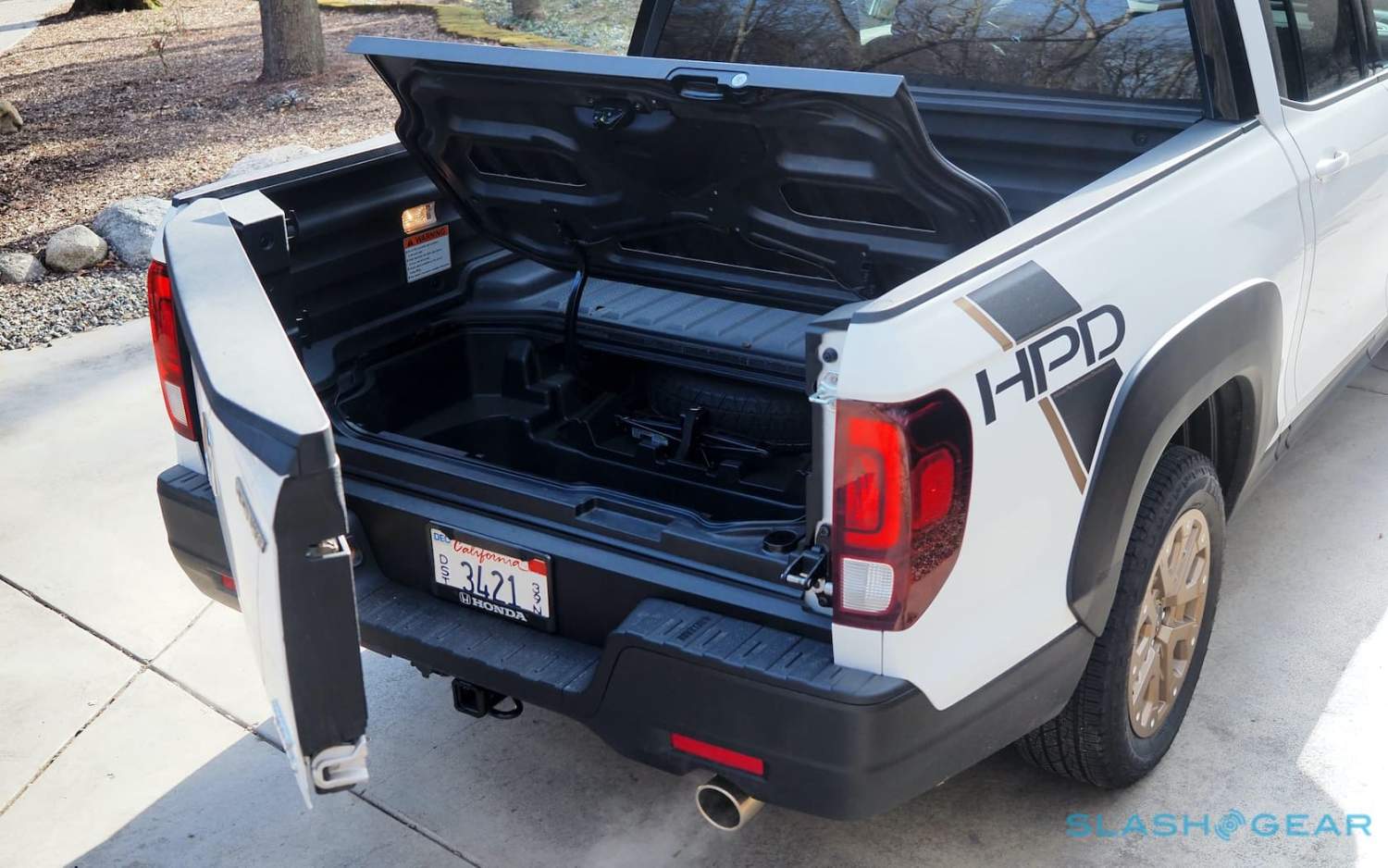 The new garb hasn’t diluted the Ridgeline’s core usability, though, and that’s what stands out most. Pickups are a playground for automakers looking to throw in some cunning cubbies and tie-downs, but the Honda arguably got that first with its imaginatively usable extras. The tailgate not only drops down but can swing out sideways, for example, while under half the bed there’s a huge trunk compartment.

You can lock the lid to that, and use it for valuables, or fill it full of ice and treat it as a massive drinks cooler. A drain port on the bottom makes emptying it easier. It’s one of my favorite pickup features, because there are times you just don’t want to have things sliding around the bed. 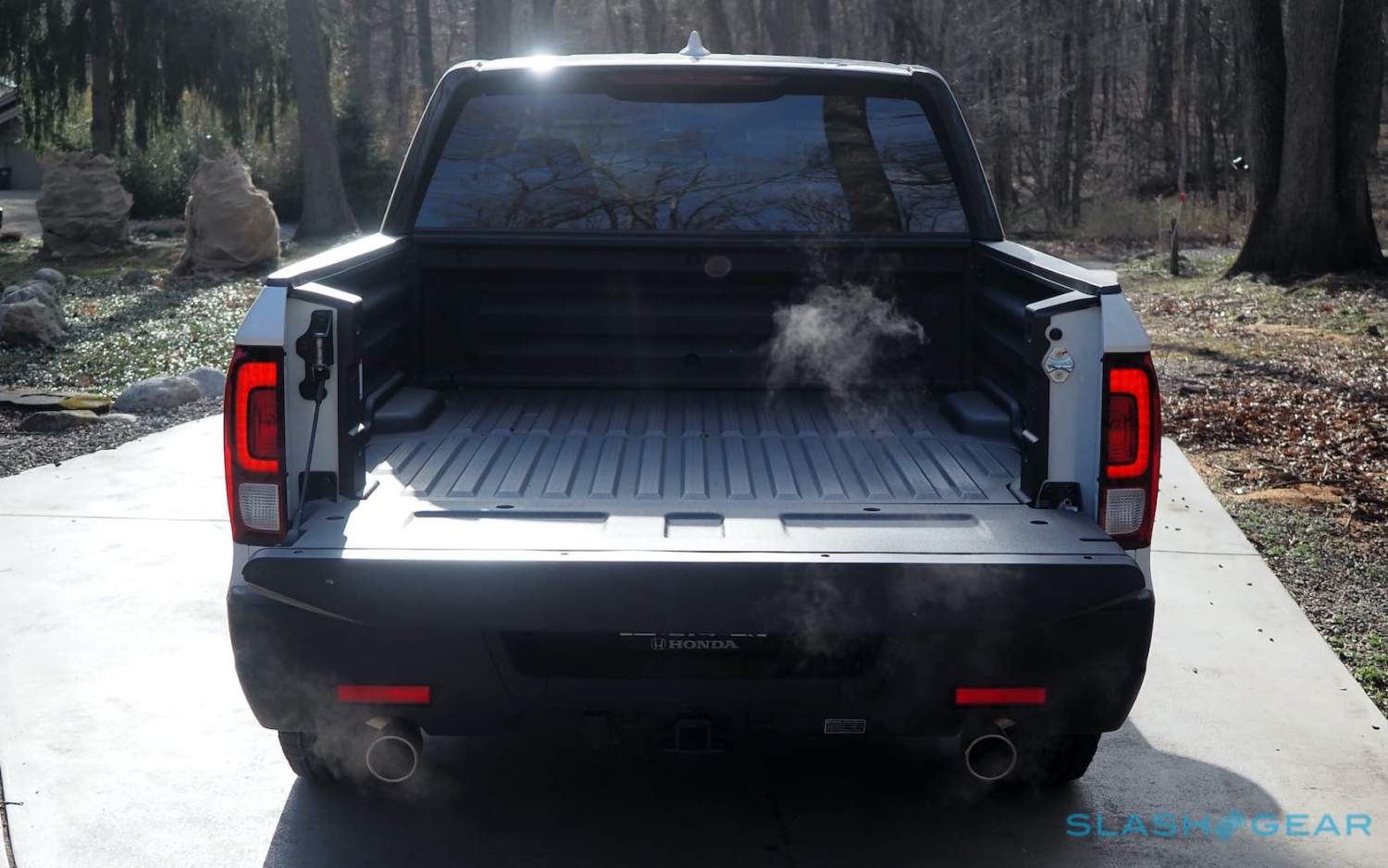 Speaking of that, the Ridgeline can handle up to 1,589 pounds of payload, and minimal intrusions into the bed mean you can lay 4 foot wide sheets of plywood down flat. For towing, it’s rated for 5,000 pounds: not as high as some rivals, no, but probably sufficient for most drivers’ requirements. RTL-E and Black Edition trims get a 150W/400W power outlet in the bed too, and all trims have bed lighting.

The other big change for the 2021 model year is the drivetrain. Gone is the front-wheel drive Ridgeline option – hence the starting price seemingly jumping up – with all-wheel drive now standard. Not just any AWD, either: it’s Honda’s iVTM-4 system, with torque vectoring. Up to 70-percent of the 3.5-liter V6’s 280 horsepower can be shifted back to the rear axle, and from there up to 100-percent of that power can be funneled to the left or right wheels depending on which has the most traction. 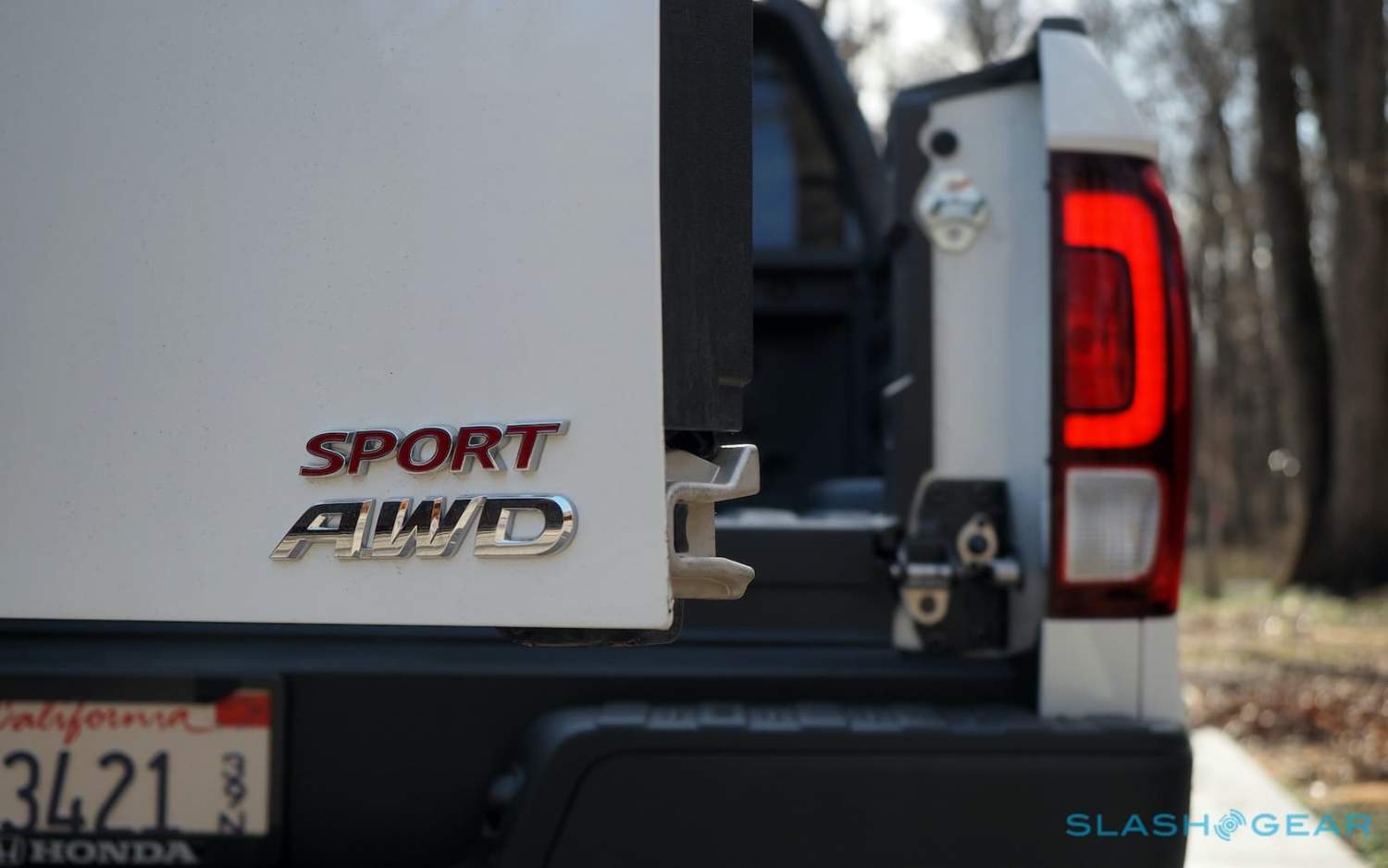 Compared to the AWD systems on rival pickups it’s positively space-age. On the road, it contributes significantly to how SUV-like the Ridgeline feels: planted and steady, with the suspension level and predictable, and none of that unexpected squirming some trucks can suffer when they’re underloaded and you suddenly gas things up. The 9-speed automatic transmission is dependable and shifts with greater urgency if you tap the button-shifter into Sport mode.

The downside, though, is that some of the more mechanically-minded settings four-wheel drive competitors have are absent. There are modes modes for different off-road conditions, yes, but the Honda lacks locking differentials and dedicated low-range gearing. 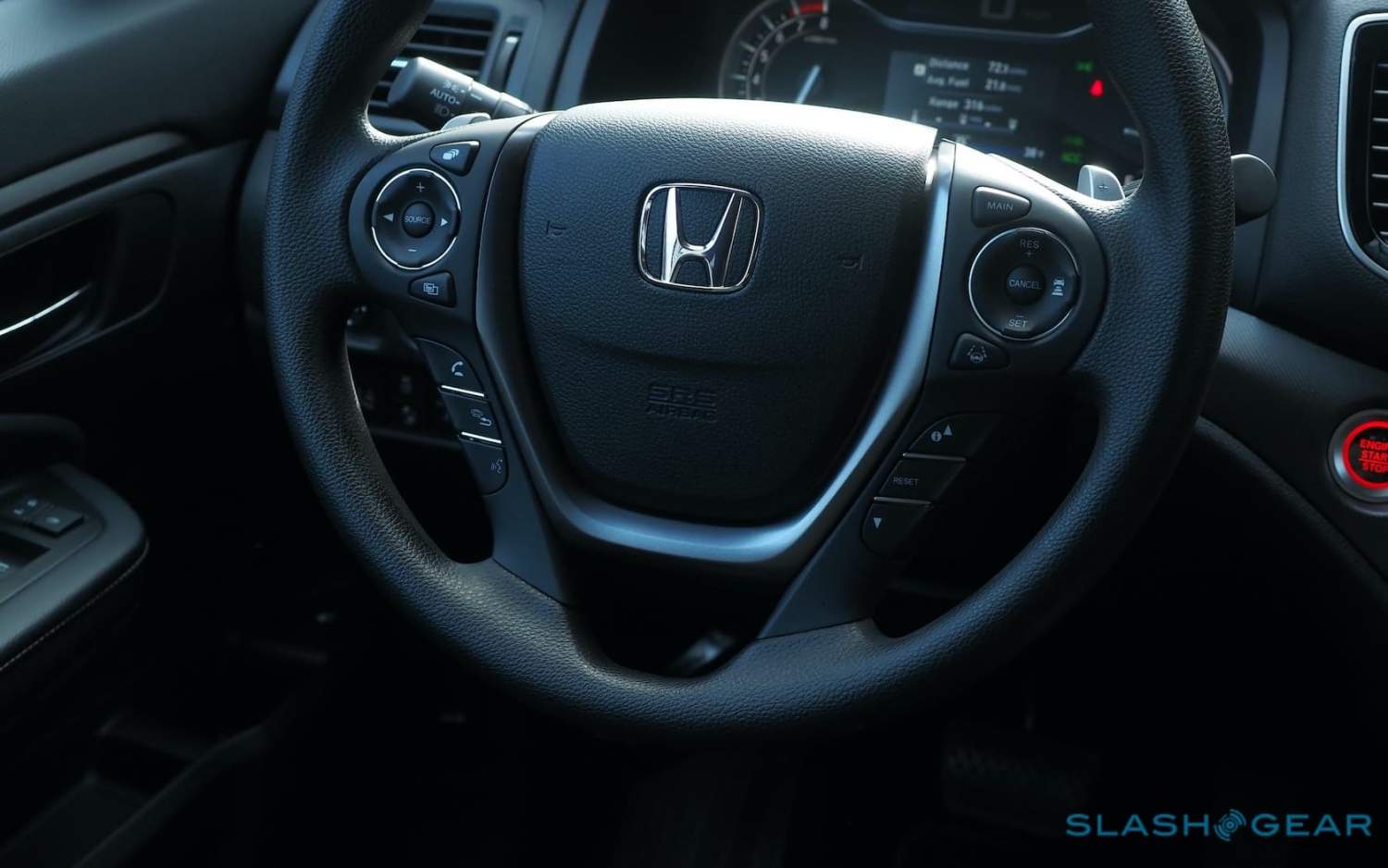 I’m of a mind that, for the target audience – and, quite frankly, most pickup drivers were they to buy with their head not their heart – this is more than enough. If your motivation to get a truck is for those occasional times you need to haul something obstinate, the Ridgeline will probably be up to the task. The rest of the time you can drive it as comfortably as you would, yes, a Pilot. 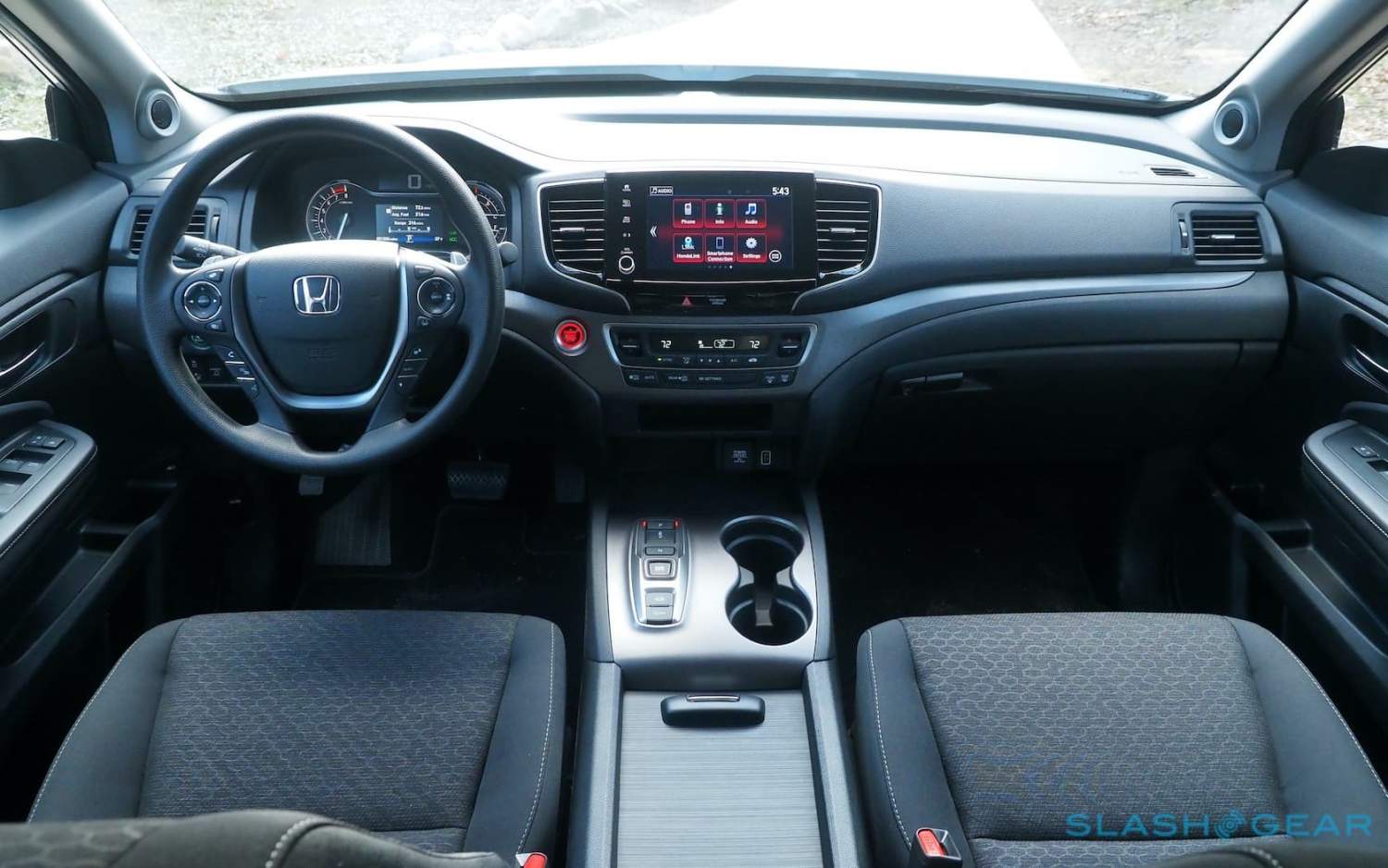 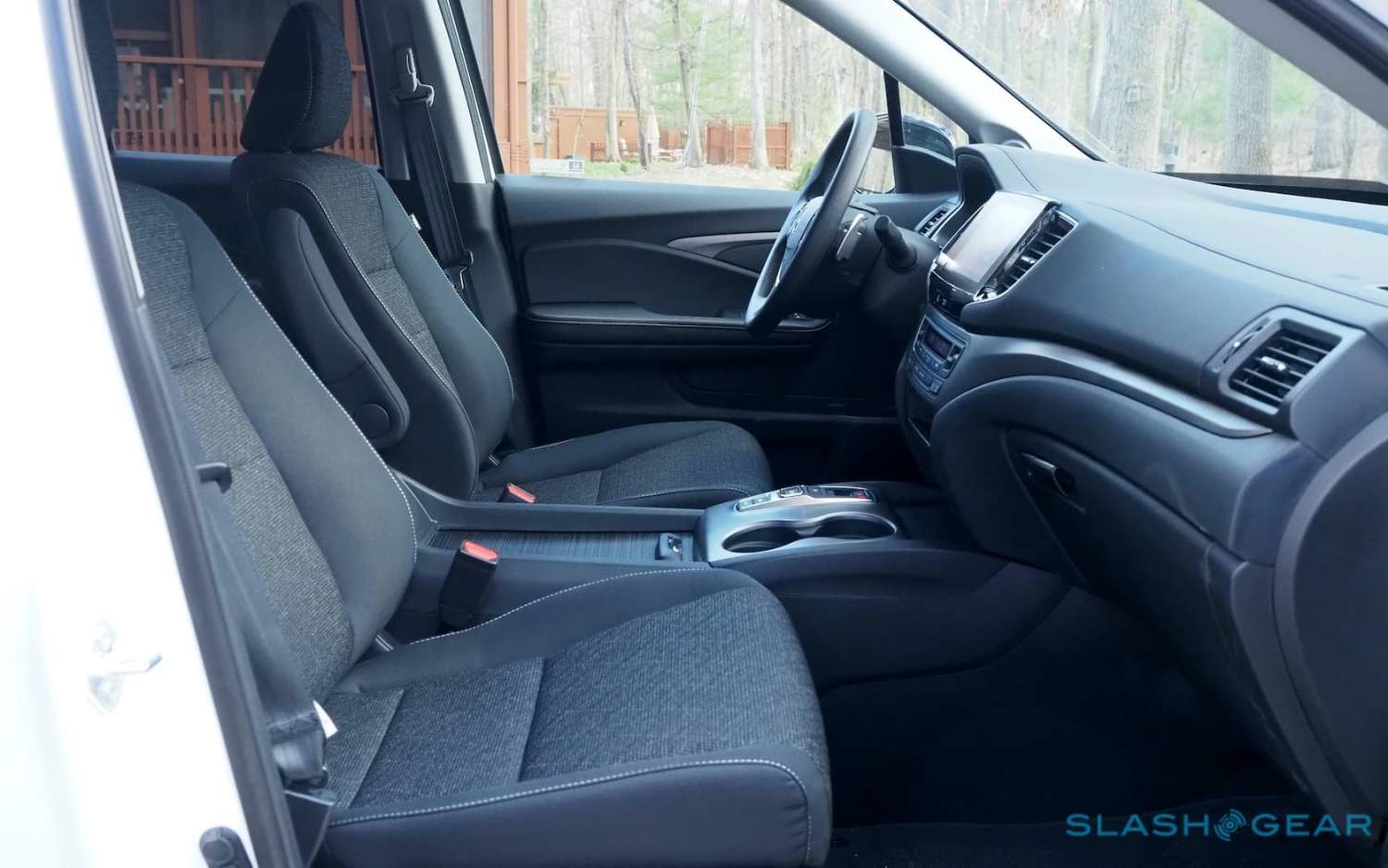 Inside, the changes are a little less dramatic. There’s new cloth seats on this Sport trim, and new accents on the dashboard, center console, and steering wheel; all Ridgeline versions get new contrast stitching on the seats. Cubbies and bins aplenty ape the bed practicality, including a huge lidded central box and big door pockets. The second row gets plenty of legroom and a useful 2.9 cu-ft box under the bench. Everything feels sturdy and reliable, though that’s not to say it’s uncomfortable or spartan. 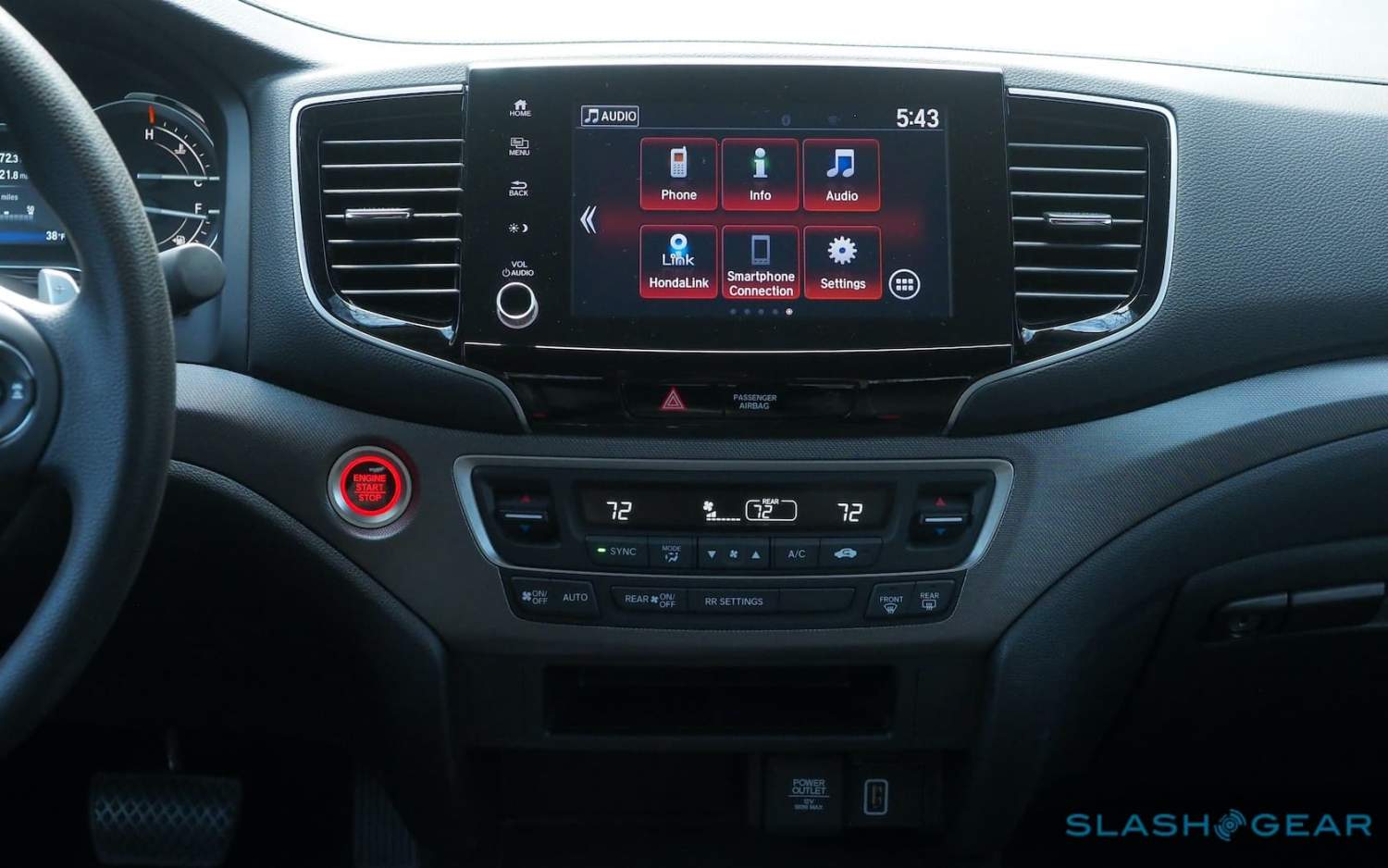 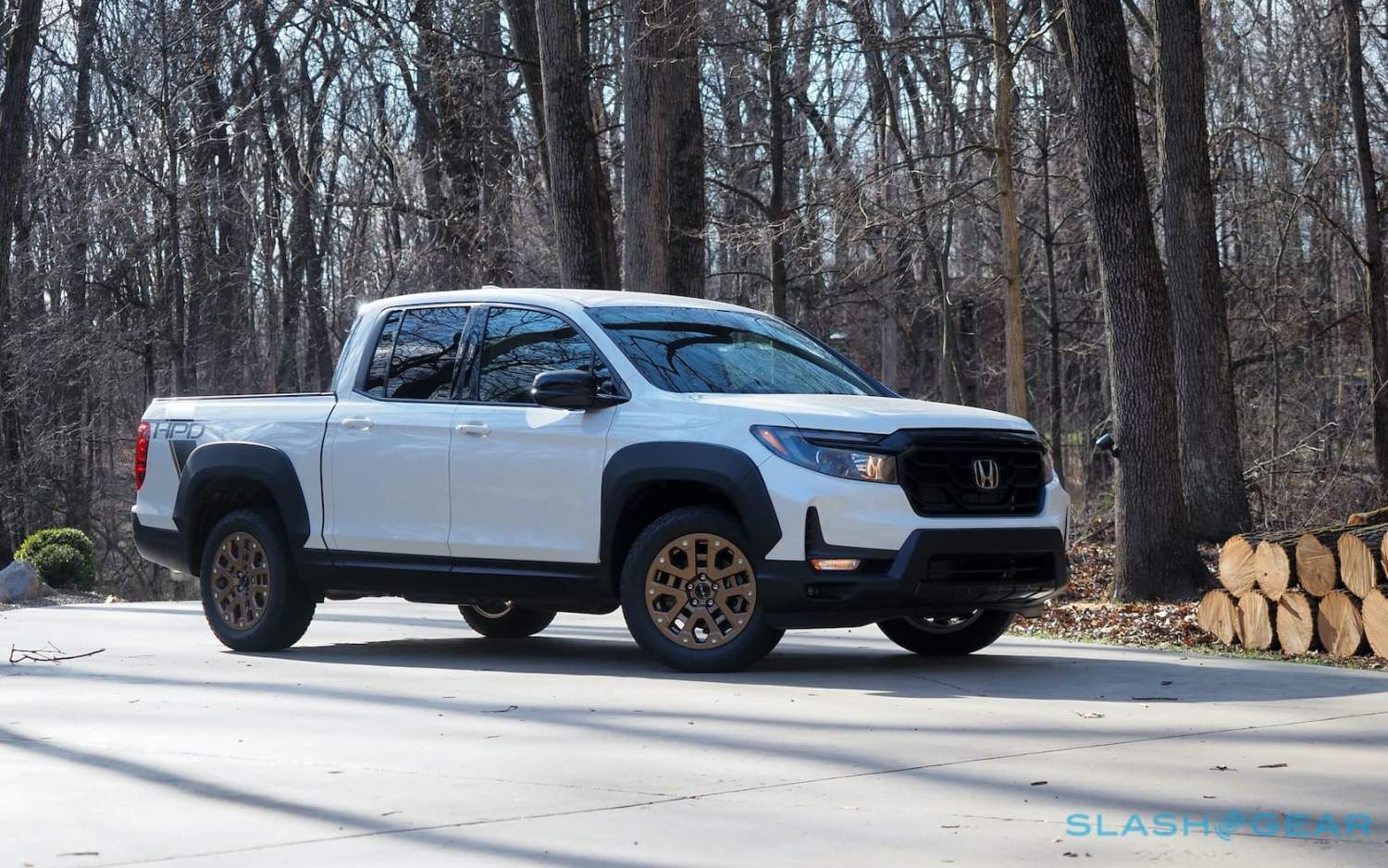 Like in the best makeover shows, you’re rooting from the Ridgeline from the start. Honda’s pickup always had most of the practicality required to satisfy everyday truck drivers. What it lacked wasn’t ability but aesthetic, and don’t let anybody tell you pickup buyers are any less swayed by that than those shopping for a sports car.

What stands out in the 2021 Ridgeline is how comprehensively Honda has addressed that while avoiding diluting any of the truck’s underlying charm. It’s eminently drivable, leaves you no more tired when you slip from behind the wheel after a long journey than a Pilot might, and its on-road dynamics are a level above what most rivals bring to the table. Potential pickup buyers who don’t genuinely consider it are doing themselves a disservice, and now they don’t have looks to excuse that oversight.