Ford has priced up the 2021 Mustang Mach 1, and there’s surprisingly good news if the limited-edition coupe has caught your eye. Slotting in between the Mustang Bullitt and the Shelby GT350, the Mach 1 doesn’t quite hit that speed itself, but the big pricing reveal does mark the 73rd anniversary of the time Chuck Yeager did.

Unveiled earlier in the year, it’s a riff on the now-familiar Mustang. Ford promised its most track-ready V8 Mustang to-date, with a 5.0-liter engine good for 480 horsepower and 420 lb-ft of torque.

It’s combined with the 6-speed manual Tremec 3160 gearbox that’s familiar from the Shelby GT350, with a short-throw shifter and rev matching. Optional will be a 10-speed automatic, though it seems positively sacrilegious to pay for that. Still, those who do will get an upgraded torque converter and unique calibration. 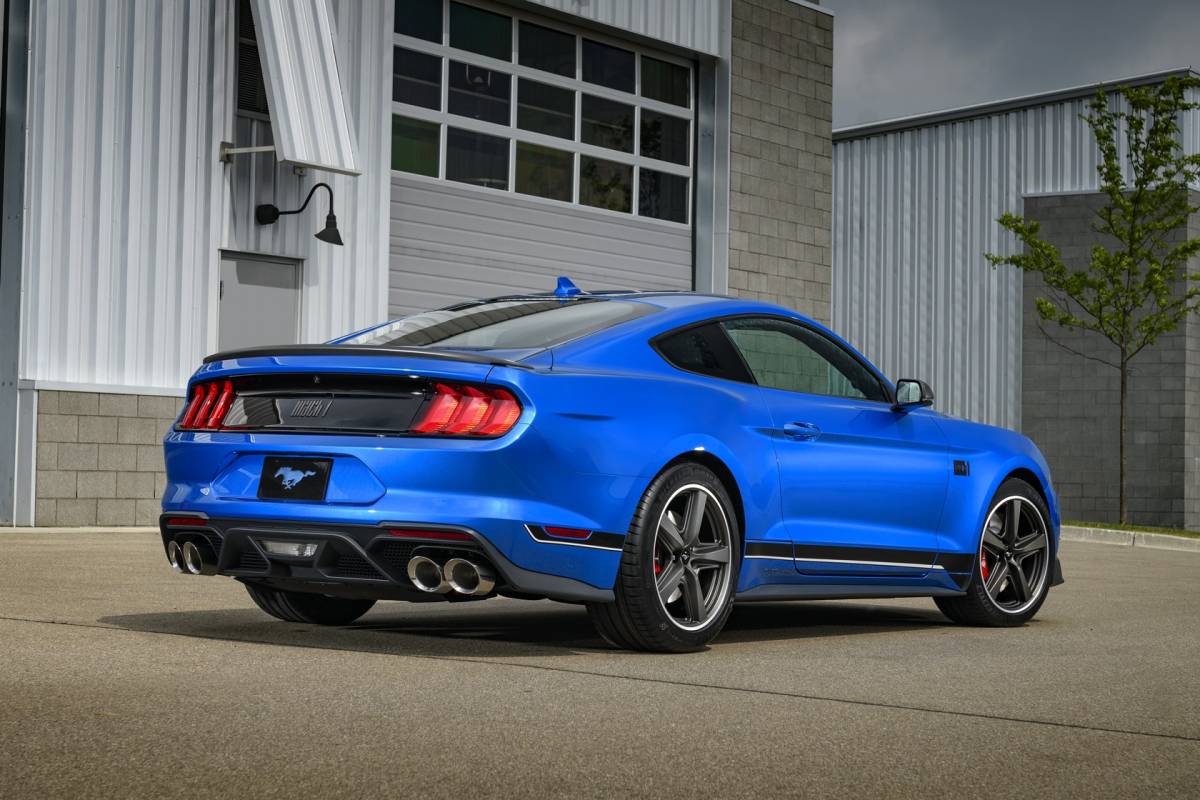 Outside, there are a few cues to show you’re driving something a little more special than the standard rental ‘stang. A deep 3D mesh has been added, along with faux lamp elements reminiscent of those on the original Mustang Mach 1. New side grilles have been added, too, and most of the exterior brightwork and trim has been changed to low-gloss Magnetic finish grey. 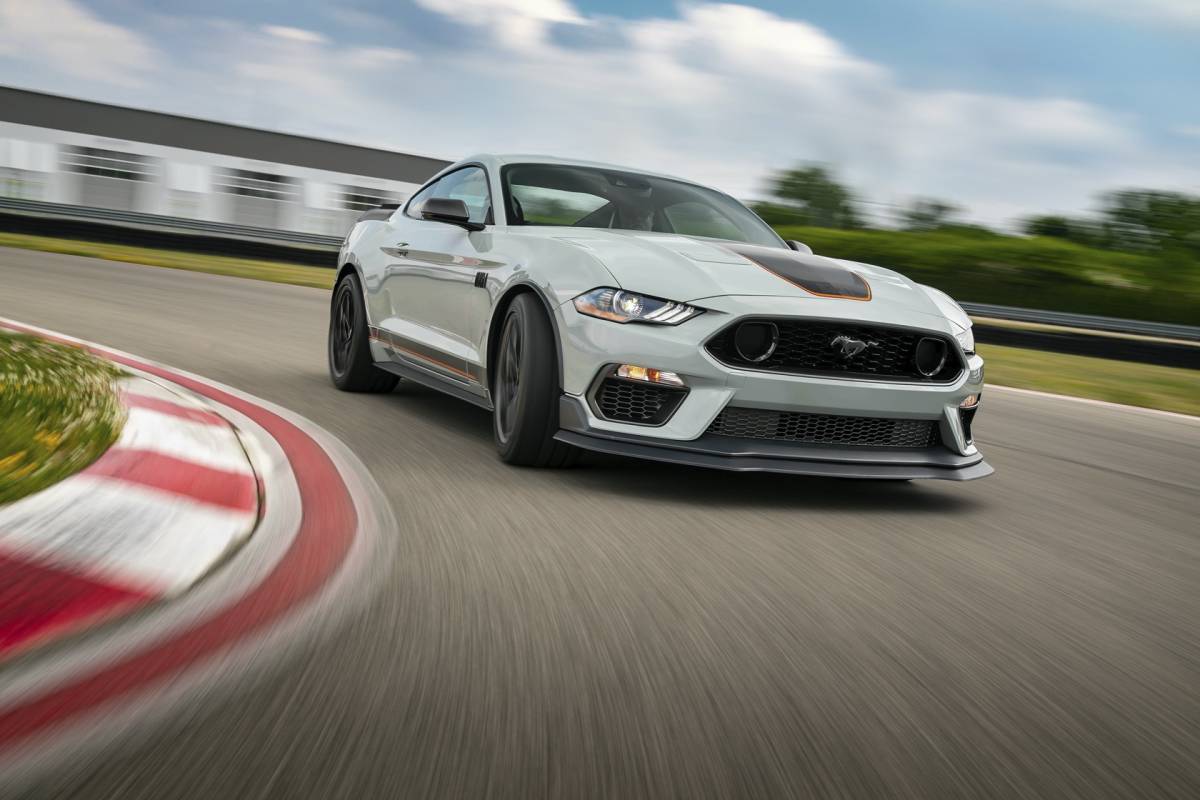 The GT500 donates its rear tire spats, and there are 19-inch wheels as standard in Tarnished Dark-painted aluminum: 19 x 9.5 and 19 x 10 respectively. A Handling Package is another good reason to go with the stick shift, with wider wheels and a higher downforce front splitter, among other changes, as it’ll be offered only with the manual car. Handling Package cars also get a special rear swing spoiler, with a gurney flap, and Ford says there’s 150-percent more downforce overall compared to the Mustang GT with Performance Pack Level 1. 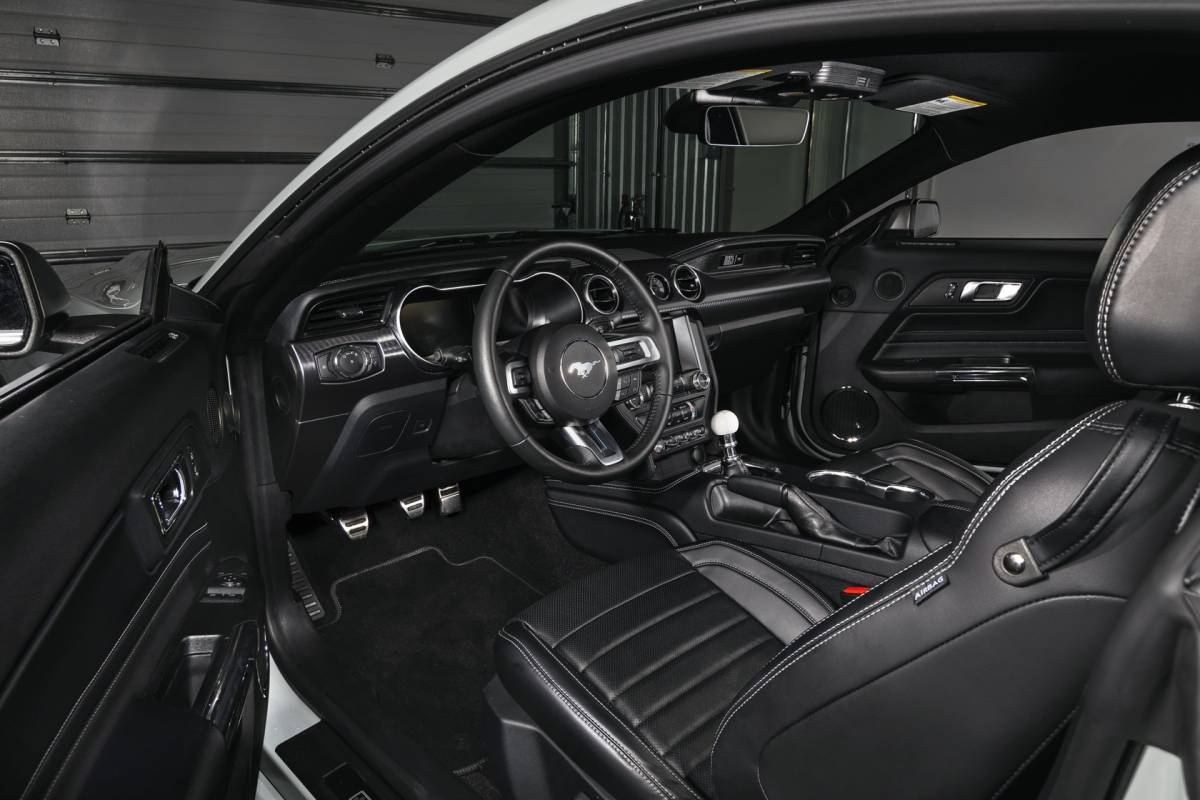 Sales will kick off from $52,915 including destination, making it around $4k more than the Mustang Bullitt. However it’s a fair sight cheaper than the GT350, which Ford has sadly discontinued.

Your money gets you new MagneRide calibration, stiffer sway bars and front springs, and the brake booster from the Mustang GT Performance Pack Level 2. There’s also extra heat exchanges and some custom color combinations which will be exclusive to the Mach 1. Inside, ebony seats have leather trim and accent detailing, and the 12.3-inch digital instrument cluster is standard. Dealer order books are open now, and 2021 Mustang Mach 1 deliveries will begin in the new year.