Ford is setting out to prove its new 2021 F-150 PowerBoost Hybrid is just as durable and reliable as its non-electrified siblings, aiming to put to rest any concerns that the upcoming pickup will need to be coddled. In a new video released today, the gas-electric truck goes through not only the same torture testing as usual, but a new, custom test designed for the PowerBoost Hybrid system too. 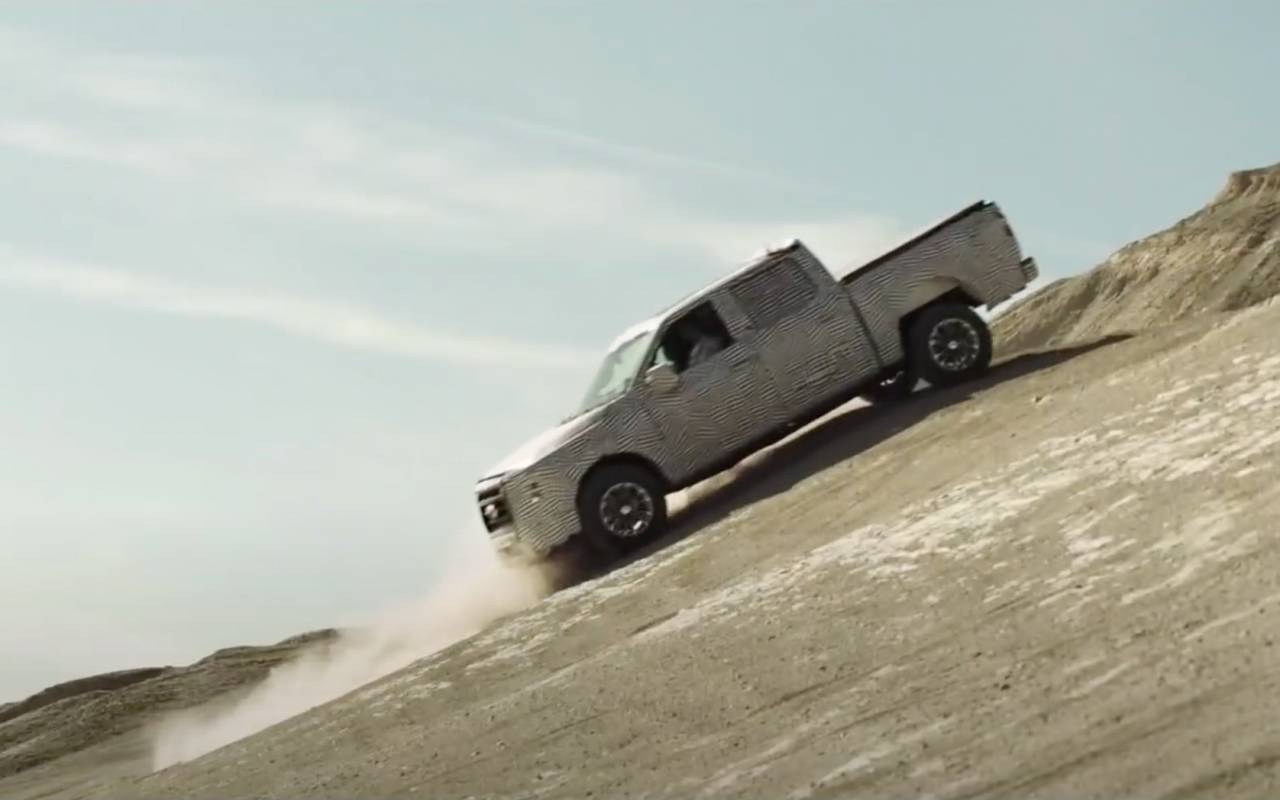 Most of the testing is, by intention, the same as a gas or diesel F-150 might face. The truck has to prove it can tow 12,000 pounds up steep inclines in high-heat situations, manage to get across tough off-road courses without issue, and survive extremes of weather and different terrains. Given the new electrification, however, part of the focus is on how rugged the hybrid system is, too.

For that, Ford built a new test that focuses on the battery pack in the truck. It’s a 1.5 kWh lithium-ion pack, liquid cooled, and mounted between the frame rails and below the load floor to avoid any cut in cabin or bed space. Ford developed a vibration isolation system for it, too, to help protect it from being shaken up in everyday use.

However shaking it is basically just what the new battery torture test sets out to do. Described as “a mechanical bull on steroids,” it can basically replicate all of the different movements that the li-ion pack can expect to face over a lifetime of use in different scenarios. Although the test itself runs for just 82 hours, Ford says during that time it effectively simulates one full life of a gas F-150.

Getting out ahead of any durability concerns isn’t new for Ford, or for the F-150 specifically. Back in 2014, having announced the redesigned 2015 model year pickup would be switching to aluminum for the truck’s body, the automaker went on a PR offensive to prove that didn’t mean the F-150 would crumple like a beer can. That included putting prototype aluminum beds to work at American gold mines, something we memorably saw up-close and in action.

The switch proved to be a fortuitous one. The F-150 kept its best-selling crown, and Ford’s decision was validated when other automakers decided to also make the shift and use more of the lightweight metal in their own trucks.

You could well argue, meanwhile, that this 2021 F-150 PowerBoost Hybrid is a taster of the really big disruption the pickup promises in the next couple of years. There’s a fully electric F-150 in the pipeline, probably the biggest change the nameplate has seen in its decades of production. Expect even more attention to get paid to how its much larger battery pack holds up in torture testing, as Ford attempts to persuade traditionalist truck-drivers that a zero-emissions F-150 can be just as compelling as the picks they’re used to.