Ford promised flexibility and better economy from the 2021 F-150 PowerBoost hybrid, and now it’s spilling the details on its EPA estimates. The 4×2 version of the V6 gas-electric hybrid has a combined estimated fuel economy rating of 25 mpg, Ford said today. In the city you can expect 25 mpg, and 26 mpg on the highway.

As for the 4×4 version of the F-150 PowerBoost V6, that has an estimated combined EPA economy figure of 24 mpg. That’s the same as its city and highway ratings.

Admittedly, it’s a fairly niche category in which Ford is claiming F-150 hybrid success. The PowerBoost V6 has the “best EPA-estimated combined fuel economy for gas-powered light-duty full-size pickups” the automaker says. Still, it puts the hybrid at the top of the list for economy among the 2021 F-150 range. 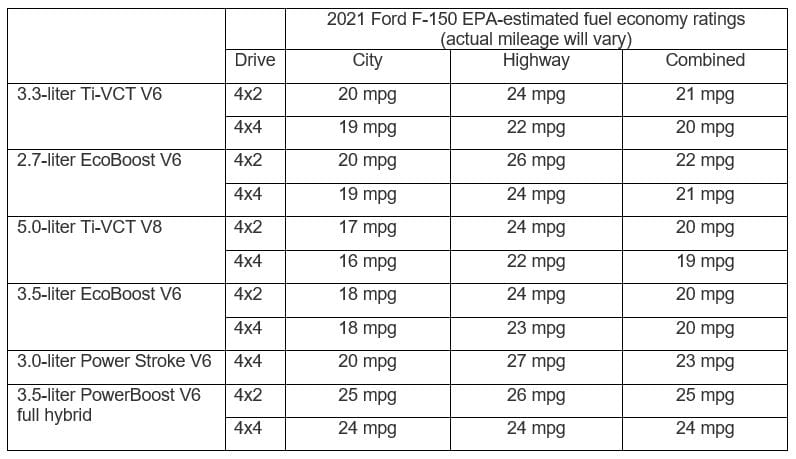 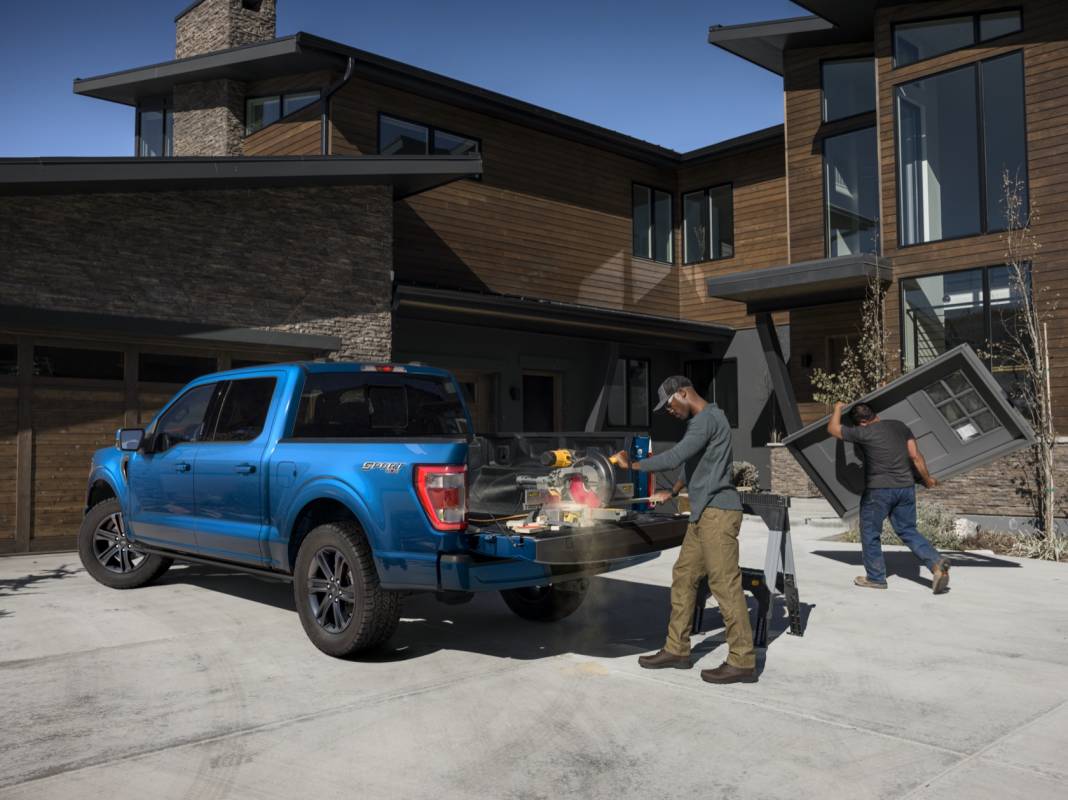 What they don’t get you, however, is the 3.5-liter PowerBoost V6 full-hybrid’s beefy onboard generator. As standard it delivers 2.4 kilowatts of power through outlets in the cabin and the bed. Optionally, though, Ford will upgrade that to a 7.2 kW version, enough to drive worksite equipment or the sort of toys you might take on a camping trip.

Those who really want to put efficiency first, though, may want to wait. There’s a fully-electric F-150 in the pipeline, the first time Ford has offered a BEV model of its truck, with a launch expected in mid-2022. Even though production hasn’t begun yet, Ford has already upgraded its plans for that, quoting “strong early interest” since the announcement earlier this year.

That will have dual electric motors for all-wheel drive, and “more horsepower and torque than any F-150 available today,” Ford has promised. Figure on mobile generator functionality too – though without the noise of a gas engine running – and more storage front and rear, while Ford is also claiming it should be 40-percent cheaper over its total lifetime costs thanks to lower running costs.