Audi has unveiled it’s Euro-spec 2021 SQ5 TDI SUV. The new model has less power than before, but it remains a speedy alternative to a boring, humdrum sedan. The new Audi SQ5 TDI remains powered by a 3.0-liter turbodiesel V6 engine with 337 horsepower and 516 pound-feet of torque. And while the outgoing SQ5 TDI has 342 horsepower from the same diesel V6, the new version still rushes to 60 mph in 5.1-seconds and has the same 155 mph top speed.

The revised 3.0-liter TDI V6 motor has forged steel piston, stronger fuel injectors with piezo sensors, and an indirect water/air intercooler housed neatly inside the ‘V’ of the engine. It also has a smaller and lighter turbocharger that spools quicker than before. 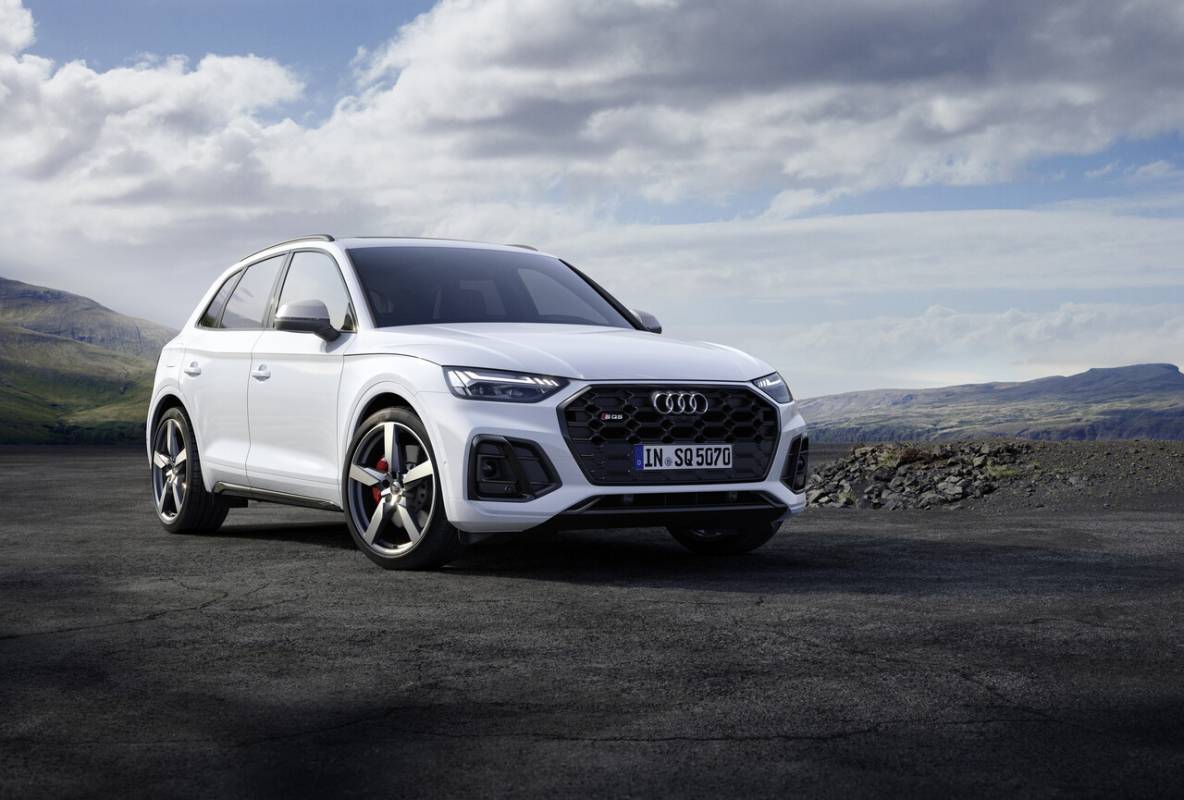 The 2021 Audi SQ5 TDI is also a mild hybrid similar to the Audi RS6 Avant. It has a 48-volt mild-hybrid system consisting of a belt alternator-starter and a small lithium ion battery pack. The hybrid system allows the SQ5 TDI to coast for up to 40 seconds with the gas engine switched off. According to Audi, the system reduces fuel consumption by up to 0.7-liters (0.2 U.S. gallons) per 60 miles. 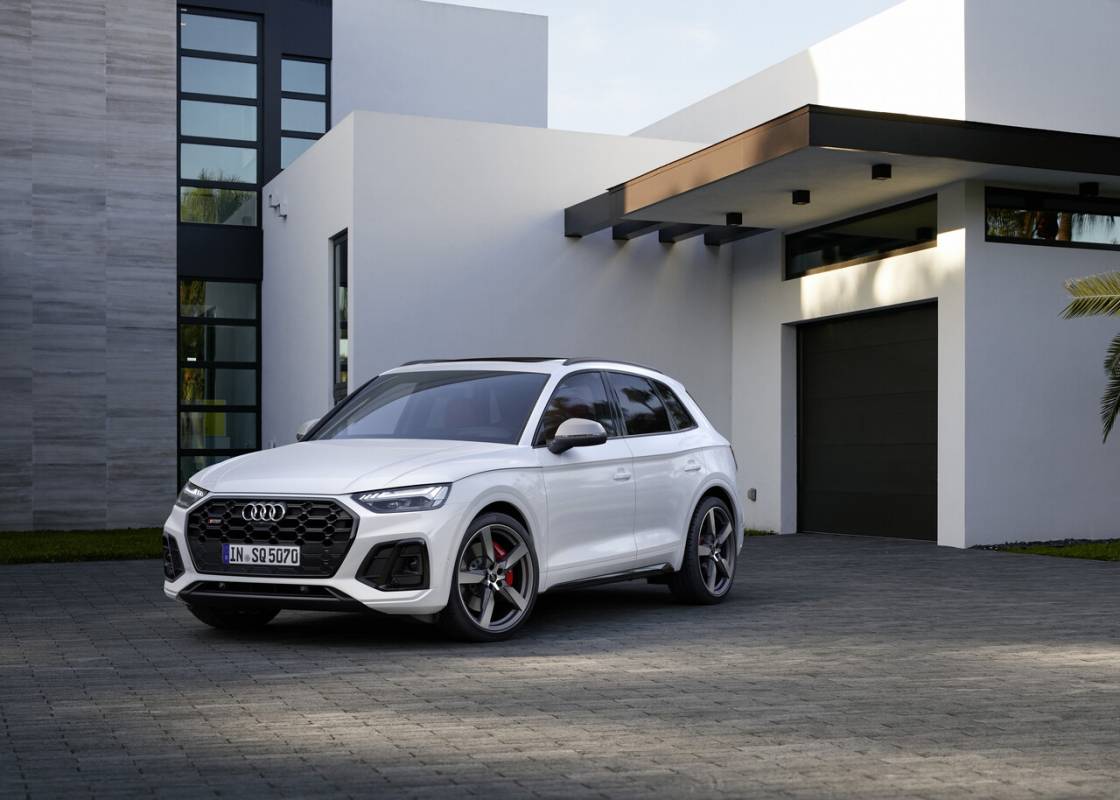 Also, the 48-volt mild hybrid system powers the electric turbocharger via a small electric motor. The system can rapidly spool the turbocharger to 65,000 rpm in 300 milliseconds during low boost scenarios. The result is better agility and instantaneous torque response. The powertrain is governed by an eight-speed automatic gearbox driving all four wheels via Audi’s permanent Quattro AWD system. The drivetrain splits the power by 40:50 front-rear in normal driving, and can send up to 75- percent to the front or 80-percent to the rear during spirited driving. 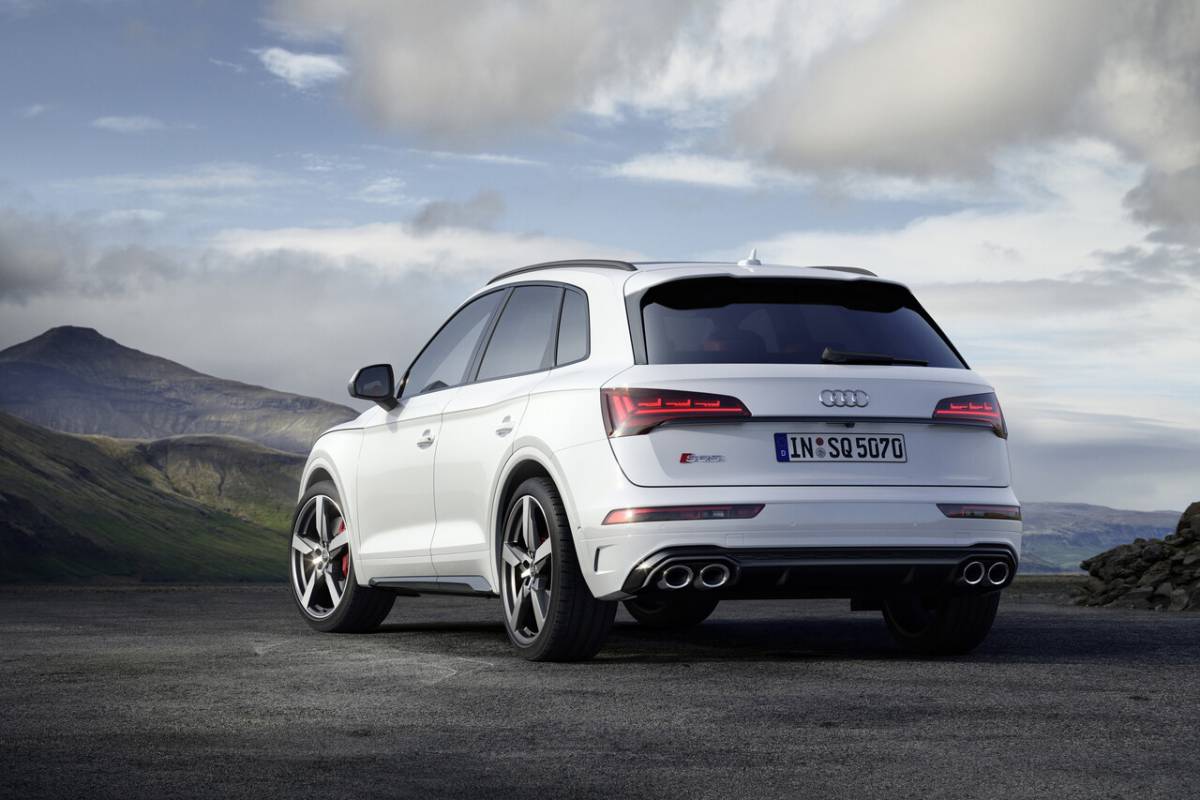 The new Audi SQ5 TDI has a slightly refreshed fascia similar to the gas-powered 2021 Audi Q5. It has larger air inlets on the front bumper, sharper LED headlights, and an octagonal Singleframe grille with aluminum trimmings. Meanwhile, the rear gets new taillights (digital OLED taillamps are optional) and four oval exhaust tips. 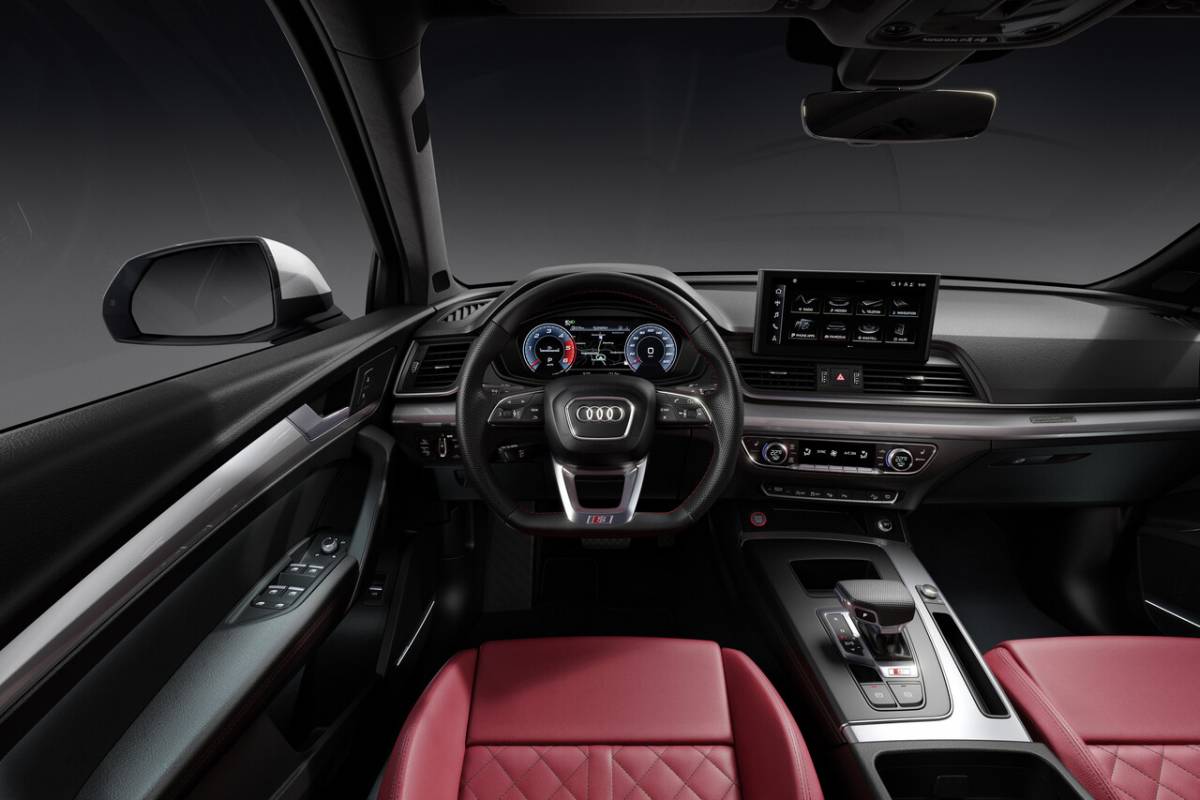 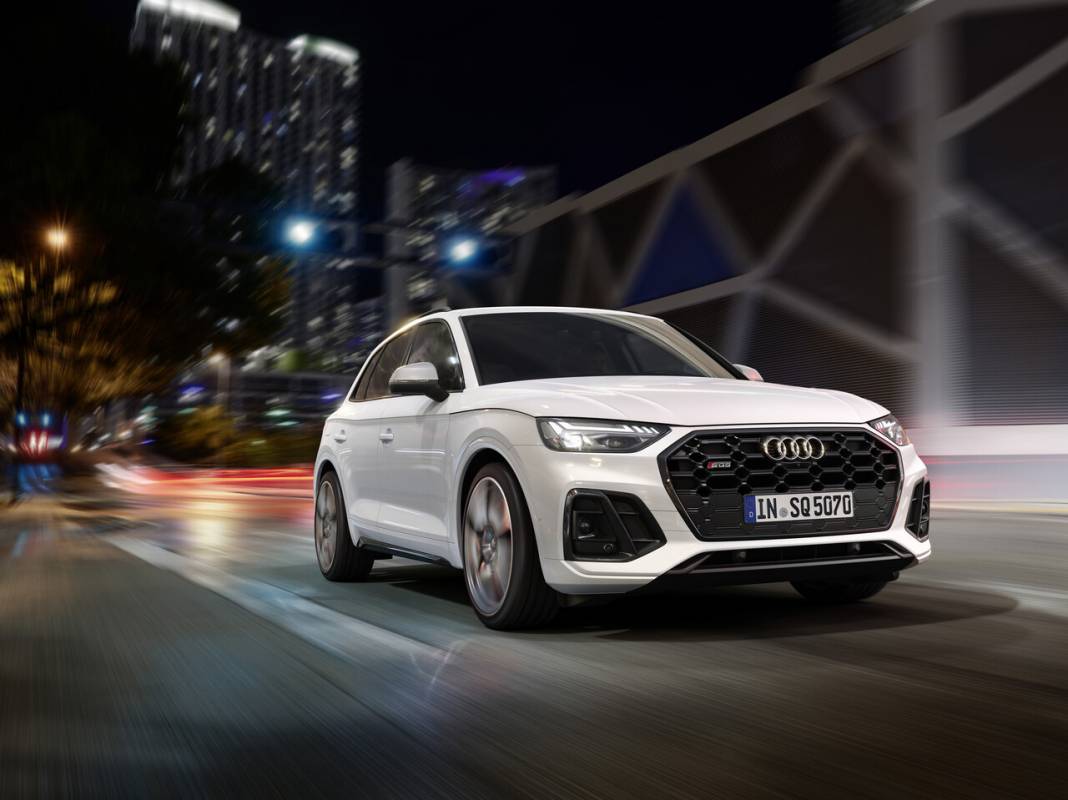