When Acura says listen to the 2021 TLX, you listen good

“You can listen to it, but you can’t drive it” is not normally what you want to hear when you’re faced with a brand new sports sedan like the 2021 Acura TLX. After all, our biggest question about the new TLX is whether it’ll drive as well as it looks, with its Acura Precision Concept and Type S Concept inspired design.

It is, sadly, too early for Acura to allow us to actually experience either the 2.0-liter turbo inline-4 or 3.0-liter dual-scroll turbo V6 that will propel the 2021 TLX when it arrives in dealerships this fall. What the automaker would do, though, is bring the sedan along so I could get a taste of something equally impressive when the handbrake is still on. 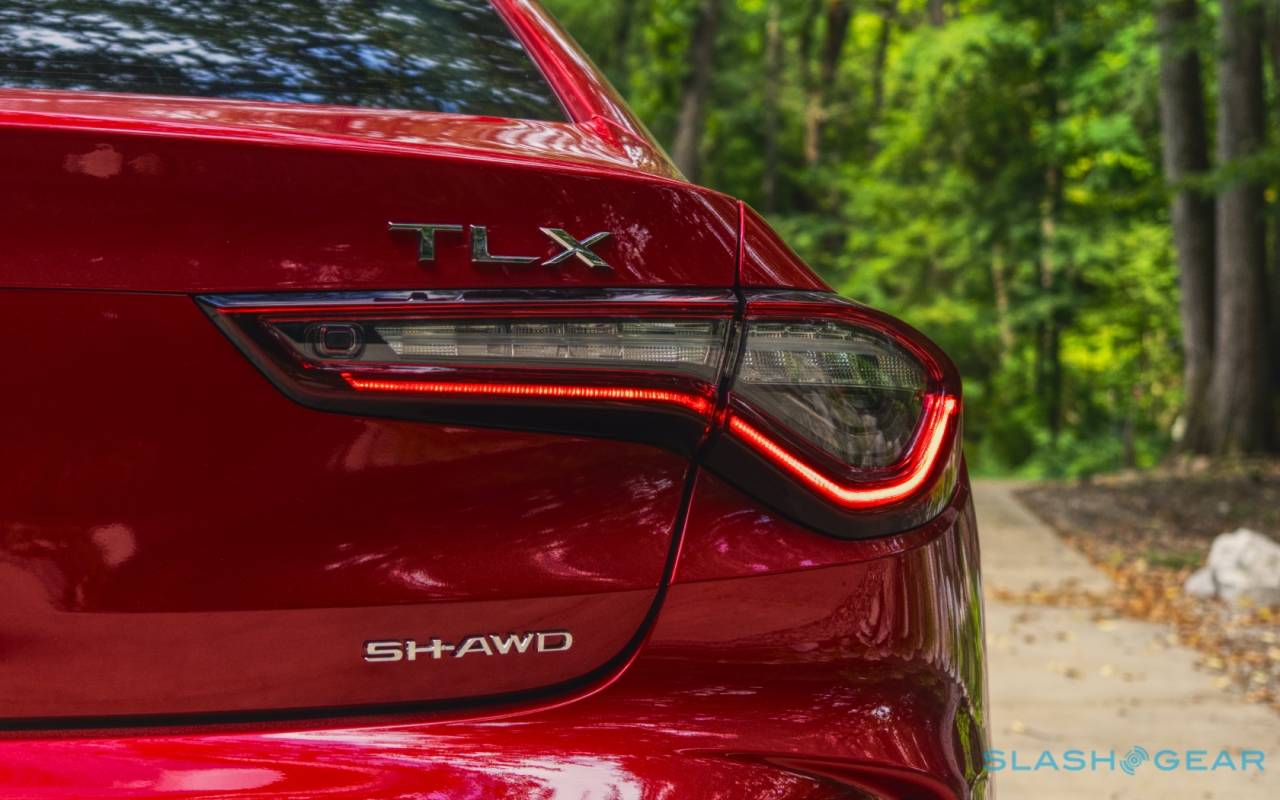 The new TLX will feature an ELS Studio 3D Premium Audio System, a version of the system already offered in the RDX crossover. Powered by Panasonic, it’s a 17 speaker, 710W system with 3D sound that includes drivers over your head as well as wrapping around you. On paper that can seem like overkill; in the TLX cabin, I can tell you, it’s anything but. 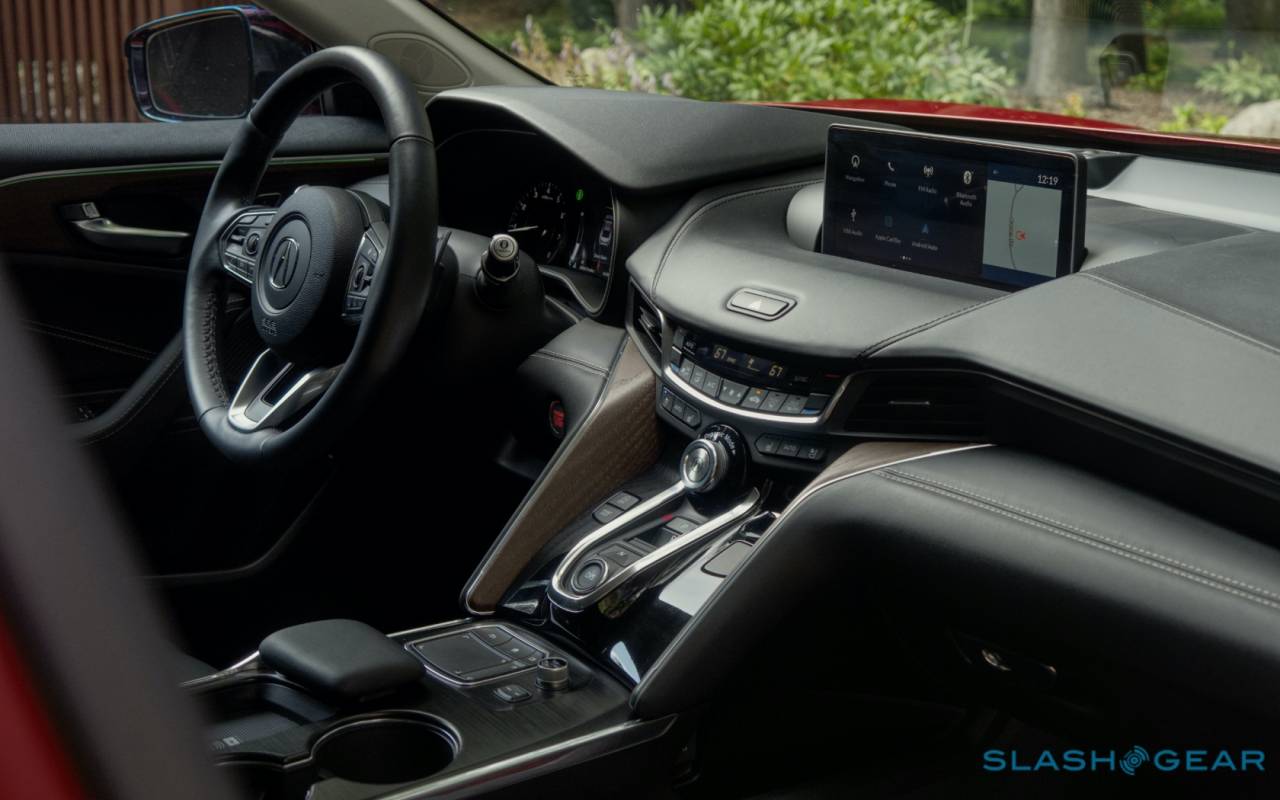 The ELS audio system was a big deal for Acura in the RDX, but it couldn’t be carried over straight into the new TLX. Instead, the second-generation sports sedan presented new hurdles for delivering power without encountering interference or unwanted reverberation. Fixing them actually involved adding an extra speaker.

The big problem, Acura and the ELS team discovered, was the subwoofer. In the RDX, that can be mounted in the trunk and burble away happily to itself, but when they tried the same in the TLX it ended up causing rattle. The answer was replacing one subwoofer with two: a pair of 5.12-inch Twin Telford high-excursion speakers that are mounted at either extreme of the rear shelf. By tilting each driver inward, at a precise 13.5-inch angle, you get lashings of bass but all the vibrations cancel each other out. 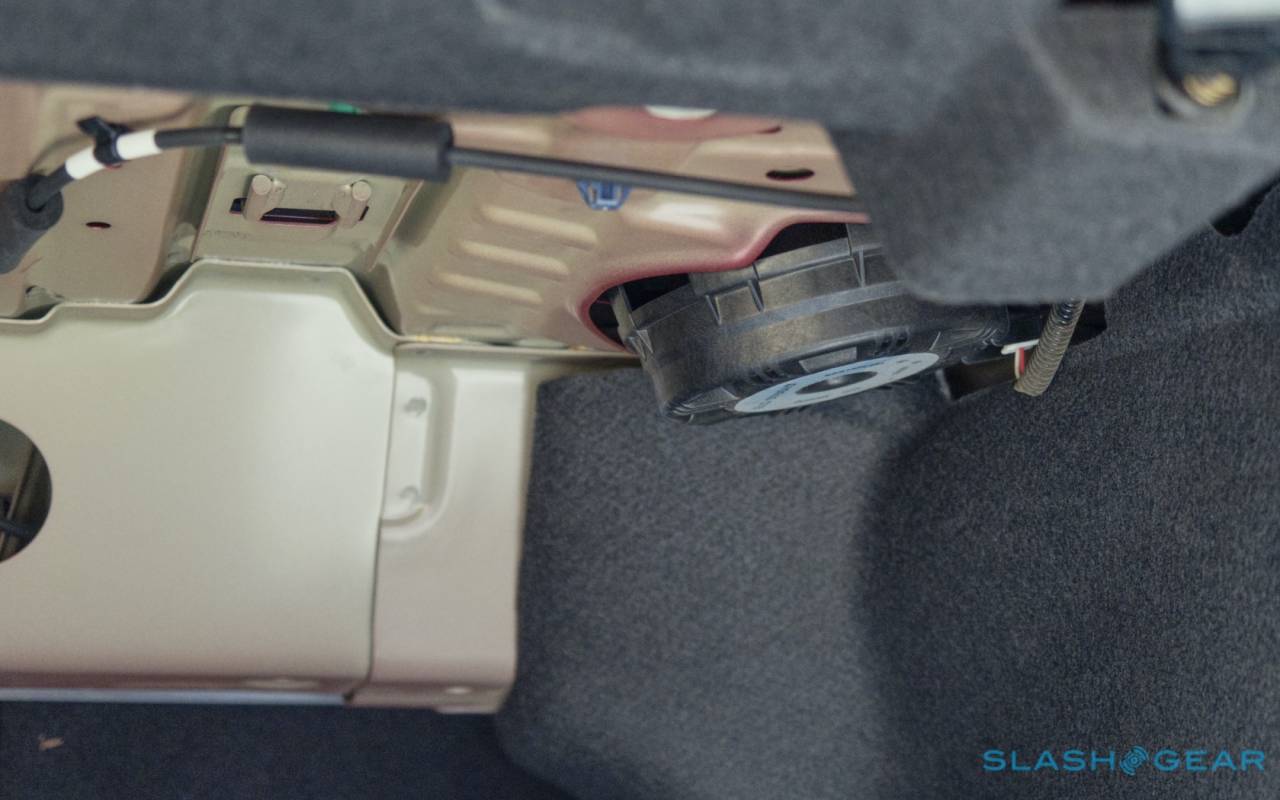 That still leaves 15 speakers to accommodate, and so Acura squeezes them all around the cabin. There are speakers in the doors, in the dashboard, and even in the headlining above you. There, the four overhead drivers add a sense of 3D height – with the right encoded tracks, at least – to your music.

The encoding part is the key, of course. For a start, like with any upscale audio system you’ll want to feed it with the highest-resolution tracks you can find. Think Tidal, Amazon HD, or other high-bitrate options: 128 kbps MP3s aren’t exactly going to shine. 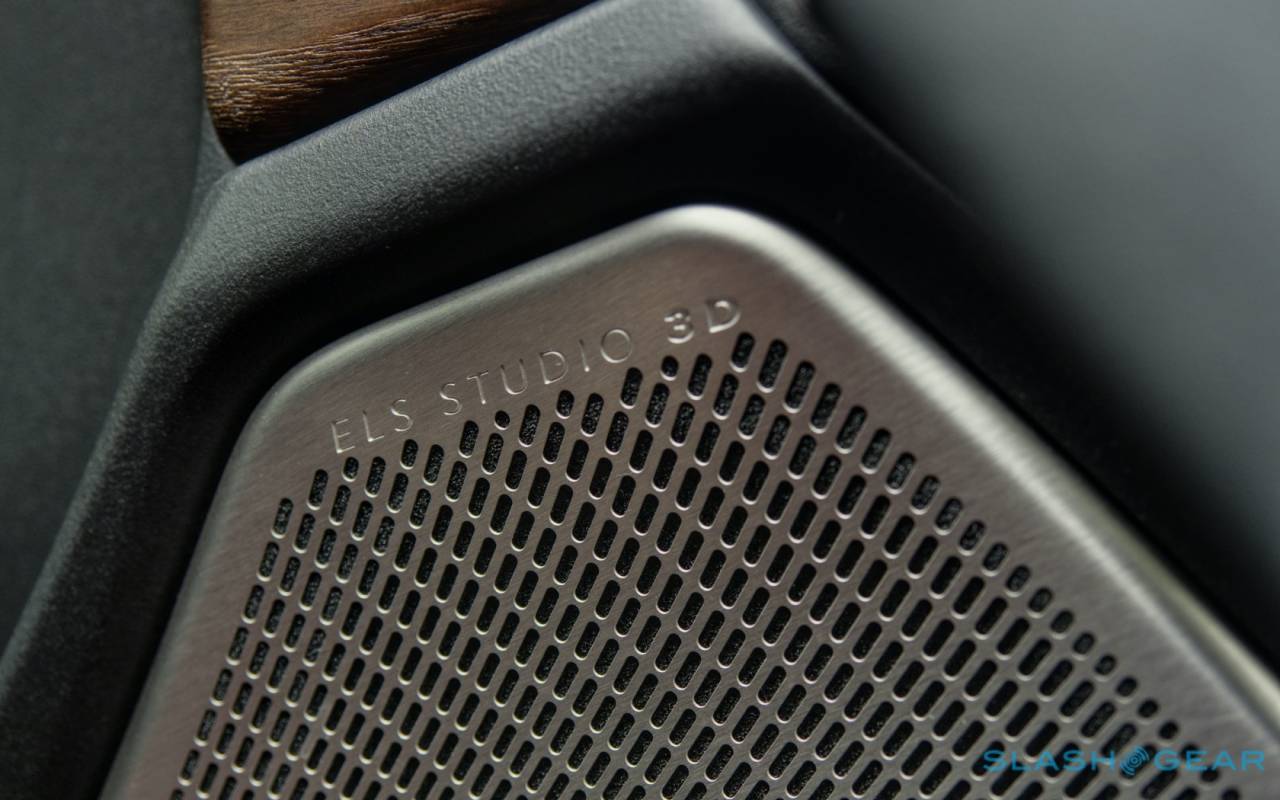 Since the 2021 TLX supports Apple CarPlay and Android Auto, it’s fairly easy to get those tracks to play once you’ve located a source for them. Or, you can plug in a USB drive with music files into the USB port under the center armrest. Though the TLX’s 10.2-inch infotainment display is within arm’s reach atop the dashboard, it’s not actually a touchscreen. Instead, you use the touchpad in the center console.

Acura says it’s more ergonomic and safer on the road, though while that may be true in theory I suspect our general familiarity with touch interfaces these days tips things in their favor. At least the TLX isn’t short on physical controls, with a dedicated volume knob, track skip keys, full HVAC and heated/cooled seat buttons, and a large central knob for switching drive modes. 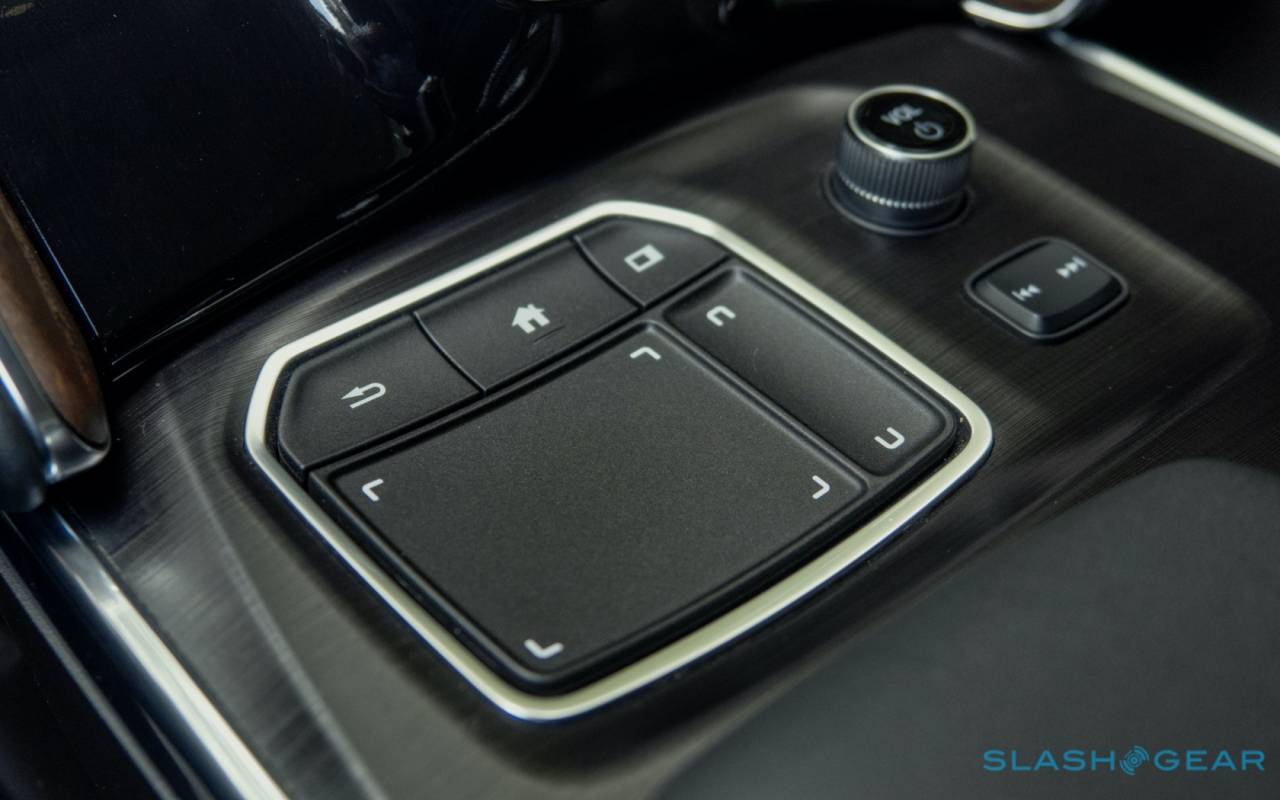 The ELS team had prepared a USB drive of high-resolution tracks to get me started, spanning a variety of genres: everything from Queen to Dire Straits to Diana Krall to Missy Elliot. The TLX’s system is at its most dramatic when you feed it with 5.1 surround sound mixes, with the potential for music that not only swoops around you but over your head, too. It’s faintly astonishing when you hear it the first time, and though I initially suspected it might be a little gimmicky, you quickly find yourself hunting for more examples to enjoy. 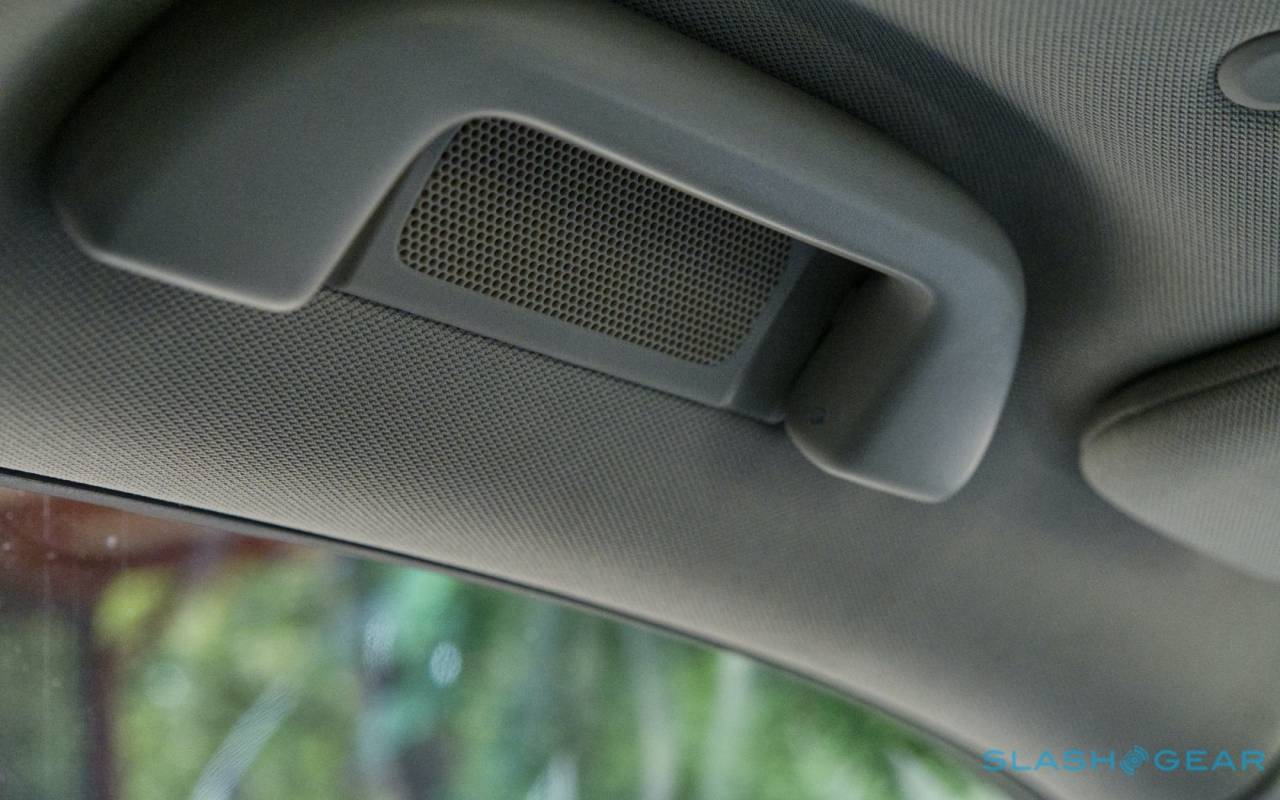 The reality is that even high-resolution audio sources probably won’t have much 3D audio of that sort, and so I was more curious as to how the new TLX’s system would hold up to tracks I was familiar with. Rob Dougan’s “Clubbed to Death” and “Furious Angels” proved to be explosive and rumbling, his crunchy-throated vocals piercing through the relentless mechanistic baseline familiar from the Matrix movies.

With all the attention paid to those subwoofers, I figured Billy Eilish’s “Bury a Friend” would be suitably low-end rich. When the bass hits it’s enough to send shudders through any ill-prepared audio system – not to mention highlight loose trim – and usually I just have to turn it down because most cars just aren’t up to the task. 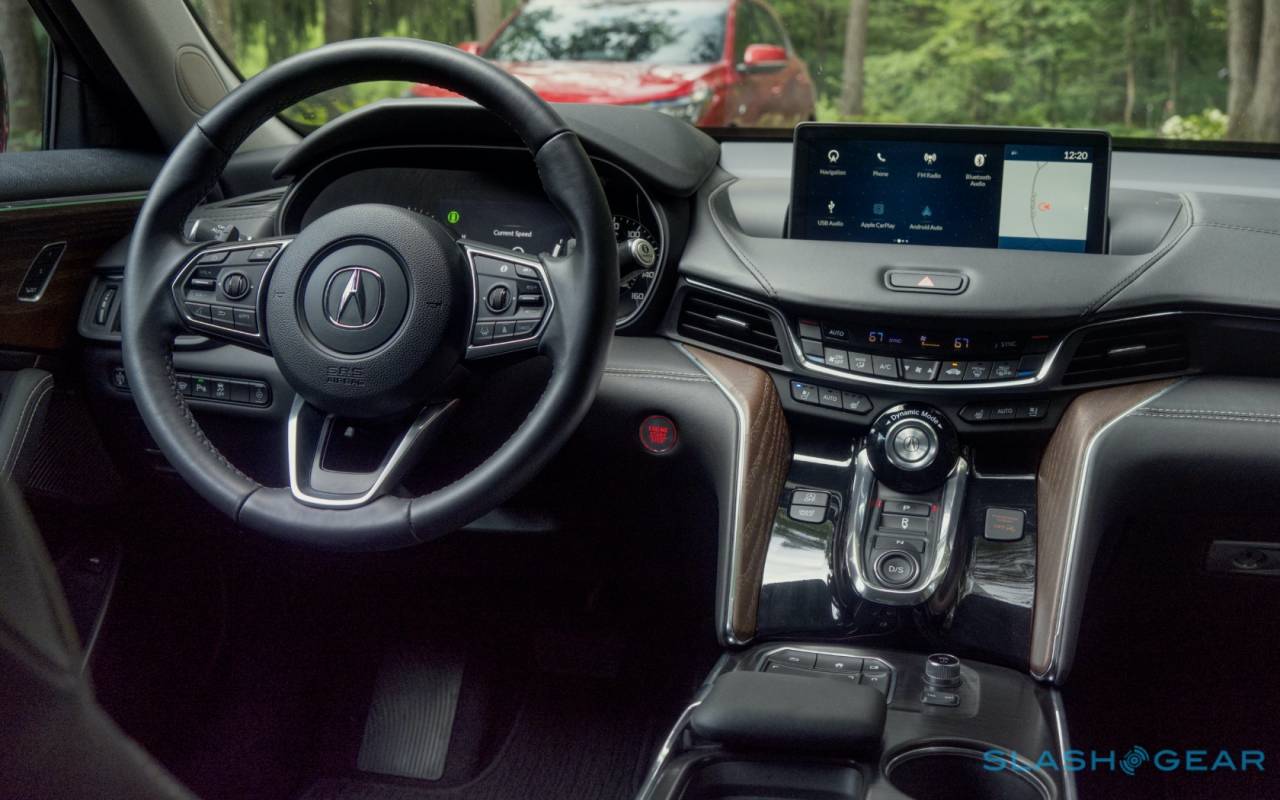 The 2021 TLX handled things far better than most. There was definitely some reverberation in the cabin, more I suspect from this being a pre-production car than a failing of the ELS tech itself, but more important you could still clearly hear the vocals over the top. No flabbiness, just a cabin-filling hubbub. 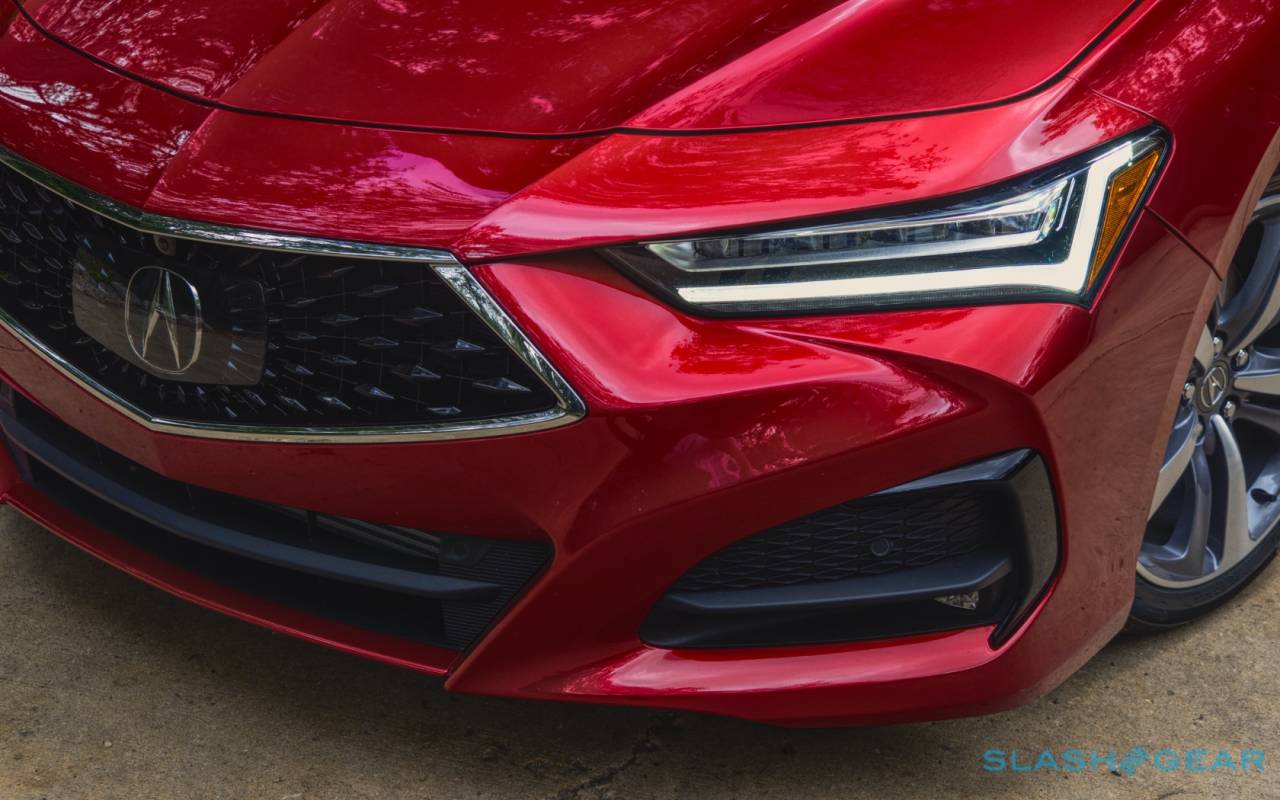 Obviously they’ll cost more than a base TLX, but you can’t help but be a little impressed that Acura is throwing in audio systems of a quality that other automakers almost certainly would be charging extra for. It was something I paused to consider a couple of weeks after my parked Acura experience, while inside the 2021 Bentley Bentayga. That had the “Naim for Bentley” premium audio upgrade, a heady $8,880 all on its own.

Since I didn’t have Bentayga and TLX side by side, I wouldn’t want to comment on which was ostensibly “better” than the other. I also suspect few will be cross-shopping a $177k+ luxury SUV with a sports sedan that, though yet to get a final price tag, is set to start in the mid-$30k range. Still, I didn’t find myself feeling as though I was getting more out of my music with the Naim system than I did from the ELS Studio 3D. 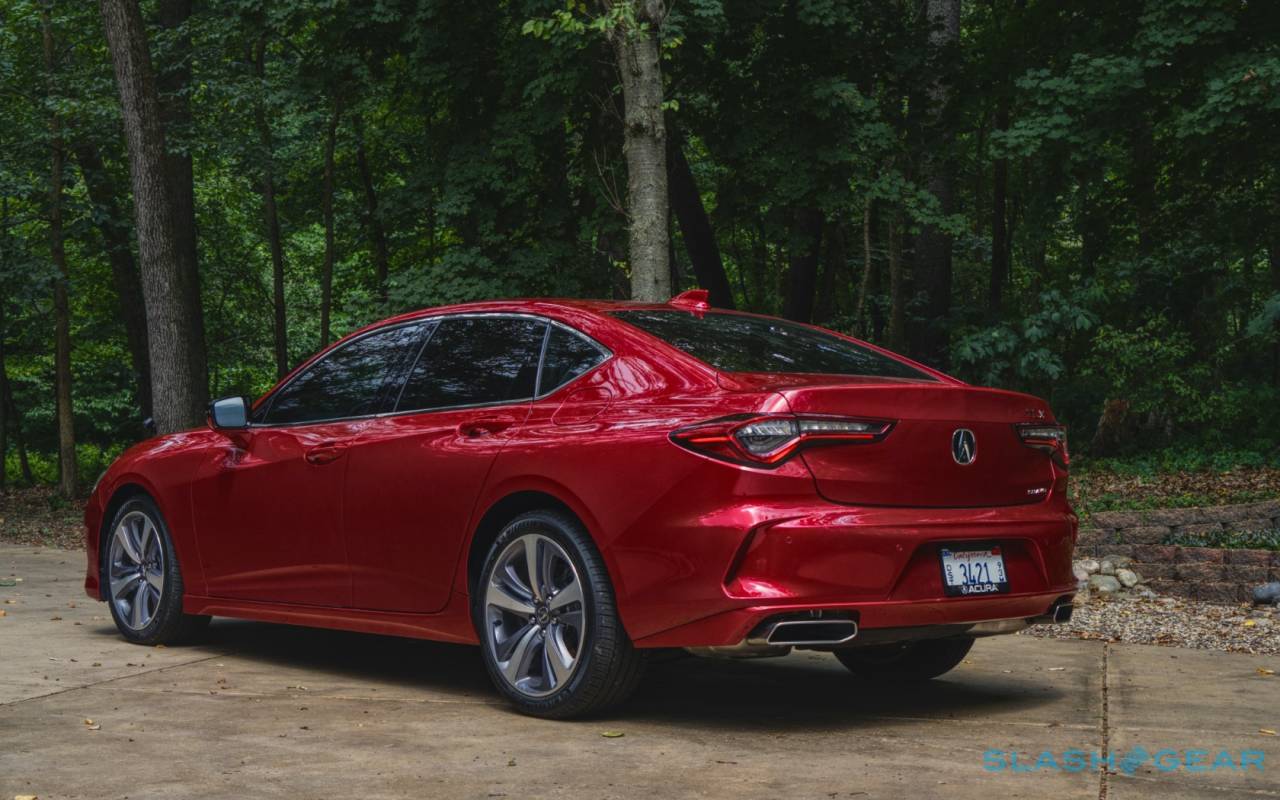 How the rest of the 2021 TLX holds up, I’ll have to wait and see. Certainly, the cabin seems well put together and ergonomically designed – as long as you’re a fan of physical controls, that is – with open-pore wood and comfortable seats. The promise of the TLX Type S version to come has more than a few people interested, too. If it drives like it looks, it could well be the most compelling Acura in recent years, and certainly the one with the best soundtrack.