2020 Ranger Rover Evoque gets US price and release date

Land Rover has confirmed US launch details for the 2020 Range Rover Evoque, which makes its North American debut at the Chicago Auto Show 2019. The smallest of the automaker’s luxury SUVs, the 2020 Evoque will offer two engines in the US – including an all-new mild-hybrid – and kick off at $42,650.

It’s not, of course, our first glimpse of the new Evoque. Land Rover announced it last November, promising a compact distillation of the best of the bigger Range Rovers for a more urban-friendly package. At the same time, though, it also claims to be more environmentally friendly, not to mention more tech savvy.

For the US, there’ll be a choice of two engines. The entry-level 2020 Evoque will have the 2.0-liter Ingenium TC I4 P250 gas engine, a four-cylinder turbo with 246 horsepower and 269 lb-ft of torque. All-wheel drive will be standard.

Optional, though, will be the Evoque’s first gas-electric drivetrain. The P300 Ingenium MHEV is a 2.0-liter TC I4 with a 48v Li-Ion battery and an electric motor. It sees horsepower rise to 296 hp, while torque climbs to 295 lb-ft. Like the P250 there’s all-wheel drive as standard, but the mild-hybrid gets Active Driveline torque vectoring, pushing power from the left to the right on the front and rear axles depending on conditions.

Either way, you get a 9-speed ZF automatic transmission, and Driveline Disconnect, which can cut power to the rear wheels while cruising so as to boost economy. EPA fuel efficiency ratings haven’t been revealed yet. Adaptive Dynamics is an option, adjusting the variable suspension dampers automatically every 100 milliseconds to suit the road conditions. 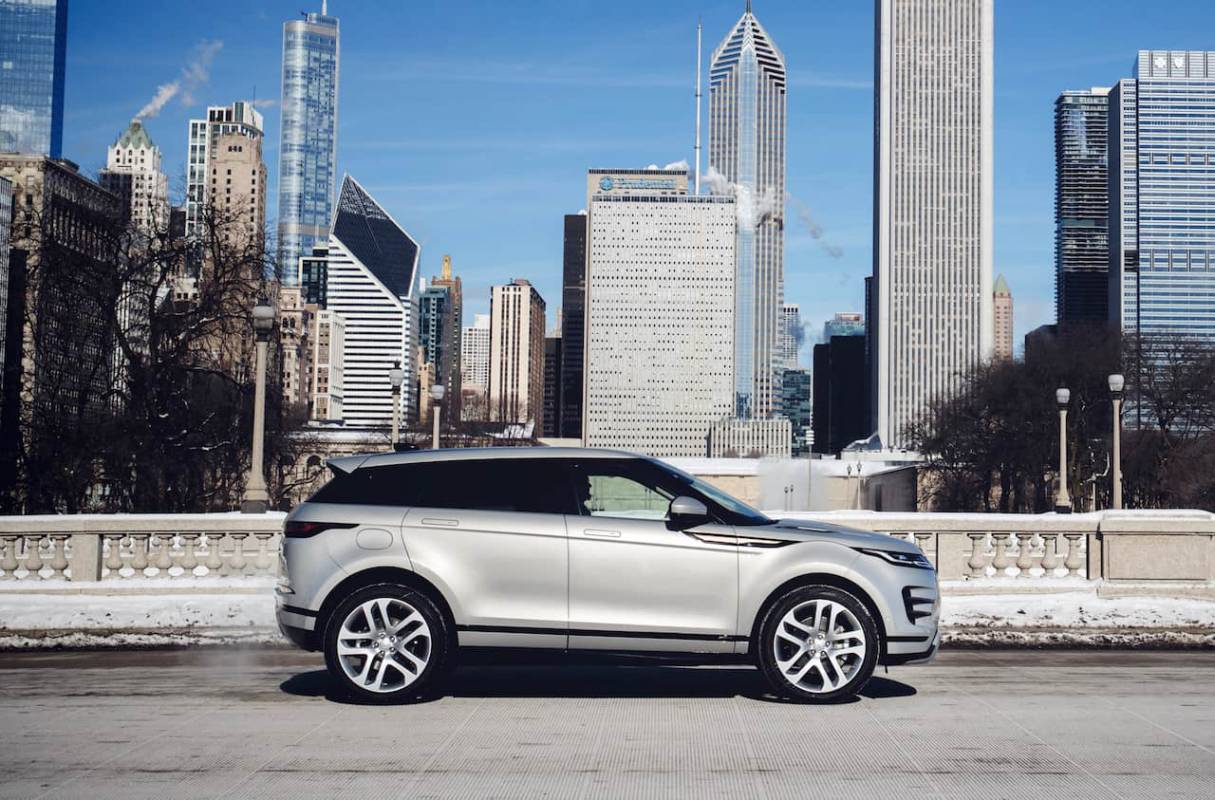 Terrain Response 2 is also fitted as standard, a new addition to the Evoque. It offers General, ECO, Sand, Grass-Gravel-Snow, and Mud & Ruts driving modes, along with an Auto mode that adjusts the SUV’s settings automatically. An optional Wade Sensing feature uses ultrasonic sensors to see how close to the 23.6-inch maximum wading depth you’re getting.

Hill Descent Control, Gradient Release Control, and All-Terrain Progress Control are offered, as is ClearSight Ground View which gives a “transparent hood” view of the front of the car on the dashboard display. Lane Keep Assist and automatic emergency braking are standard, as is a reversing camera.

Inside, Range Rover’s InControl Touch Pro Duo infotainment system – which splits its interface over two touchscreens – is an option, along with a 12.3-inch drive display and full-color head-up display. Apple CarPlay and Android Auto are offered, and there’s a Smart Settings feature that preemptively adjusts the cabin settings based on observations of the driver’s preferences. 4G LTE with WiFi hotspot support and six USB ports are offered. 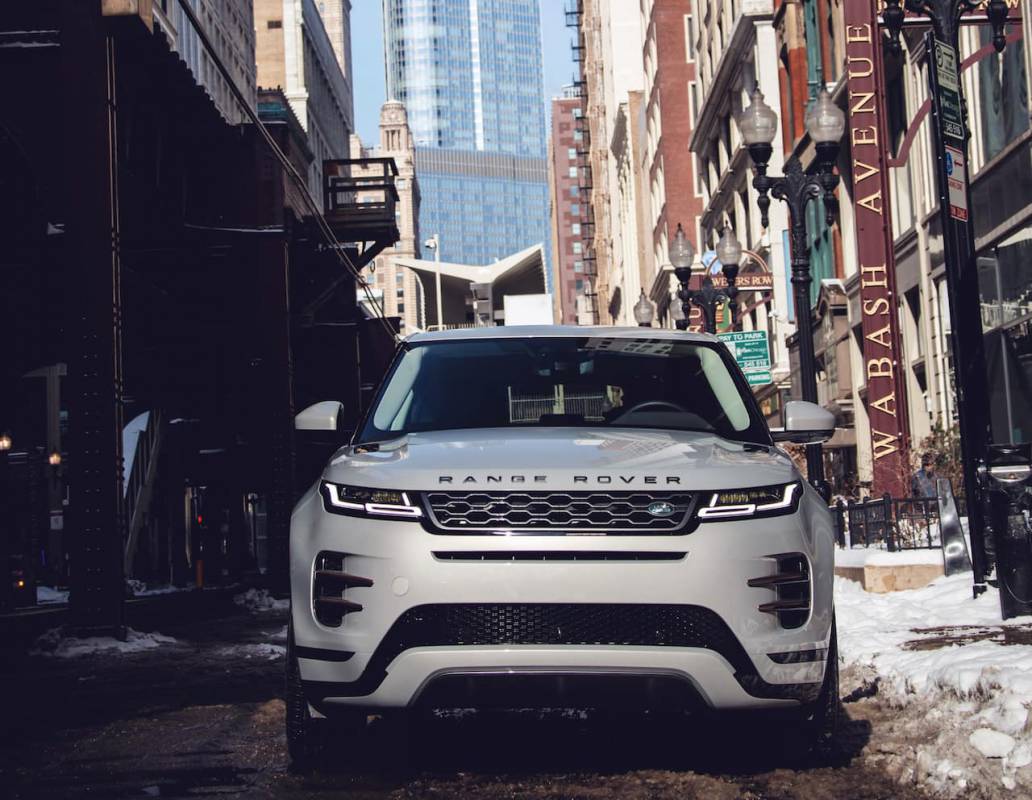 All in all, it’s a respectable growing-up for Range Rover’s smallest model, cherry-picking the best of the tech from the automaker’s more expensive luxury SUVs. It’ll go on sale in the US from Spring 2019, priced from $42,650 (plus $995 destination), for the 2020 Range Rover Evoque S. Pricing for the SE, First Edition, R-Dynamic S, R-Dynamic SE, and R-Dynamic HSE will be confirmed closer to release.