I’ve tried restraint, and honestly I don’t much like it. I was reminded of that fact multiple times when behind the wheel of the 2020 Porsche Macan Turbo: after all, it’s been just two months since I proclaimed the Macan S the sweet-spot for sports crossovers, and already I was starting to question my resolve.

Why spend more than that model’s sub-$60,000 starting price, I asked at the time, when its turbo V6 is so perfectly sufficient for the task of keeping a perky compact crossover on the boil? Porsche’s meatier Macan models were overkill, I decided. The canny buyer sticks to their guns, avoids the dealership hyperbole, and opts for the Macan S. 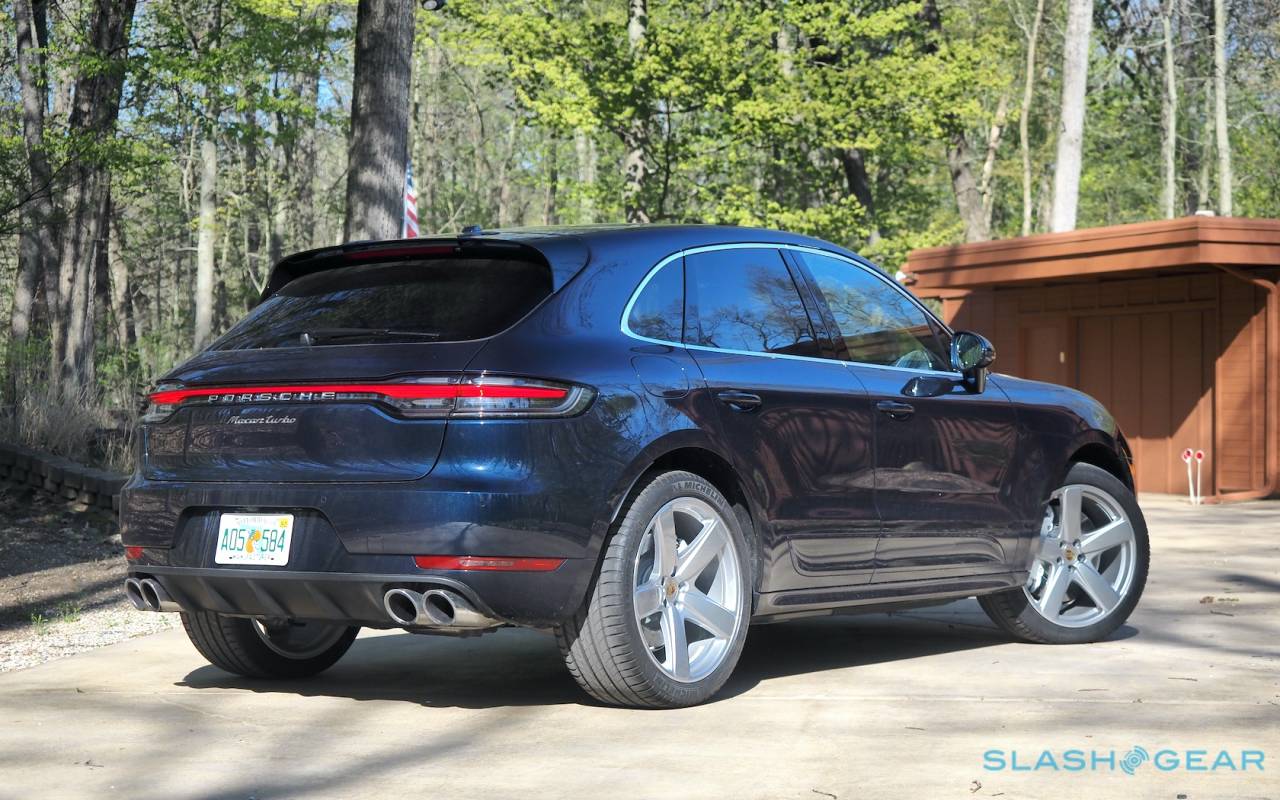 Then, as you by now have probably guessed, I drove the 2020 Macan Turbo, and my good intentions crumbled. Yes, it’s more expensive – it starts out at $83,600 plus $1,350 destination, though with options my review car was a clean $94k – but lord, you can see where your money goes. Mile by mile, minute by minute, my puritanical resolve faded.

In my defense, the numbers tell a lot of the story. The 2.9-liter twin-turbo V6 in the Macan Turbo is actually ever so slightly smaller than the single-turbo V6 in the Macan S, but it has 434 horsepower and 405 lb-ft of torque – nearly 100 hp and over 50 lb-ft more. 0-60 mph comes in 4.1 seconds with the $1,360 Sport Chrono package (that every Macan buyer, regardless of version, should add). 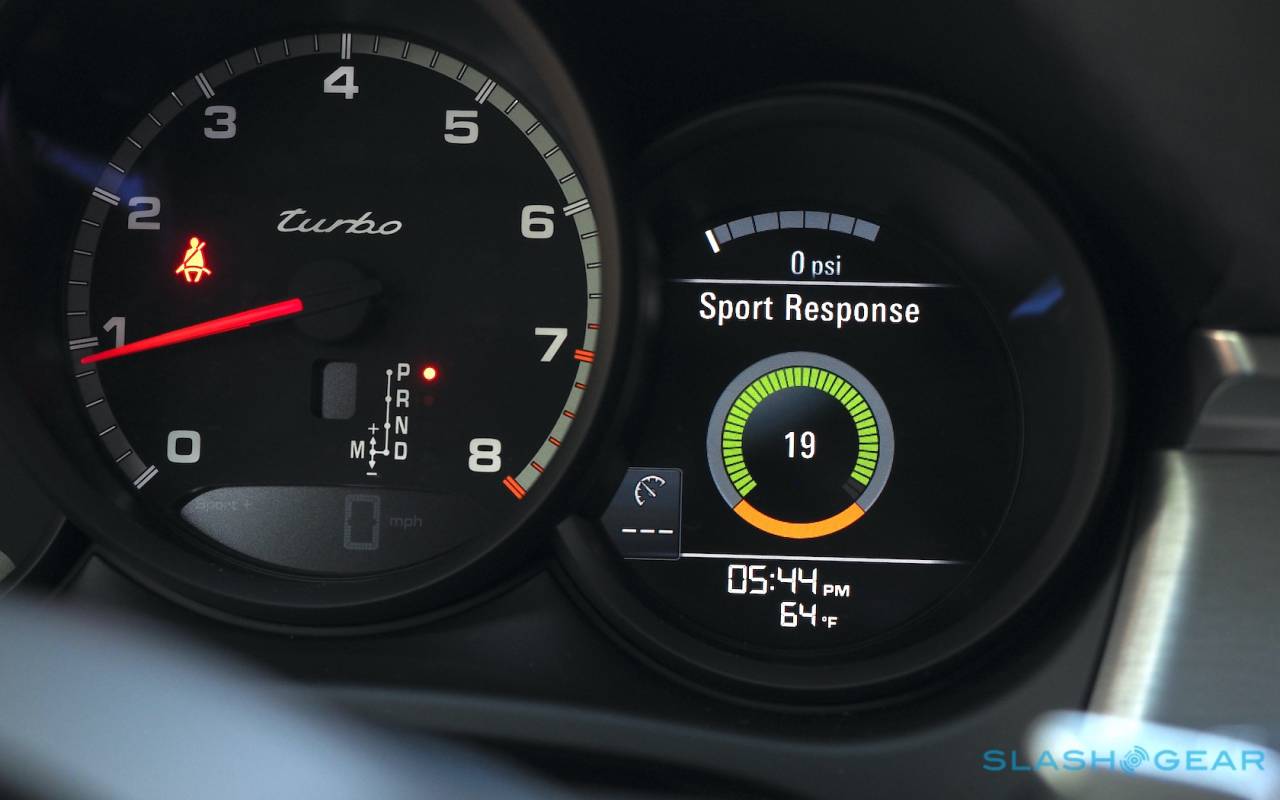 That’s 0.8 seconds faster than the Macan S with Sport Chrono, but it feels a lot more. Snick the drive mode dial to S or S+ and the 7-speed PDK transmission does its utmost to keep you in the power band, though torque is hardly lacking however wrong-footed you try to catch the drivetrain. The Macan Turbo surges, that’s the best way to describe it, not quite with the fury of other Turbo-badged models in Porsche’s range, but still bringing you urgently to the next corner just in time to show you its other party trick. 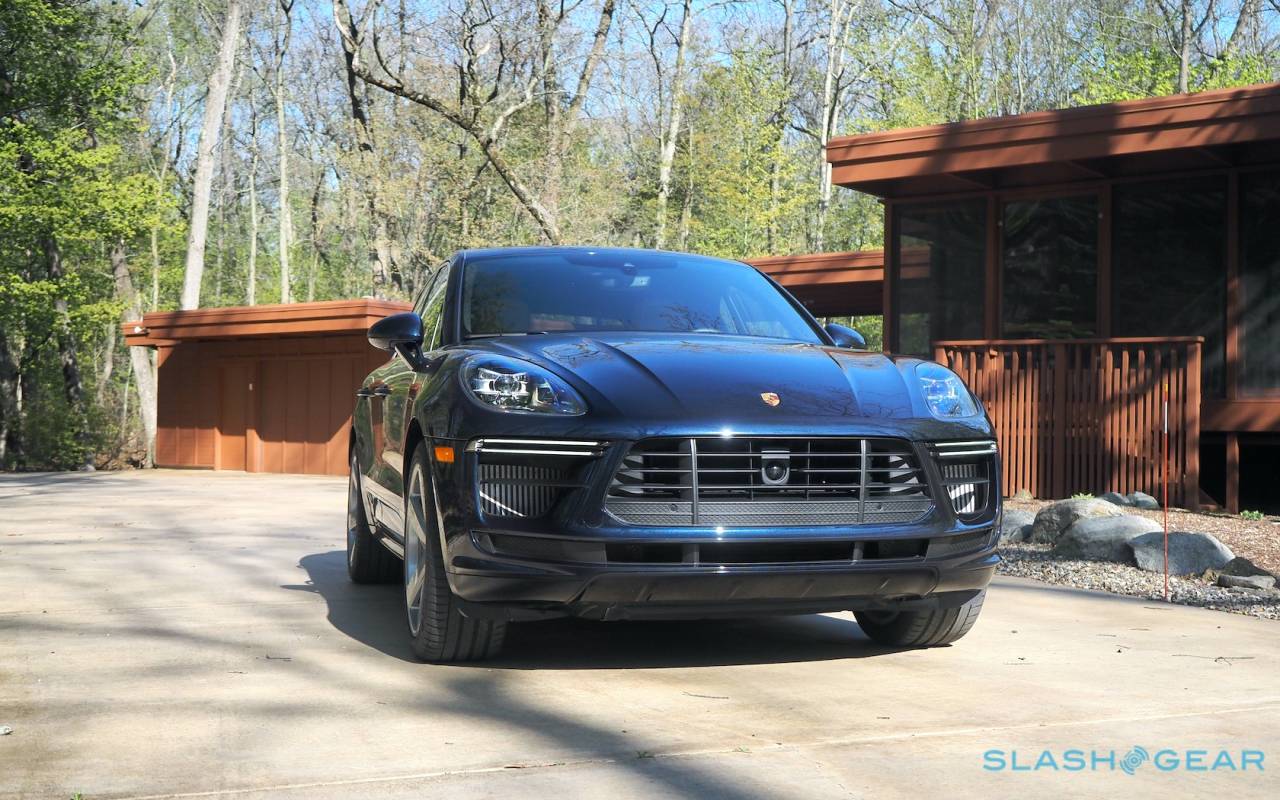 Porsche had left the active air suspension option off this particular car, instead leaving it with the steel springs and PASM active dampers standard on all Macan Turbo models, and I briefly wondered if it would cost it in the turns. My doubts were misplaced. There’s no dive or roll; no sense that the Macan is going to understeer out wide. It’s communicative and willing, a combination that encourages you to push a little further each time (though I suspect rear seat passengers will then encourage you to rein it all back in).

The $1,390 air suspension’s three stage operation would probably help tame some of the ride’s firmness and stop the more aggressive potholes from making themselves known in the cabin. Similarly, Porsche Torque Vectoring Plus’ $1,500 contribution will undoubtedly make this family hauler even more like a 911 or Cayman, using dabs of rear wheel braking to funnel torque left and right in the corners. 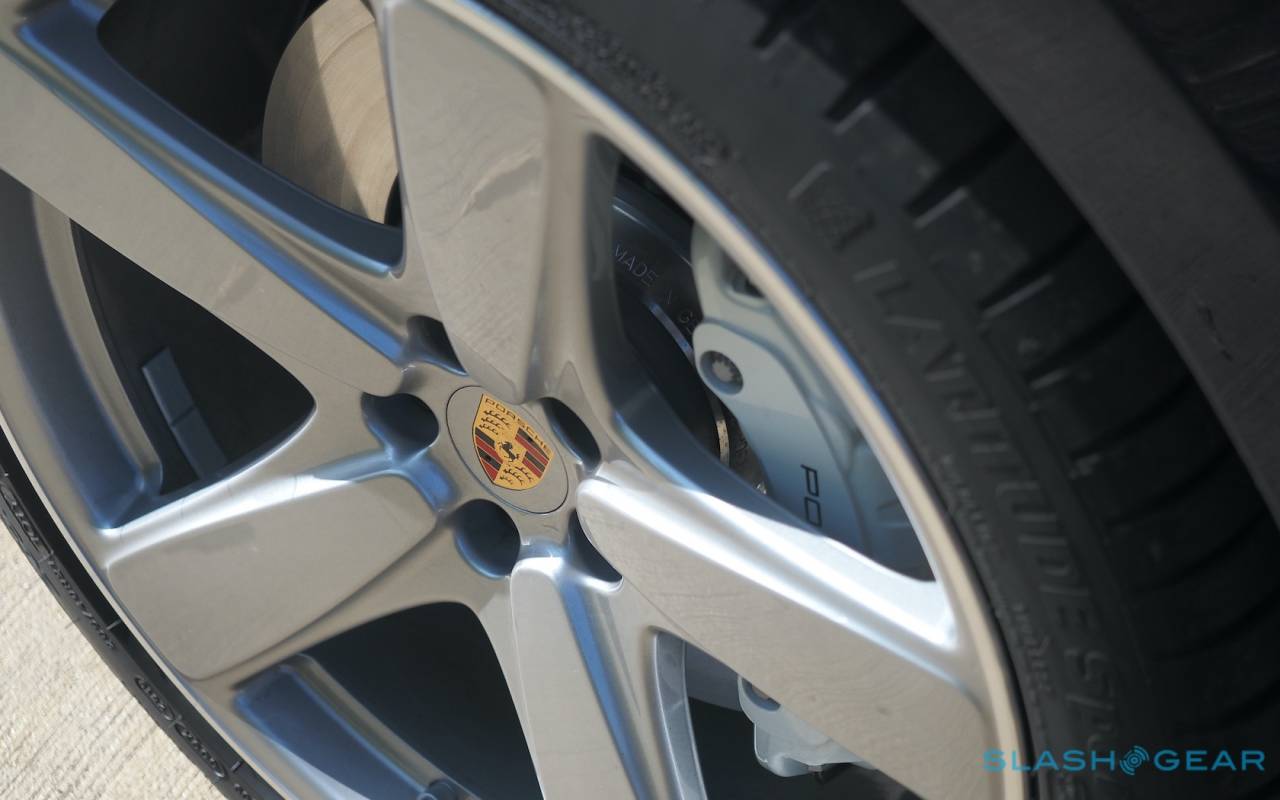 They’re not necessary, though, and I feel like that’s worth celebrating. Porsche didn’t load up the Macan Turbo with power and then rely on drivers coughing up for extras in order to actually make good use of it. It just works, like the standard-fit surface-coated brakes that grab without jerkiness (and make the ceramic composite upgrades undoubtedly overkill).

As for styling, I enjoy Porsche’s flirtations with LEDs and light bars, and the Macan looks good in darker finishes like this $700 Night Blue Metallic. The Turbo comes with 20-inch wheels as standard, along with Porsche’s meatier side skirts and a little spoiler on the roof; it also gets a gruntier exhaust. Extra volume wouldn’t go amiss, but that’s only because I want more of a good thing. 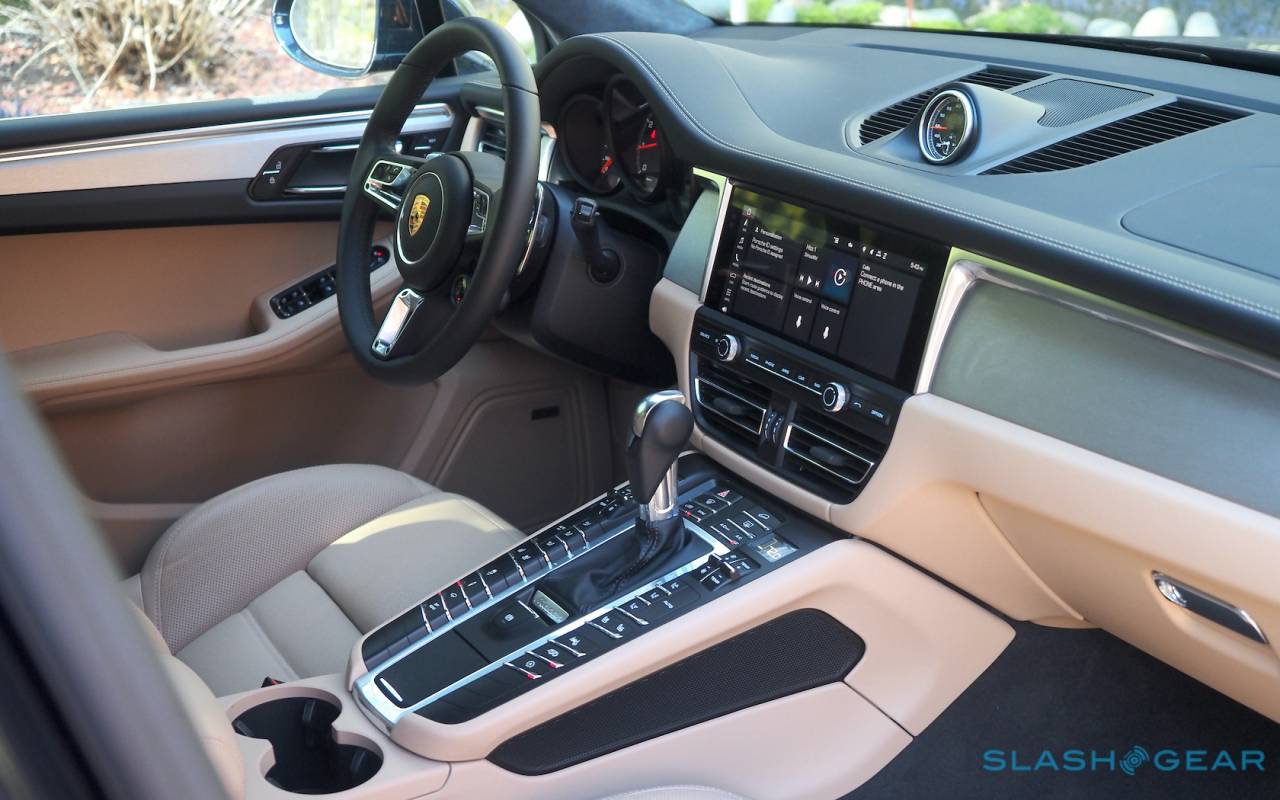 Inside, you’ll find plenty of buttons and Porsche’s wide 10.9-inch touchscreen infotainment system. The latter is easy to use once you’ve spent the twenty minutes or so configuring its widget-based interface; or, you can just plug in or wirelessly pair your iPhone and use Apple CarPlay. No Android Auto, sadly. The instrumentation cluster has predominantly analog dials, with a little circular screen on the right. If anywhere, it’s here the Macan starts to show its relative age compared to rivals with their fully-digital gauges. 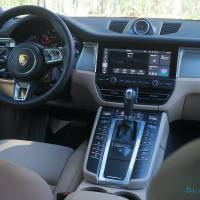 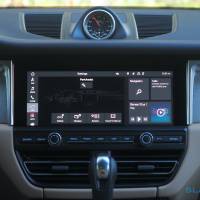 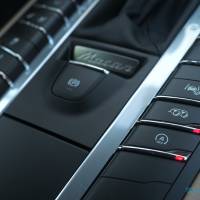 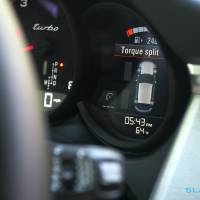 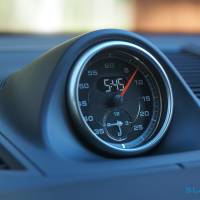 My tester had the $220 leather upgrade, $330 heated GT steering wheel, $1,170 adaptive cruise control, and the $4,060 Premium Package Plus. The latter includes keyless entry, CarPlay, front seat ventilation, a panoramic roof, and lane-keeping assistance, among other things. Standard cabin kit is a little more plentiful than in the relatively spartan Macan S, but as always Porsche’s options list has scope to go buck-wild with trim and send things spiraling up into six figures.

Even without that, $94k is a lot to pay for a compact crossover. A Cayenne, indeed, starts out at under $67k, and comes with a lot more space for the family inside. $94k gets you some serious sports car – heck, it’s close to brand new 911 money. 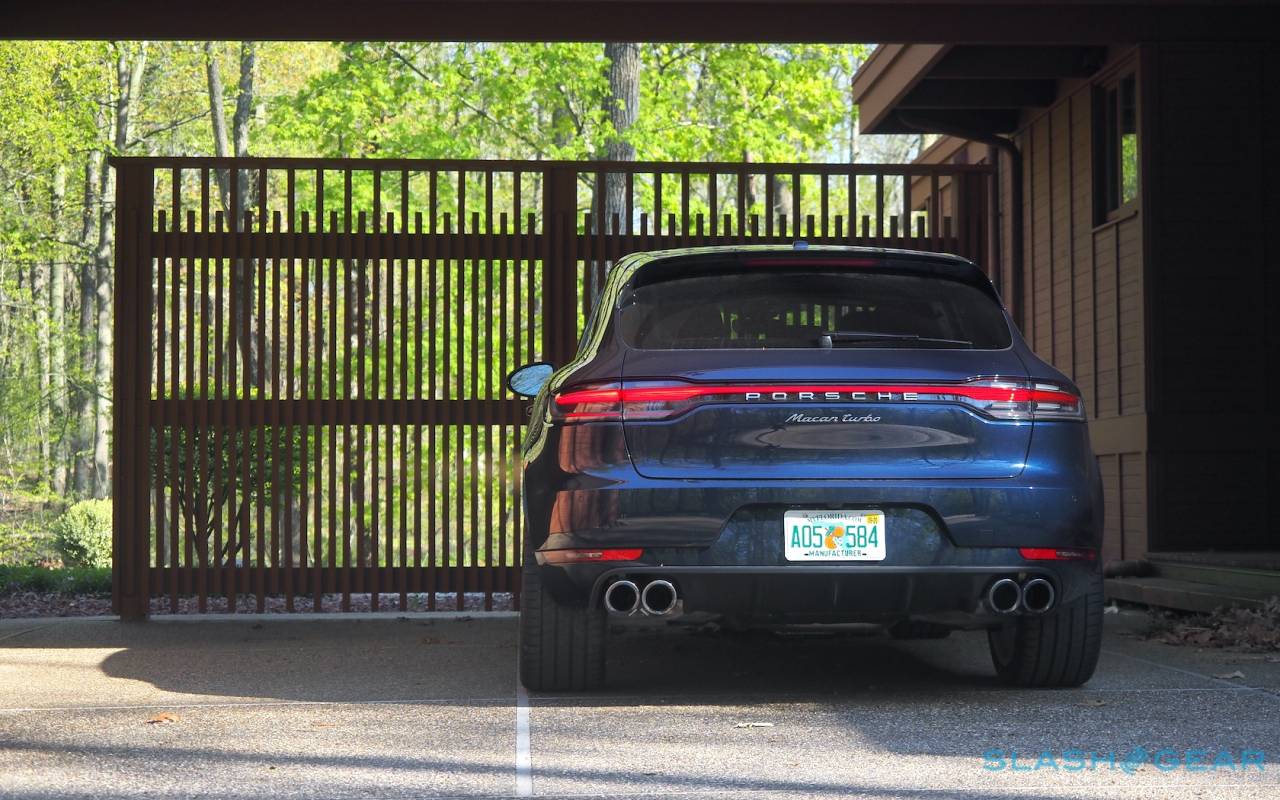 Rationally, or as rational as you can get when considering a Porsche, the Macan S still makes more sense. It has the same 17.7 cubic feet of trunk, the same adequate-but-not-plentiful rear seat space, and still drives with an eagerness that leaves rival crossovers feeling positively bland. I’d feel like I was treating myself were I to put it on my driveway, whereas I suspect the Macan Turbo would always make me feel a little like a glutton. Make no mistake though: that’s only further testament to the Macan S’ excellence, because as benchmarks go the 2020 Macan Turbo is a whole lot to live up to.

[Updated to add the Macan Turbo does have wireless CarPlay, and clarify the PASM system]