If you want the luxury of an S-Class but the capacity of an SUV, the 2020 Mercedes-Benz GLS is making a strong pitch to be the cosseting off-roader of choice. Debuting at the New York Auto Show 2019 this week, the all-new SUV is Mercedes’ biggest and most lavish, now larger, more powerful, and more well-equipped than before.

As with the previous-generation GLS, there are three rows as standard. The 2020 GLS seats seven by default, though there’s now a six seat option, which has three rows of more luxurious Captain’s Chairs. It’s a no-cost option for the new model year. 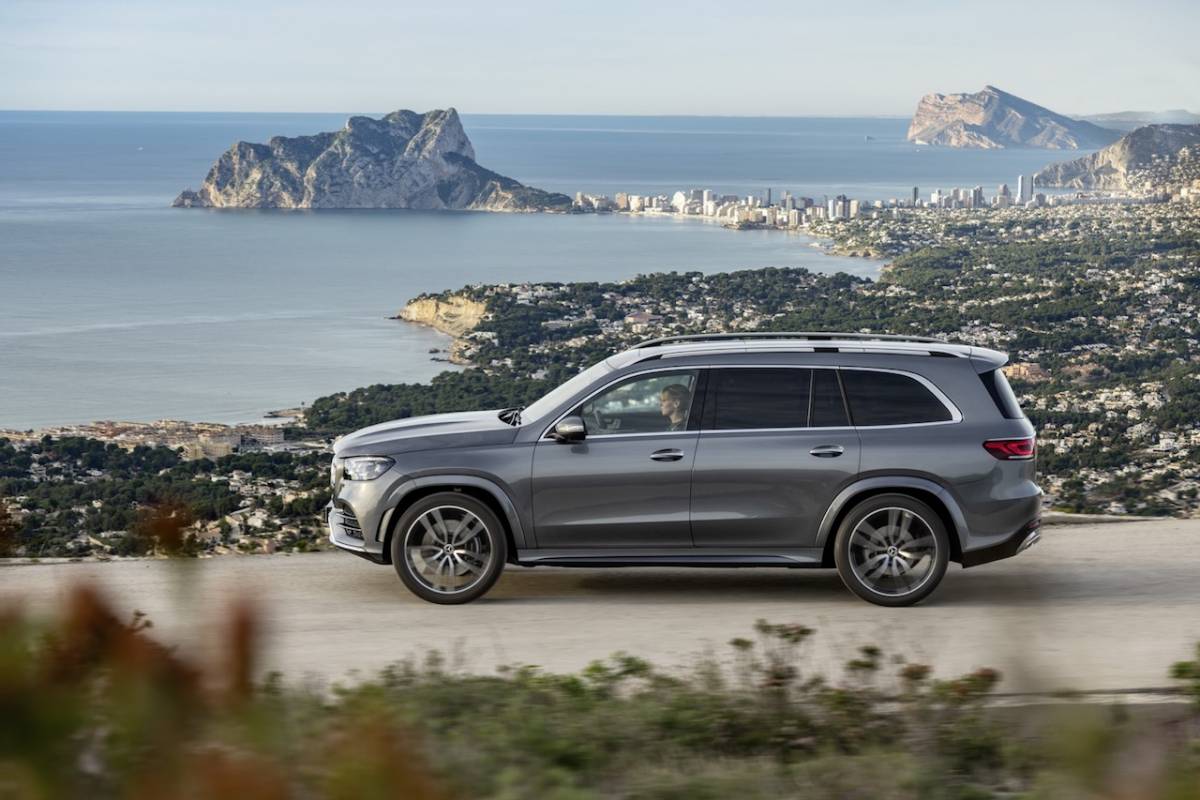 Outside, it’s an SUV with some serious presence. For a start, it’s huge: more than 17 feet in length and almost 6.5 feet wide, with 2.4-inches more wheelbase length than the outgoing model. However Mercedes’ latest design language has smoothed out some of the sharper crease lines. 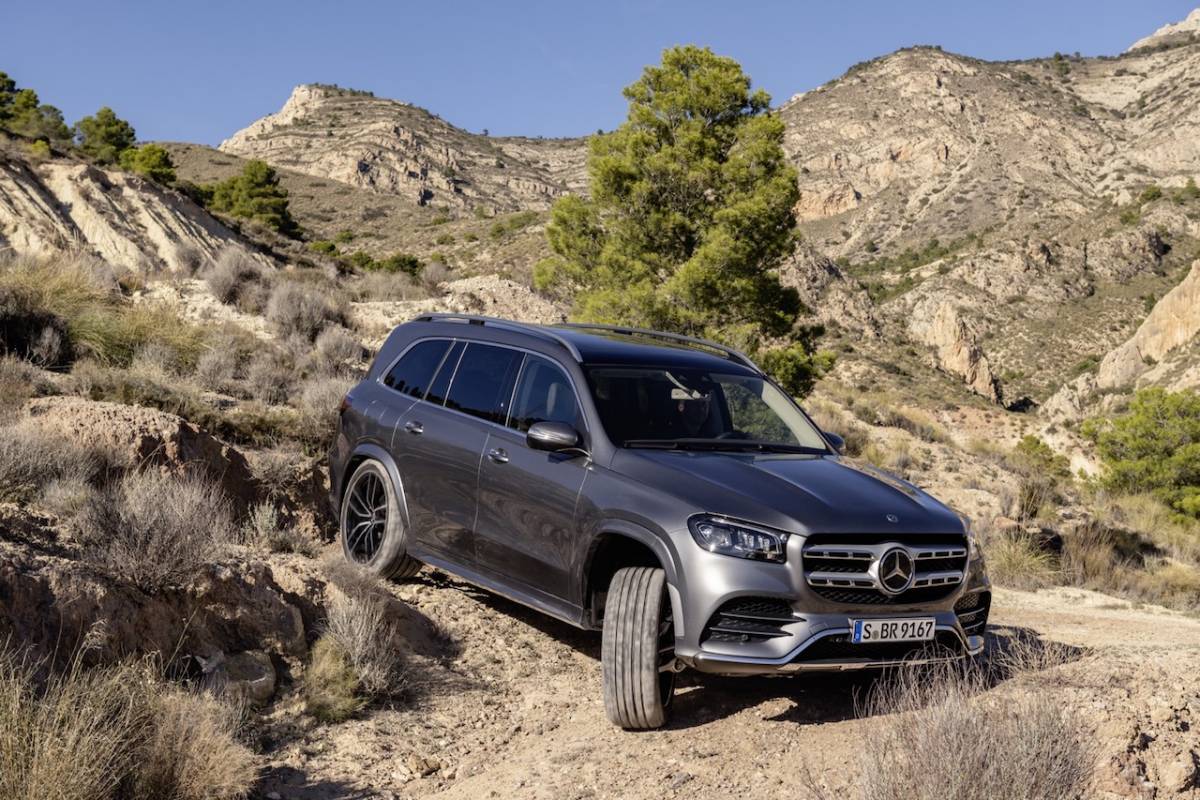 The upright front grille gets an octagonal pattern, while there’s plenty of chrome-plating trim. Two power-domes bulge in the hood, and there are Multibeam LED headlamps as standard. These feature a full 112 LEDs per headlamp cluster, along with three-segment daytime running lamps, and can adjust to avoid dazzling oncoming traffic while also maintaining maximum potential visibility. At the back, there are two-piece LED taillamps and more chrome trim. 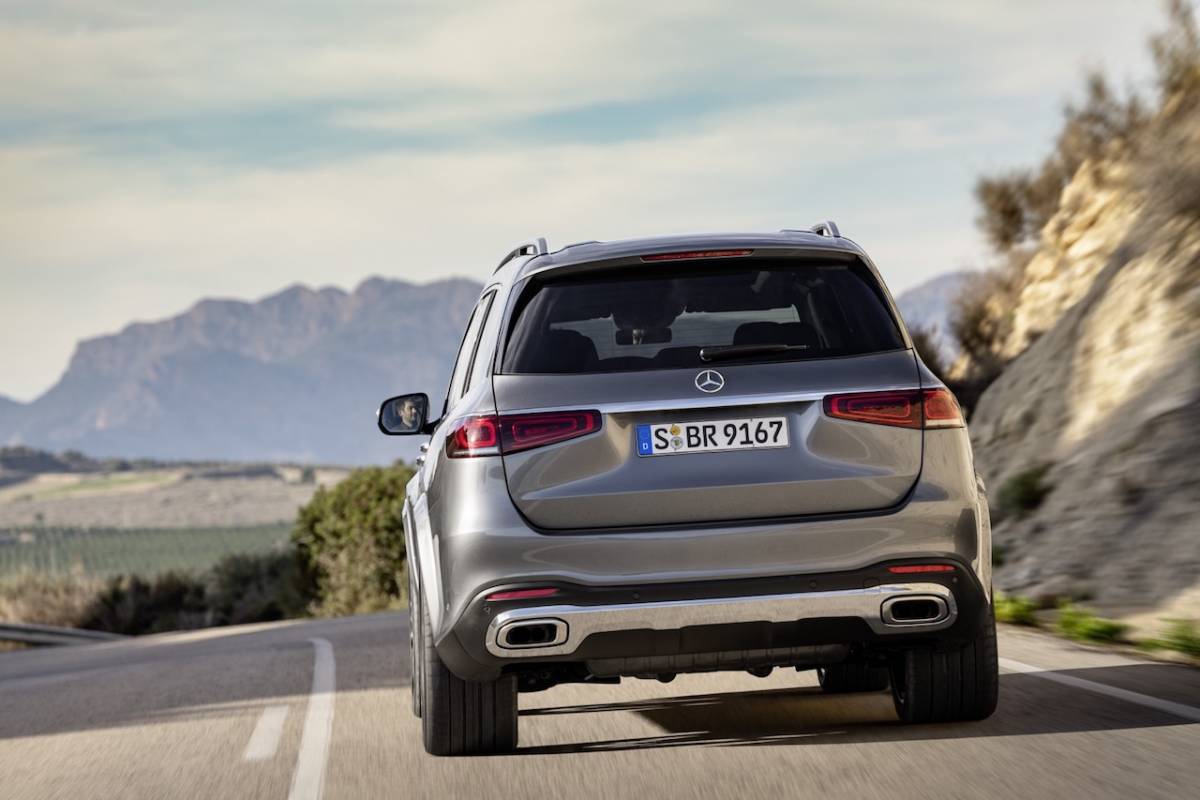 Inside, meanwhile, the S-Class lends some design inspiration with a wraparound dashboard that flows into the doors. The wide, raised center console has grab-handles, though, as befits an SUV. 3.4-inches of extra legroom in the second row, when the seats are pushed back their furthest, makes maximum use of the extra wheelbase. 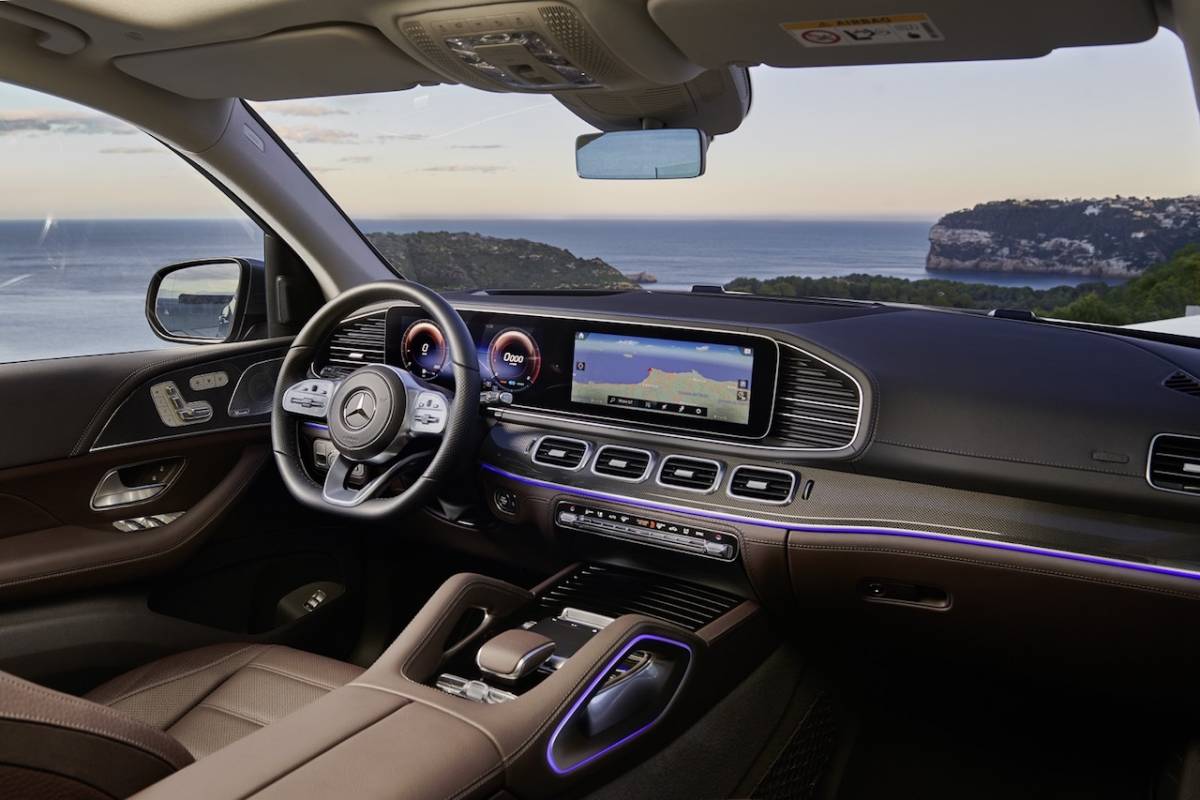 The second row bench is 60:40 folding and 40:20:40 split. In the third row, Mercedes insists that the seating is sized for up to 6.4 foot tall adults. All of the seats are electronically adjusted, and the third row seats now have heating, too. Three-, four-, and five-zone climate control options are available; the latter uses a second, separate heater and air conditioning system for the third row zone. 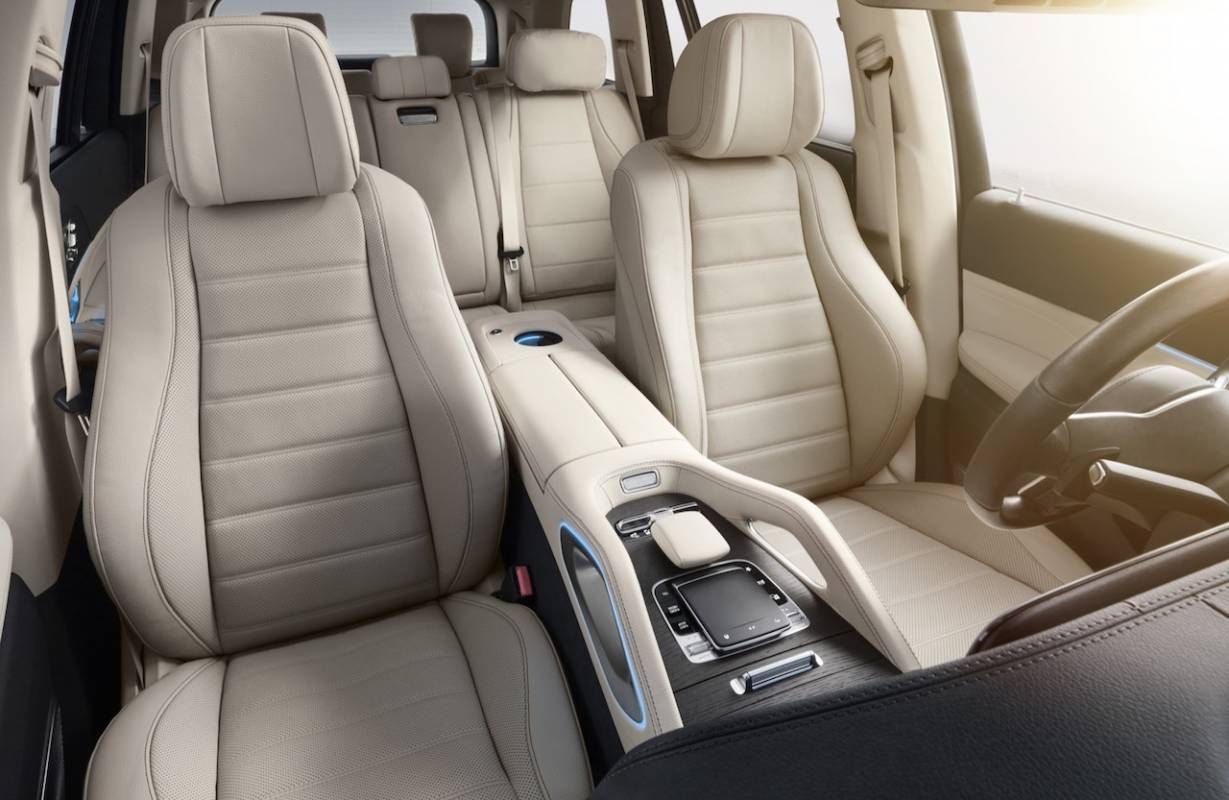 It’s not the only judicious use of new electronics, however. Under the hood are Mercedes’ new EQ Boost engines, either a 4.0-liter V8 biturbo in the GLS 580, or a 3.0-liter inline-6 turbo in the GLS 450. Both have an integrated starter-generator, an electric motor that works with a small battery to add up to 21 horsepower and up to 184 lb-ft of torque to the engines’ own power for short periods of time. The battery is charged through regenerative braking. 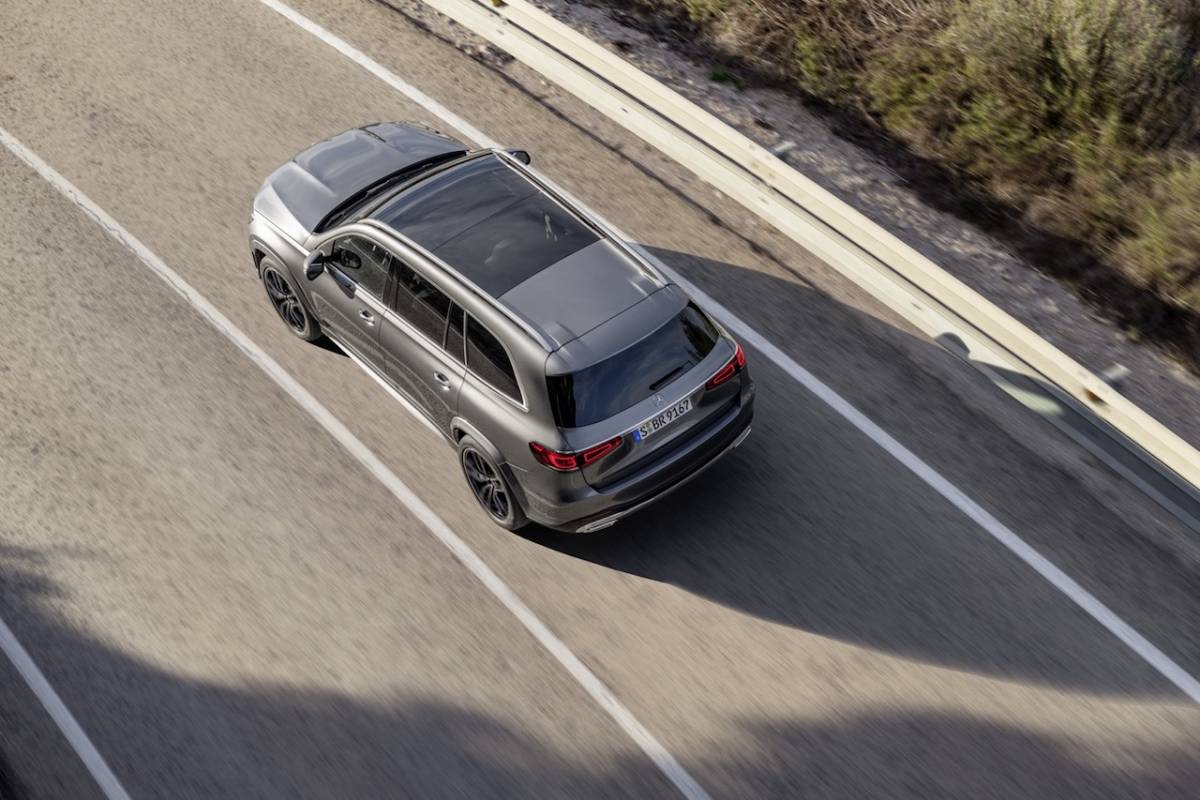 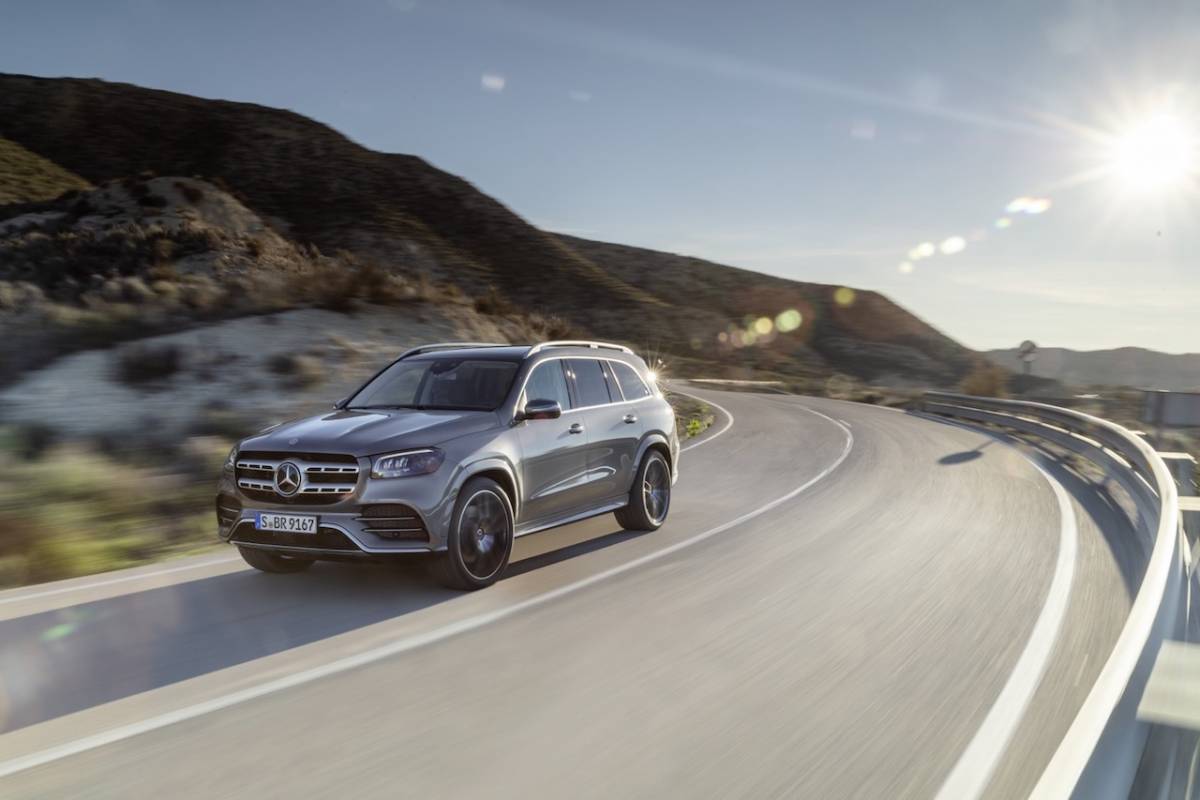 Both use a 9G-TRONIC 9-speed automatic transmission and have 4MATIC all-wheel drive as standard. E-Active Body Control, powered in part by the 48V battery system used for EQ Boost, can adjust spring and damping forces for each wheel individually, working with the air suspension. Mercedes outfits the GLS with road-facing cameras, that can preemptively adjust the ride settings to smooth out upcoming bumps. 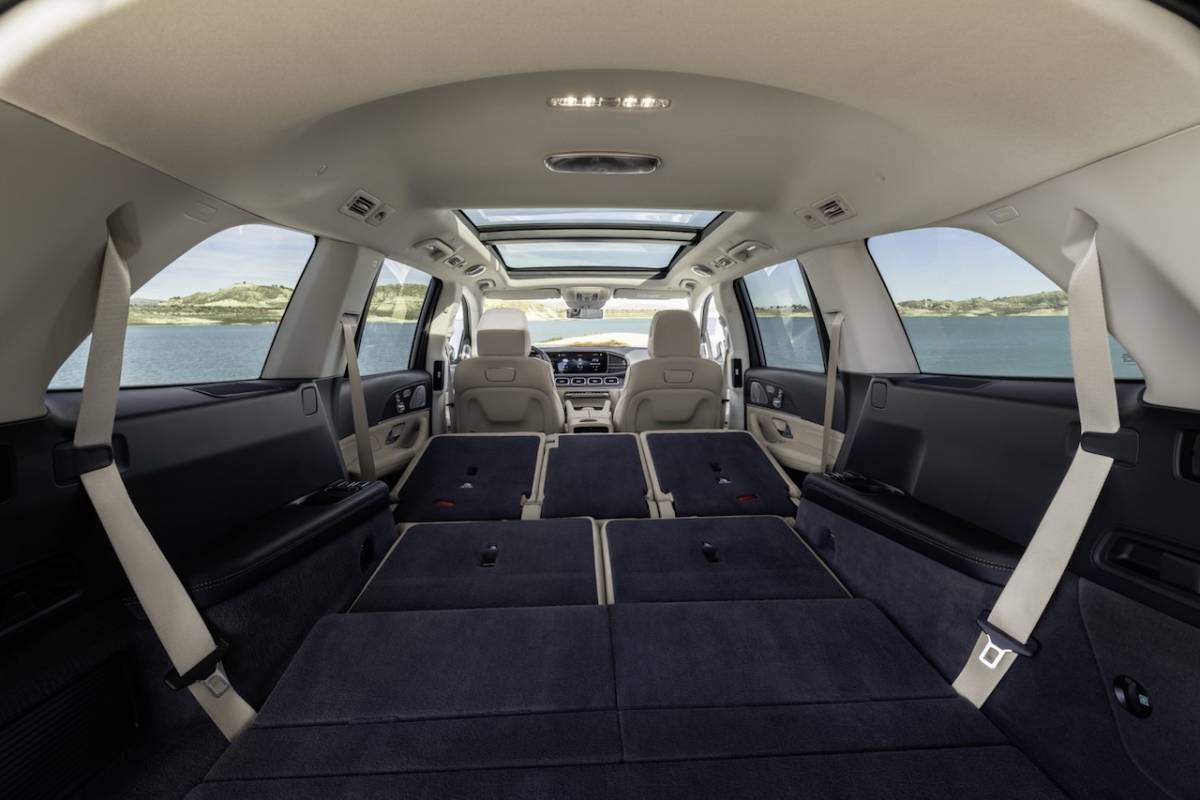 As for the gadgetry and creature-comforts, the new MBUX with voice control infotainment system is standard, and MBUX Interior Assistant with its hand-tracking 3D cameras is optional. The panoramic roof is now 50-percent larger, and there’s a new steering wheel with touch-control buttons. A 12.3-inch display handles the driver’s instrumentation, and a 12.3-inch touchscreen alongside it deals with multimedia and navigation. 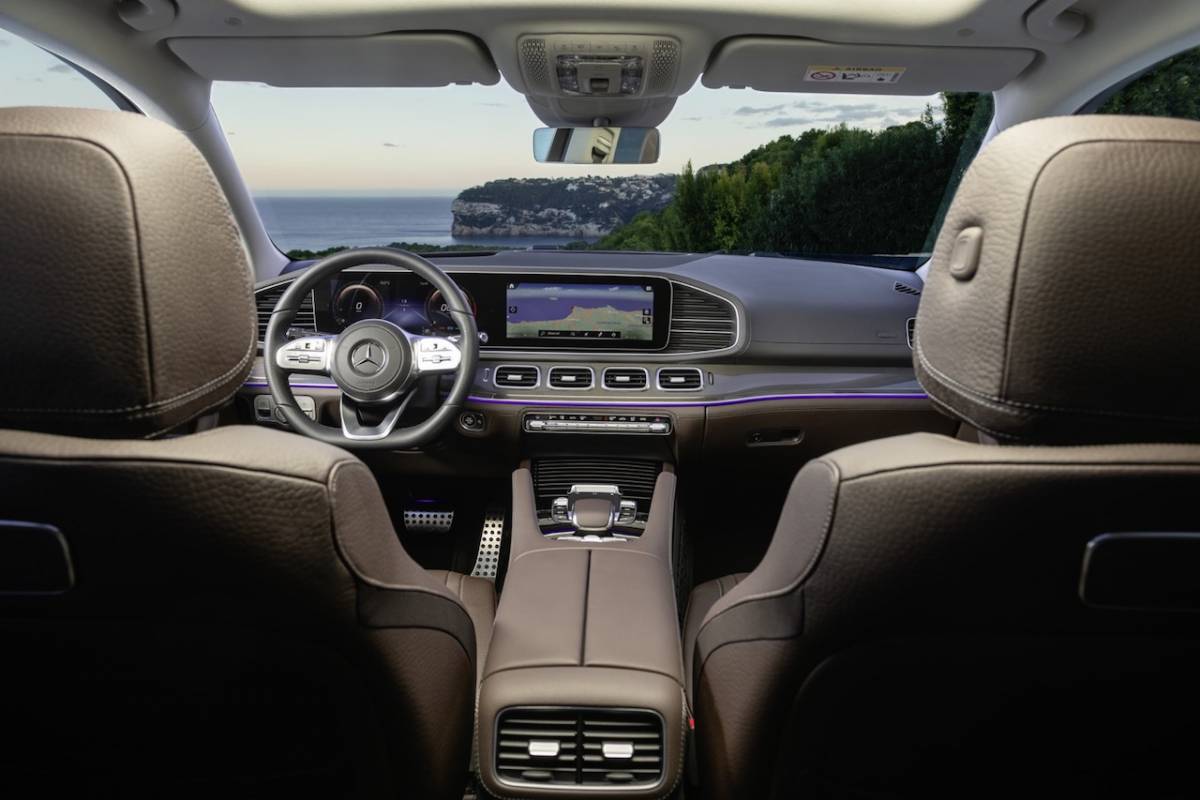 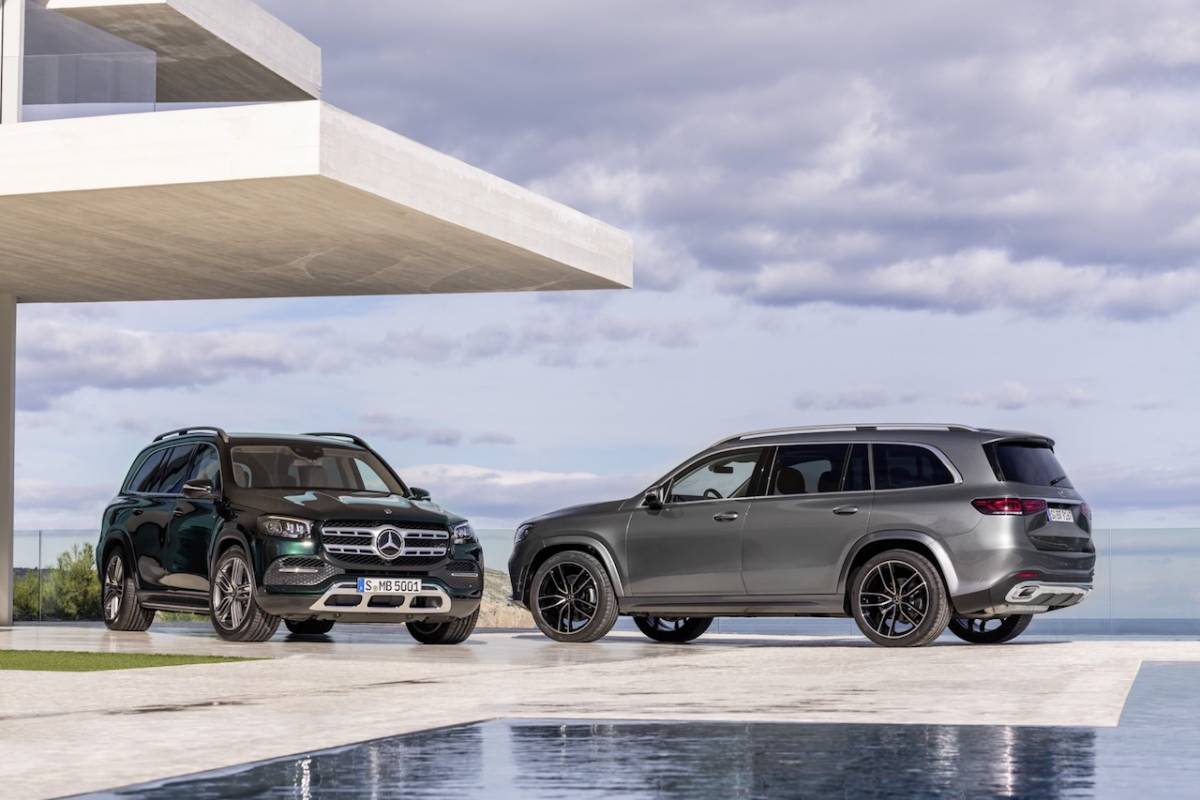 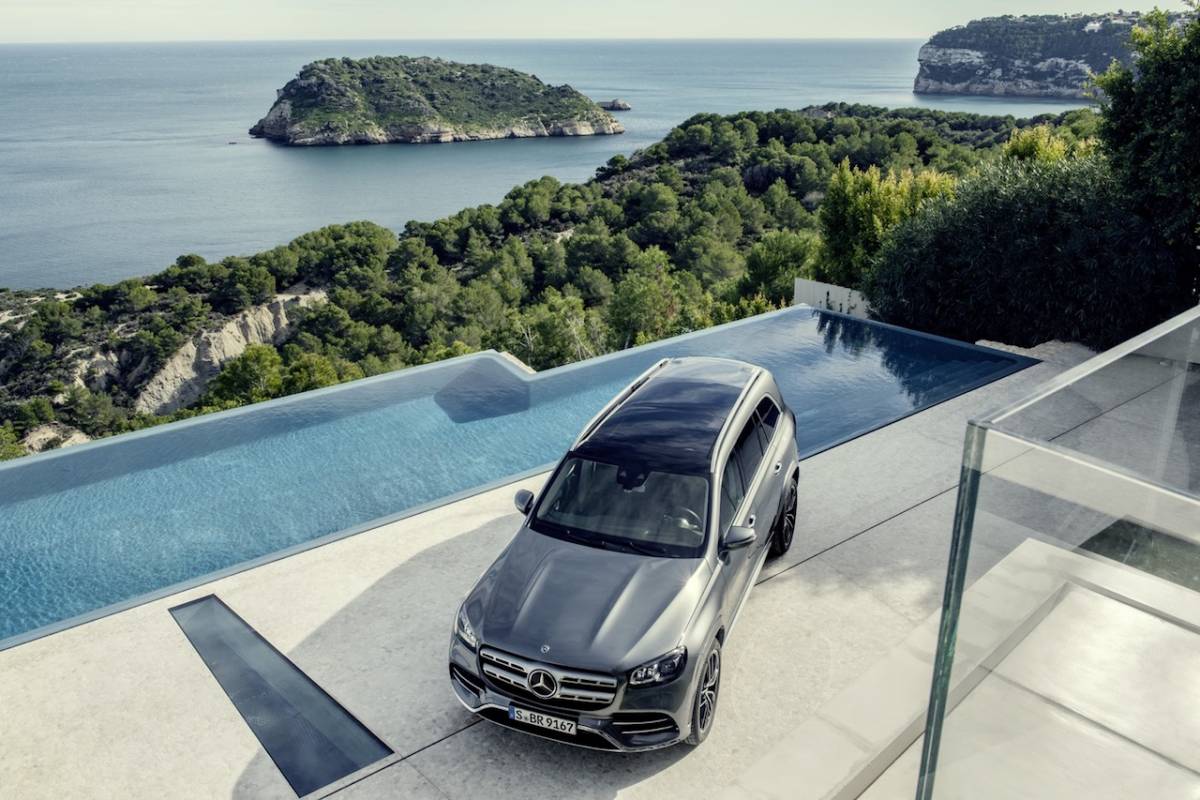 All that’s left to be confirmed is pricing and fuel economy numbers: we’re expecting the former to be fairly high, and the latter to be fairly low. That probably won’t dissuade 2020 GLS buyers, however, lured in by the combination of imposing road presence, a lofty ride height, and no compromise on cabin niceties. We’ll find out all the details closer to the luxury SUV’s arrival in US dealerships by the end of the year – and whether the new 2019 BMW X7 should be concerned. 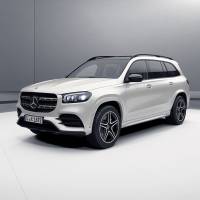 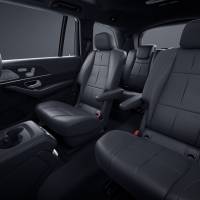 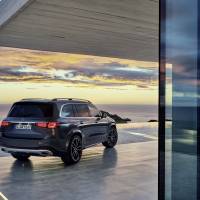 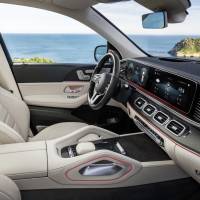 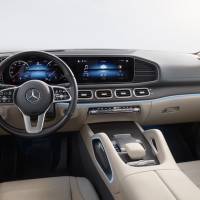