If the 2020 McLaren 600LT Spider wasn’t quite exclusive enough for you, how about a one-off bespoke version of the 592 horsepower convertible? The British automaker’s McLaren Special Operations team has taken the latest Longtail and given it a thorough makeover, taking inspiration from the now-classic McLaren 675LT.

The result is the McLaren 600LT Spider by MSO, which will make its public debut at the Geneva Motor Show 2019 in just a few weeks time. One of a number of specials that the car company will bring to Switzerland this year, it takes the already-extreme styling of the 600LT Spider and cranks it up a little further. 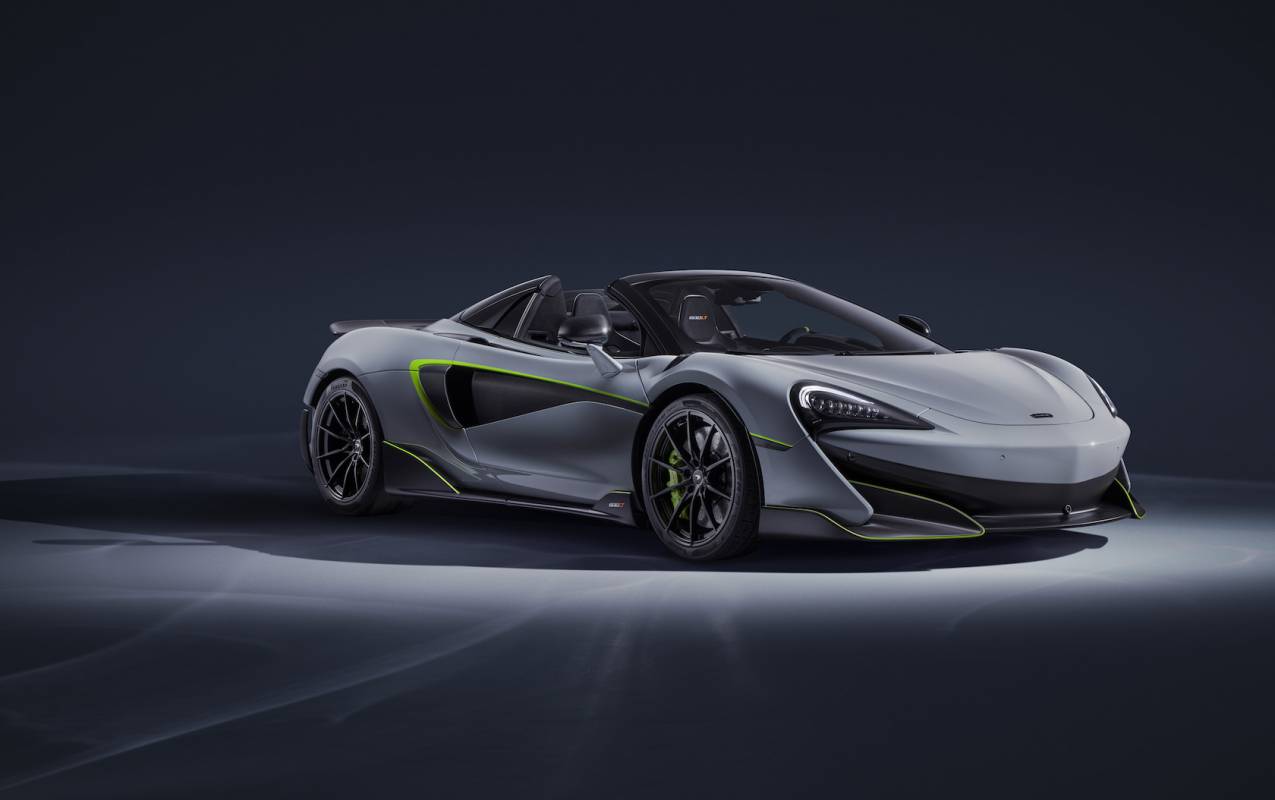 So, there’s a Dove Grey body with highlights in Napier Green. MSO has used the accent color to emphasize key Longtail design elements, like the oversized rear diffuser and the bigger front splitter. Napier Green also happens to be one of the original 675LT color options.

It’s applied in a new way, though, which borrows technology from race cars. The paint is first applied to a light, flexible film: that ensures, McLaren says, that the color match is perfect. It was used on the 720S GT3 and 570S GT4 race cars, and moving forward will eventually be offered as a bespoke MSO option. 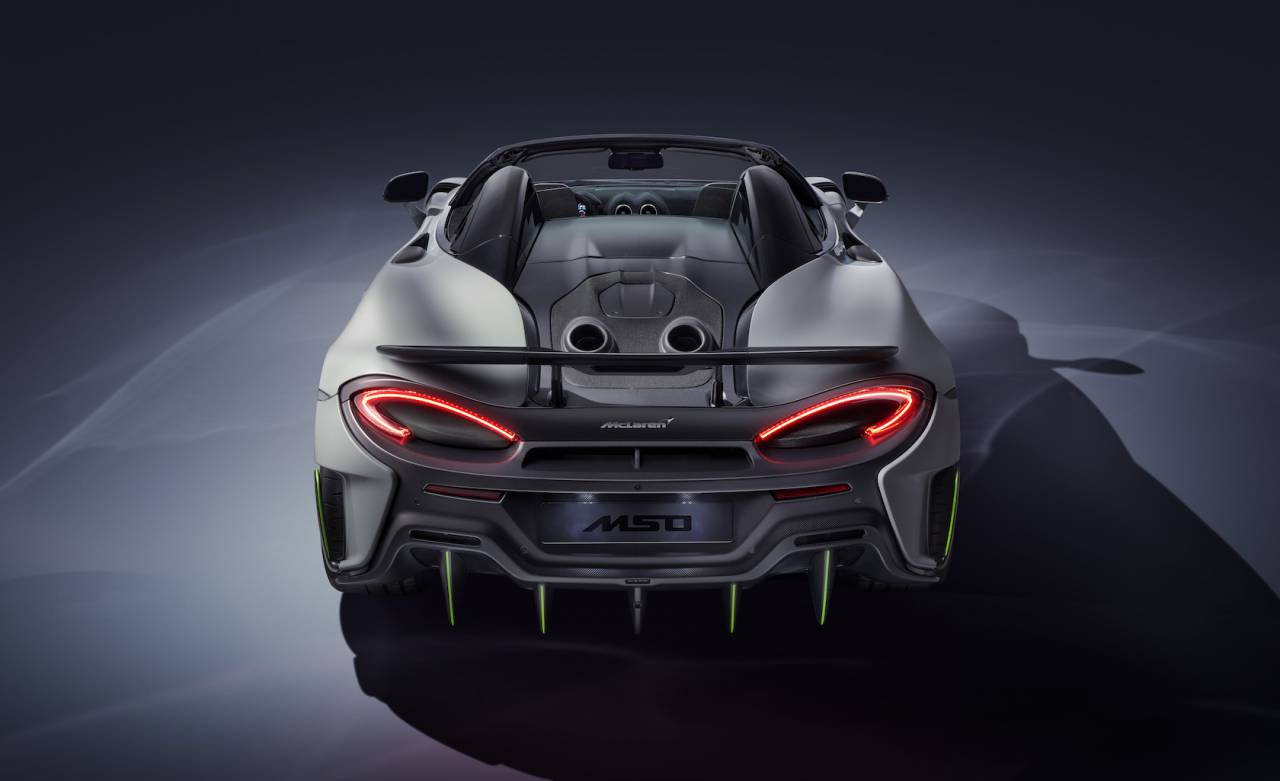 In the case of the 600LT Spider by MSO, it’s applied to the rear diffuser, splitter, sills, and door inserts. There’s also the full set of carbon fiber options, which have been given a satin finish. That matches the MSO Bespoke Carbon Black two-piece retractable hard-top, and indeed the 10-spoke Ultra Lightweight forged alloy wheels. Napier Green appears again behind them, with the brake calipers finished in the bright hue. 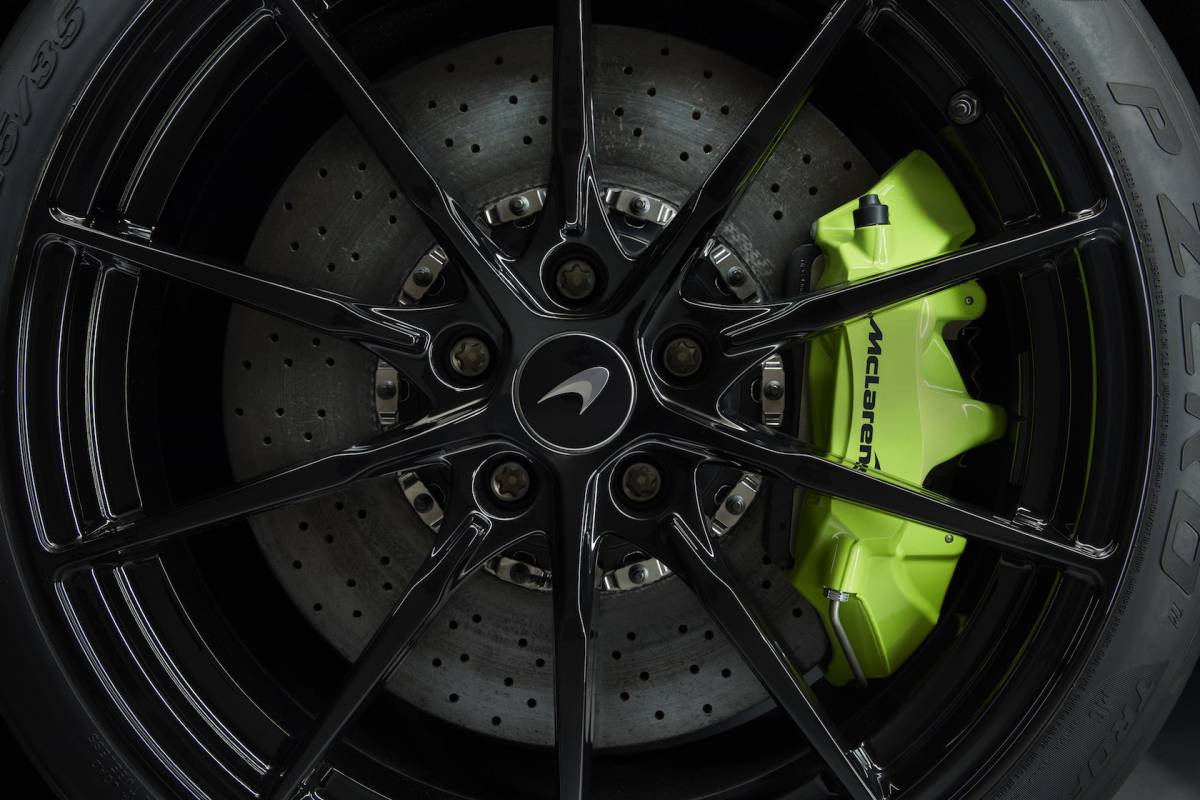 What MSO has been at pains not to do is dilute any of the core ethos of the Longtail family. Weight – or the lack of it – is a primary concern, for example, and so the Dove Grey paint was selected because, as a solid color, it’s lighter than a metallic or pearlescent finish might be. In the cabin, the super-lightweight carbon fiber racing seats – borrowed from the McLaren Senna – are given special embroidery. 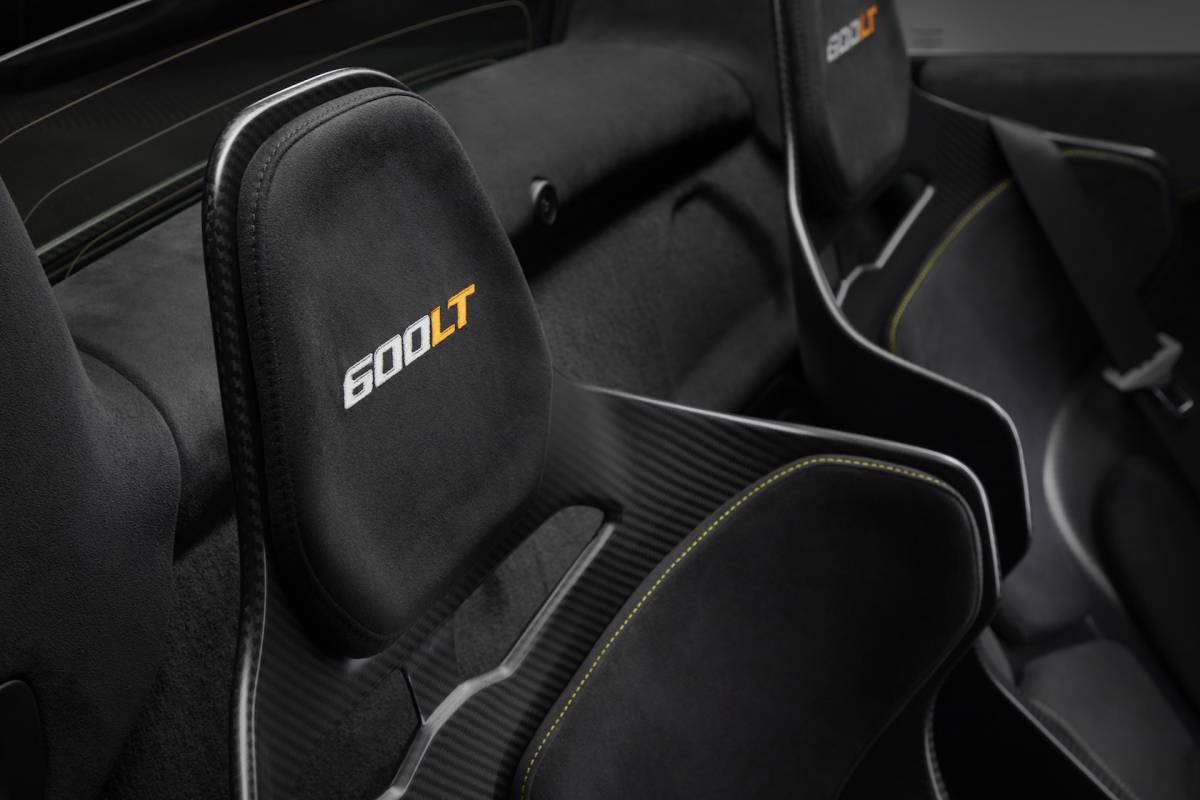 As we found when we took the 600LT Spider to the track earlier this month, the car is more than capable of wowing when it comes to performance. The 3.8-liter twin-turbocharged V8 delivers 592 hp and a 0-60 mph time of just 2.8 seconds. Roof up, it’ll do 201 mph; an independently controllable glass rear window gives a better aural connection with the huge, twin tailpipes that protrude from the rear deck.

In all, MSO has taken what will already be an exclusive car and made it even rarer. McLaren is only going to make the 600LT Spider in limited numbers, and for a single model year at that. Throw in the potential for customization via McLaren Special Operations, and you’re looking at a one-off that’s almost certain to become a classic in short order. We’ll be taking a closer look at it in Geneva at the beginning of March.