2020 Jeep Gladiator Review: You can’t always get what you want

The word “iconic” is overused, but the 2020 Jeep Gladiator stands a better chance than most of earning it. It’s still hard to believe that it took the automaker this long to make a pickup, but you can’t argue with the results, at least when it comes to looks. Clearly related to the Wrangler, but not merely the SUV with a bed slung on the back, it’s enough to make rival midsize pickups look positive soft. 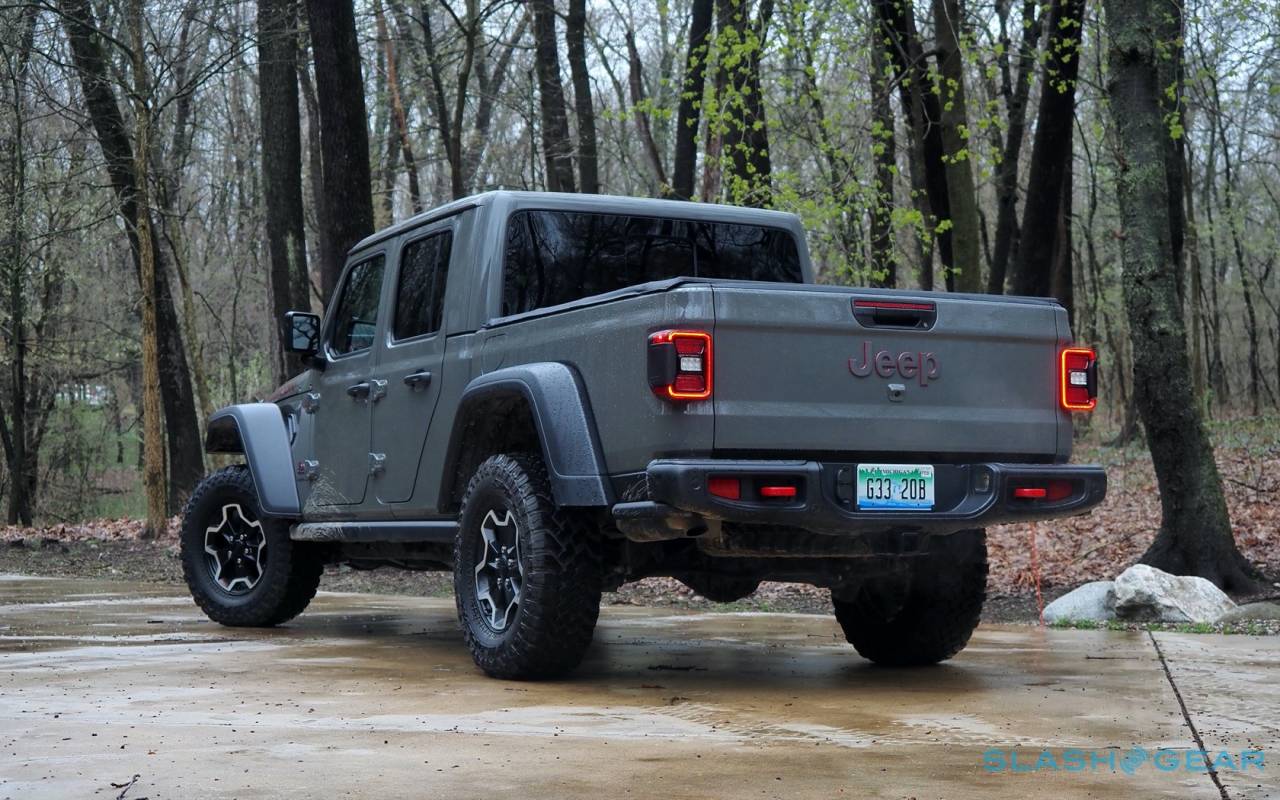 Regardless of which you pick, you get the same engine. Eventually there’ll be a 3.0-liter diesel V6 option, but for now it’s Jeep’s 3.6-liter V6 or nothing. That has an ample 285 horsepower and 260 lb-ft of torque, and – at 16 mpg in the city and 22 mpg on the highway – is on the thirsty side. A 6-speed manual transmission is standard; an 8-speed automatic adds $2,000 more. The Overland has the same Command-Trac Part-Time 4WD system as the rest of the range; the Rubicon distinguishes itself with 4:1 Rock-Trac Heavy-Duty Part-Time 4WD. 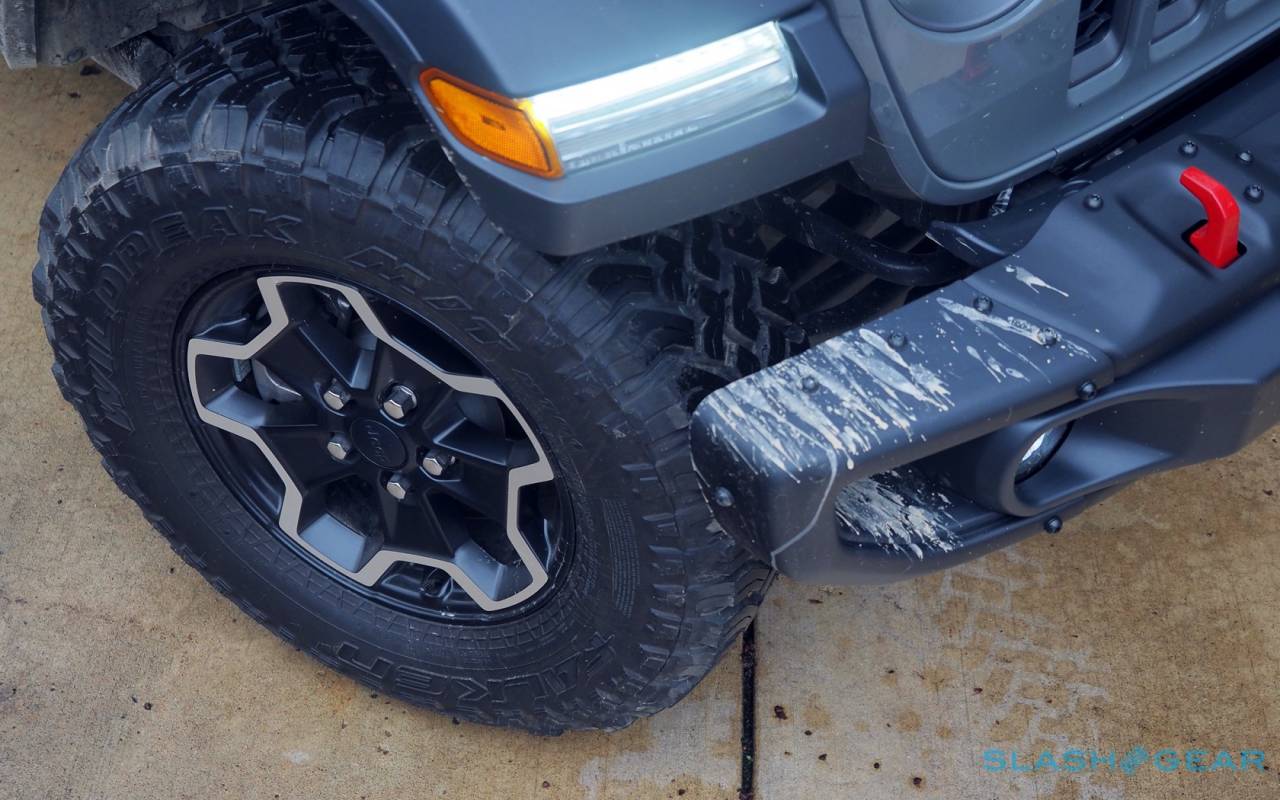 Either way it’s all controlled via a second lever alongside the transmission stick, and most of the time you probably won’t need to touch it. The general advice is to use 2H – or 2-High – most of the time, and only switch into 4H if things get arduously snowy, icy, muddy, or sandy. Even then, best to stick to around 50mph max. Unlike in other, more consumer-minded SUVs where you might stay in AWD mode full-time and leave the electronics to figure the best mix, the Gladiator’s 4WD is more of a focused tool. 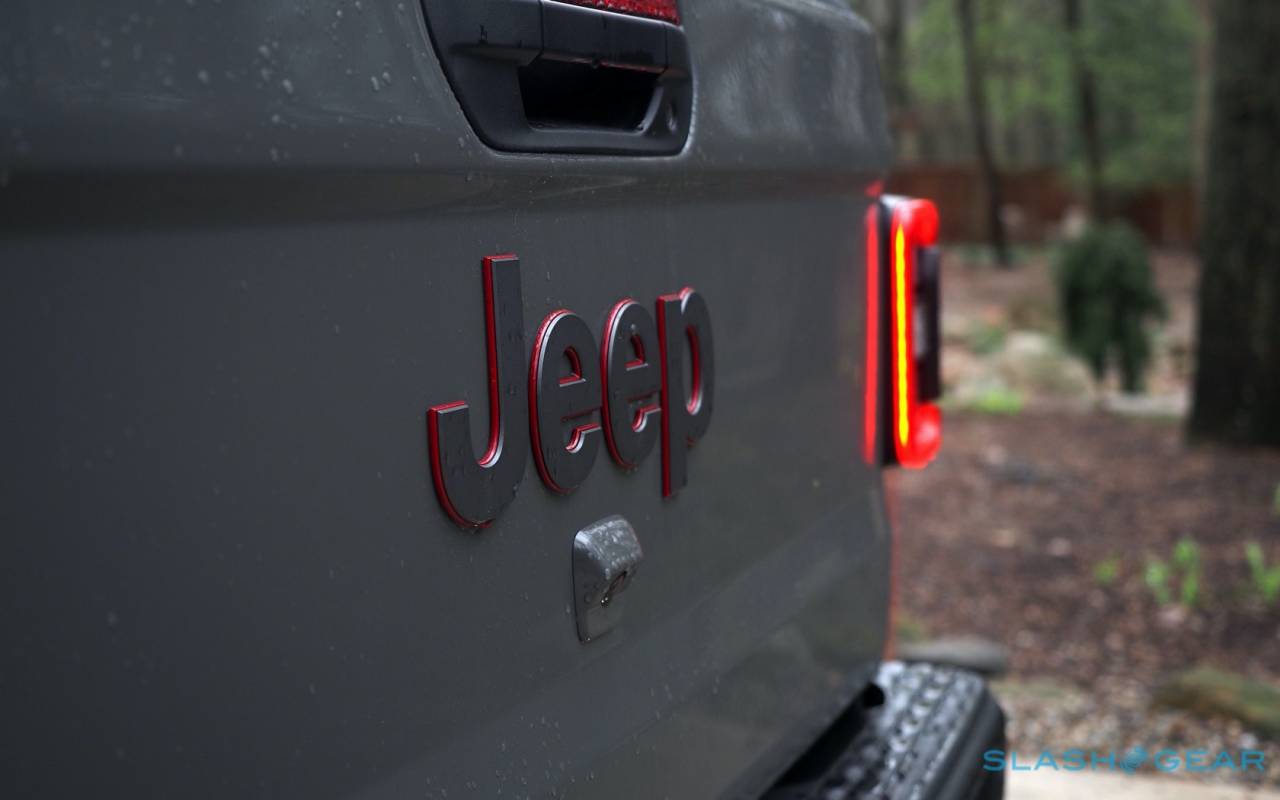 The upside there is capabilities. In the Rubicon, for instance, there’s a two-speed transfer case, the ability to lock the front and rear differentials, and a disconnecting front sway bar. Peer under the oversized arches and you’ll spot FOX 2.0 performance shocks; take a few steps back, and you’ll find rock rails and plate shields. Jeep’s Off-Road+ mode adds some electronic trickery, finessing gas, gearbox, and stability control to suit different terrain types and speeds. 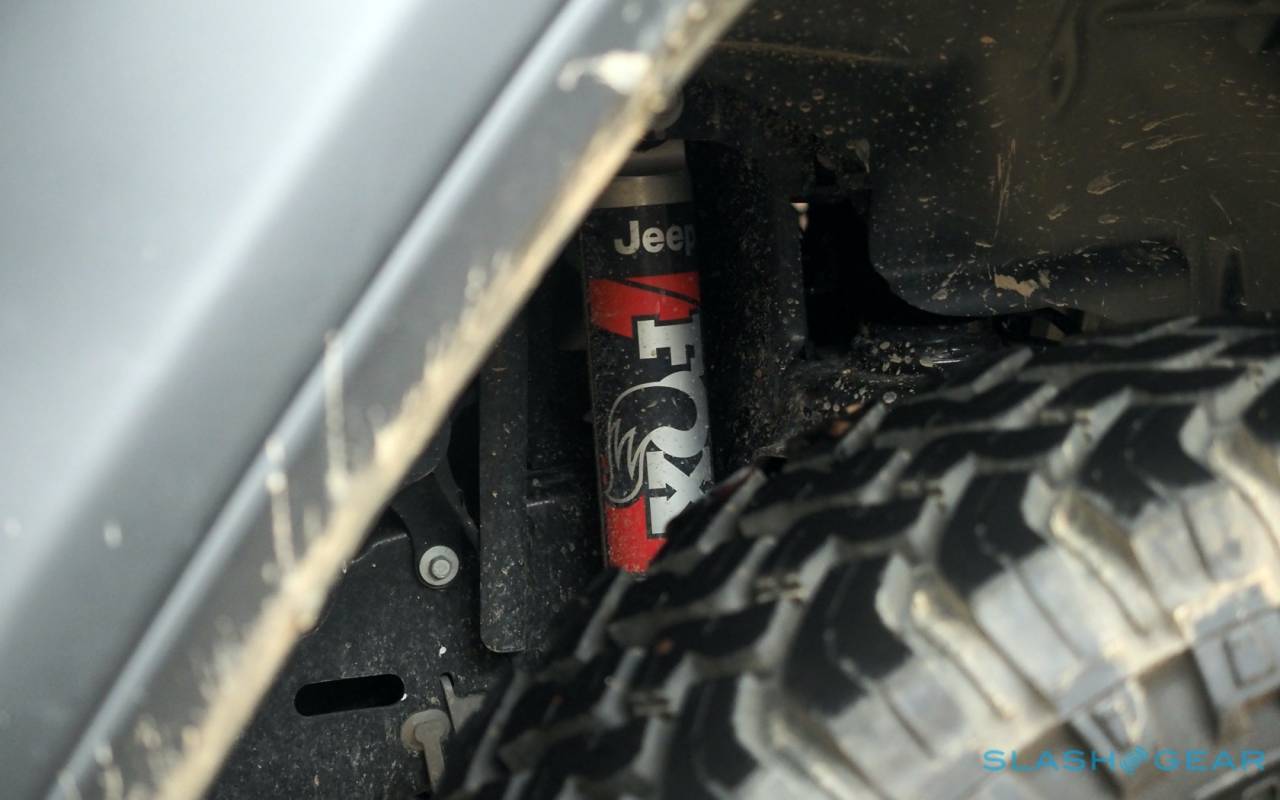 I’ve been off-road in both versions, so I can tell you it all works. Just how much you’ll actually need it, however, comes down to what you expect from an everyday truck.

Extended time living with Jeep’s pickup has only convinced me that my first impressions of the Gladiator hold true. Trying to deliver a truck that’s as much at home in the mud and clambering over rocks has the inevitable side-effect of reducing on-road comfort. And, while I’d like to think that my future could include exciting jaunts into the wilderness where the plucky Gladiator and I would prove undaunted by nature’s many obstacles, the reality is that the overwhelming majority of my time is spent on asphalt. 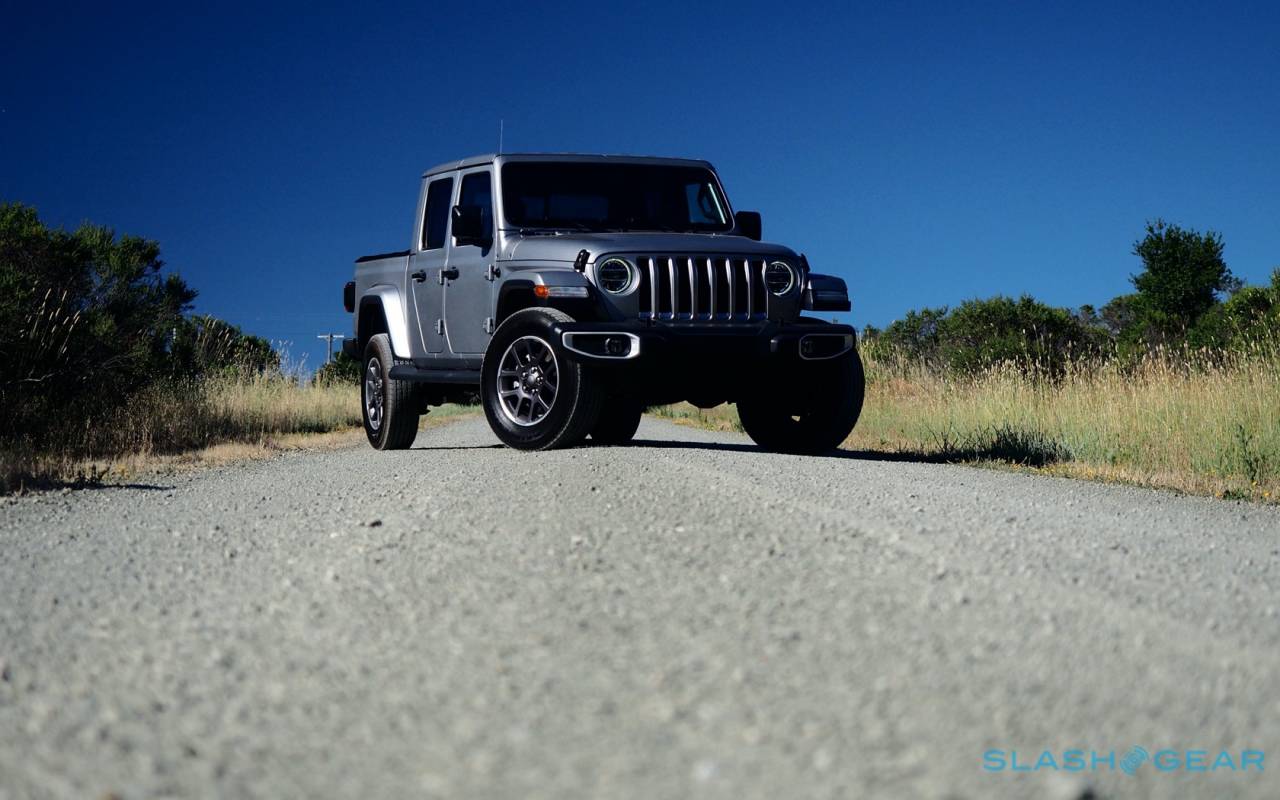 There, the Gladiator is bouncy, jittery, and prone to being unsettled by potholes and ridges in the road. The steering feels like it has too much play in it; on the freeway you’re always nudging at the wheel to keep it steady in the lane. It’s particularly noticeable in the Gladiator Rubicon, the 33-inch Mud-Terrain tires of which give it admirable stance but that special Jeep jiggle too.

If you’re coming from a Wrangler this is actually an improvement, the Gladiator’s longer wheelbase paying dividends. That’s really more testament to how underwhelming the Wrangler is in that sense, however. 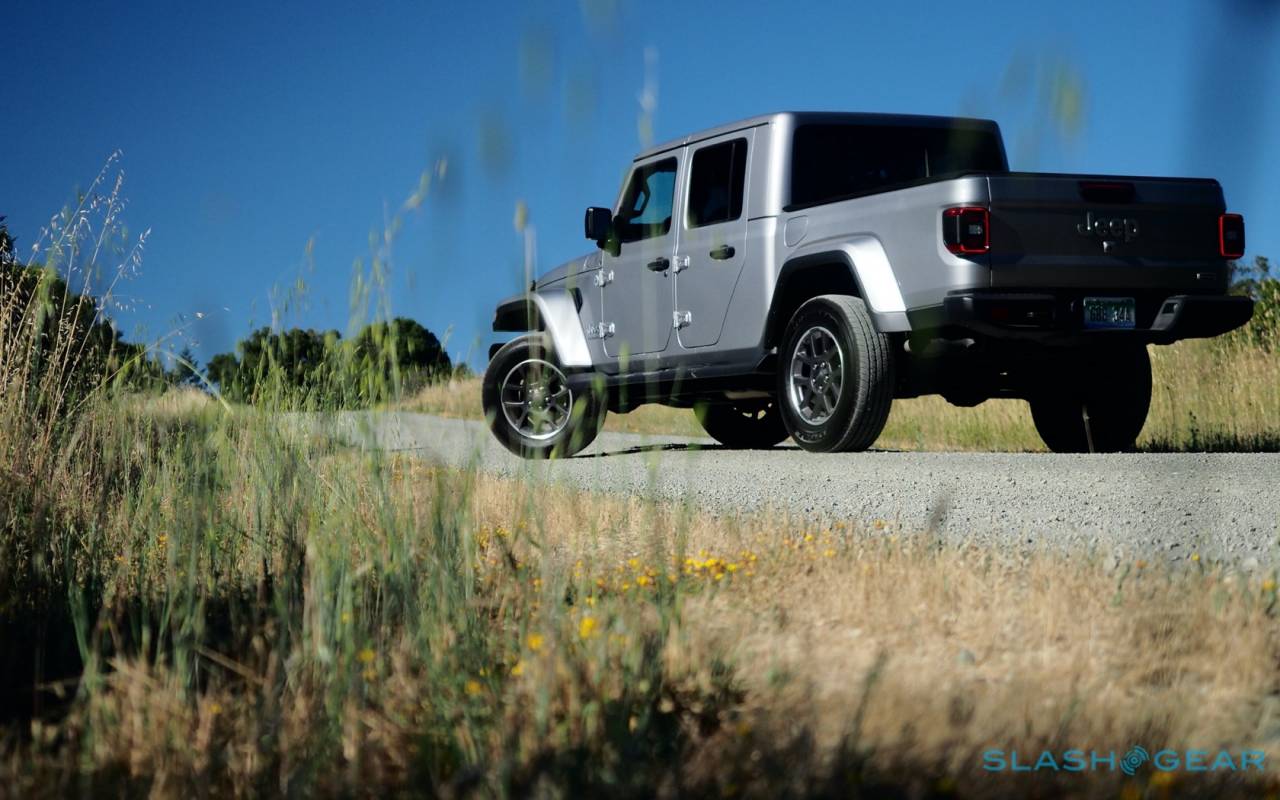 Inside, the familiarity carries over. Jeep’s cliff-face of a dashboard has plenty of buttons and knobs, surrounding – in these trims, at least – an 7-inch touchscreen infotainment system running Uconnect. The UI may look a little cluttered in places, but it’s fairly straightforward in how it’s all laid out, and reacts without lag. An 8.4-inch upgrade with navigation and an Alpine audio system is $1,595; either way you get Apple CarPlay and Android Auto. 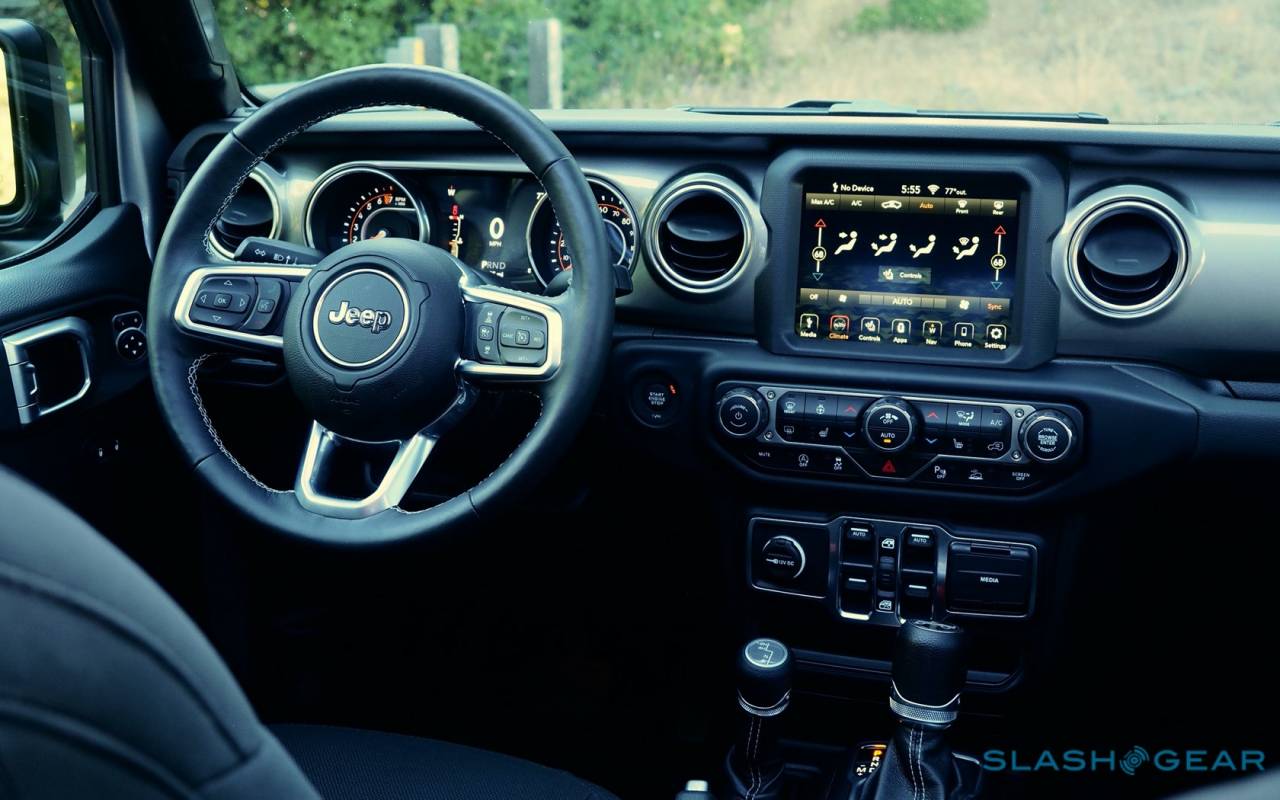 Jeep’s seats are comfortable and supportive, with manual adjustment as standard in the front. Cloth is standard too, though leather is a $1,495 option. $995 adds the Cold Weather package, with heating for the front seats and steering wheel, and remote-start. In the back, there’s more space than you’d get in a Wrangler, and the bench flips up usefully for extra cargo. 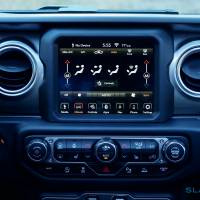 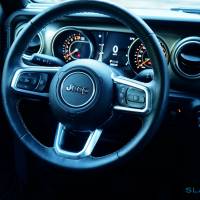 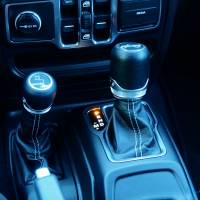 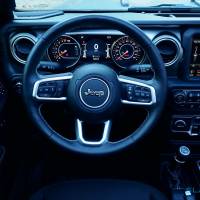 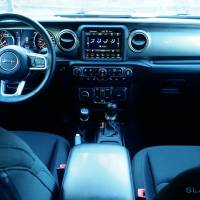 Still rare in the segment is the ability to whip off roof, the doors, and even flatten down the windshield. Taking off the three roof panels – a $2,295 option – is easy, though even when they’re attached there’s plenty of road noise at highway speeds. Detaching the doors requires a little extra work, though Jeep does include the tools and a box so you can avoid losing the screws.

Jeep only offers one cargo bed, 5 feet long and capable of up to 1,700 pounds of payload – configuration depending. That maximum is in the automatic Gladiator Sport S: the automatic Rubicon, though, has a maximum payload of 1,160 pounds. The towing rating is lower, too: 7,000 pounds versus 7,650. 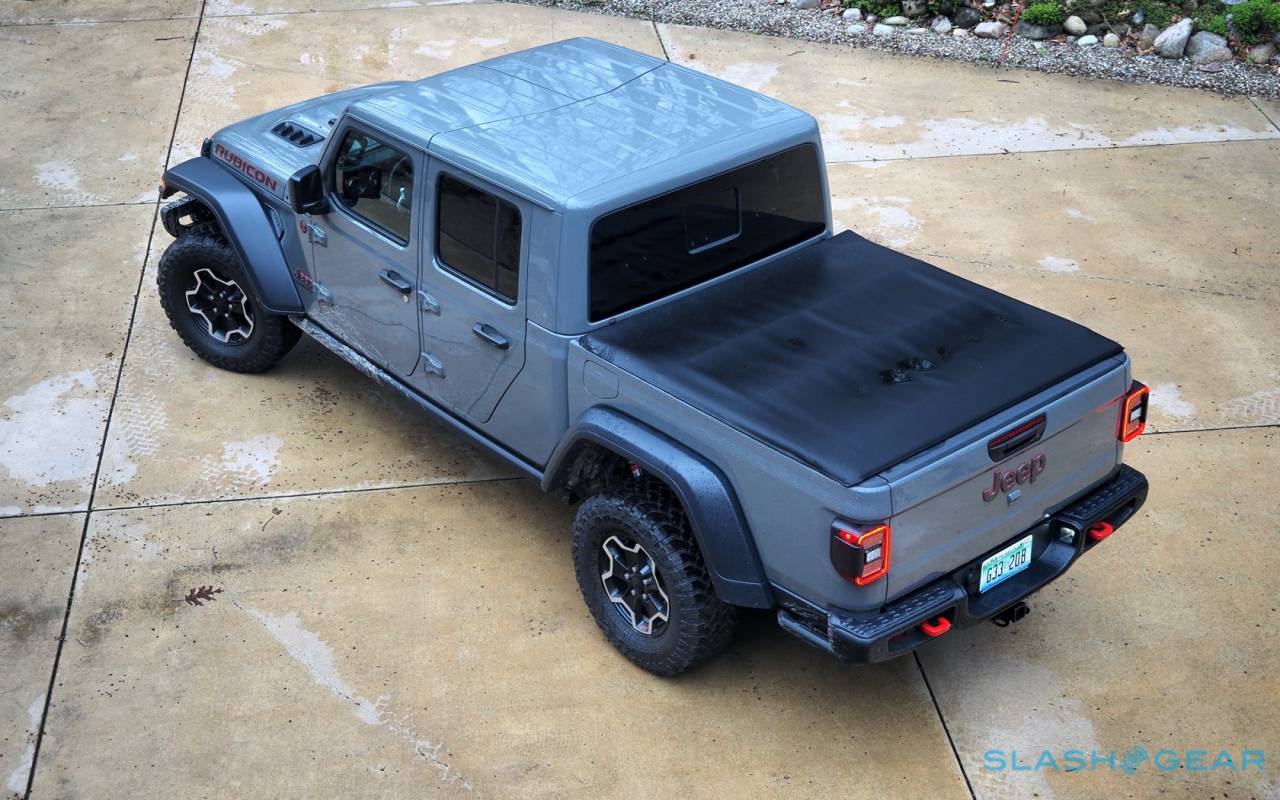 Adaptive cruise control is a $795 option that also adds forward collision warning; $895 gets you the Active Safety Group, with parking sensors, blind-spot monitoring, and rear cross traffic warnings. The clever little front TrailCam camera, which can get a soapy spritz at the tap of the touchscreen, is just as useful in parking lots as it is when navigating mountain passes.

I’ll level with you here, I’m kinda frustrated by the 2020 Gladiator. I love Jeep’s aesthetic, and it seems I’m not alone: I drove the Overland in California and the Rubicon in Michigan, and regardless of West Coast or Midwest, both turned plenty of heads. I desperately wanted the experience behind the wheel to be as gratifying. 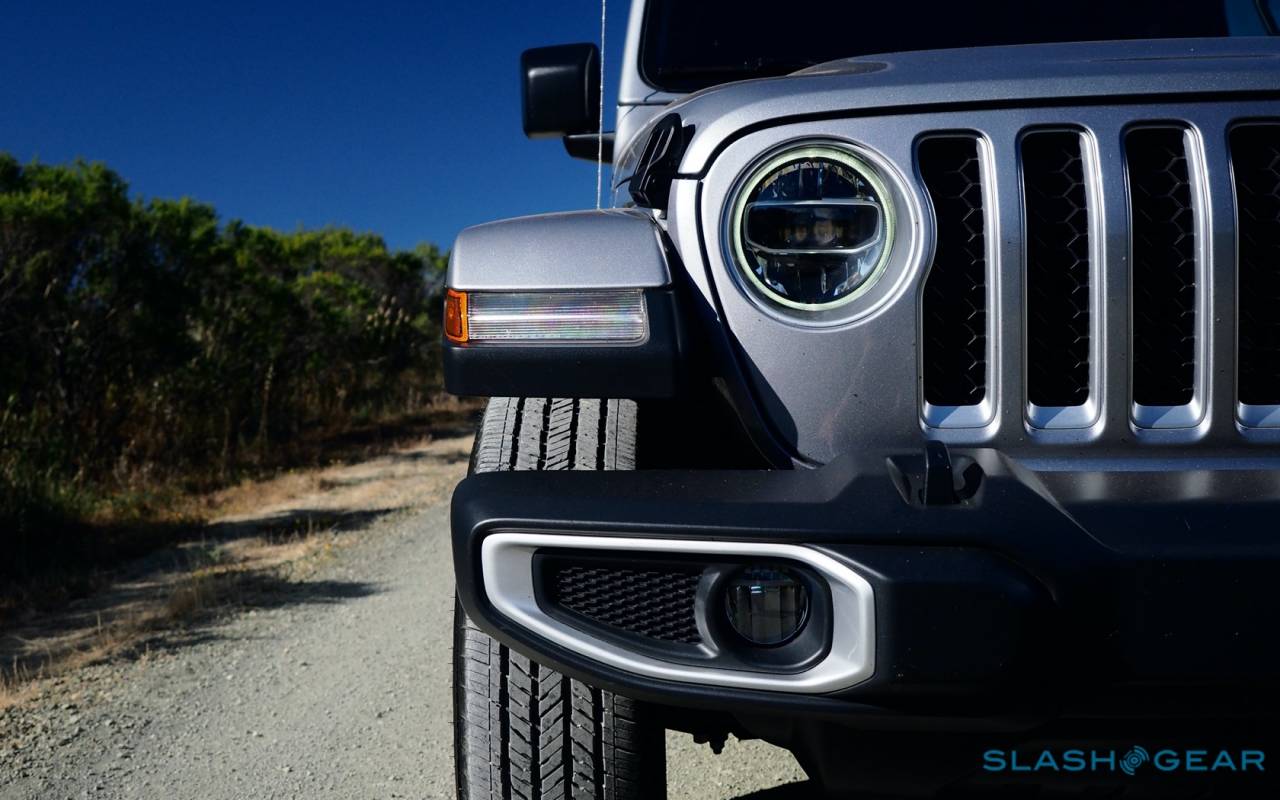 Sadly, it seems my lifestyle doesn’t live up to the lifestyle the Gladiator has in mind. It’s the equivalent of a large, playful dog, always wanting to go out and frolic in the mud. I, though, just want something that looks great, can handle the odd trip to Home Depot or the garden center, and which doesn’t underwhelm the other 95-percent of the time on the road.

I won’t argue that that’s a “Chris problem” not so much a “Gladiator problem” but I can’t imagine I’m the only person who finds themselves in this situation. Jeep promised that the Gladiator would be the Wrangler pickup fans had been asking for, and on that it certainly delivered. The rest of us, well, we either have to buy into just what that means for a truck, or take our money elsewhere.