This 2020 Jeep Gladiator camera is something every truck should steal

Sometimes it’s the little details that are the most charming, and while the 2020 Jeep Gladiator may be the automaker’s long-anticipated pickup truck, it’s one handy camera which could make all the difference off-road. While a reversing camera comes as standard, Jeep is also offering a front facing camera on the new Gladiator, and it’s all about getting the best perspective while you’re focusing.

You might think you have a pretty good view of the road ahead of you in your current car. Point that in the direction of an off-road track, however, and suddenly things may seem very different. If you’re lucky, you’ll have a spotter to guide you – and your wheels – in the right direction. If you don’t, though, you’re reliant on how much you can see ahead of the front lip of the hood.

In most cars, that means there’s about a six foot blind spot: the part of the path in front of you that’s obscured by the hood of your car. Not such a problem if you’re on the highway, no, but if you’re trying to squeeze around tight trails between trees or rocks, or avoid falling off the side of a steep cliff, then that six feet can suddenly feel a whole lot more intimidating. 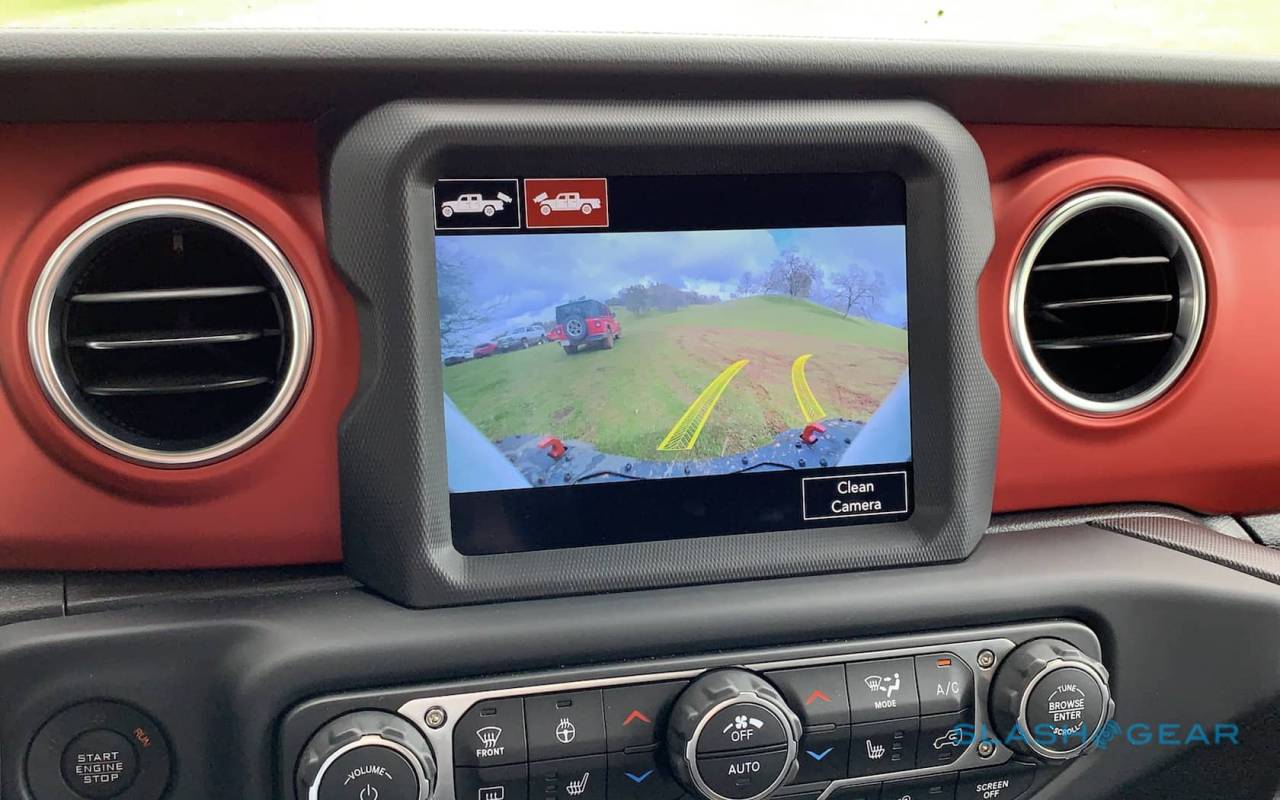 Jeep’s answer on the Gladiator is a front facing camera. It’s an option, but one I’d expect many off-road fans to spend the extra money on – pricing is tbc – when they order their new pickup. It’s also one of the more fun features on the new truck.

Basically, just like a reversing camera on the rear of modern vehicles, the Gladiator’s front camera is a wide-angle lens that beams a live view to the dashboard touchscreen. It’s mounted in the center vane of the Jeep’s grille, a black plastic nodule that blends in for the most part with the mesh.

From the Gladiator’s UConnect infotainment touchscreen, you can choose the front-facing camera view. That shows the roughly two feet of terrain ahead of the pickup. There are also dynamic guidelines, which move on-screen as the steering wheel is turned, so that you can see where exactly you’re aiming the truck.

Most fun? Probably the integrated cleaning system. If you’re pushing the Gladiator hard off the pavement then it’s probably going to get muddy, and the front facing camera is in the perfect spot to get a liberal coating of grime. Happily there’s a “Clean Camera” button on the touchscreen: press that and the Jeep spritzes the lens with the same soapy water as is used for the windshield washer jets. 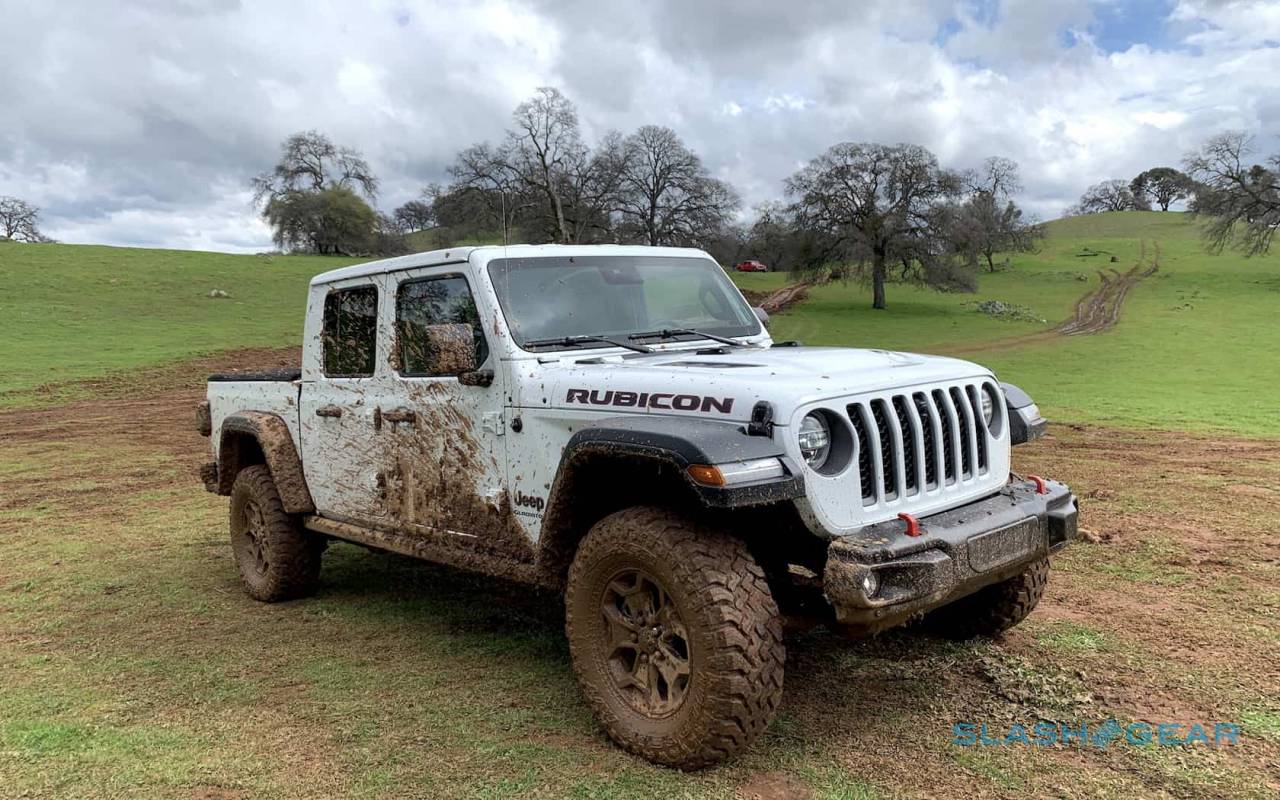 It’s surprisingly effective, too. You can hold your finger down on the button and have it continuously spray, to loosen any particularly stubborn muck. Unlike most reversing cameras or other surround-view cameras, which automatically shut off after a few seconds of driving, Jeep’s front facing camera stays on-screen for extended periods.

Of course, there’s more to Jeep’s new truck than just a fancy front camera, no matter how much fun it might be to play with. How does the new 2020 Gladiator hold up on the road and off it? That we can tell you in just a few days time.