It’s clear that Genesis is on a roll right now, its first SUV reaping rave reviews, and a smaller – and even more striking – crossover set to do the same in the segment below. Easy, then, to forget where that punchy reputation arguably first started, in the shape of the G70 sedan. Flag-bearer for the South Korean luxury marque’s eye-catching aesthetic, the G70 also neatly demonstrated that Genesis knew how to dial in a sports sedan.

Fast forward to today, and the 2020 G70 RWD 2.0T isn’t quite so shocking. Genesis only has itself to blame for that, of course: the G90 refresh took unexpected risks and ended up with a polarizing – but, to my eyes, thoroughly welcome – new design, a baton the 2021 G80 picked up and ran with convincingly. 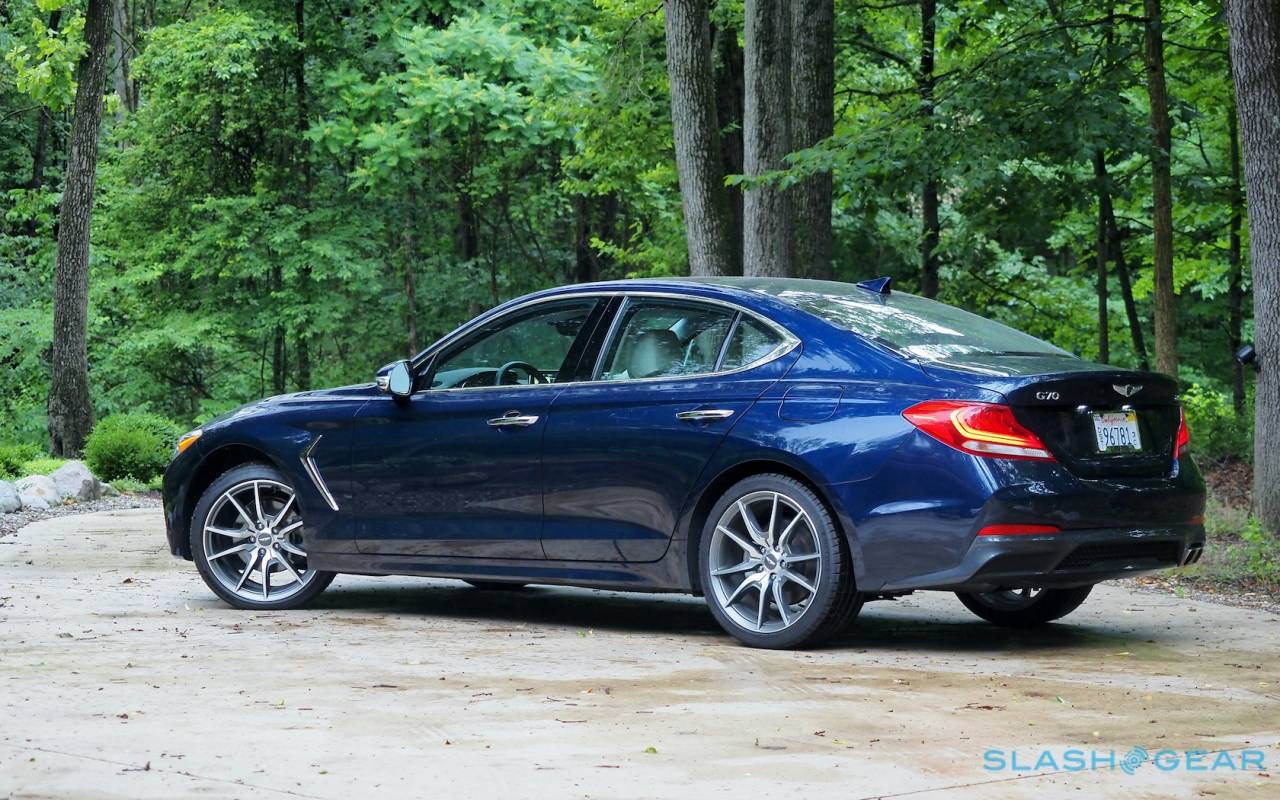 Compared to those bigger sedans, the G70’s once-striking proportions now feel a little more comfortable. It’s a good-looking car, and though features like the oversized grille and bolder crease-lines aren’t uncommon in the segment now, Genesis arguably does a less controversial job of including them than, say, BMW manages with its outsized nostrils. 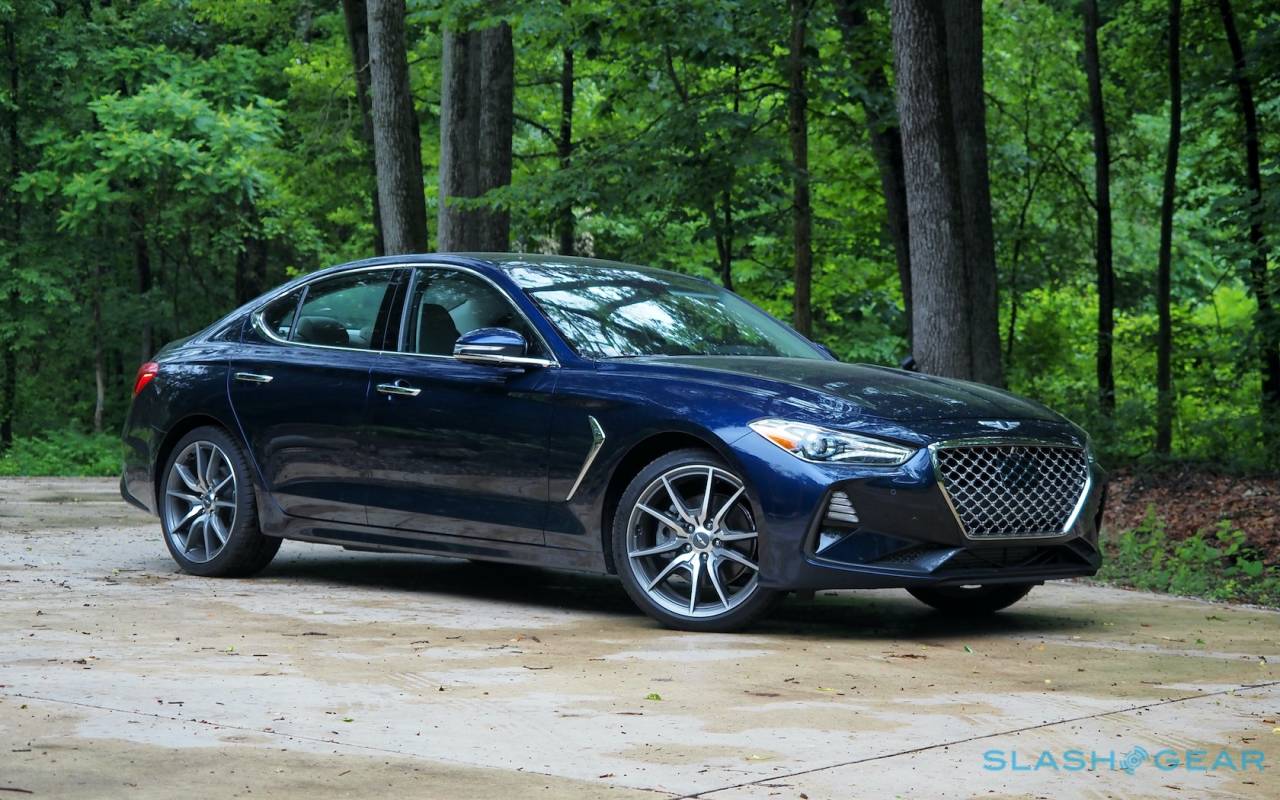 Genesis offers two engines with the G70, a 2.0-liter turbocharged inline-4 dubbed the 2.0T, and a 3.3-liter turbocharged V6 badged as the 3.3T. The former packs 252 horsepower and 260 lb-ft of torque, the latter 365 horsepower and 376 lb-ft; both can be had in rear-wheel drive or all-wheel drive form. An 8-speed automatic transmission is standard, or you can have the G70 RWD 2.0T with a 6-speed manual.

Stick-shifts in this segment are a rare bird, but sadly the G70’s manual isn’t among the best. Better, then, to stick with the automatic and rely on the paddle-shifters. In my RWD 2.0T test car, the 8-speed delivered the ideal balance of eagerness in sport mode and slush in comfort. There’s a time and a place for manuals, but it’s not here. 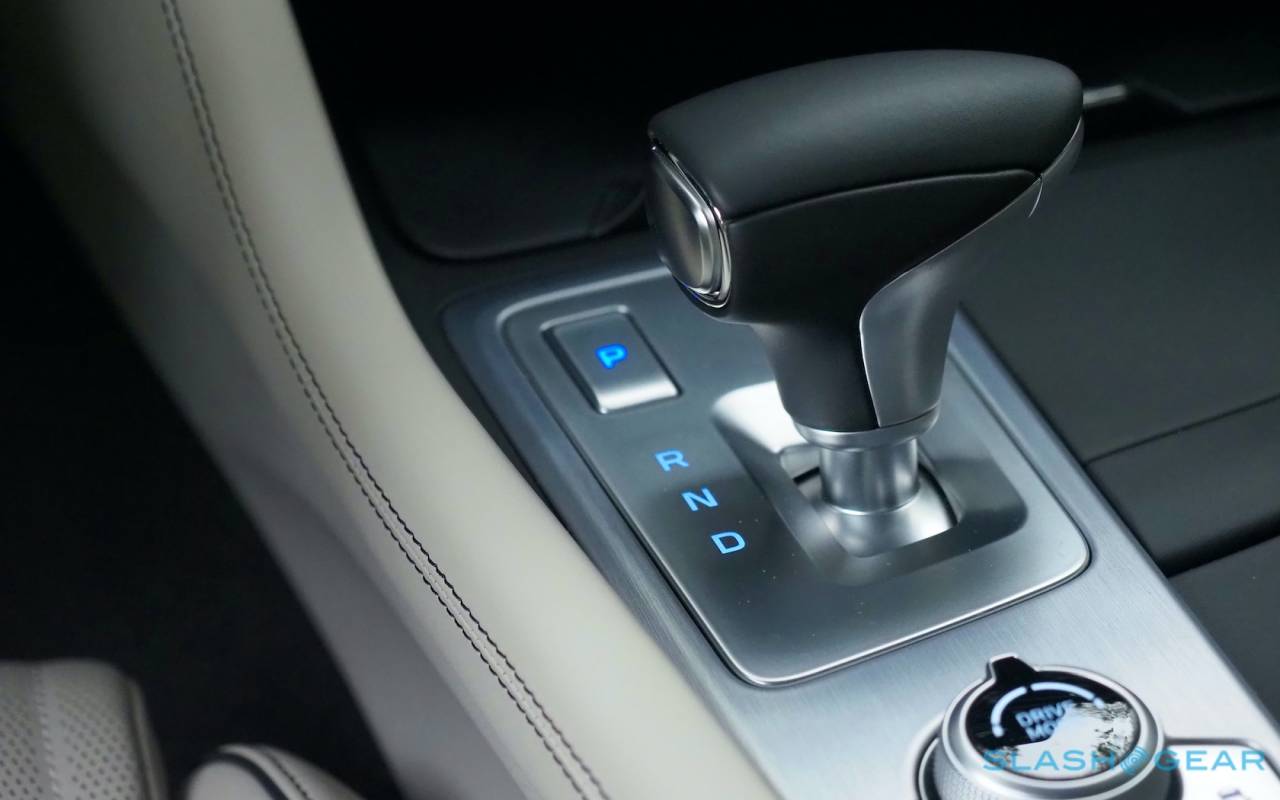 While it may be the smaller of the engine options, the 2.0-liter turbo is just fine. Do you miss the extra grunt of the 2.5T Genesis offers in the new G80? Yes, of course, but the smaller inline-4 is sufficient to take on an entry-level 3 Series or C-Class. It defaults to “smooth and comfortable” rather than anything more aggressive, with the bulk of the torque on offer showing itself in the midrange.

There’s no limited-slip diff that Genesis offers on the 3.3T Sport Package, but you don’t really miss it. Genesis’ handling has been set up so nicely, and its steering is so direct and well balanced, the G70 encourages playfulness while simultaneously telegraphing its limits. The standard brakes lack the fetching red glint of the Brembo upgrades, but they do a perfectly reasonable job of shedding speed. 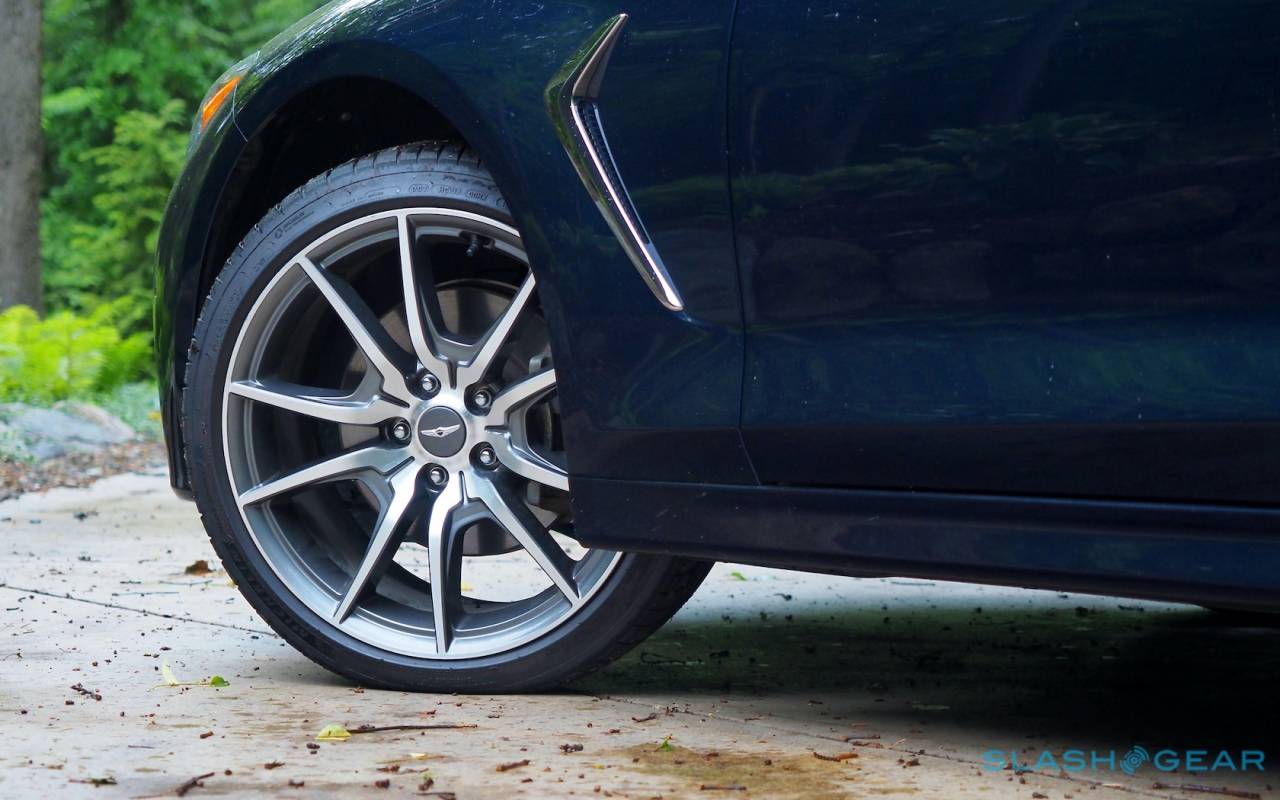 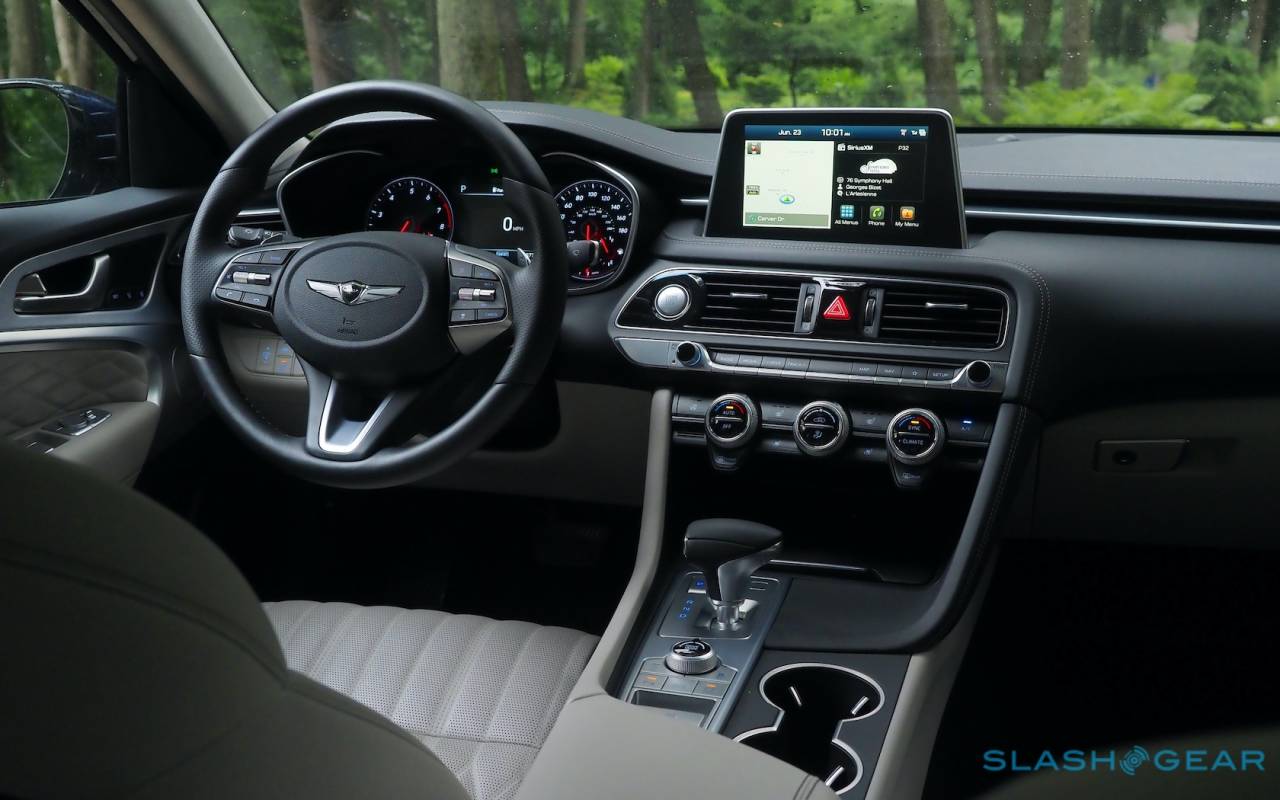 That’s mighty competitive for the segment, where Audi, BMW, and Mercedes will gladly lure you in with their A4, 3 Series, and C-Class respectively, and then do their best to load you up on extras before you leave the dealership. As for how it’s put together, Genesis does well, but doesn’t quite make a clean sweep. 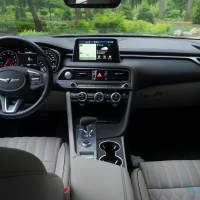 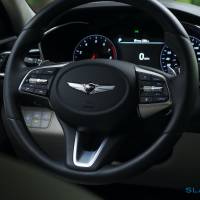 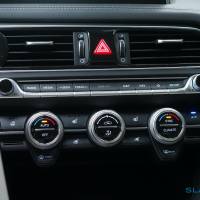 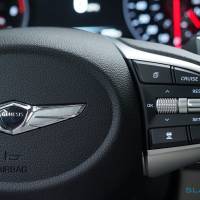 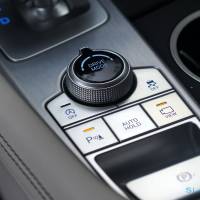 Build quality is strong, and there’s plenty of space up-front; middling rear seat legroom and a 10.5 cu-ft trunk – much smaller than the Germans manage – make it worth calling shotgun. The dashboard in general looks good and has plenty of physical controls, with more buttons splayed across the steering wheel too. Unfortunately for the G70, Genesis’ other recent models have shown just what the automaker is capable of.

Compared to the serene graphics and sizable touchscreen on the G80, the G70’s smaller panel and UI cribbed from Hyundai feel underwhelming. The same goes for the 7-inch display sandwiched between the analog gauges: graphics from Genesis’ corporate parent simply don’t feel upscale enough. 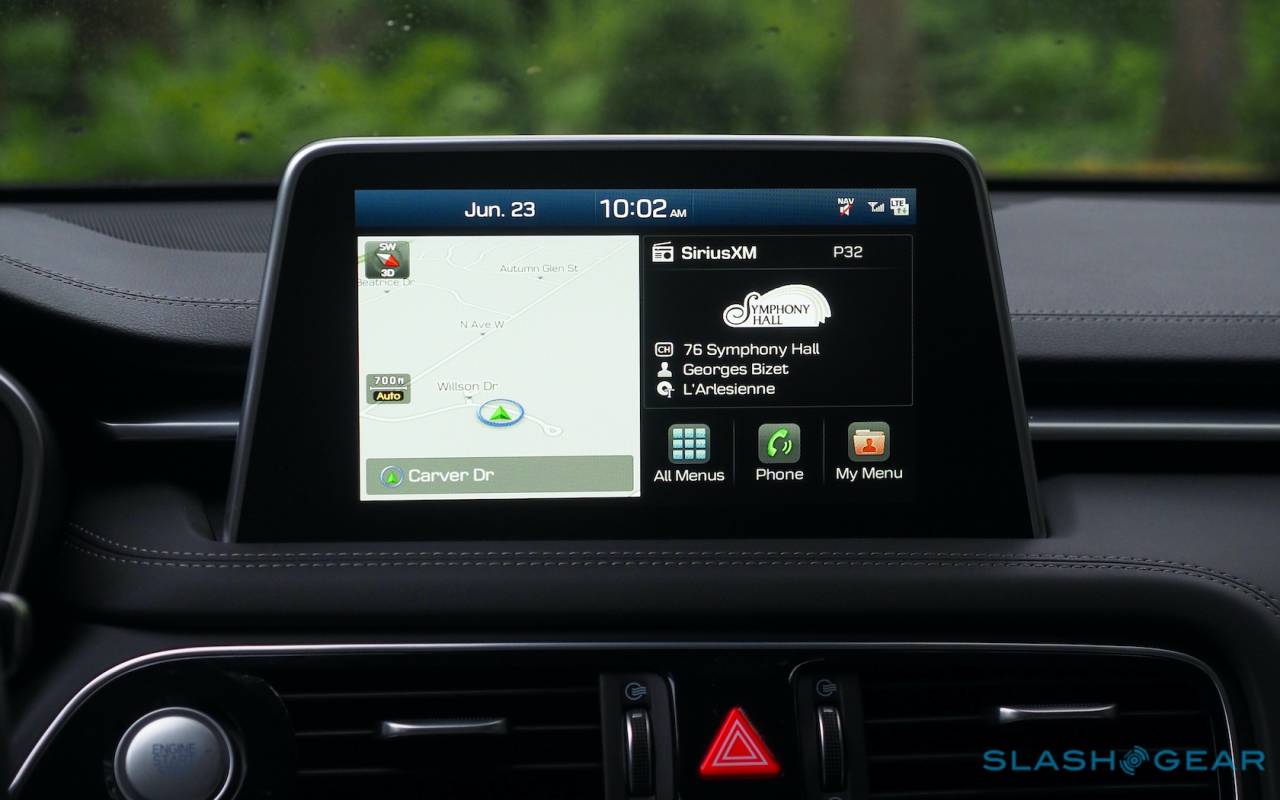 You really can’t argue with the equipment list, though. Adaptive cruise control is standard, as are blind-spot warnings, rear cross-traffic alerts, lane departure warnings and lane-assistance, and forward collision warnings with automatic emergency braking. Genesis’ warranty is worth a mention, too, at 5 years or 60,000 miles. If you’ve started to feel like the Germans don’t value your custom, Genesis’ valet pickup and loaner service could restore that much-loved feeling. 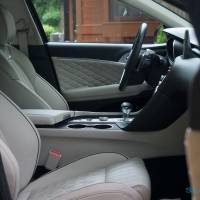 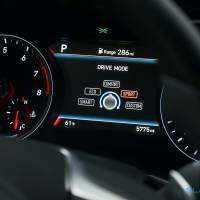 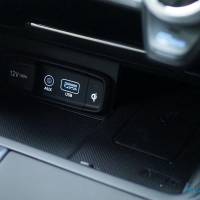 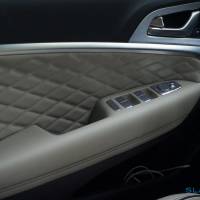 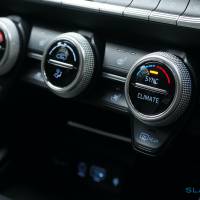 The lingering question with the G70 is whether the engine upgrade is worth it. Pricing kicks off at around $36,000 for the 2.0T, and then spirals up around $10k for the 3.3T. You do, though, get extra cabin niceties along with the more potent engine. There’s not even a huge hit on economy: the 2.0T is rated for 18 mpg in the city or 28 mpg on the highway, while the 3.3T comes in at 17 mpg city or 26 mpg highway. 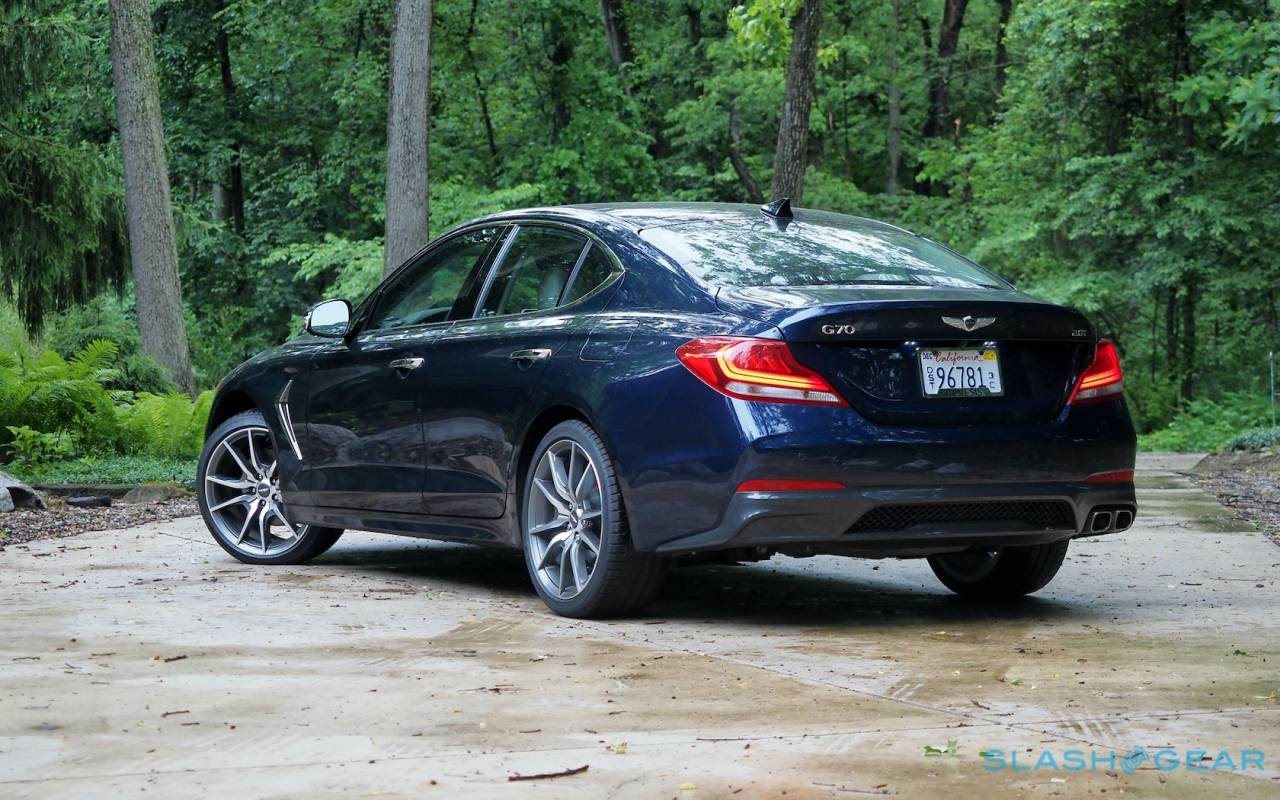 Personally, I’d say the 3.3T is a more rewarding way to get around, and makes the most of the excellent dynamics that Genesis has dialed into the car. Even in entry-level spec, though, the G70’s good first impression holds strong, and with the pleasantries of the comparatively affordable Elite and Prestige packages thrown in it’s a reminder that there’s still room for a wild-card among the luxe-sport sedans.