Change is in the air at Bentley and, as the British automaker mulls its electric future, the legendary Mulsanne bows out to make way for whatever modern luxury might look like in the next decade and beyond. Six-figures worth of handcrafted excess, the Mulsanne Speed remains a rarity even after 11 years of production, vast and uncompromising in both power and opulence.

Much like the earliest “horseless carriages” took a literal route in replacing beast with bored-cylinders, so too the Mulsanne takes a straightforward approach to moving far, fast, and in finery. Your $342,300 – a starting point, naturally, more than a target – gets you a huge engine with record-setting potency, conveying a cabin as much a gallery of artistry as a place to sit. 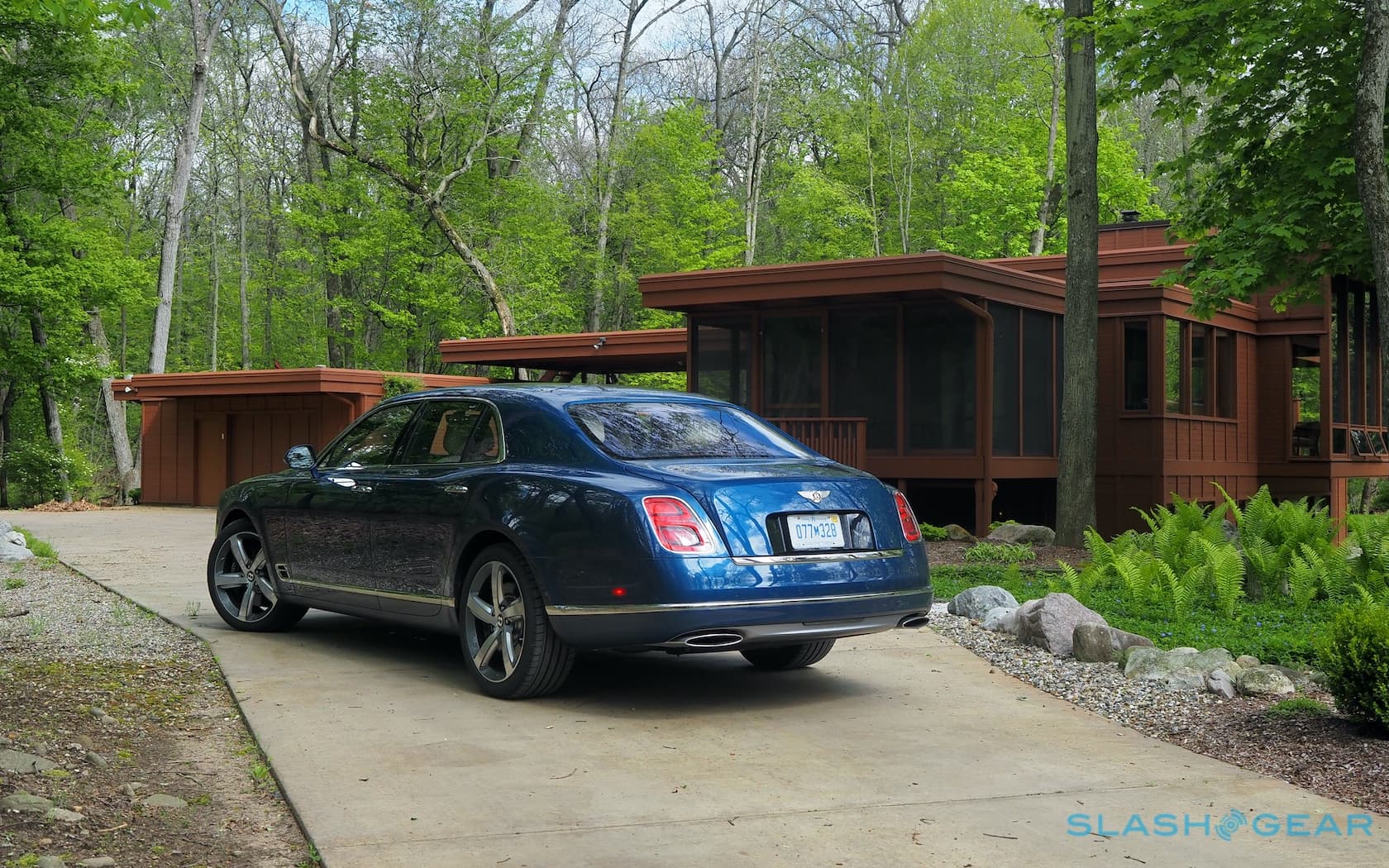 While the Mulsanne’s discontinuation is one thing, the curtains being drawn on the engine that powers it truly is the end of an era. The longest continuously-produced V8 engine in the world, the 6.75-liter had been a mainstay of Bentley for more than six decades. Modified, massaged, and tweaked since its 1959 debut, ever-pressing carbon dioxide emission standards forced its fate. Bentley just couldn’t squeeze any more frugality out of an engineering legend. 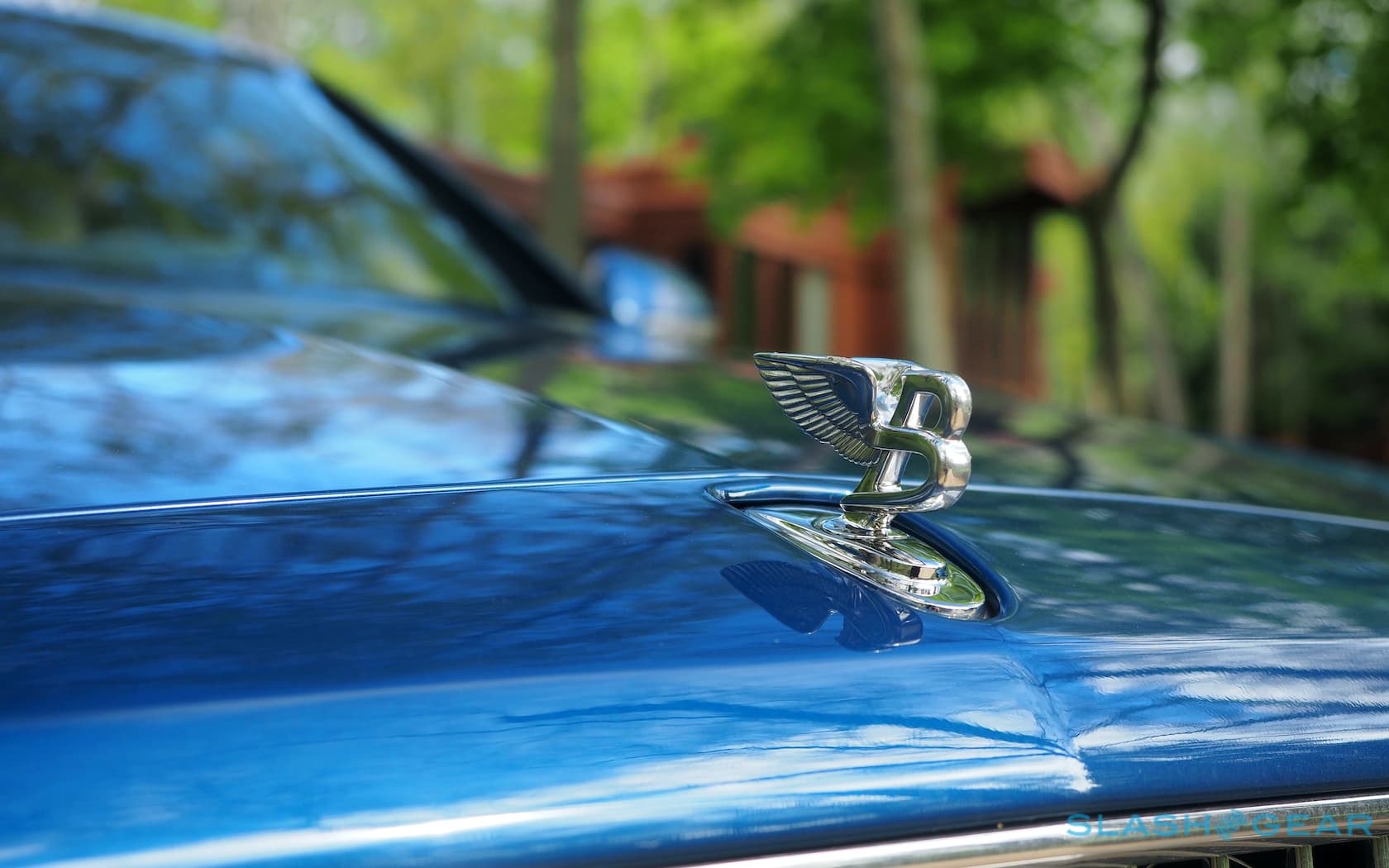 Little prepares you for the experience of driving a Mulsanne. 530 horsepower is already lavish, but 811 lb-ft of torque is positively monstrous. Funneled directly to the rear wheels alone, it has the near-6,000 pound sedan thundering forward like the mightiest engine from an “Age of Steam” showreel. 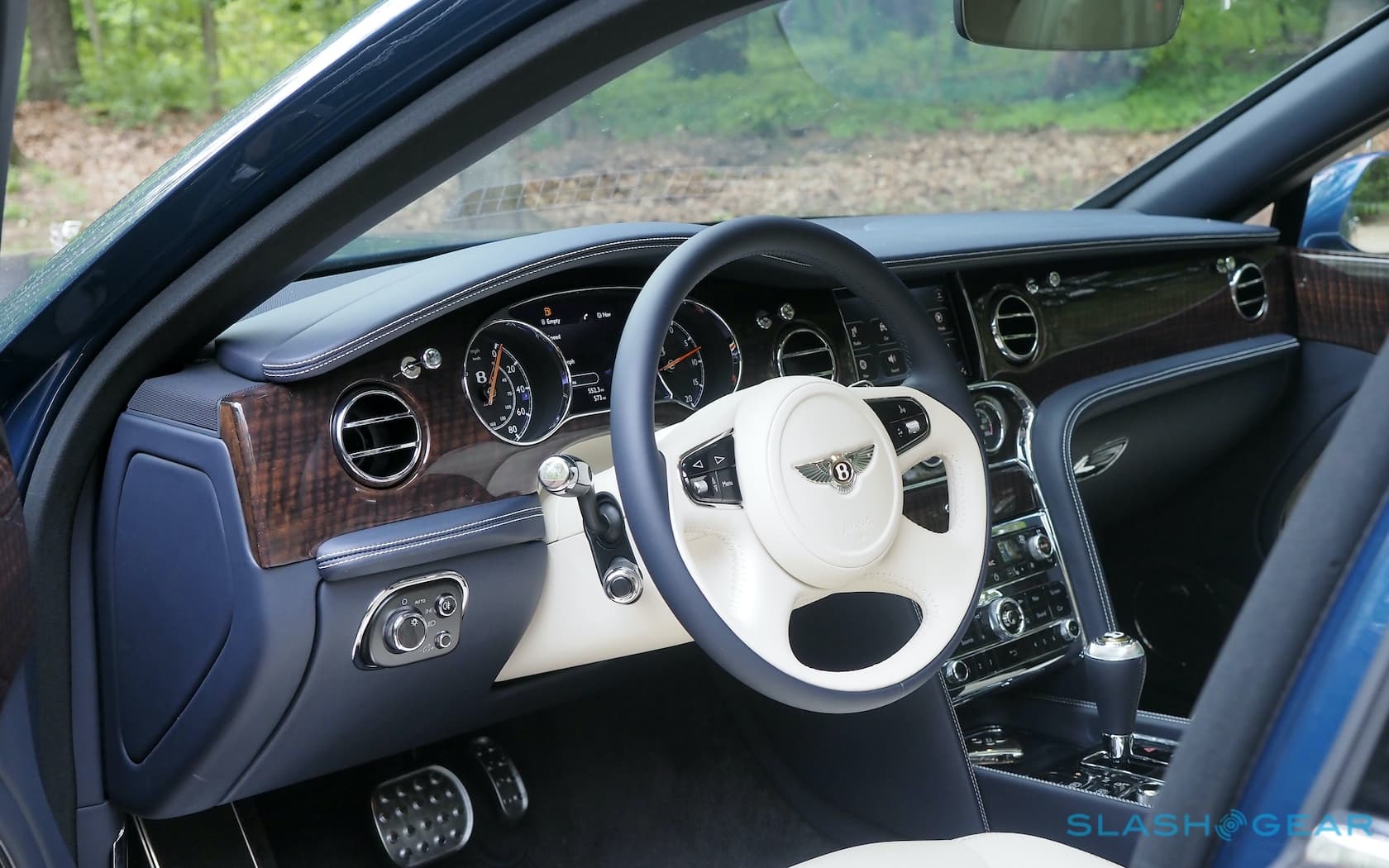 The eight speed gearbox slushes through its ratios with the subtlety of a royal butler. Demand pace from the Mulsanne, and there’s the slightest pause first, the sense that it’s pulling up its sleeves before proceeding to hurtle forward with little consideration of what common-sense says something this large should or shouldn’t be able to do. 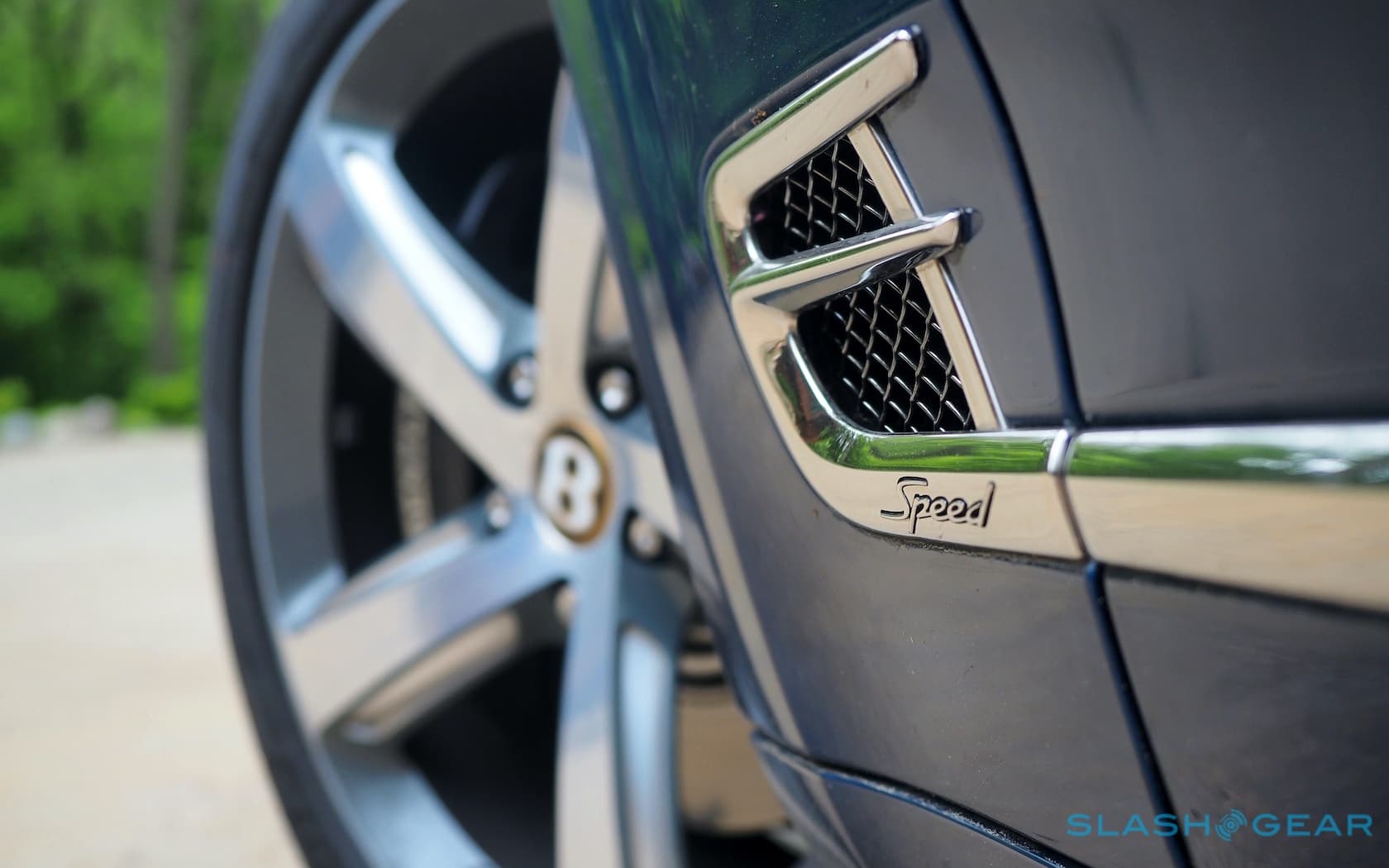 Come the corners, and that weight is a reminder that – even with the “driver-focused sports suspension and steering” that Bentley introduced with the Mulsanne Speed in 2015 – at some point you must give the laws of physics their due. Scale alone means its eighteen feet aren’t exactly backroad brawler material, but treat the Mulsanne with sweeping curves and it glides like little else. Road trips in this car are enough to make you forget any other form of long-distance transportation. 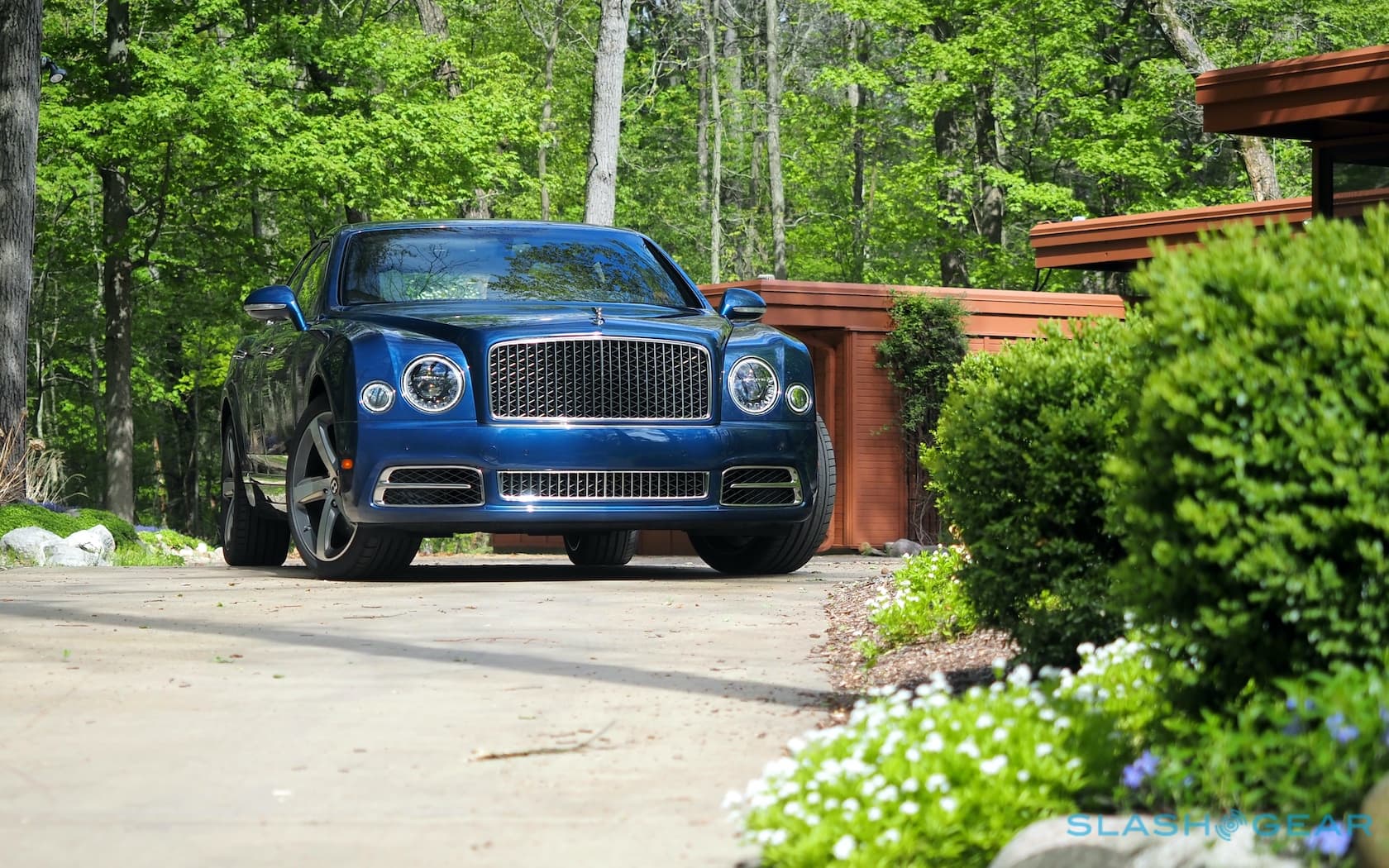 No small part of that is down to the cabin. There are a handful of automakers doing great things with interiors right now but, with all due respect to them, nothing quite bests a Bentley for how special the interior can feel.

The key is remembering just how much effort, and talent, went into each part you’re admiring. The contrast stitching atop the dashboard, joining each supple panel of pristine hide together? That was stitched by a Bentley craftsperson, and it’s entirely possible that their career started as an apprentice at the Crewe factory before, after years of demonstrating fiendish talent, they rose like cream to be worthy of a place in the Mulsanne production hall. 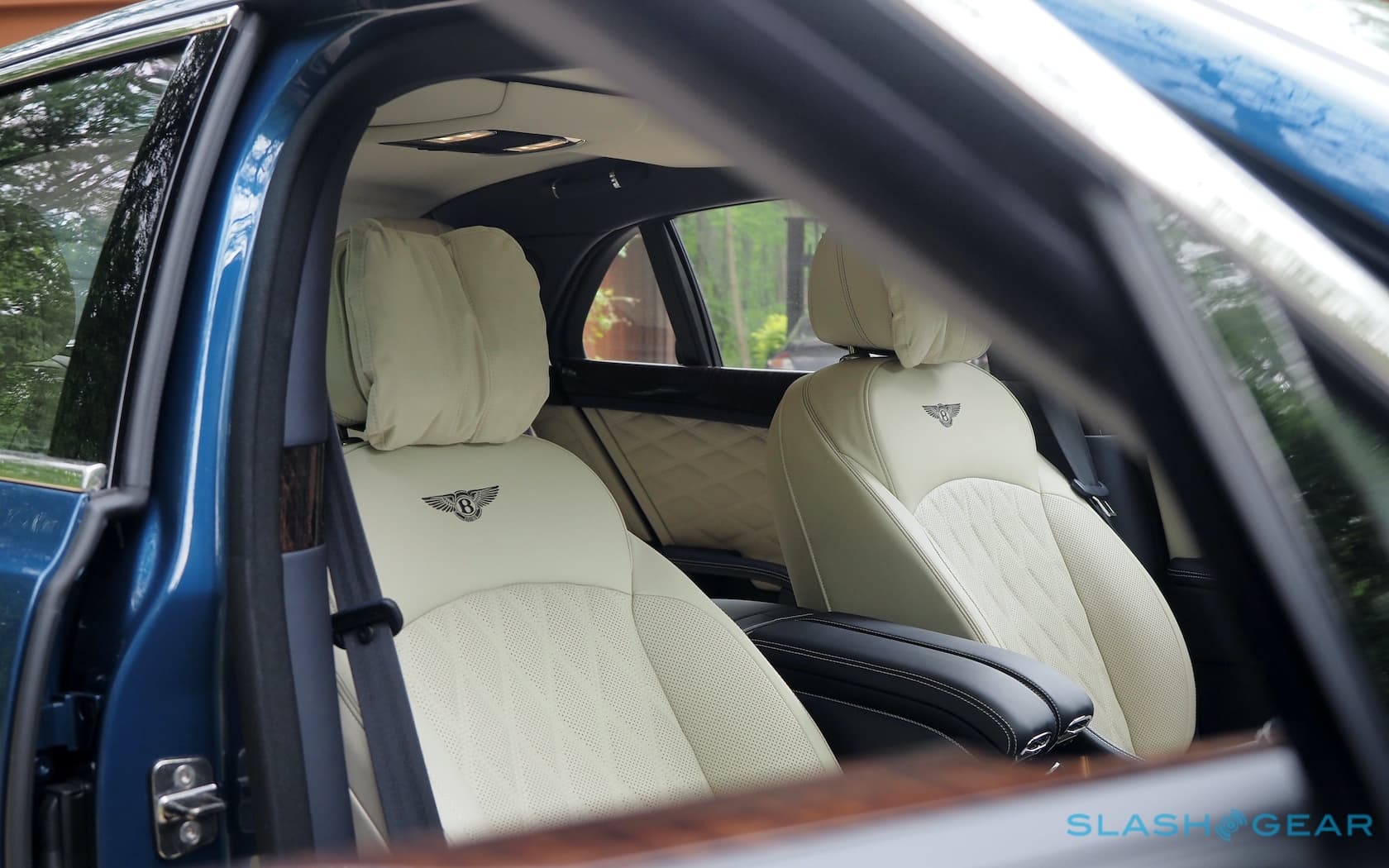 Wood veneers, from some of the finest and rarest sources, are stacked carefully in temperature and humidity controlled rooms. Waiting to be sliced wafer-thin, bookended for eye-pleasing symmetry, hand-varnished and polished, and then installed into an upright dashboard with imperious poise second only to that of the White Cliffs of Dover.

Every piece, every component, has a story behind it. Not one of putting out supply bids to tender, and negotiating just-in-time contracts, then waiting for a trunk of chromed trim pieces to arrive for assembly, but of literal artists not only matching with their human hands the best of robots and mass production, but besting them too. 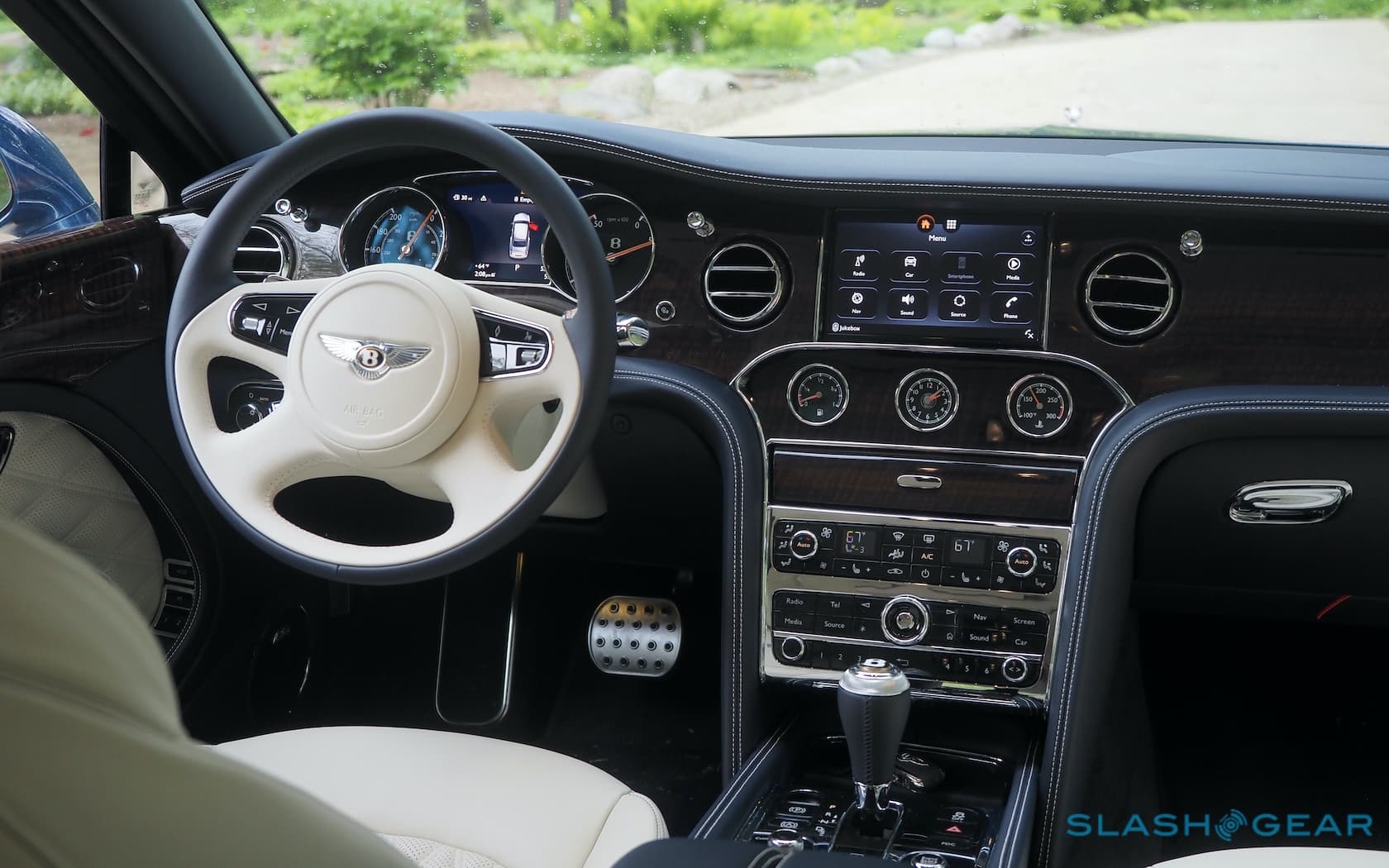 That is, of course, both the boast and the bottleneck. When Bentley says it produced “over 7,300” Mulsanne, it doesn’t mean in one year, it means across that full 11 years of production. The Flying Spur – which comes as close to replacing it as any vehicle can – takes around 130 hours to build. Sx hours less than the time a Mulsanne’s interior trim alone demanded. 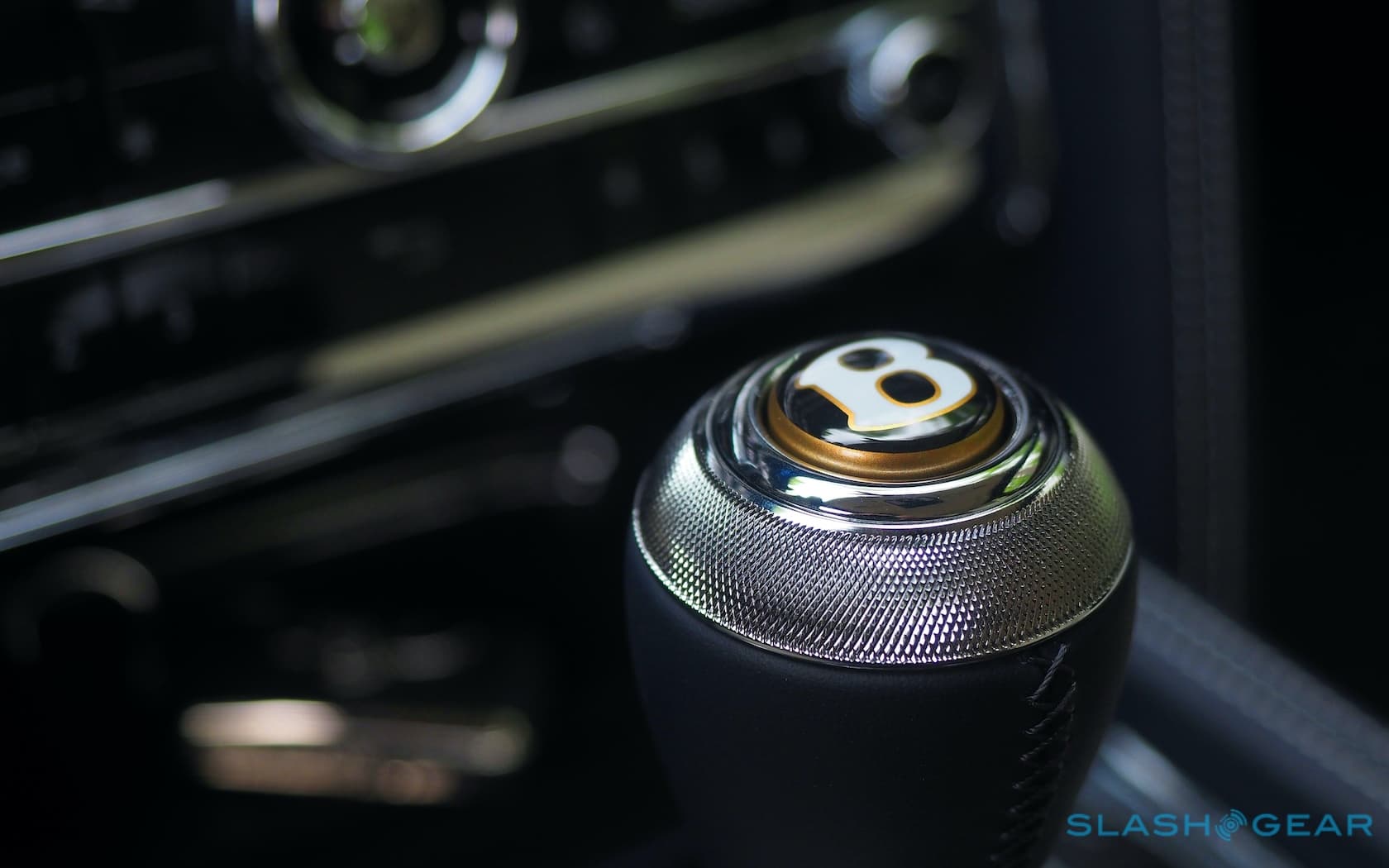 Don’t get me wrong, the Flying Spur is a wondrous thing. Handsome, fast, and with technology that put the Mulsanne’s dashboard to shame, it’s very much a luxury sports sedan for the modern era. It’s special, but then a Mulsanne was always a speciality. 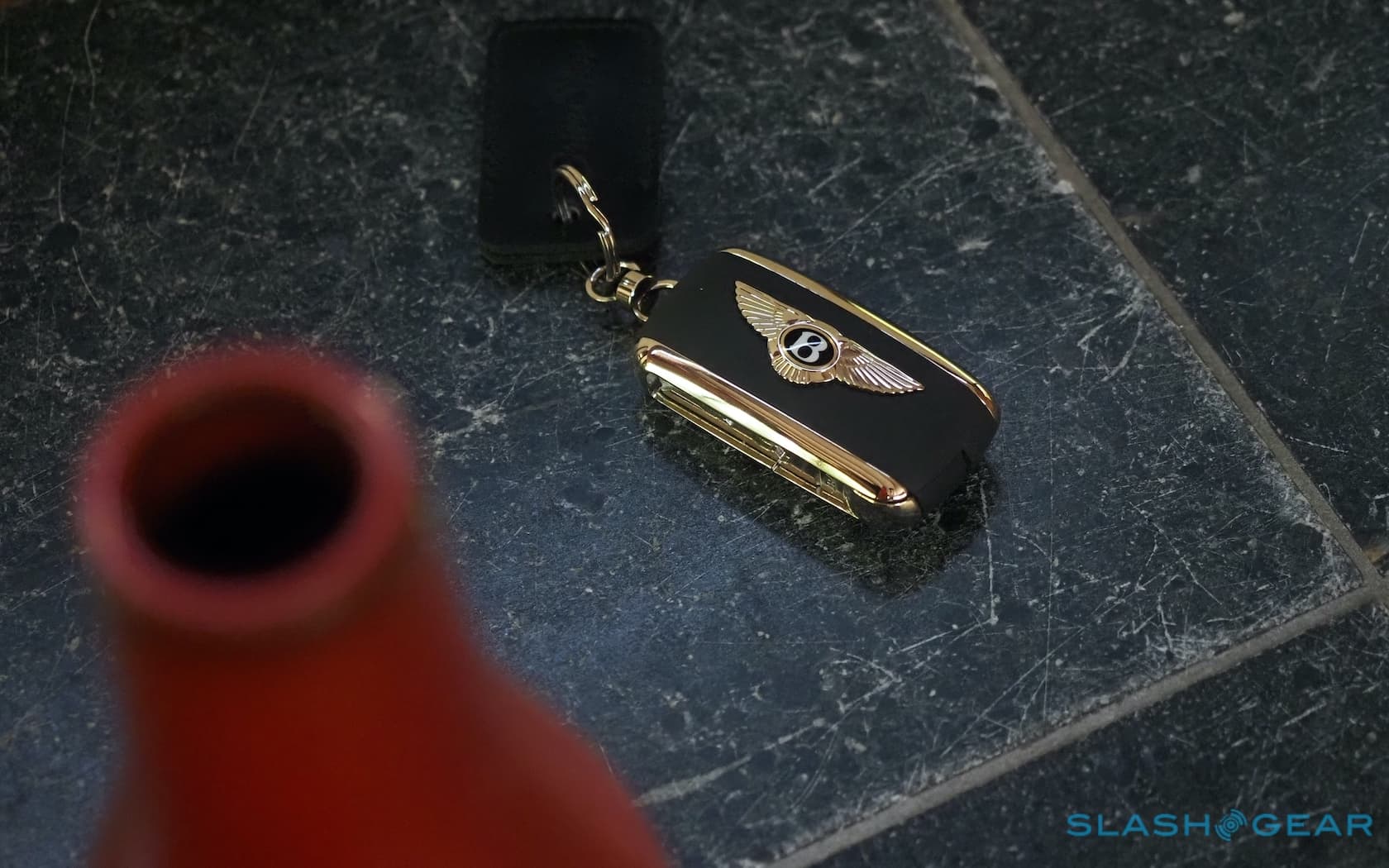 It’s easy to look at companies like Bentley, those for whom heritage is arguably just as important as product, and question their place in a rapidly changing world. After all, the most-discussed automaker today is 17 years old, operates more like a tech startup – for better or worse – and is helmed by a CEO as often found chuckling about the silly noises his vehicles can make as he is prognosticating about a driverless future. When the behemoth that is Volkswagen Group is playing catch-up to that world, where exactly does Bentley fit in? 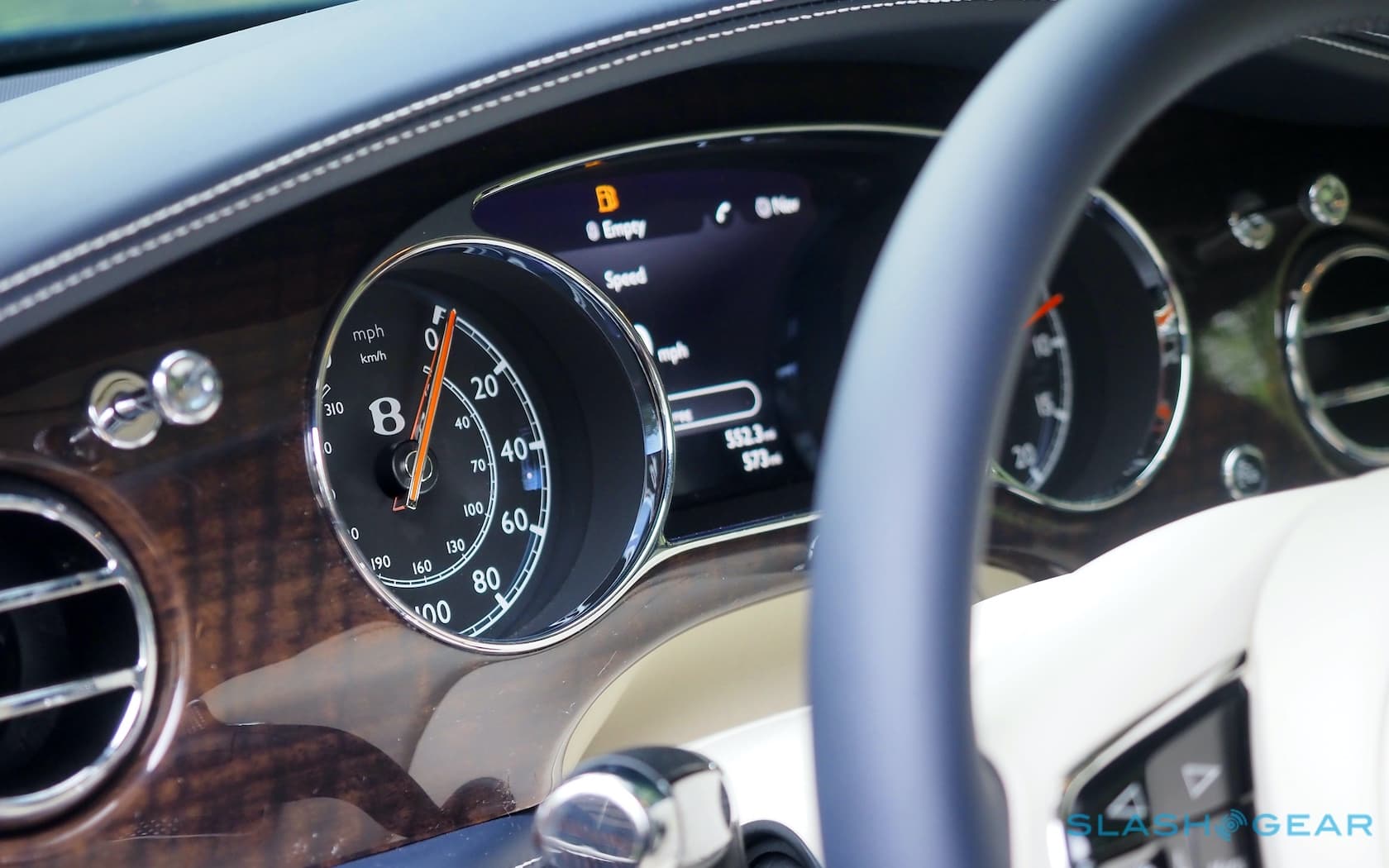 The answer, it turns out, involves trying to strike a balance between history and modernity. At this point, the production hall that once housed the craftspeople responsible for Mulsanne production has been cleared out. Bentley plans to use it, and an expanded campus, as it pivots to embrace electrification.

That’s not lip-service, either. Unlike some other super-niche automakers, which have grudgingly conceded to add a little electric to their ranges as they cling to an internal combustion legacy, Bentley is going all-in. Every car in the company’s range will be a plug-in hybrid or fully-electric by 2026, it insists. Come 2030, it’ll be battery electric only. 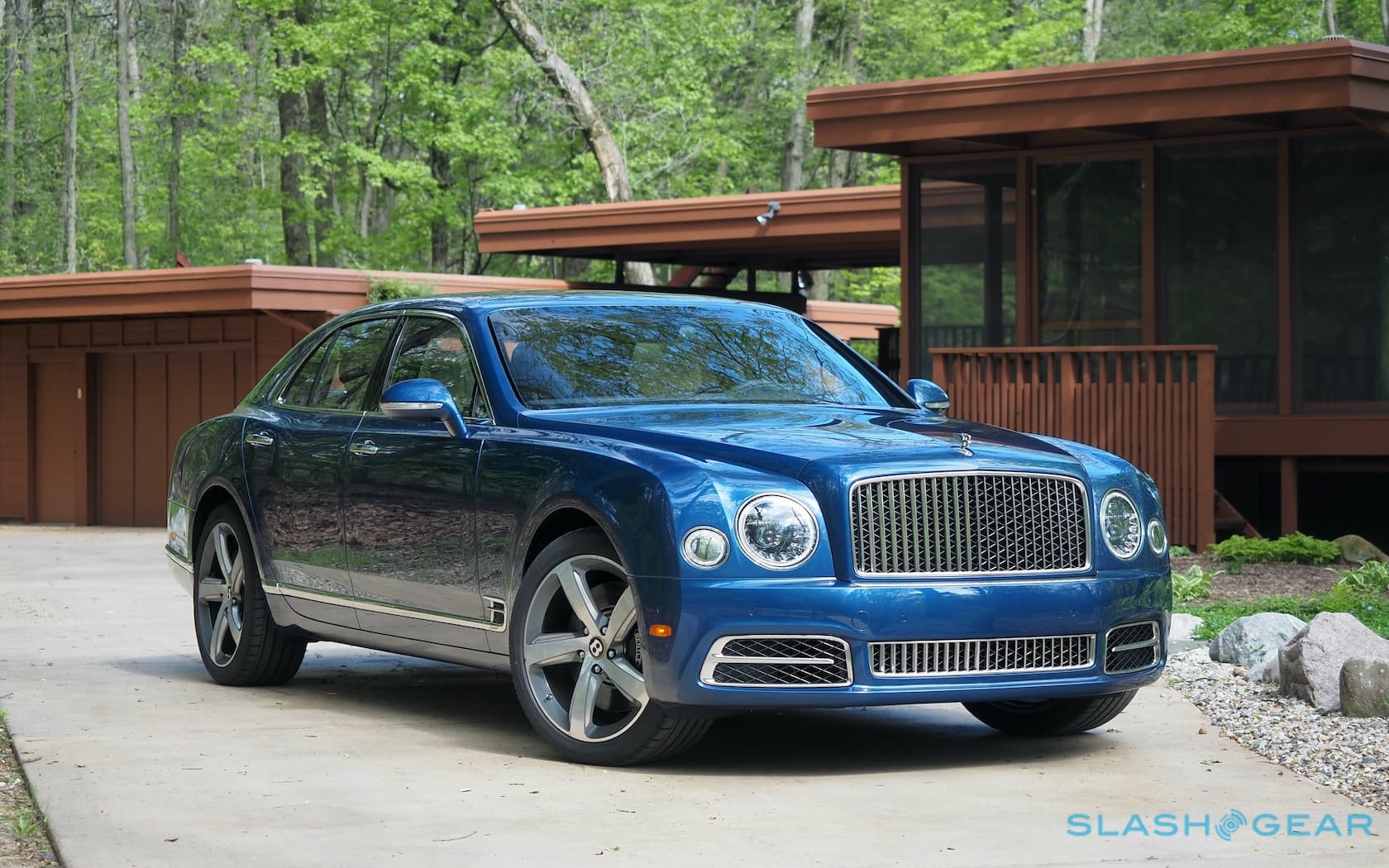 For a company which has prided itself on coaxing a gas engine design through 60+ years of change, training the individual engineers whose names grace the V8 they alone constructed, that willingness to wave goodbye to fossil fuels seems odd, at first. Sure, plenty about electric motors makes a whole lot of sense for a luxury marque like Bentley, not least their ability to deliver ocean-parting levels of torque that could well put even the Mulsanne to shame. Nonetheless, it remains uncertain whether an EV could embody the same charm as that which helped make the automaker such an icon over its century in existence. 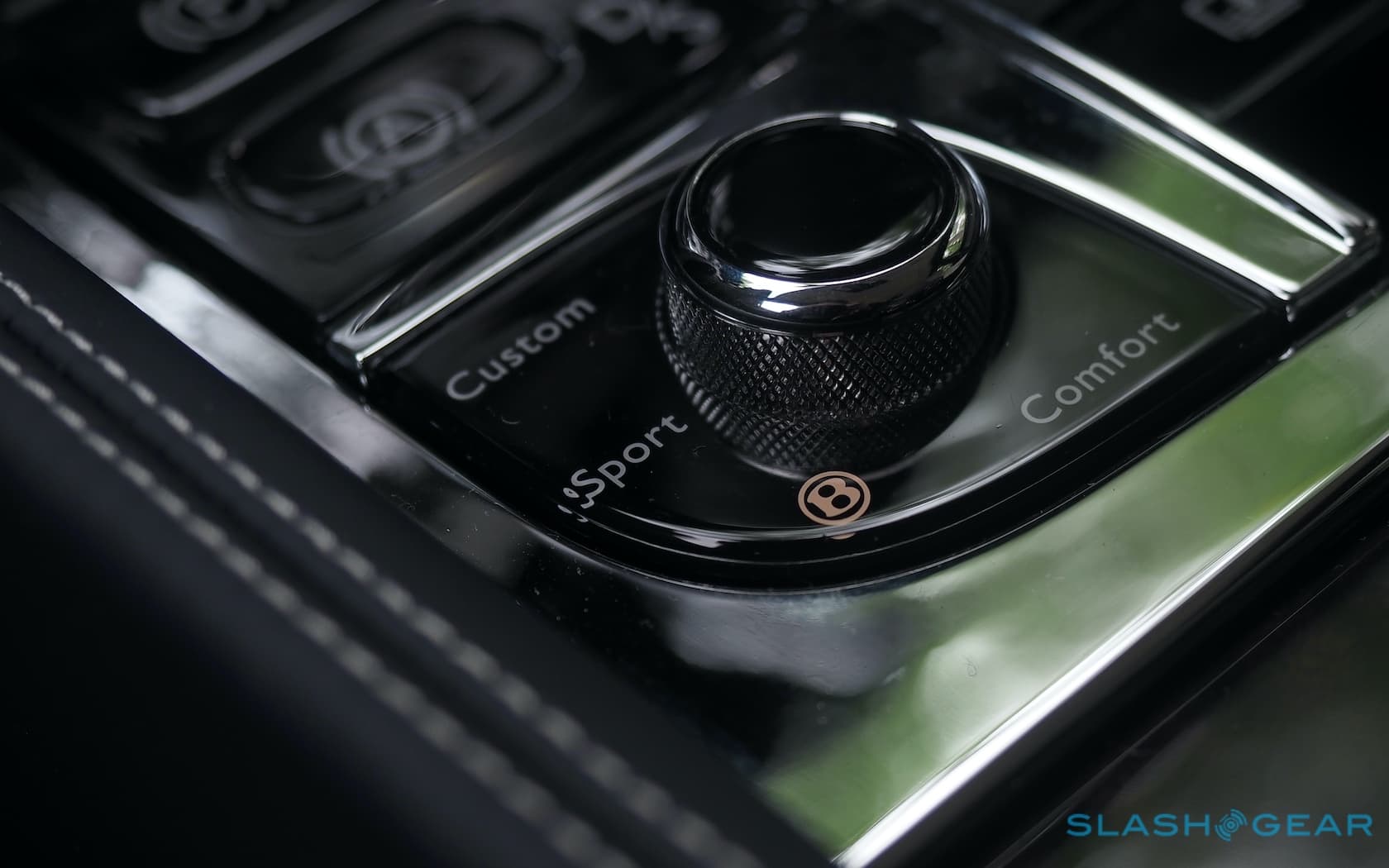 Pragmatism may be the key. For all they cater to the varied whims of the excessively wealthy, there’s a realistic streak to Bentley employees when they talk about the future. You adapt, or you die, and when you’re responsible for shepherding a famous brand into a new era of transportation that means you do what it takes to not only survive but thrive there. 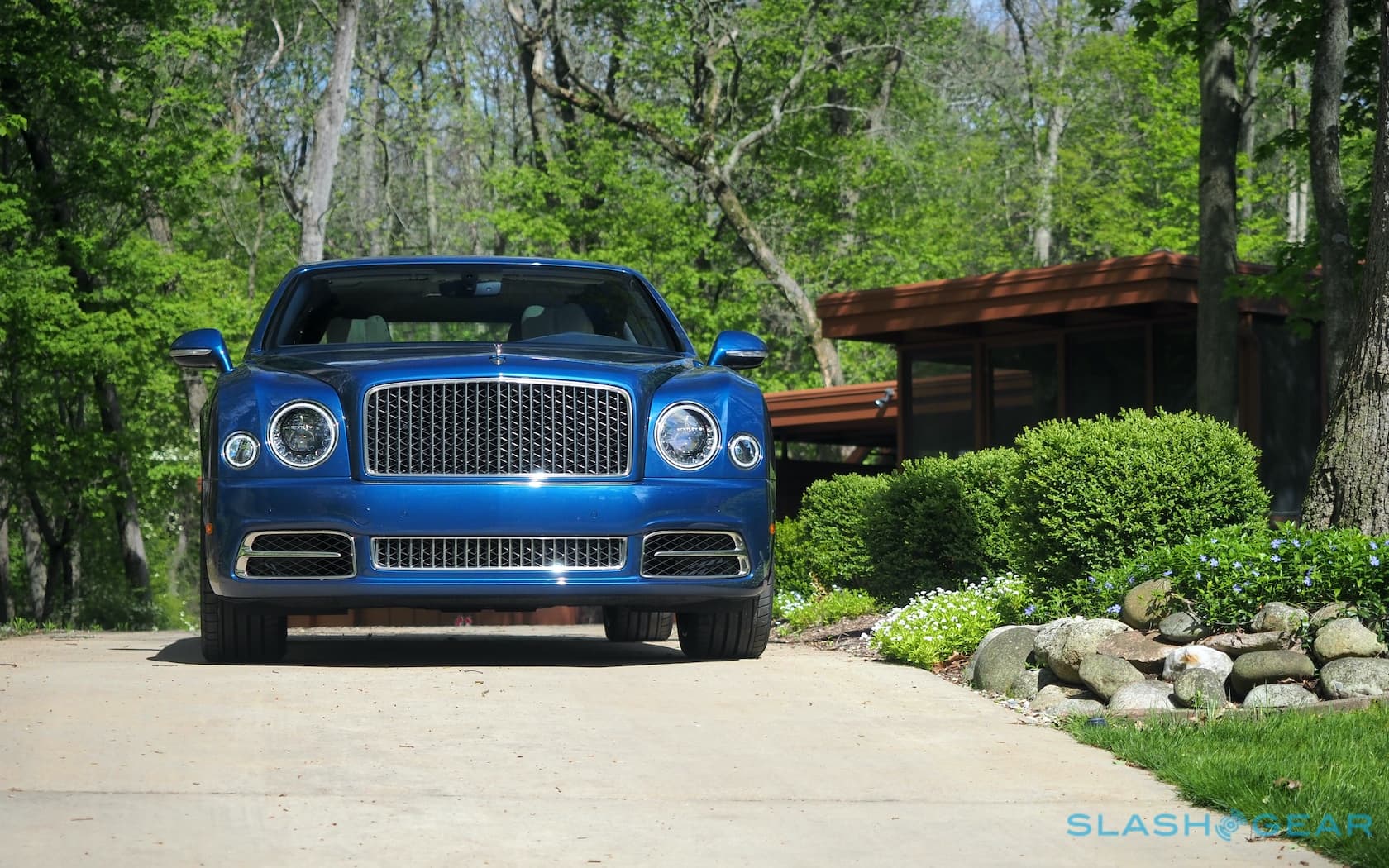 On that level, Bentley arguably has it better than many of its counterparts. The pace at which you go from A to B has only ever been one element of the automaker’s story: it’s the style in which you ride that sets it apart. While the “six and three quarter” gas engine may be replaced by electric motors and the batteries that power them, there’s still a place for craftsmanship and scrupulous attention to detail for the vehicle that wraps around that high-tech drivetrain.

If that’s the future, then the Mulsanne Speed is very much the past. Like the best parts of history, however, I suspect the sedan’s strengths will help educate the next generation of Bentley models: new materials and technologies shaped and perfected by old hands. As legacies go, you can’t really ask for much more than that.